This guide is meant to be a complete list of solutions for each and every level within Turing Complete.


WARNING. NOT EVERY SOLUTION WILL BE “MAX EFFICIENCY” AND THESE SOLUTIONS ARE OFFERED IN THE HOPES THAT YOU WILL MAKE EVERY ATTEMPT TO FIND THE SOLUTION ON YOUR OWN FIRST.


Side Note: I chose to make this because I grew tired of seeing half-finished guides and guides that would list a level as “WIP” and then provide a solution for a further level because there’s no way to achieve the further levels without achieving their “WIP” levels first. That being said, this guide is sadly also a WIP and will remain half finished until I can figure out the rest of the levels. For that, I apologize. Any submissions for solutions is much appreciated and will be added to the guide as soon as I can verify that they work.

Simply draw a wire from the in to the out.

The logic of the NAND gate lies in the fact that the only time it does not output a signal is when both of its inputs are “on.” 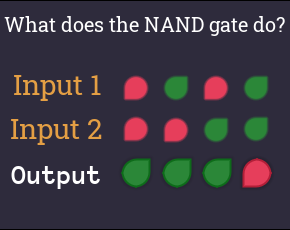 The logic of the NOR gate is simply the opposite of the OR gate. In other words, it outputs an “on” signal only when neither of its inputs receives an “on” signal.

Much like OR/NOR, the AND gate is simply the opposite of the NAND gate. In other words, it outputs an “on” signal only when both of its inputs receive an “on” signal.

As its name suggests, the logic of the Always On always outputs an “on” signal. 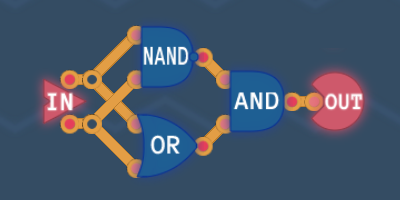 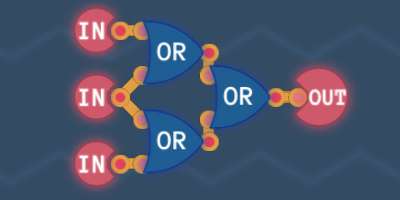 Much like the Bigger OR gate, this one is simply a larger version of the AND gate. It outputs an “on” signal only when all three of its inputs receive “on” signals. 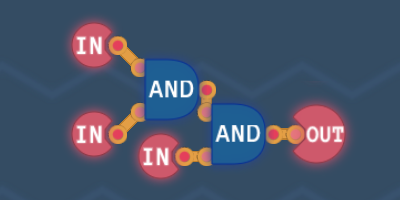 This gate is simply the oppositte of the XOR gate. It outputs an “on” signal when its two inputs are identical; regardless of what their actual value is. 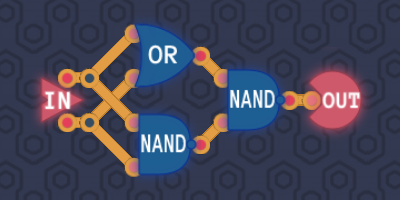 Due to the random nature of the questions, it is difficult to show images of solutions for this level. To put it simply, You are given eight inputs (referred to as bits) you just need to add the correct bits in order to reach the total required. For example, if we think of the bits as being either “1” or “0” and we understand that each bit has a value equal to a power of 2, then we can read each bits value as follows:

Using this table, we can find the value of any 8 bit number by simply adding. For example:

Due to the fact that this level gives you a specified amount of time to answer each question, it may be difficult at first; but you don’t lose the game for losing the level, so feel free to attempt as many times as necessary.

The logic for Double Trouble is that it simply requires you to output an “on” signal when at least two of the inputs are receiving an “on” signal. 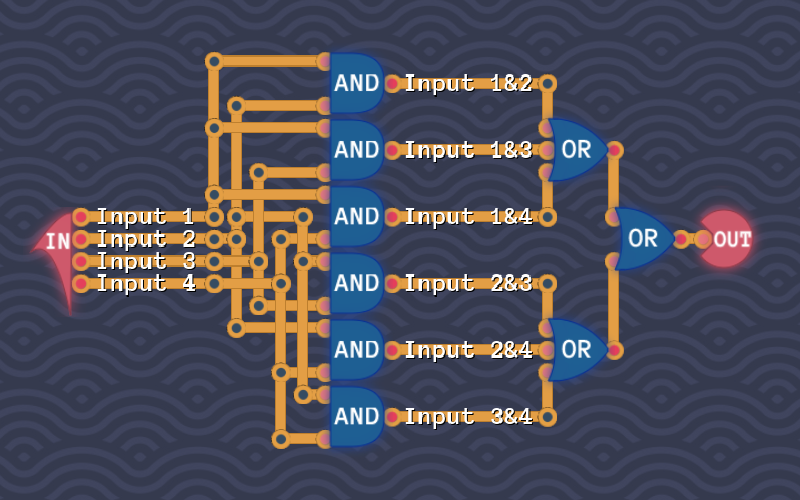 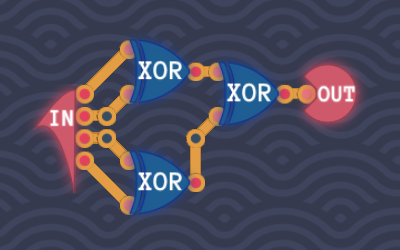 As the name suggests, this level requires us to count the input signals. The output component has 3 nodes on it and operates much like a Byte Maker; the first (top) node has a value of 1, the second (middle) has a value of 2, and the third (bottom) has a value of 4. 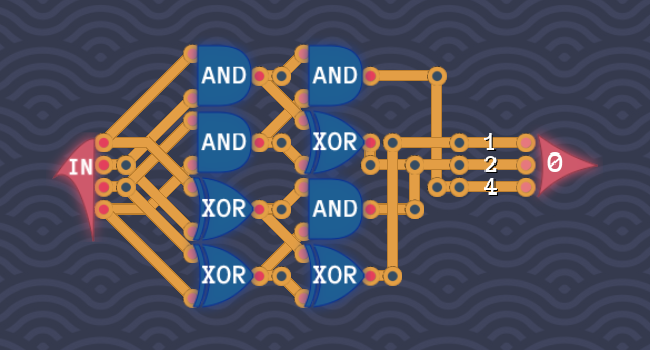 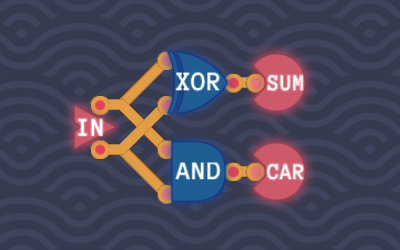 As the name suggests, in this level you simply have to double the value of whatever the input is. With the provided Byte Splitter/Byte Maker components, this is extremely easy; as you can simply pass each bit to its doubled value bit (i.e. 1 to 2, 2 to 4, 4 to 8, and so on). 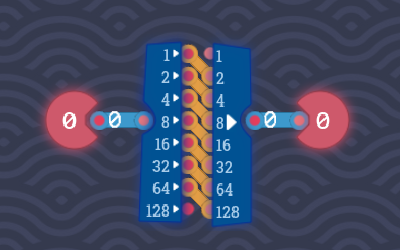 Much like Half Adder, this level performs addition using the inputs. The difference is that it uses a total of three inputs/bits; so, now we can have a value of three with the “SUM” output still being for values of 0 (off) or 1 (on) and the “CAR” output still being the carry for when we have a value of 2 (when it’s on). Due to the composition of the components, both “SUM” and “CAR” can be on at the same time, making the total value of three. 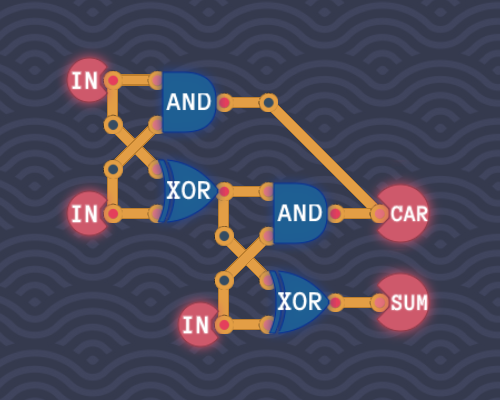 Much like the name suggests, this level simply ORs each pair of corresponding bits within two byte values. 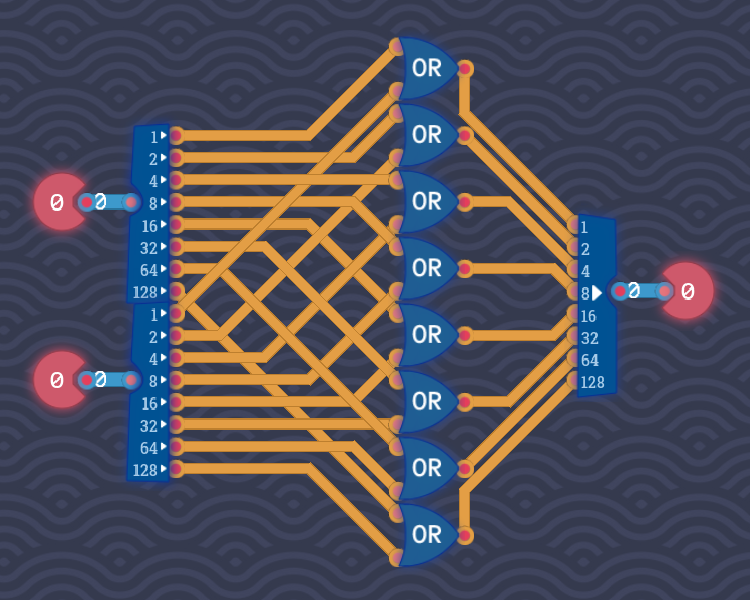 Much like the name suggests, this level simply NOTs each individual bit within a byte value. 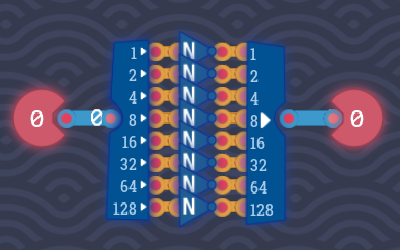 Much like the name suggests, this level adds together two byte values. The composition of components is rather complex, however. 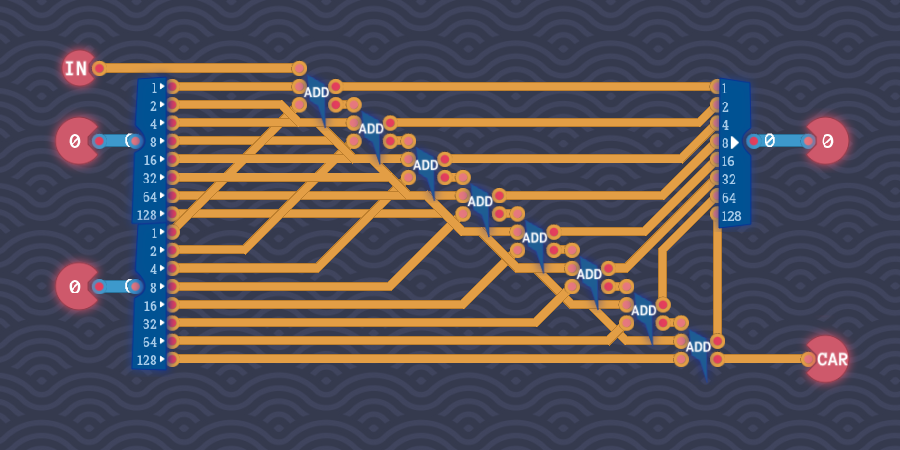 In this level, you are required to devise some way of representing negative numbers. The solution is to simply take the left-most bit (the one that by default has a value of 128) and make it negative (set it to a value of -128). This allows you to represent any number from -128 all the way to 127 using only a single byte.

Much like the name suggests, this level requires you to devise a literal switch that, when turned on, allows a byte of data to pass through. 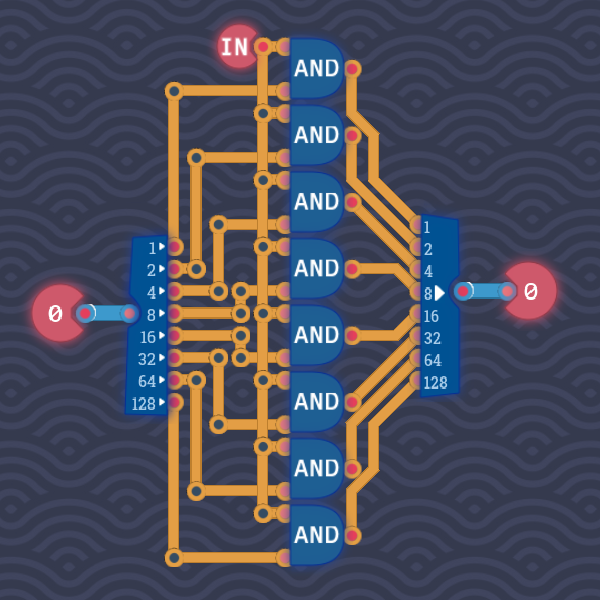 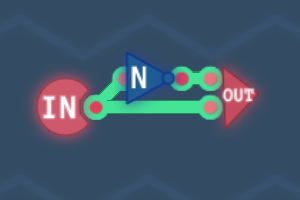 Much like the 1 bit decoder, the logic of this level uses the possible combinations of 3 inputs to select between 8 different outputs. 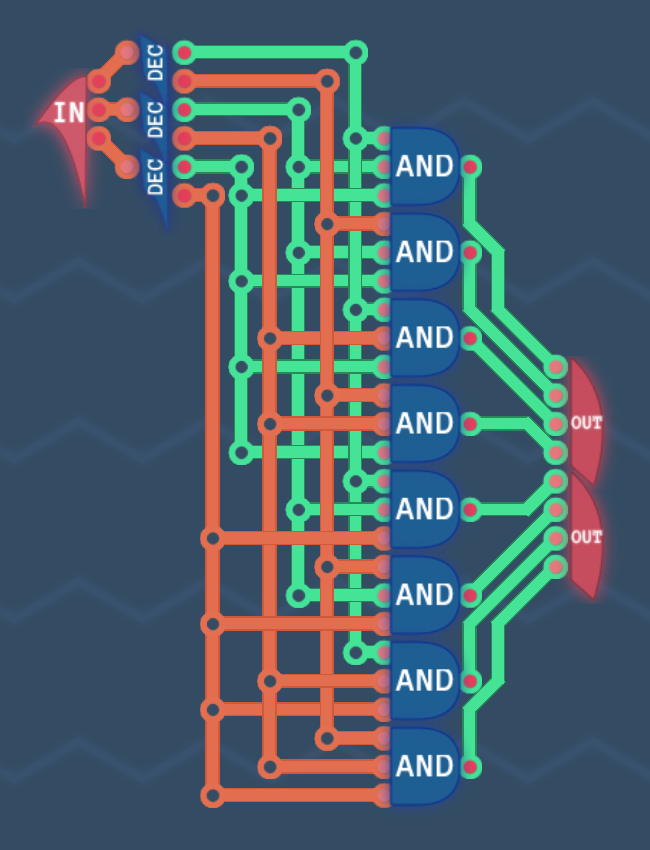 As the name suggests, this level requires you to make a “one way” circuit. This component, referred to as a buffer, prevents signals from traveling in both directions down a wire and allows you to mitigate interference in larger compositions.

This is a tutorial level that simply requires you to create a circuit whose input depends on it’s output. 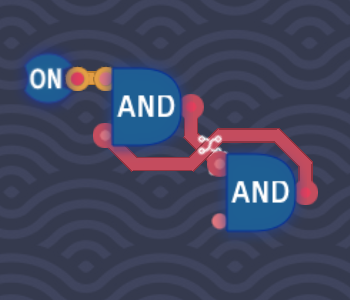 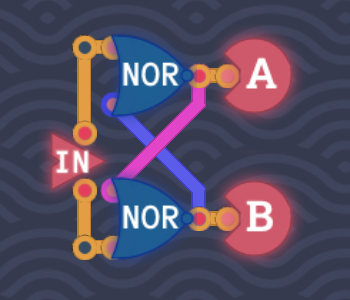 This level requires you to set the logic for 1 bit of memory. Basically, it creates a single bit with a “switch” like mechanism that allows you to save and load whether or not that bit is on or off. 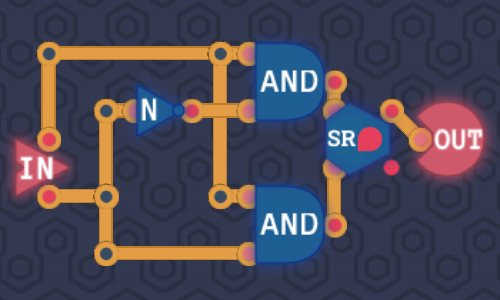 This level requires you to create a circuit that inverts the value of its inputs. This level is quite simply and literally just an XOR gate.

Much like how the 1 bit decoder decides between two outputs, this component goes in reverse and uses switches to select between two inputs. This is also referred to as a multiplexer. 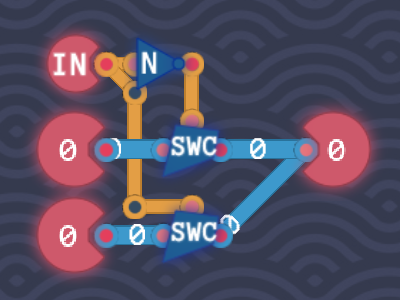 Here we come to an end for the 100% Guide – Turing Complete guide. I hope this guide has helped you with your gameplay. If you have something to add to this guide or believe we forgot some information to add, please let us know via comment! We check each comment manually by approving them!