Guide to getting all the achievements in the free stealth game Shadow Burglar. Note that some of them may be buggy.

Shadow Burglar is a short, free, but great stealth game. The game has 2 levels, the first level, Train Station, only has 1 map, while the 2nd level, Ship, has 2 maps. For convenience, I will refer to the first one as Lower Ship and the second one as Upper Ship. The levels are quite linear, with only a few side rooms, usually containing collectibles.

A Ticket to Nowhere: Awarded for finishing the first level.

Story-related. Should be earned after completing the Train Station level.

All Aboard: Awarded for finishing the second level.

Story-related. Should be earned after completing the Ship maps, and finishing the game.

Pacifist: Awarded for finishing a level without taking down a guard.

Easily done in the first level. When William tells you he can take care of the guard blocking the way, don’t do it, and instead wait until his lantern is not shining the path, and in your shadow form, quickly run past him.

Easily done in the first level, too. You can kill guards and still get this achievement, don’t have to pair it with the “Pacifist” achievement.

In the Shadows We Thrive: Awarded by learning the art of the shadows.

Unlocked by using William’s power to eliminate a guard. There’s a guard that’s not directly on your path before the prompted one early in the first level, but eliminating him doesn’t unlock the achievement for me. When you’re close to him in the dark, press F. 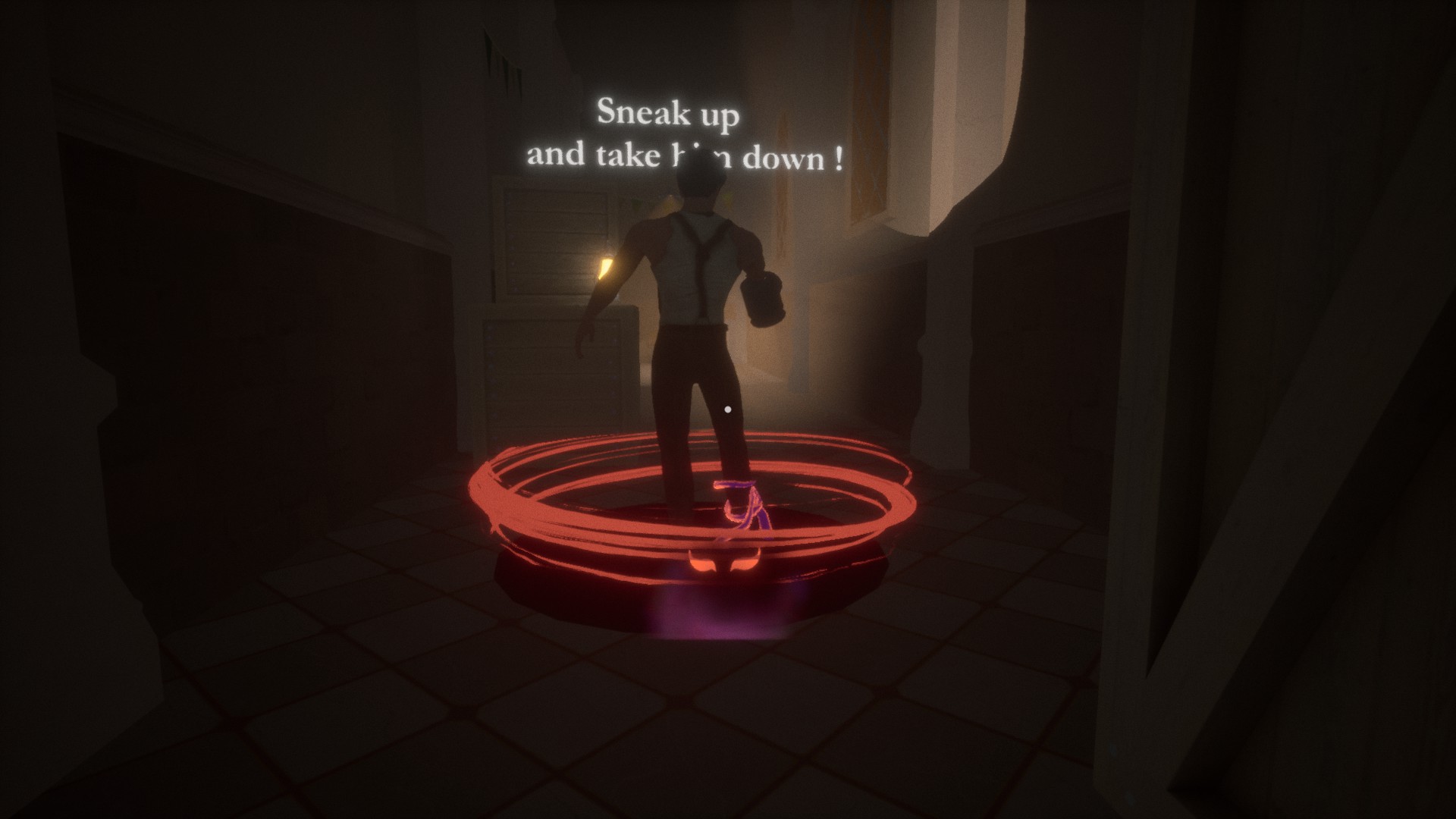 In the Shadows We Distract: Awarded by learning the art of distraction.

Unlocked by using a gramophone to distract a guard. There’s a prompt to do this near the end of the first level, and it’s pretty much the only way to get through. 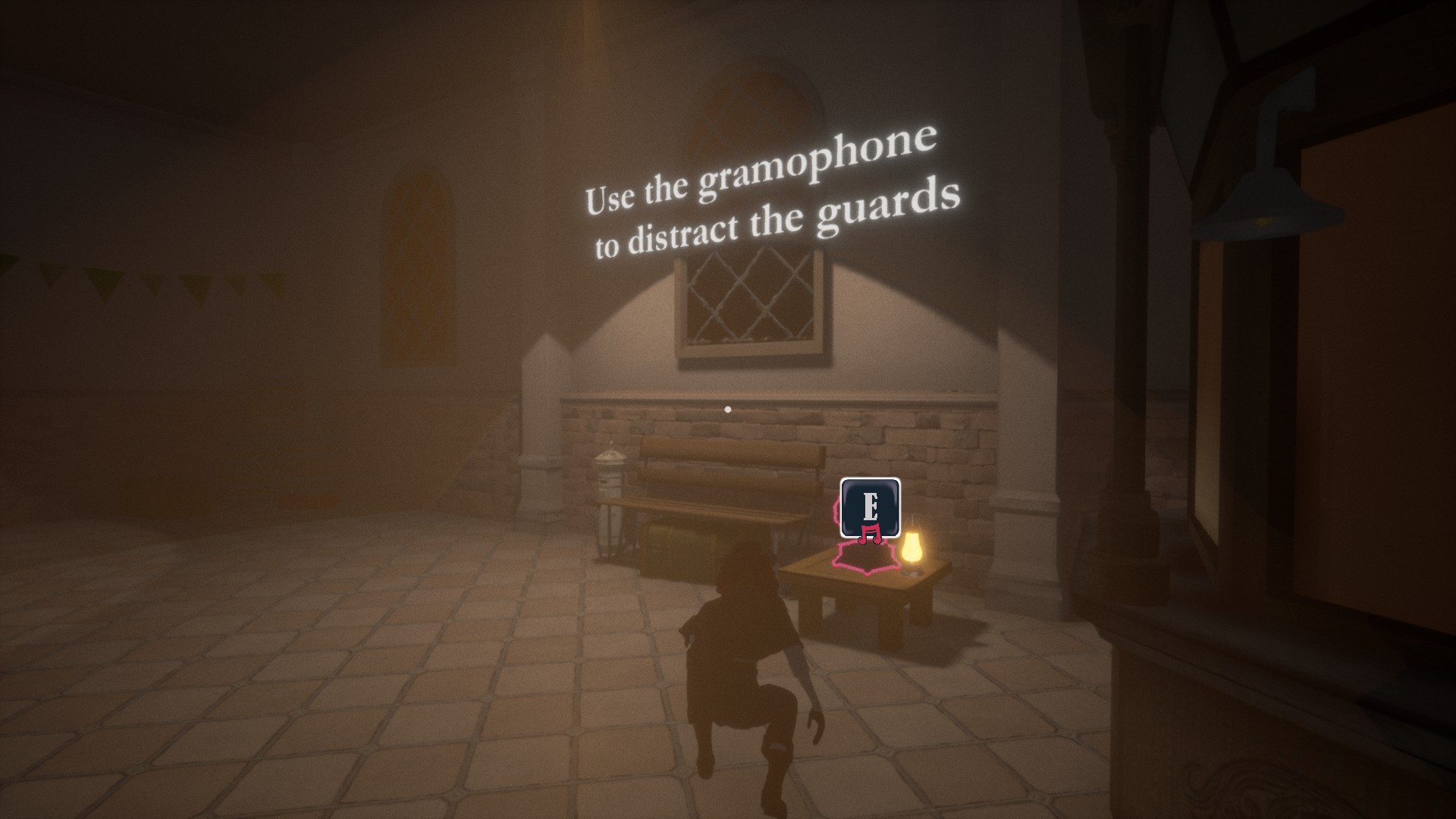 No Mercy: Awarded for taking down 10 guards in a game session.

Basically, eliminate 10 guards following the same method as “In the Shadows We Thrive”. Can be done across multiple maps, doesn’t have to be in one level.

There are 4 collectibles in this game, all of them located in the Ship level. 3 of them in the Lower Ship, the last one in the Upper Ship map. They are marked by a lit lamp in their respective rooms. There aren’t any in the Train Station level.

I See You: Awarded for finding the glasses collectible.

Early in the Lower Ship map, after exiting the luggage room, you will be in a hallway with stairs. Instead of going up and alerting the guard, go to the barracks room at the left. You will see the glasses on a trunk with a lit lamp. 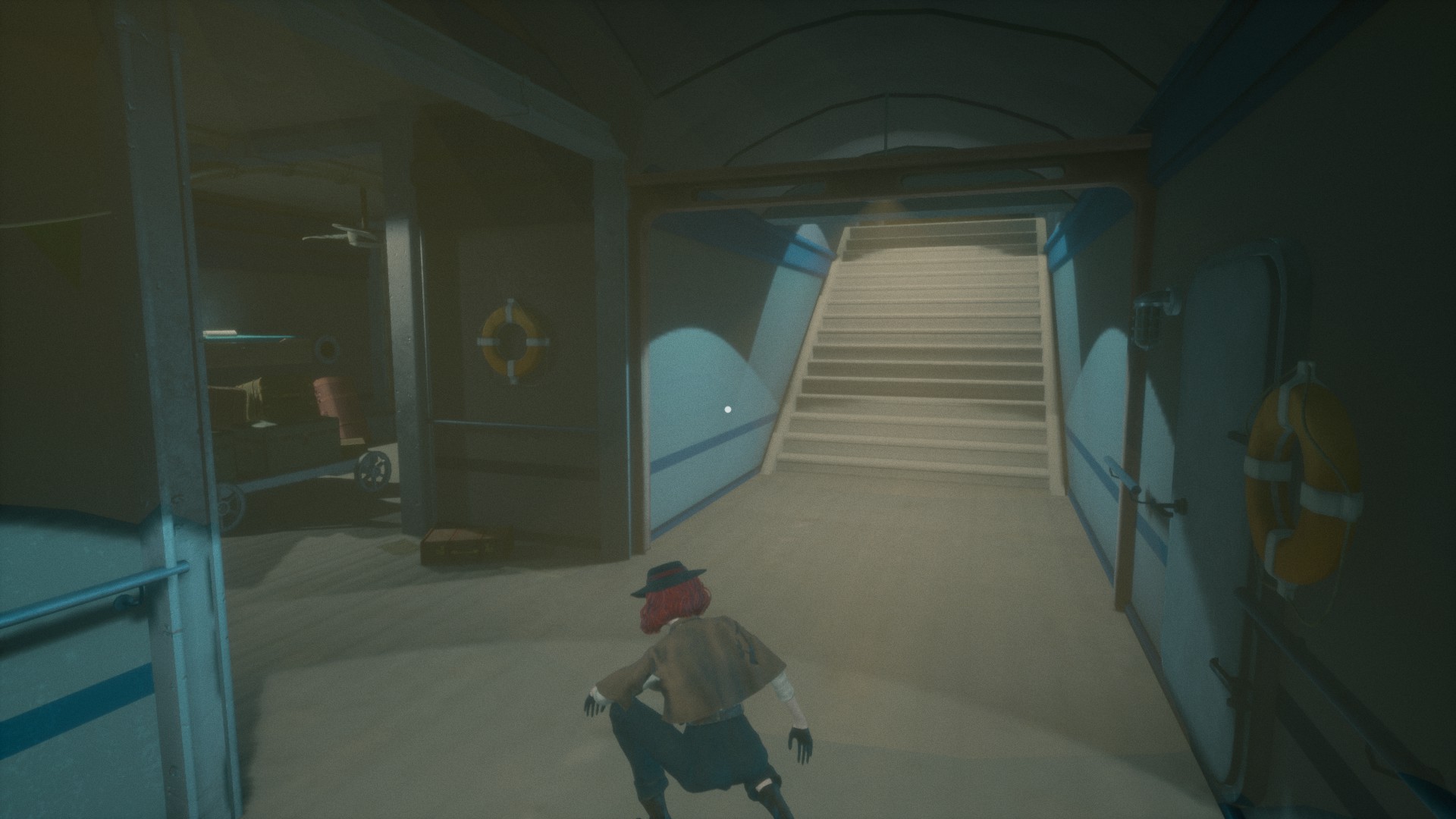 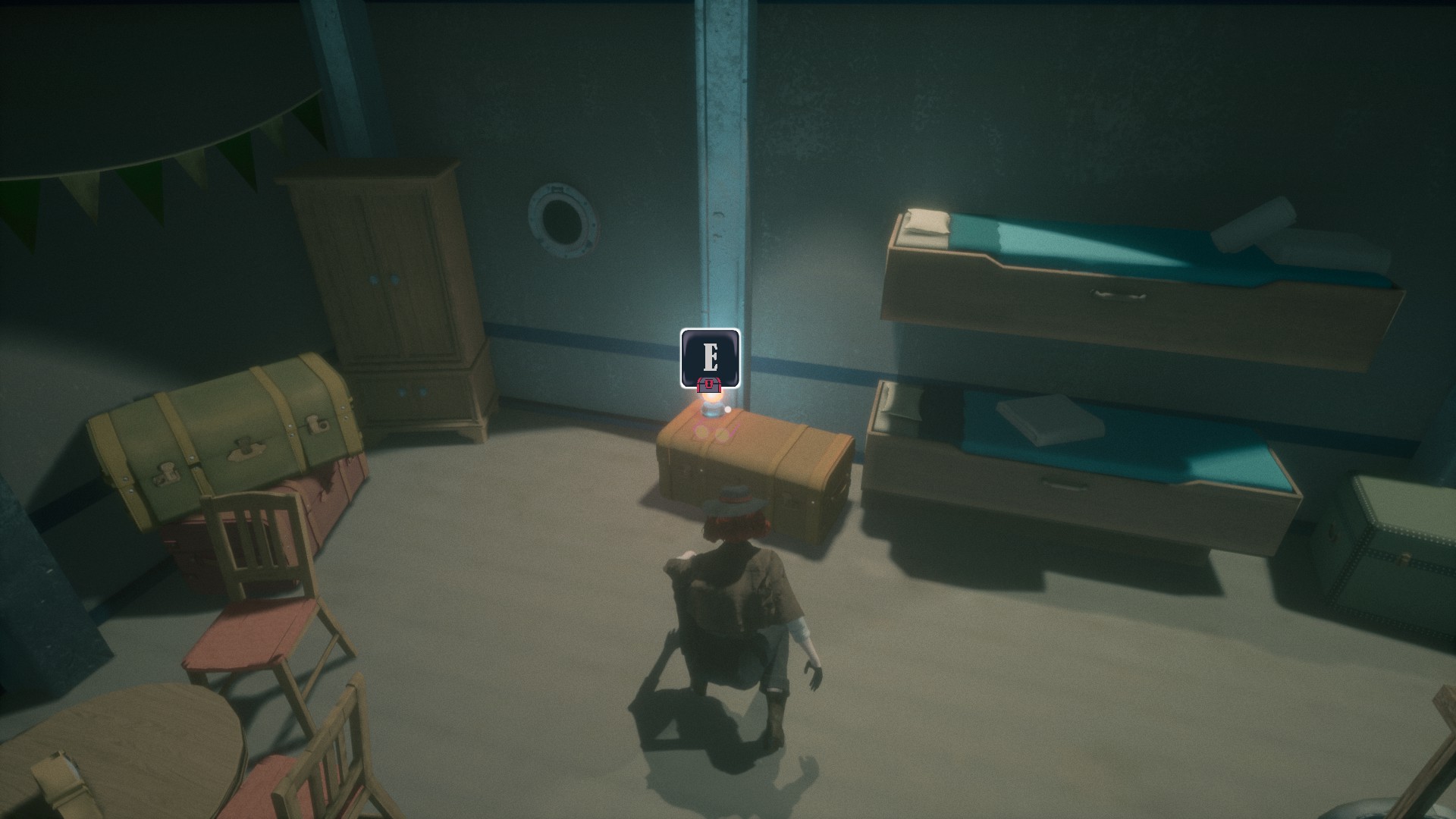 A Stylish Thief: Awarded for finding the top hat collectible.

Later on you will have to pass a brightly lit hallway, and your only way to cross is by teleporting to the guard’s shadows. There will be a wall with 2 teleport points, go there, and you will pass a dining room. The top hat is on a chair, near a lit lamp. 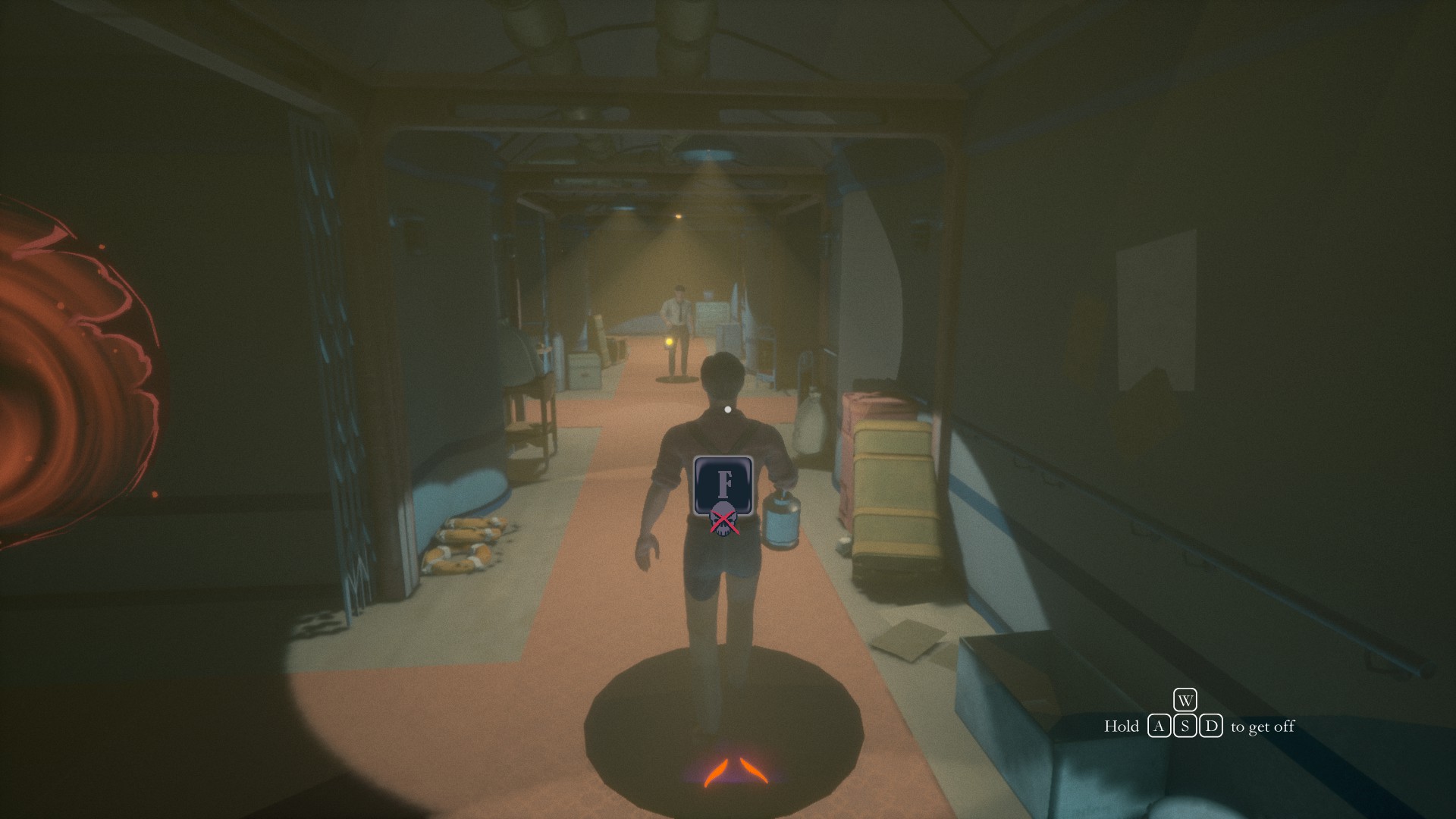 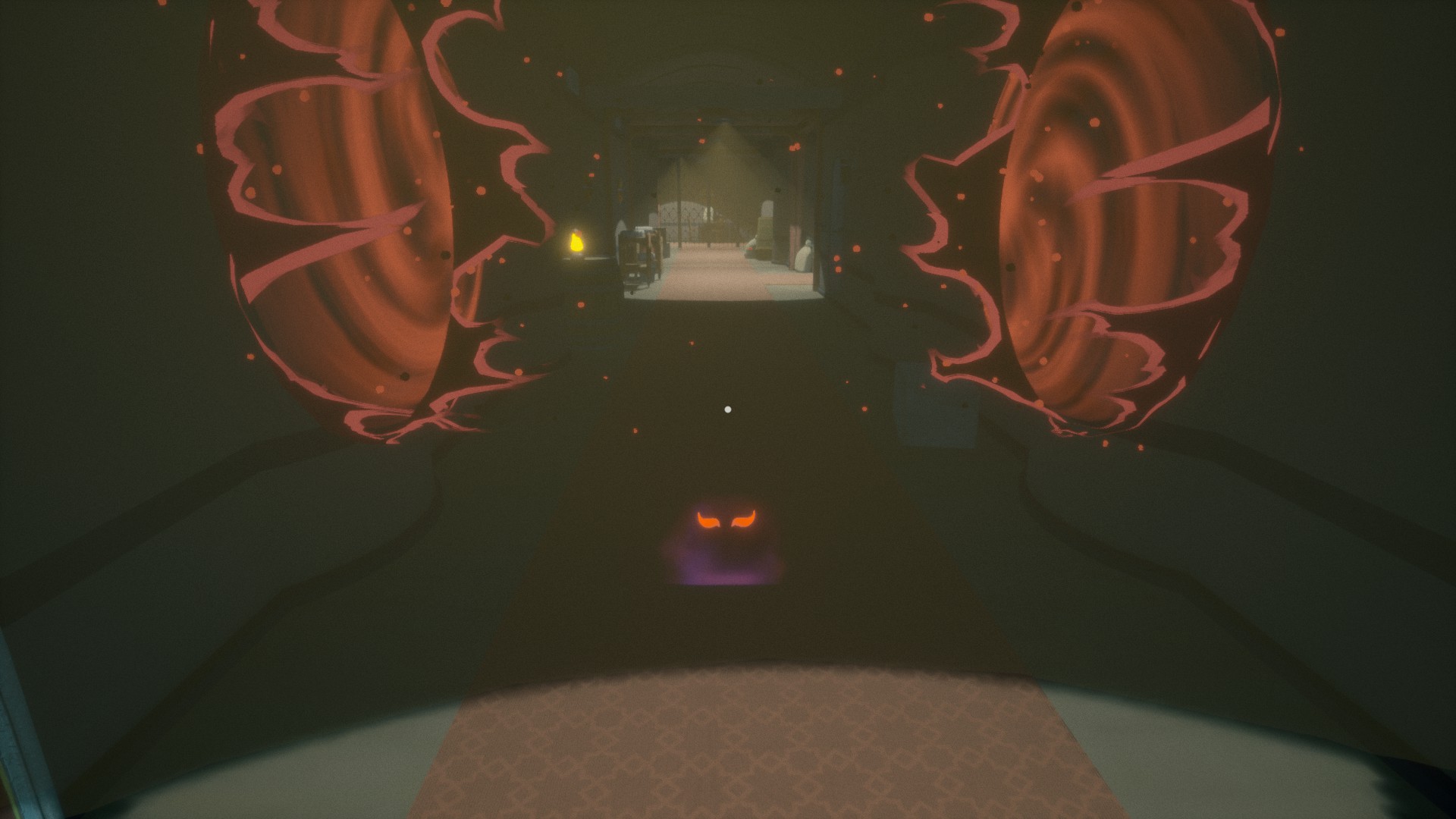 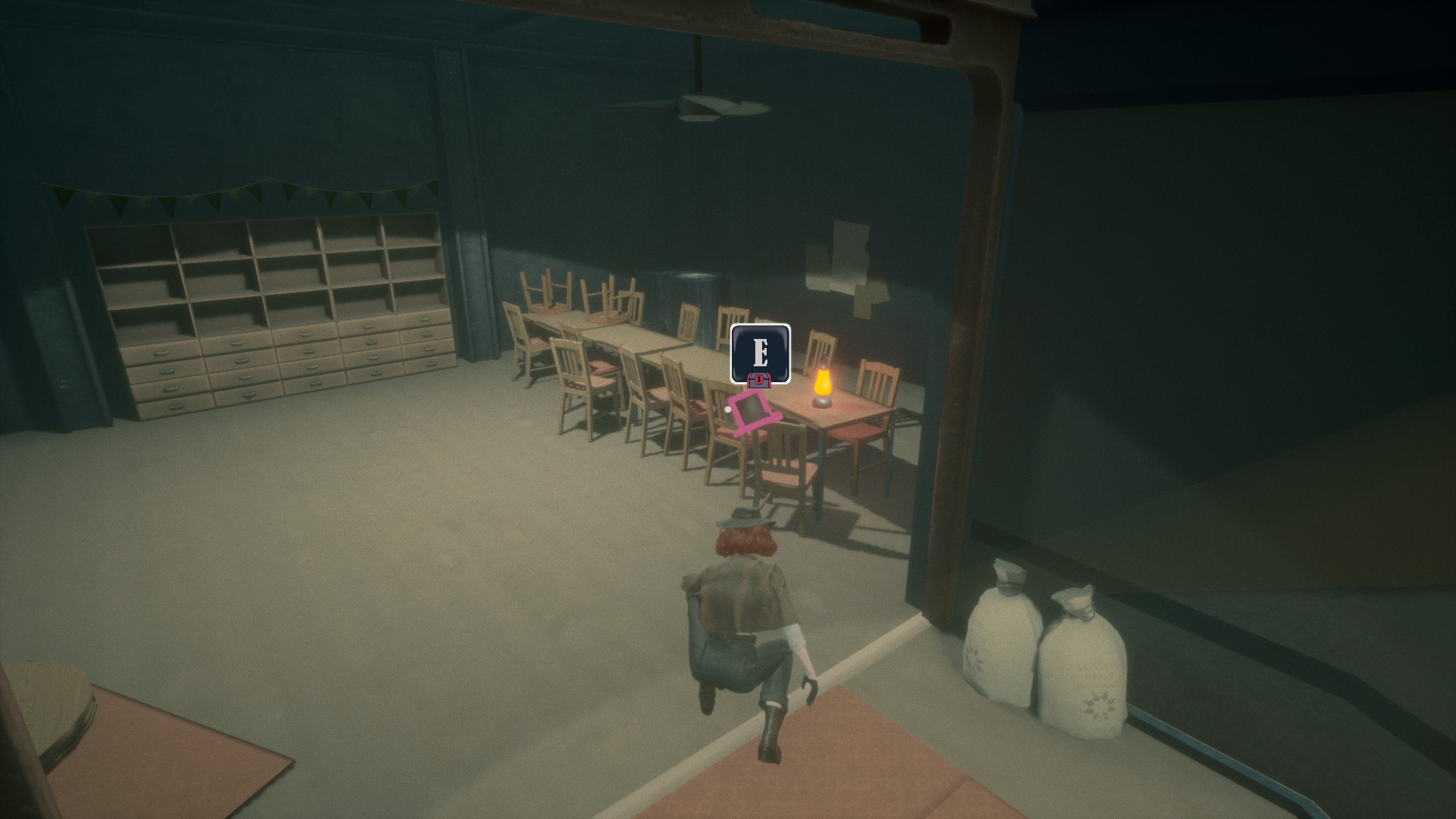 Time is Money: Awarded for finding the pocket watch collectible.

Next you will pass a kinda dark hallway. There’s a room to the right, with many barrels and sacks. The pocket watch is located on a trunk with a lit lamp. If Jean says the line in the image below, you went a bit too far, go back to the previous hallway. 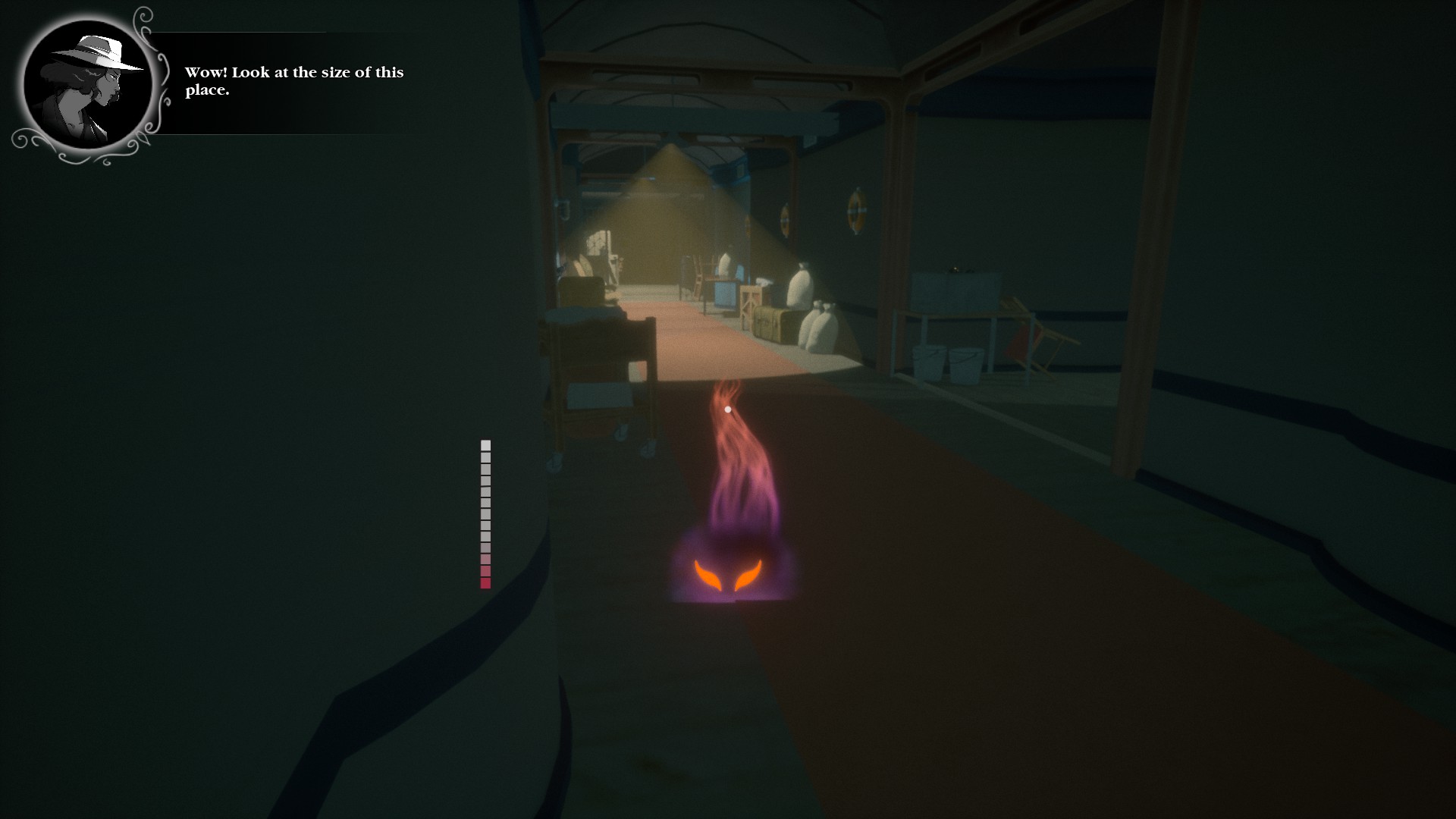 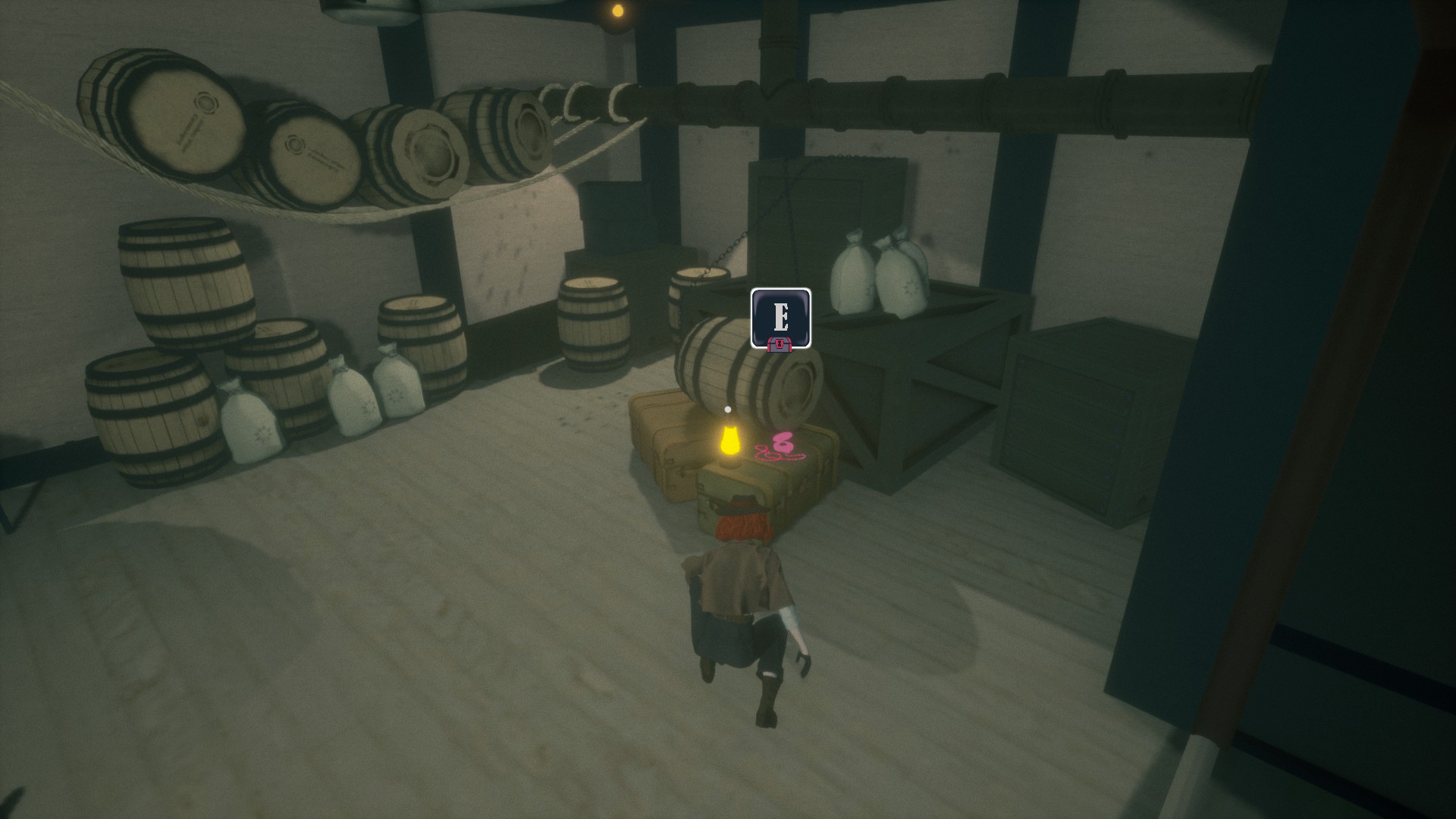 The only collectible in the Upper Ship map. From where you start, you will see a lit room across from you, behind a sailor. Enter the room, and the camera is on a table near the fireplace, again with a lit lamp on it. 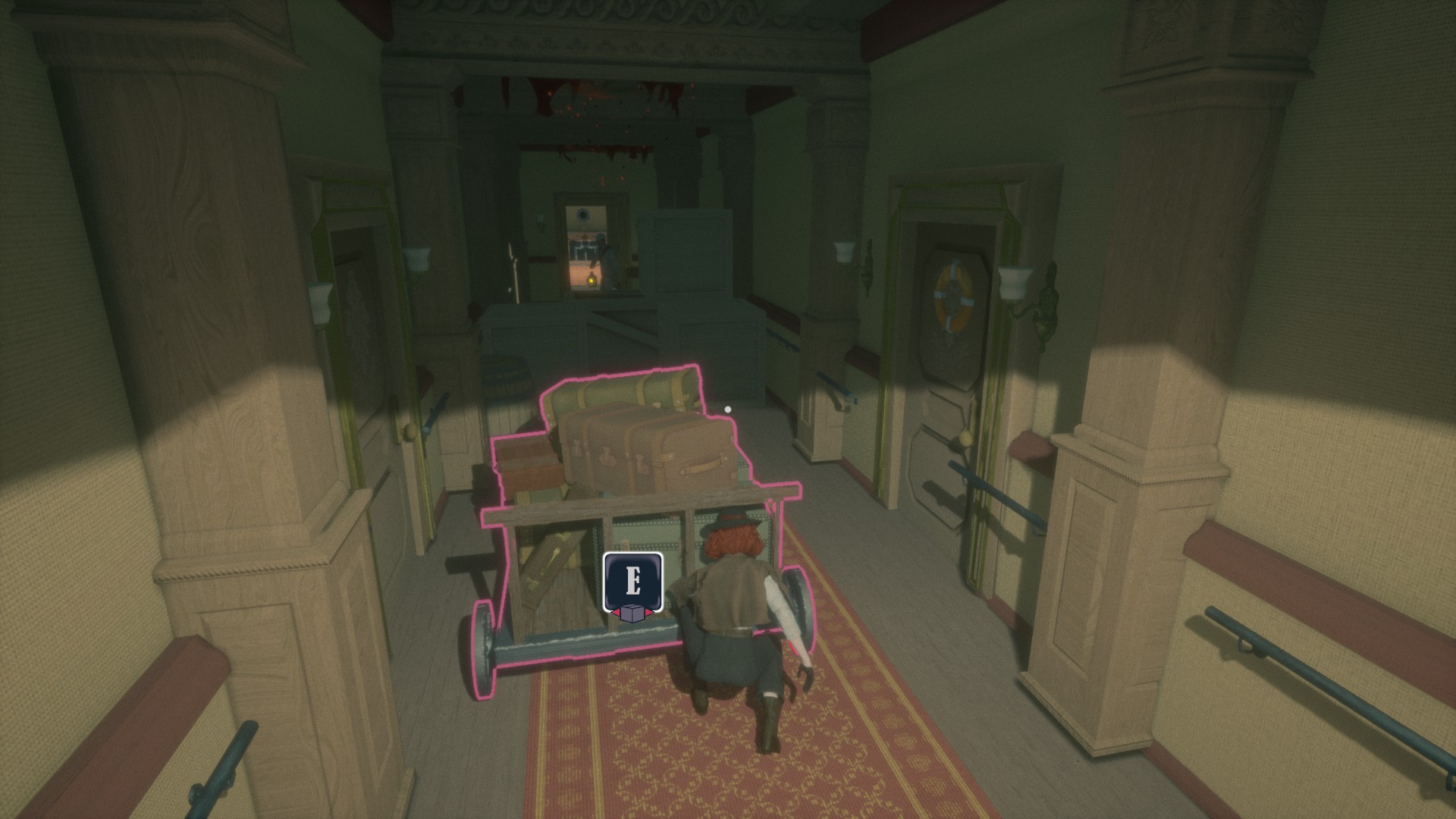 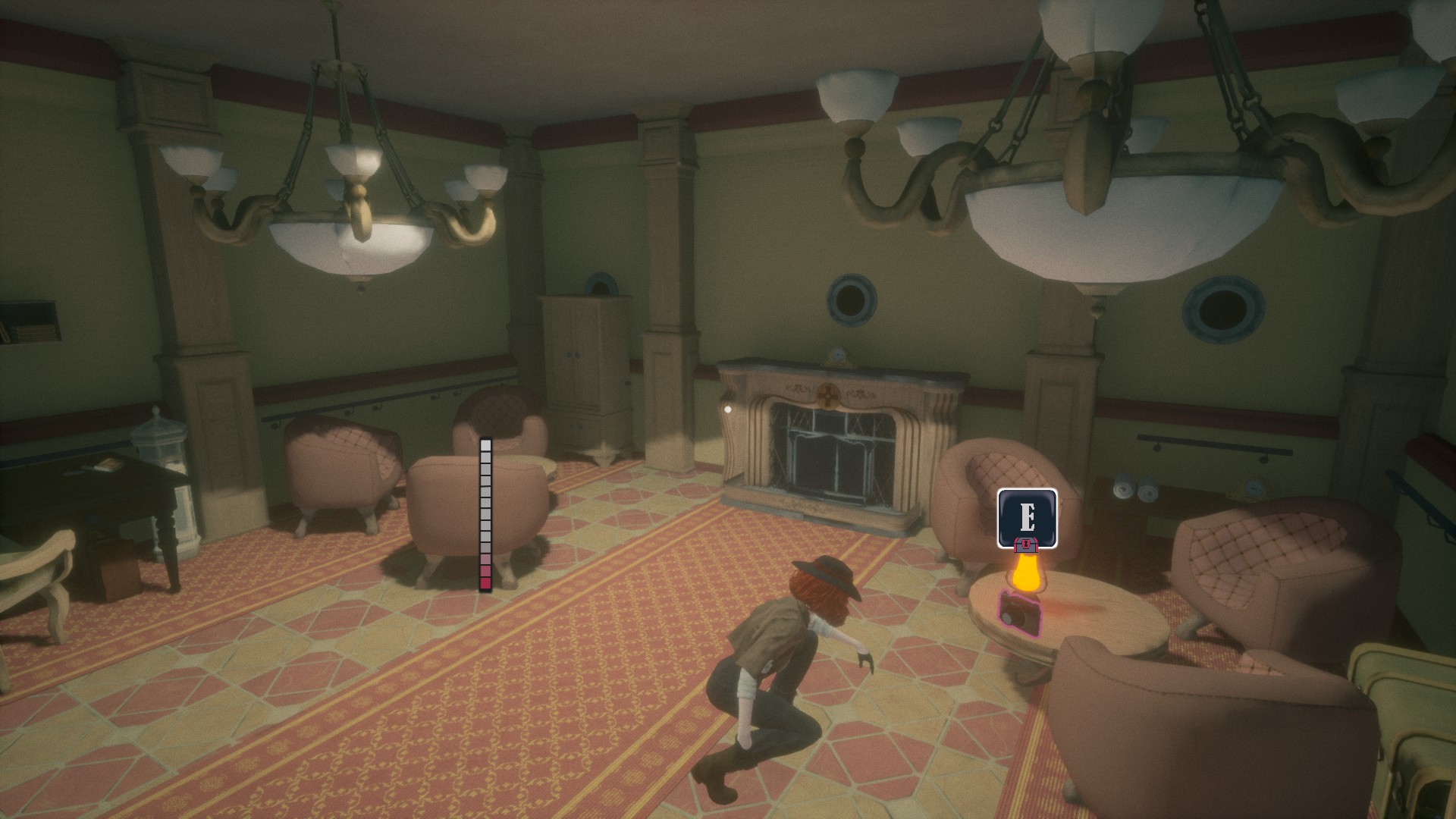 Collector: Awarded for finding all collectibles.

Will be awarded if you collect all of the collectibles. Not sure if it has to be in one run or not, but no big deal since they are very easy to find. However, it may be buggy, I unlocked it after picking up the pocket watch, before I even reached the Upper Ship.

Basically enter the Konami code in the main menu. It’s a well-known input. If you’re on keyboard like me, press up-up-down-down-left-right-left-right-B-A using the arrow keys. Or replace the arrow keys with WASD if it’s not working. If you do it right, you will hear a little jingle.


The achievement may be bugged and not unlock even after pressing the correct button. The solution is to click on the Shadow Burglar logo in the main menu with a mouse, and input using the arrow keys. The sound can be replayed and will still play even after you unlock the achievement.


The developers say that it unlocks some secrets, however the only one I notice is a poorly-drawn Jean in loading screens. If you notice any more differences, please tell me and I’ll update the guide!

This is all we can share for Achievement Guide – Shadow Burglar for today. I hope you enjoy the guide! If you have anything to add to this guide or we forget something please let us know via comment! We check each comment! Don’t forget to check SteamClue.com for MORE!