A guide for getting all the achievements in Lost Ruins.

If you have any questions, suggestions or feedback feel free to leave them in the comments!

Theres only a few unmissable achievements which are tied to regular game progression:

Hear all of the Goblin Merchant’s tales.

Shortly after defeating Yuri when you activate the Bridge for Boris.

Theres 3 different Endings to the regular story, one which can only be obtained on Veteran or Hardcore difficulty. These Endings are:

Arrive at the end.

Beat the game by failing the “An Ascetic Lifestyle” Quest and not having the Holy Sword.

Beat the game by completing the “An Ascetic Lifestyle” Quest (dont open any chests before meeting Sadora in the upper castle) and defeat Beatrice with the Holy Sword at the end.

Arrive at the one true ending.

The same as “Reincarnation” but it needs to be done on Veteran. On Hardcore you get it guaranteed since you get the Holy Sword regardless of opened chests.

After beating the game once you’ll unlock 3 new gamemodes.

In each gamemode you get a unique Artifact thats changing certain aspects of the Heroine and the enemies. I’ll list the artifacts under the achievements. Some pieces of Equipment change their stats inbetween gamemodes as well.

Beat all of them to get those achievements.

In Boss mode you have to switch between Kana, Yuri and Jun who all have different movesets, weapons and abilities at their disposal.

In Witch mode you’re limited to only spells and you cant use any weapons.

In Assassin mode youre limited to only Daggers, Bows, Shields and Wands and you cant use any spells.

In Hardcore Mode your savefile gets deleted after you die, however, theres 3 Floppy Disk items which work as a 1-Up. The first one is at the Base camp, the second one you get from Sadora after defeating Lami and the last one is in Sadoras Sacred Alcove in the Upper Castle. Manual Saving is disabled, Autosaves only, and no Alt+F4 cheesing either, once you die one Foppy Disk is gone. You can however manually load the last Autosave without penalty. I highly recommend to do a playthrough on Veteran difficulty first and to make seperate saves before each Boss so you can train and come up with strats before tackling them in Hardcore.

There are 3 golden tickets hidden in toilet rooms, i marked them with a red square. 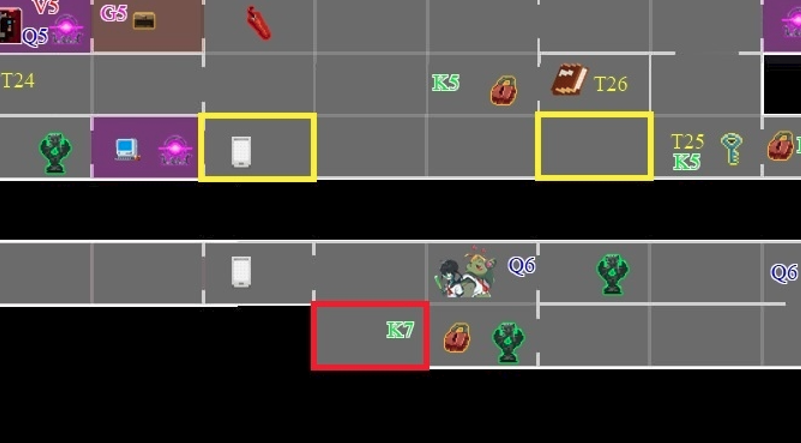 I recommend checking out Alisterchadwicks map and guide for the following 7.

Collect every piece of equipment.

Tables for the Collector Achievements

Since the tables are too much for the previous Tab ill put them here.

The biggest chunk of the list are the combat achievements which range from defeating certain enemies to using certain weapons or spells. Ill sort them by type.

There are 5 main story bosses and 2 optional ones. The optional ones are at the snow planes and the treasury where you encounter Jenny.

To get to this Boss you need to open the Chest labeled as B6. It doesnt count as a regular chest so the “An Ascetic Lifestyle” Quest is not gonna fail.

Undead enemies are zombies and skeletons, they can be found in the sewers and catacombs; demons are usually enemies with red or blue skin and can be found at the upper castle.

Bugs are small insects like spiders or worms in the sewers or the bow wielding insectoids and big bees in the garden.

Theres only 2 kinds of plant monsters i know of which are the big poison breathing plant and the screaming girl who digs through the ground. Both can be found in the garden. Im not sure if the mushroom enemy in the sewer counts as a plant monster. 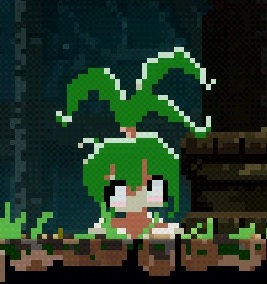 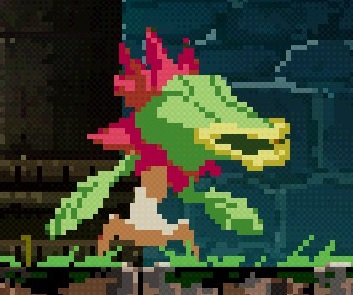 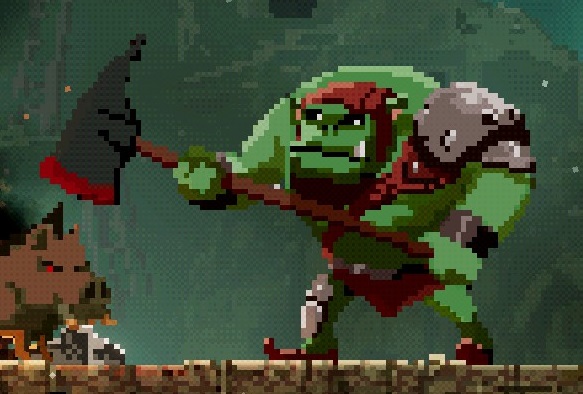 Orcs are the giant green enemies which can be found mainly in the lower castle but also in the garden. 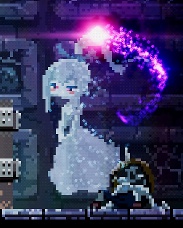 Banshees are the screaming ghosts which can be found in the catacombs.

Using certain Equipment combos make some of these achievements much easier.

Defeat 47 enemies with a Gladius.

The Gladius is the first weapon you’ll encounter, get the Leather Gloves and the Gladiator’s Armor to make the Gladius really good.

Defeat 20 enemies with a Holy Sword.

Inflict 50 critical hits with a Bow.

Fastest way is by getting the Multishot Bow by completing the “Astarte’s Request” Quest and getting behind a big enemy like an Orc. Use the Rangers Hood for faster Bow attack speed.

Get your attacks blocked by enemies 50 times.

A quick way of getting this is by using the summon sword spell from the “Beatrice’s Request” Quest and using it in front of a big plant enemy.

Defeat 50 enemies with a Sledgehammer.

The Sledgehammer is a very slow weapon so the timing can be a bit tricky. Use the Gauntlets and the Goblin Shamans Mask and defeat some goblins in the Lower Castle.

Land 50 attacks on enemies by penetrating their shields.

Look for weapons that have the *ignores defense* tag and use those on either skeletons with shields or the big plants. I found the throwing meat from Rosie the easiest.

The throwing meat works the best for this one as well.

Traps can be any environmental contraptions like fireball canons, shocktraps or lightning lasers. Theres a good spot in the upper castle to farm these kills.

Deflect 20 enemy attacks with a Katana.

The katana is a Quest item and cant be gotten back once you hand it over to Kana. You can avoid her by jumping down the elevator shaft after getting it. Fastest way of getting it is to get in front of a Goblin Totem and hit its fireballs. Use the Gauntlets for faster attack speed.

I recommend doing this one at the same time as the Rune Master achievement since frost runes are pretty good for both. Get the Ice Cream Scoop, the Mages Orb and the Rune Stone to get the most out of your Ice Runes.

The corpse absorption spell can be found in the same room as the optional chest boss. Using the spell on zombies and skeletons damages them so you can use it in the catacombs a lot. Get the Saints Skull and the Mages Orb to get the job done.

Theres quite a few good fire spells, the best one in my opinion is the “summon fire orb” spell in combination with the magic amulet item.

Use the Magic Orb and the Rune Stone to make any Runes pretty good.

You can save scum this one by getting a few meat items (roasted chicken, ham, barbecue), saving and reloading after eating all the items you have. Repeat this until you get it.

You can also safe scum this. Safe before a vendor and sell all the items you have till you get past 999 gold. Reload so you dont lose your items.

Icons are the statues of the boyband in the catacombs. Ive marked the locations on the map ranging from O1 to O5 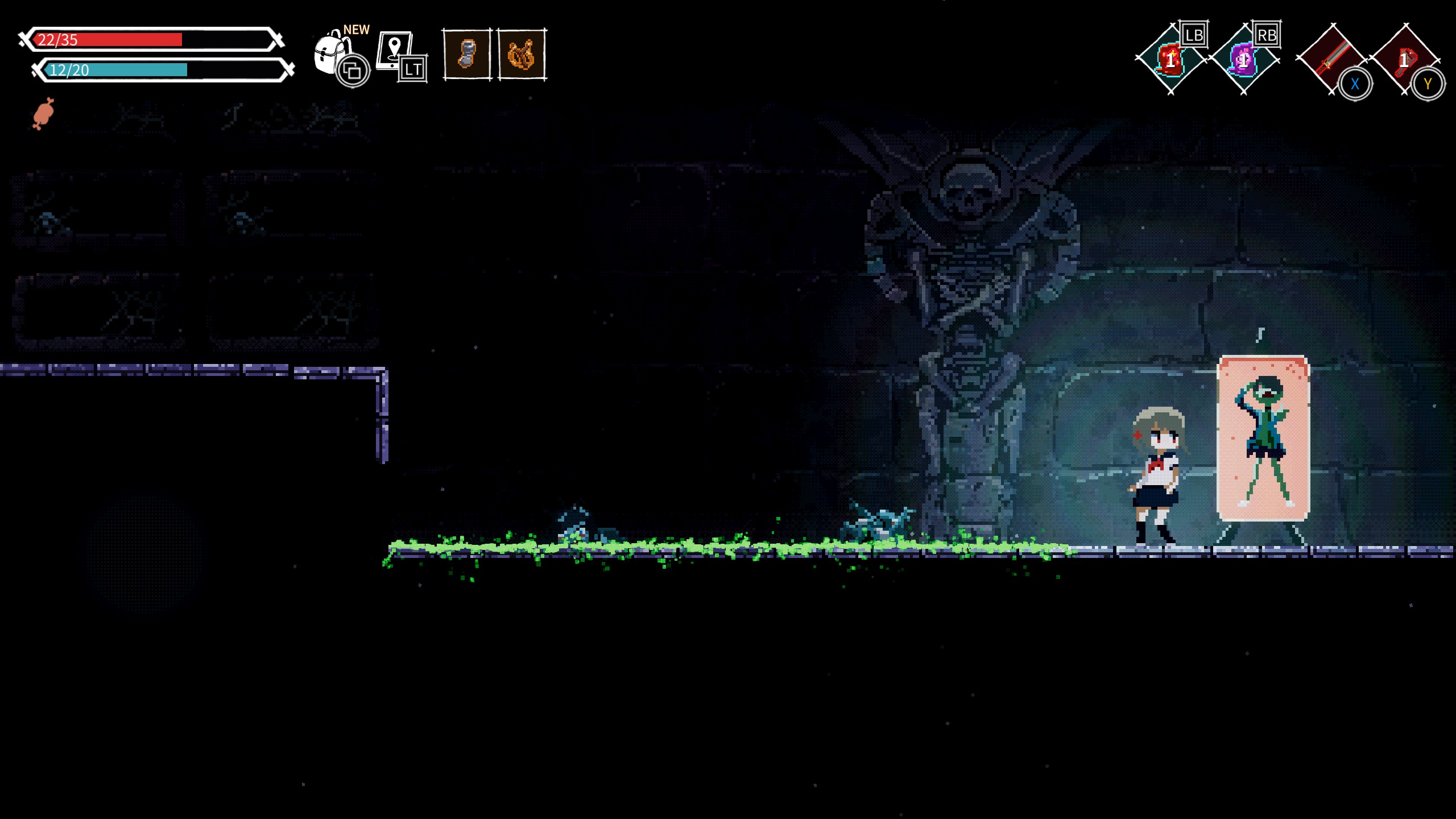 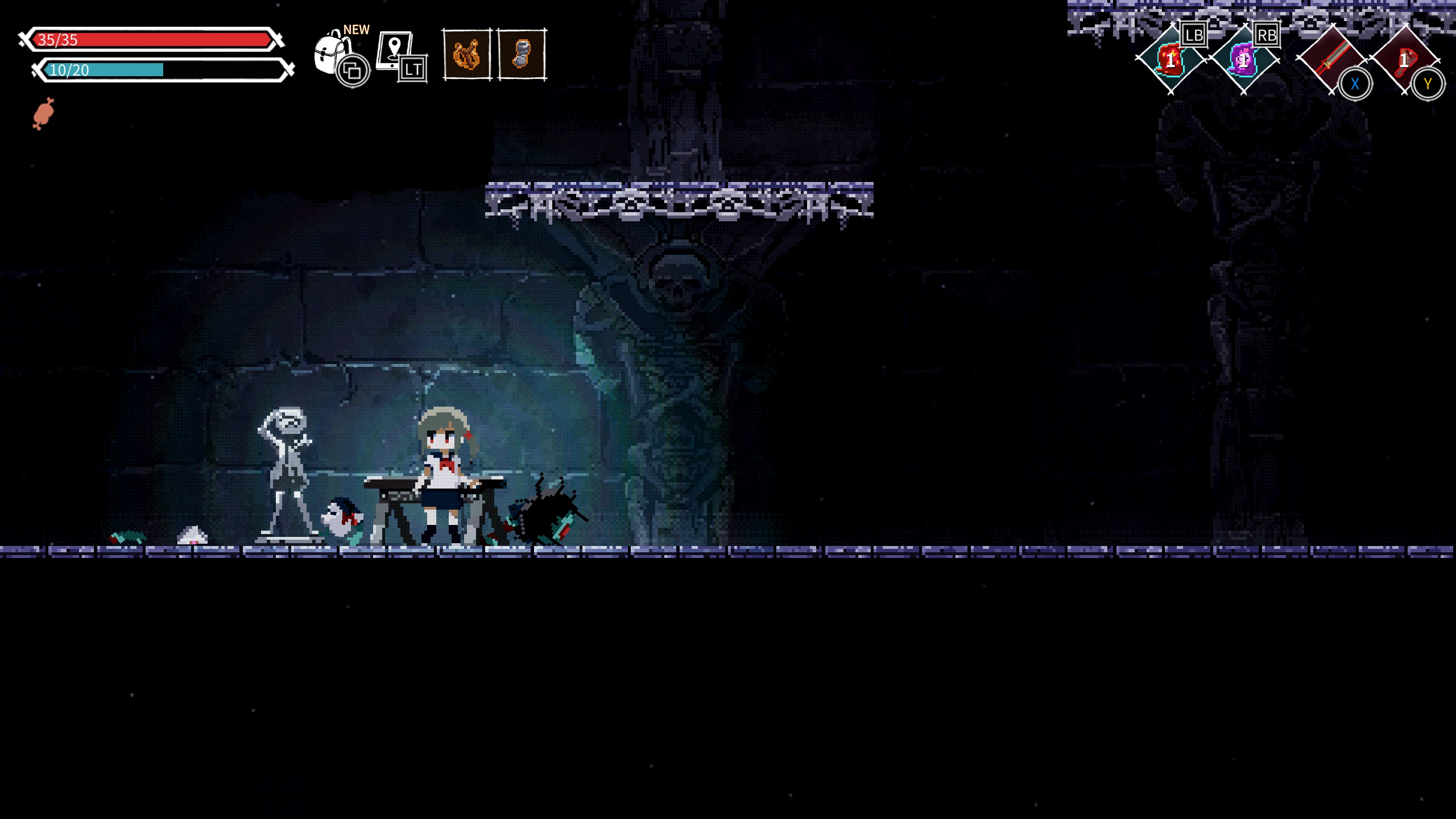 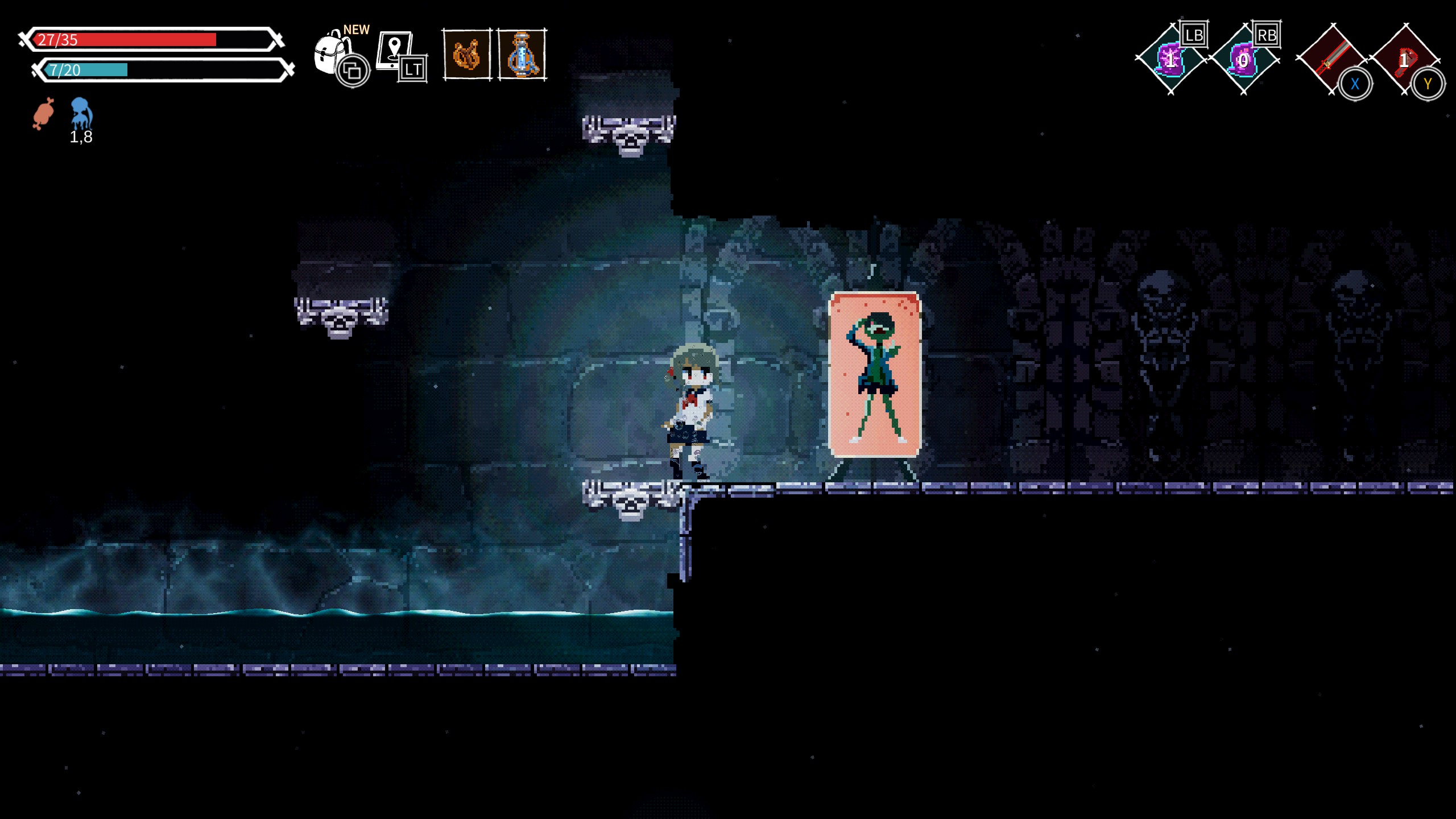 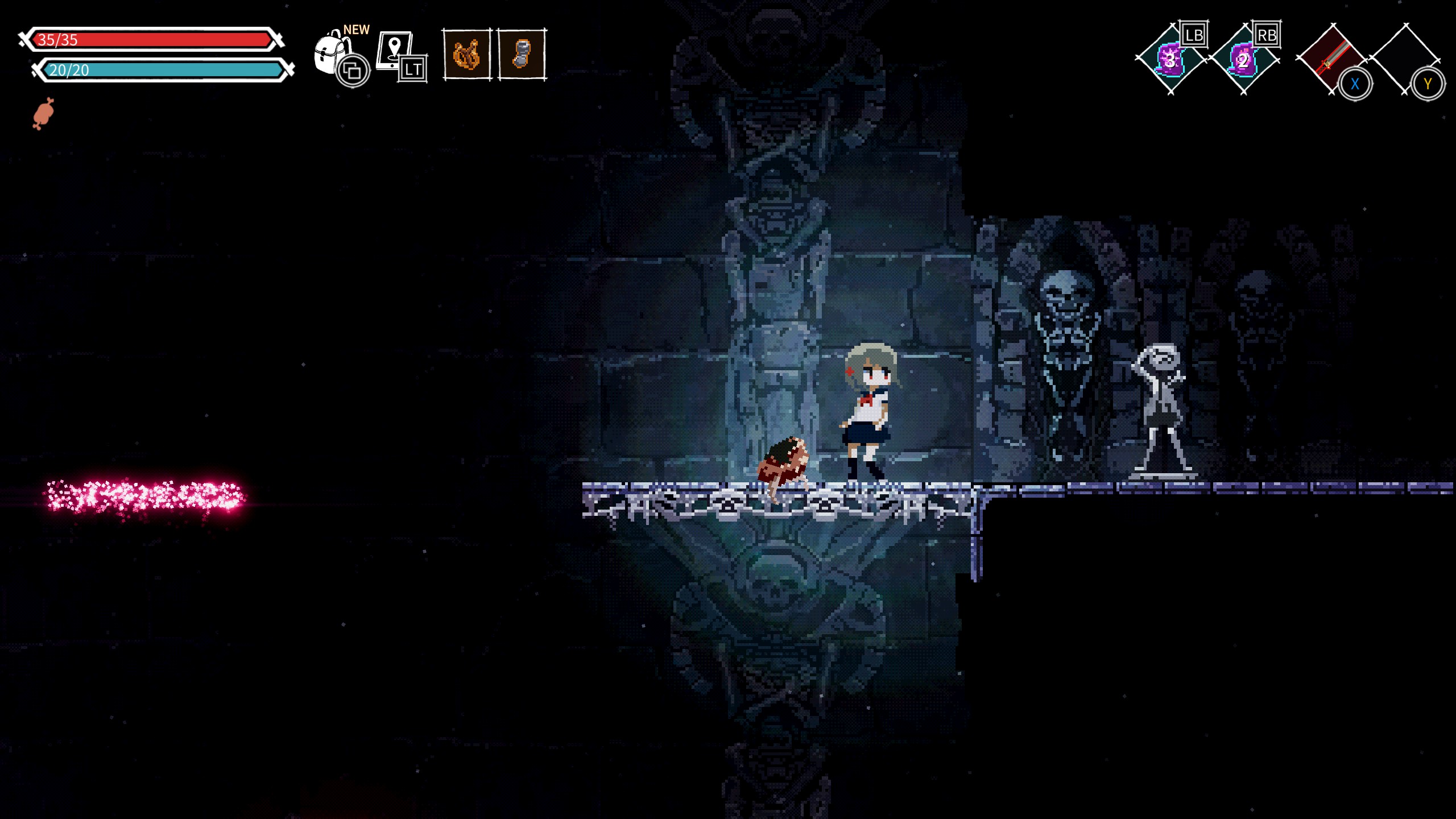 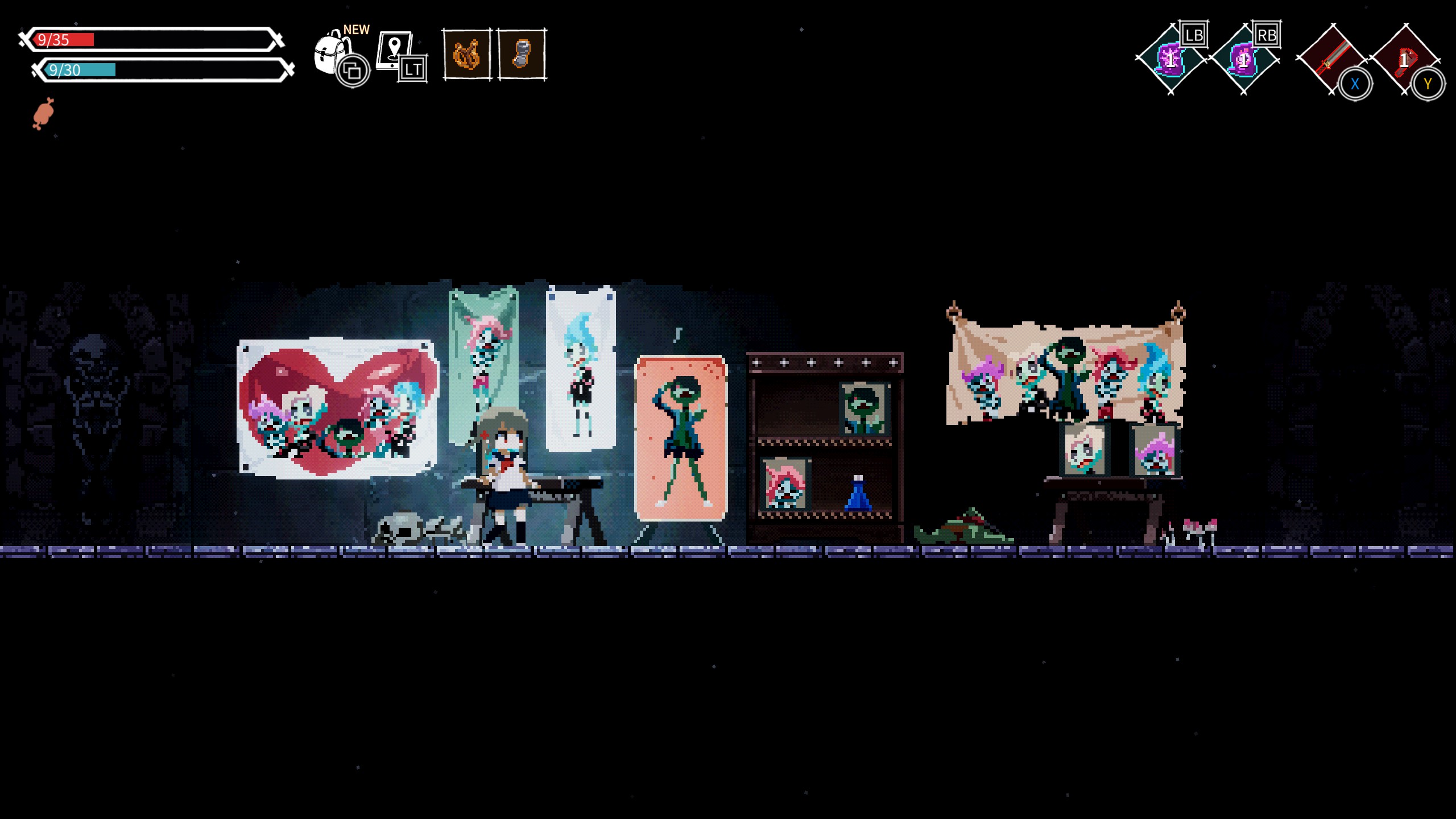 I hope you enjoy the Achievements Guide List – Lost Ruins guide. This is all for now! If you have something to add to this guide or forget to add some information, please let us know via comment! We check each comment manually!