or: How I Learned to Stop Worrying and Love the Explosion Spell

The purpose of this guide is to detail a only fire based build, this will by no means be the best and most optimized build you could use for sorcerer as it is fueled by theme over success, however sorcerer is one of the easiest cla*ses to pilot so this is ok and you won’t feel underpowered compared to the average sad pitiful meta cuck.


The Select/Evening set(you want Select but Evening is the same just worse stat wise) is one that grants you high burst damage for explosion and mobility via your dodge/space bar this is what it grants:


Decreases Movement Skill’s cooldown by 10%. This is ma*sive, if your hands don’t work like most sorceress players then this will be extremely useful to you

+12s of Festival when using a skill This is just the basic mechanic of the set, each time you use a skill you get a stack.


At 6 stacks, gain Finale: +10% damage to foes for 1m. Additionally, when the skill is used 17 times, gain Mayhem: +15% damage to foes for 20s. Mayhem and Festival do not stack This is what you need to pay attention to and probably the hardest part of the average gameplay you will experience, don’t touch Explosion until you get 6 stacks and once you do let it loose for absolutely ma*sive damage and also for maximizing purposes you’ll need to pay attention for when you use this 6 stack ability 17 times, before you do unsure that you have you’re highest damage spells off cooldown or at least very close to it as you’ll enter mayhem which increases damage but only for 20 seconds as opposed to a minute.


The Resolve set is what you’ll use if you were born with opposable thumbs.

Solar Power: Crit Rate +3% (Max. 5 stacks. Cannot be used in conjunction with Lunar Power) Basic mechanic, the 15% crit rate is nice but what we are after is midday and solar eclipse


If a party member with an effect that is activated with 5 sets of Oath is within 3 meters while Midday is active, you will gain Total Solar Eclipse.

Total Solar Eclipse: Crit Rate +25% and Crit Damage +50% for 15s. Ex-PLOSION…is what I would say if this was on the Western servers, if for some reason you are reading this from RU or KR then go ahead but till this comes to West use the Select set or one of the crit sets

Accessories just have pa*sive stats so max out intelligence and whatever damage based stat you are lacking in with a priority for crit rate.

MP Efficiency is necessary otherwise have fun with auto attacking.

Campfire is really nice but for hard content where things will one shot you ensure you have Time Stop Potion–its mandatory.

Other Stats to Consider

Mag. Defense Piercing is great, it works as a percentage so if you find yourself having trouble against creatures that are seemingly impervious to your damage especially when you crit maybe consider this stat. Additional Damage is additional damage, essentially if you dislike RNG of crits go for this instead of crit chance/damage. Bonus vs. X is typically more efficient but you need to know you will be fighting X thing and even then the damage will only be slightly higher maybe not really worth it vs crits but again if you dislike RNG go for it.


Stagger damage is a trap, this is not a high cooldown build nor are the abilities and stagger damage doesn’t scale with base damage it is it’s own entity. Damage increase on incapacitated is also not very good but if you run with people who have a lot of crowd control then it could be worth it, probably not though.

You will press this button a lot, make sure its in a very natural place on your keyboard for your hand so that you don’t exhaust or injure yourself, for most people this would be wherever your ring finger is on the keyboard when playing.

Mind Enhancement Pretty Useless unless you have bad MP–which hopefully was in trade of a good stat like crit rate/damage.

Charge Flame Really good seeing as this is your spam ability

Blazing Wildfire Cool but that’s not what we want

Use Conviction for Explosion. Nothing else don’t even think about it.

Darker than black, darker than darkness, combine with my intense crimson. Time to wake up, descend to these borders and appear as an intangible distortion. Dance, dance, dance! May a destructive force flood my torrent of power, a destructive force like no other! Send all creation to its source! Come out of your abyss! Humanity knows no other more powerful offensive technique! It is the ultimate magical attack! Explosion!

Backfire Decent but not good enough

Whirlpool Wildfire Extra damage and bit of crowd control in case it doesn’t kill, not good

Magick Amplification Really good, combine this with Doomsday’s Magick Amp, and a temp boost to damage or crit and you will show 1945 who’s boss

Assuming you are using Conviction this is what you use Judgement on, it’s insanely good and you have 0 reason to use anything else. Literally.

Explosions’s less cool but nearly as effective cousin has a slightly longer cooldown and a little bit more MP cost but also has a knockback which is really nice for people who care about that, we don’t.

Mind Enhancement MP Cost down on your most expensive ability, jeez I wonder if this is useful, not really actually considering it’s cooldown and how much you will prefer other abilities over this one

Asteroid Pure damage, nothing bad about this but you should probably pick overheated meteor unless your crit rate/damage is insane

Overheated Meteor Go to option, use when the thing you are fighting has just used it’s mobility or is crowd controlled and you will output a lot of damage

Magick Amplification Really good, combine this with Asteroid, Explosion’s Magick Amp, and a temp boost to damage or crit and you will show 1945 who’s boss

Wealth for a Magick Amp build or just in general, if using Overheated Meteor Overwhelm is really good

Rift Acceleration Ok but just get better at the game

Weak Point Enhancement Necessary, this is a mechanic a lot of bosses have that you must overcome and this allows you to do so faster.

Weak Point Detection This is Good

Charge Flame But this is better

Firepower Expansion A lot of extra damage, MP Cost, and cast time. Normally things that delay you doing damage for the trade of more damage are good but in this case it’s not

Firepower Supplement Not as much extra damage but faster, pick this.

Chances are you will use this before dealing your big damage to a boss, Conviction is good but there is a case to be made for Judgement because if you miss it still has a chance to proc whereas with Conviction it doesn’t and you will probably be gaining more Convictions then you can cast explosion. Wealth is generally good though.

You shouldn’t need to use this ability but you might depending on where you take your build, such as a Magick Amp build.

MP Recovery Core, not really a good reason to take anything else

Swift Footwork Go from A to B 10% faster

Laggard Are you a tank? No, so don’t take this

MP Training Abusable, use only when your mana bar is full though

Shield Enhancement Not useful for this build

Focus, none of the other runes work unless you take Tide’s Fury but why would you

Useful for mana regen and decent damage for mob clearing

Agile Cast Not as good as free mana

Damage Amplification You are the main character don’t take this

Condensed Wildfire There are no other options

Energy Bombardment Extra damage which isn’t needed, your other abilities cover that

Rage, Conviction, Wealth depending on what you need

Additional Explosion Delayed secondary explosion that knocks back, remember that CC is for side characters

Weak Point Detection I guess if you didn’t take Explosion and Doomsday and aren’t making a fire based build?

Red Hail Makes it fire and inflicts a DoT

Other Abilities that aren’t central to the build

has a boost to crit damage and MP Regen, go Charge MP>Final Strike>Shockwave and take Focus

This one actually has a fire themed skill but its a defense ability, still good just not great

Arcane Rupture and you

Humina Humina holy god in christ I sure do love damage


If you are unaware Arcane Rupture when used correctly can turn you from the average nerd wizard to a walking god, it reduces spell cast time and increases elemental damage dealt as well as enables T3 skill effects from Explosion and Doomsday if you picked them, but even if you didn’t pick them it is still incredibly good but considering that blink is one of your only escape/safety tools especially with your extra long dodge cooldown do it only when you are confident in your safety. 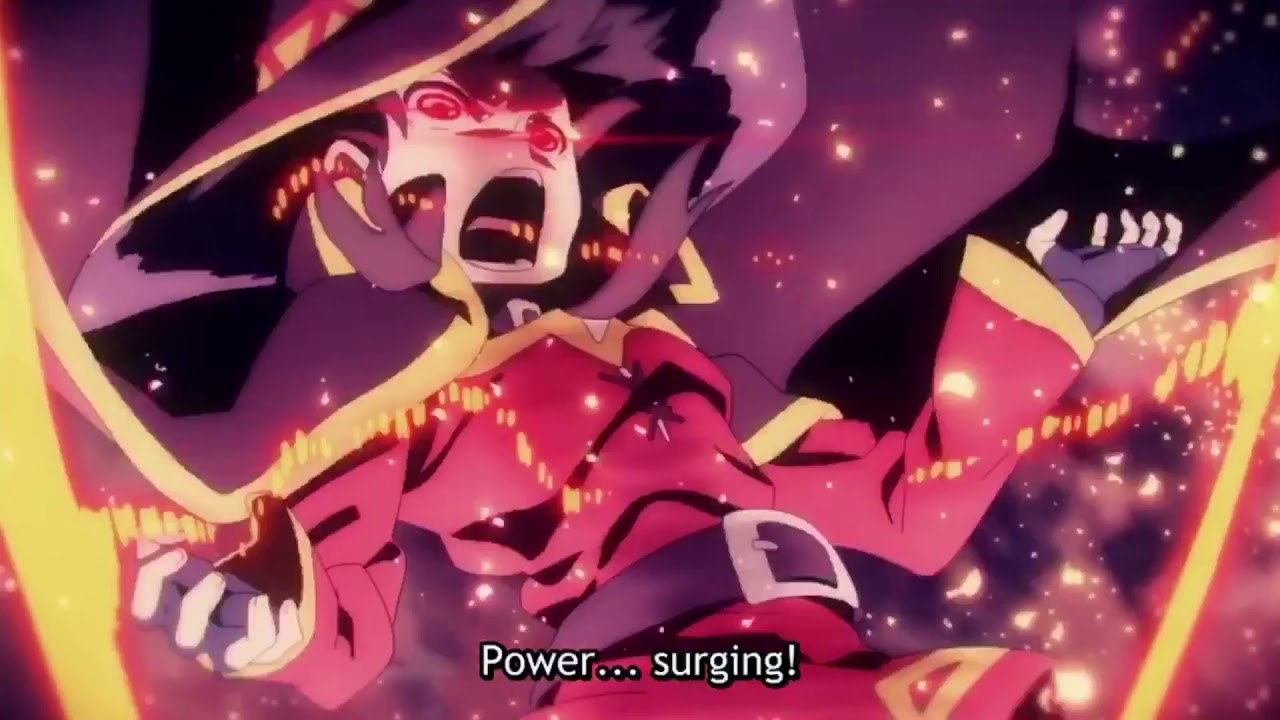 Now let’s get this thing on the hump — we got some flyin’ to do. 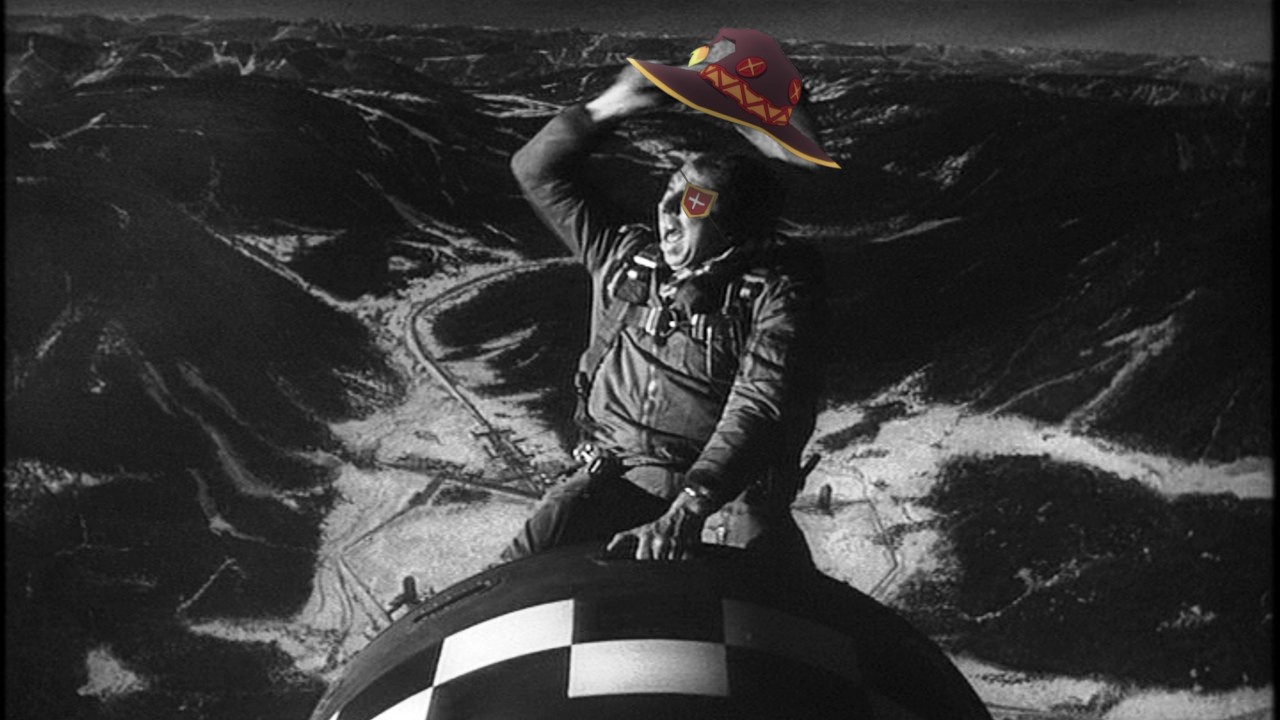 I hope you enjoy the Arch Wizard Megumin – Lost Ark guide. This is all for now! If you have something to add to this guide or forget to add some information, please let us know via comment! We check each comment manually!