In this guide i will tell you everything you need to know about Terraria if you are new to the game.


Terraria is an action-adventure sandbox game developed by Re-Logic.The game features exploration, crafting, building, painting, and combat with a variety of creatures in a procedurally generated 2D world.


What is the main goal in Terraria?


There is no single official end goal. However, there are a few long-term goals the game sets: Fight all boss monsters (kind of the minimum thing you have to do before you can claim to have beaten the game) Get/craft all equipment (requires fighting many bosses multiple times).

In Terraria you need to craft items,armor and other useful items that will help you progress the game and beat all the bosses.Here is a list of all the crafting stations available in Terraria: 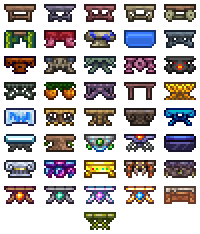 Crafts Bars from raw mined Ore, as well as some building materials, like Bricks. Also crafts Glass and some Glass items. 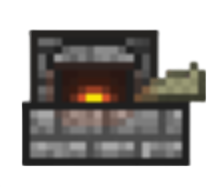 Crafts Tools, Weapons, and Armor. Also some furniture and other items. Iron and Lead Anvils are functionally identical. 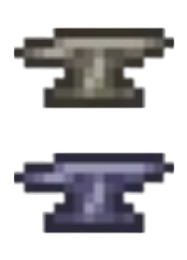 Crafts Potions, Vile/Vicious Powder. A Bottle, Pink Vase, Mug, or any Cup variant will function as this crafting station, as long as they are placed, which requires a flat Furniture item: a Platform/shelf, Table, Workbench, Dresser, Piano, Bookcase, or Tinkerer’s Workshop. The Alchemy Table is an upgraded version that offers a 1/3 (33.33%) chance of not consuming a particular crafting ingredient.

(not craftable only found in dungeons) 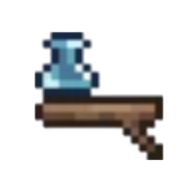 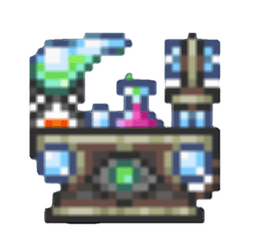 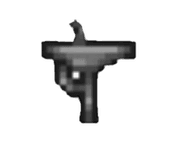 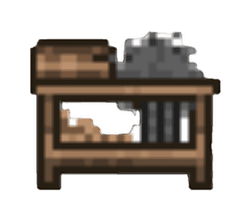 Crafts Silk from Cobwebs, and some Silk vanity items. 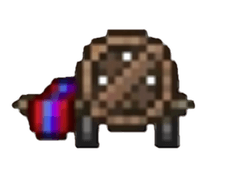 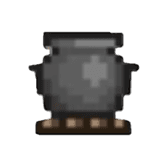 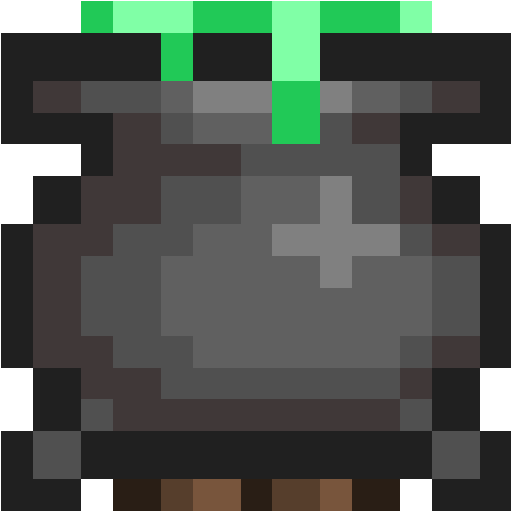 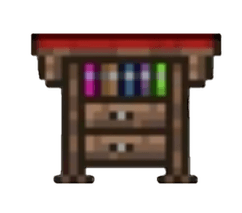 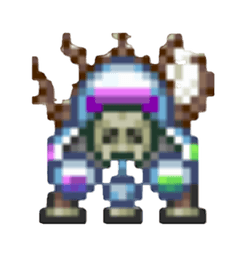 (it is purchased from the Dye Trader for 5 gold) 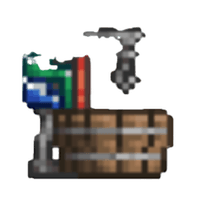 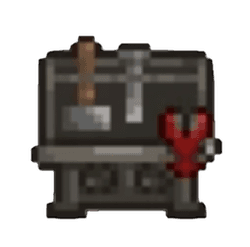 Crafts some Boss-summoning items, as well as the Night’s Edge Pre-Hardmode sword. The Demon and Crimson Altars are functionally identical. These stations are unique in that they are not placed by the player, but instead generate on world creation in Corruption/Crimson areas respectively, as well as sporadically around the border between Surface and Underground. 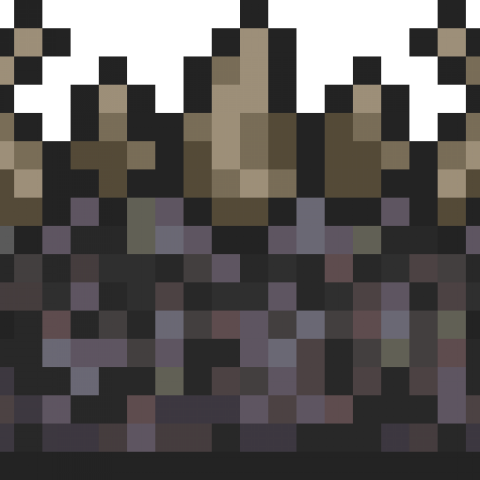 Upgraded Iron Anvil/Lead Anvil, adding the ability to craft many Hardmode weapons, armor, and other items. 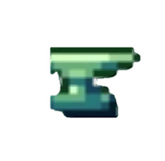 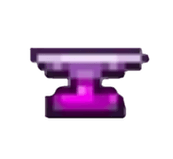 These are all the armor sets currently available in Terraria: 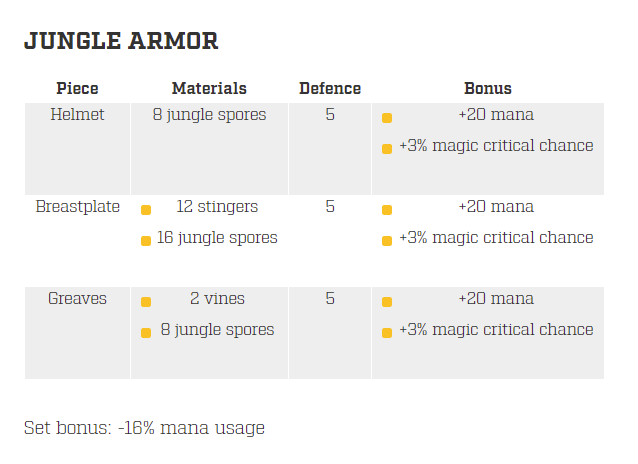 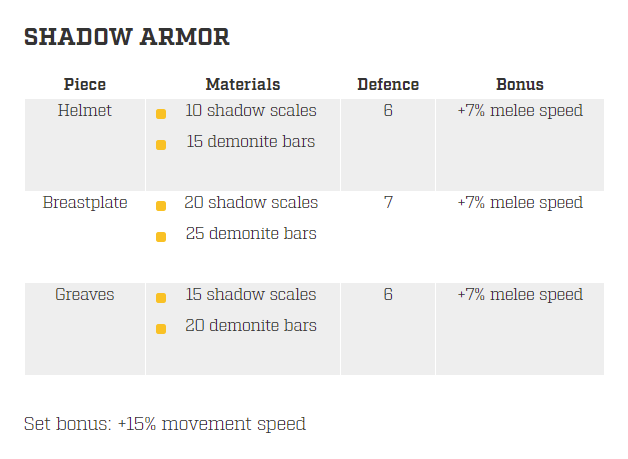 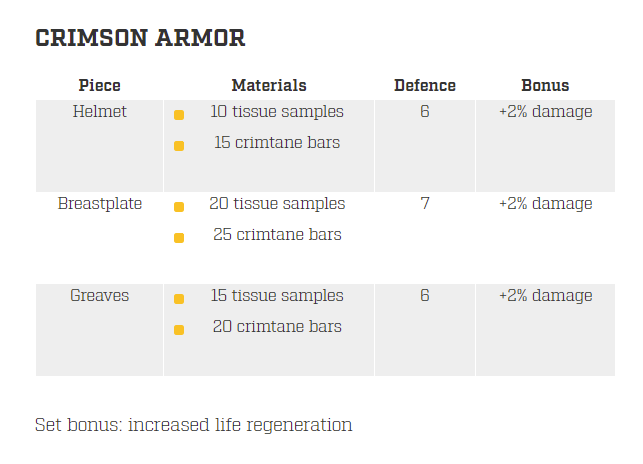 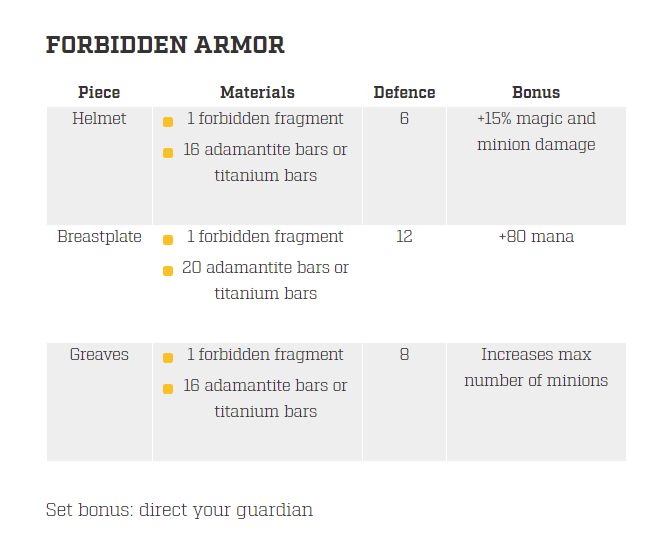 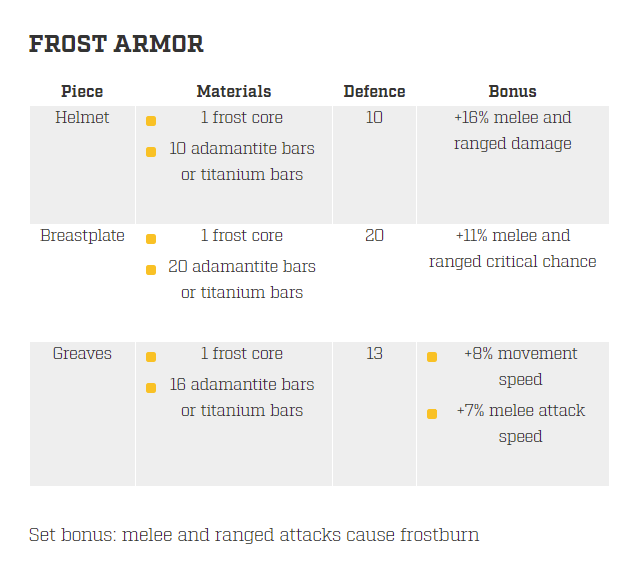 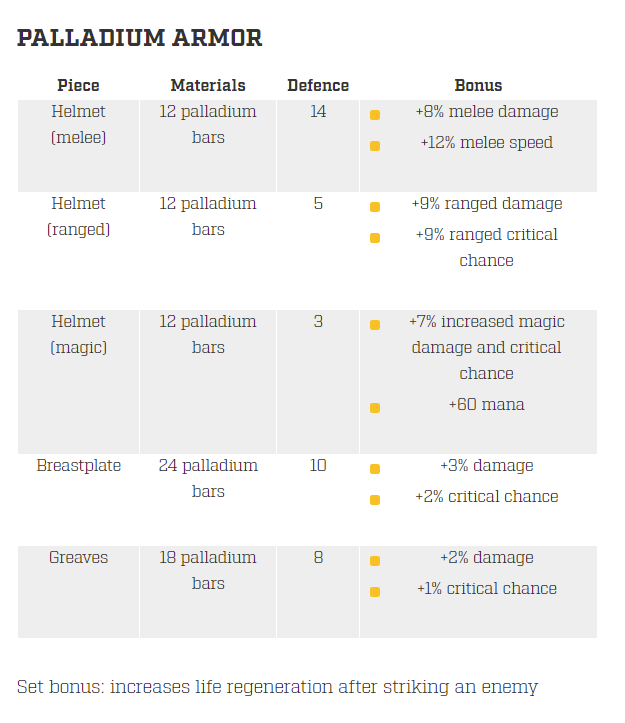 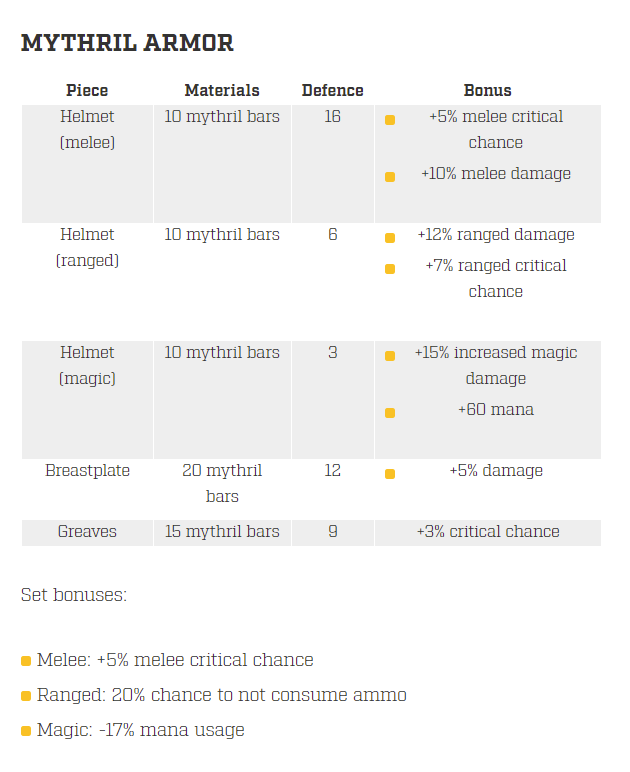 Weapons are essential items used for combat against enemies, bosses, critters, and even other players during PvP games. Some weapons can be crafted at a Work Bench or a Pre-Hardmode/Hardmode Anvil, while others can only be found in Chests, as enemy drops, or purchased from NPCs. Terraria has a wide variety of weapons and weapon classes, each suited to particular play styles or specific tasks: 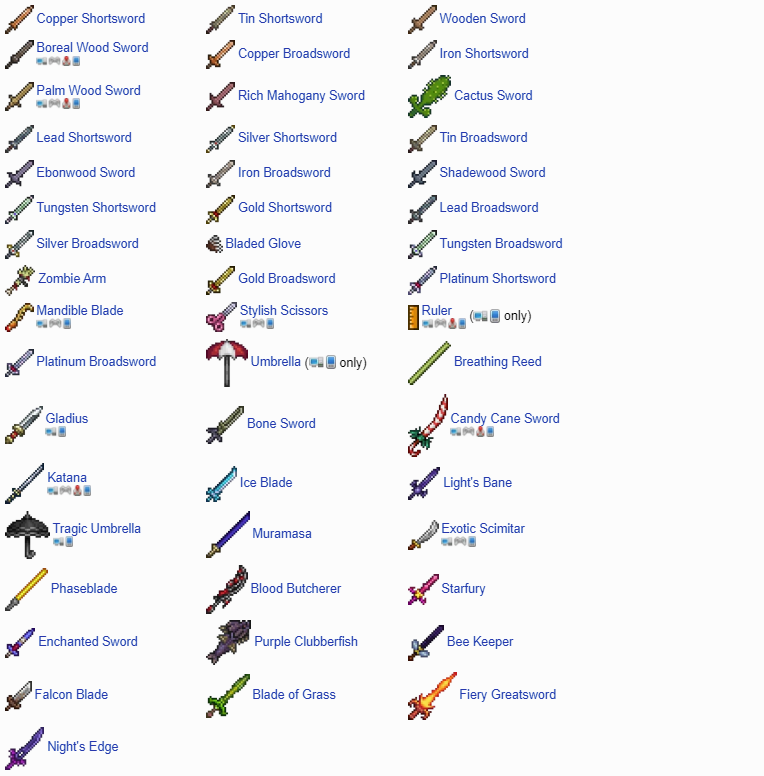 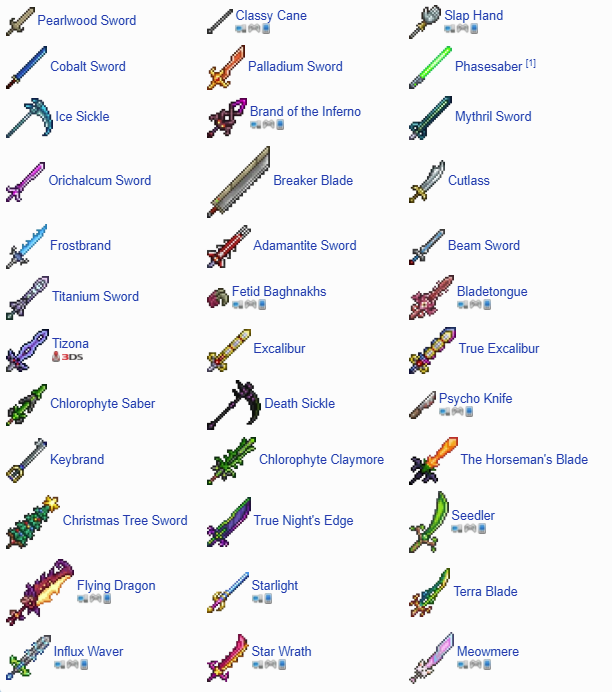 I hope you enjoy the Basic Guide – Terraria guide. This is all for now! If you have something to add to this guide or forget to add some information, please let us know via comment! We check each comment manually!