This guide explains the basics of the strategy phase in HEATED, from the game’s goals, mining currency, using the terminal, and hacking your opponent.

In the strategy phase, you are given two crypto miners to mine two different types of currency, Iron (ITC) and Gold (GTC).


Iron is used to purchase items from the Shop, including more miners, generators, and software.


Gold isn’t as useful in the strategy phase, however is vital to win the phase. Gold is used to purchase weapons, ammo, armor, and other gear that will be used in the proceeding action phase, so gather as much as you can. In addition, the team with the most gold at the end of the strategy phase scores a point, so keep an eye on your opponent and make sure you’re doing everything possible to get more gold than them.

Additional miners can be purchased via the shop. Keep in mind that each miner requires three modules of energy in order to properly function, so it’s highly recommended you purchase a generator in addition to a miner. (Generators will automatically allocate to a un-allocated miner and vice versa). If you run out of spots for generators, energy can be split among them, or energy can be unallocated from another miner. (More on that later.)

Generators are used to provide power to crypto miners. They are purchased from the shop and spawn in the room opposite from the mining room. Each generator has three energy slots that it can provide, which can be split among different miners. 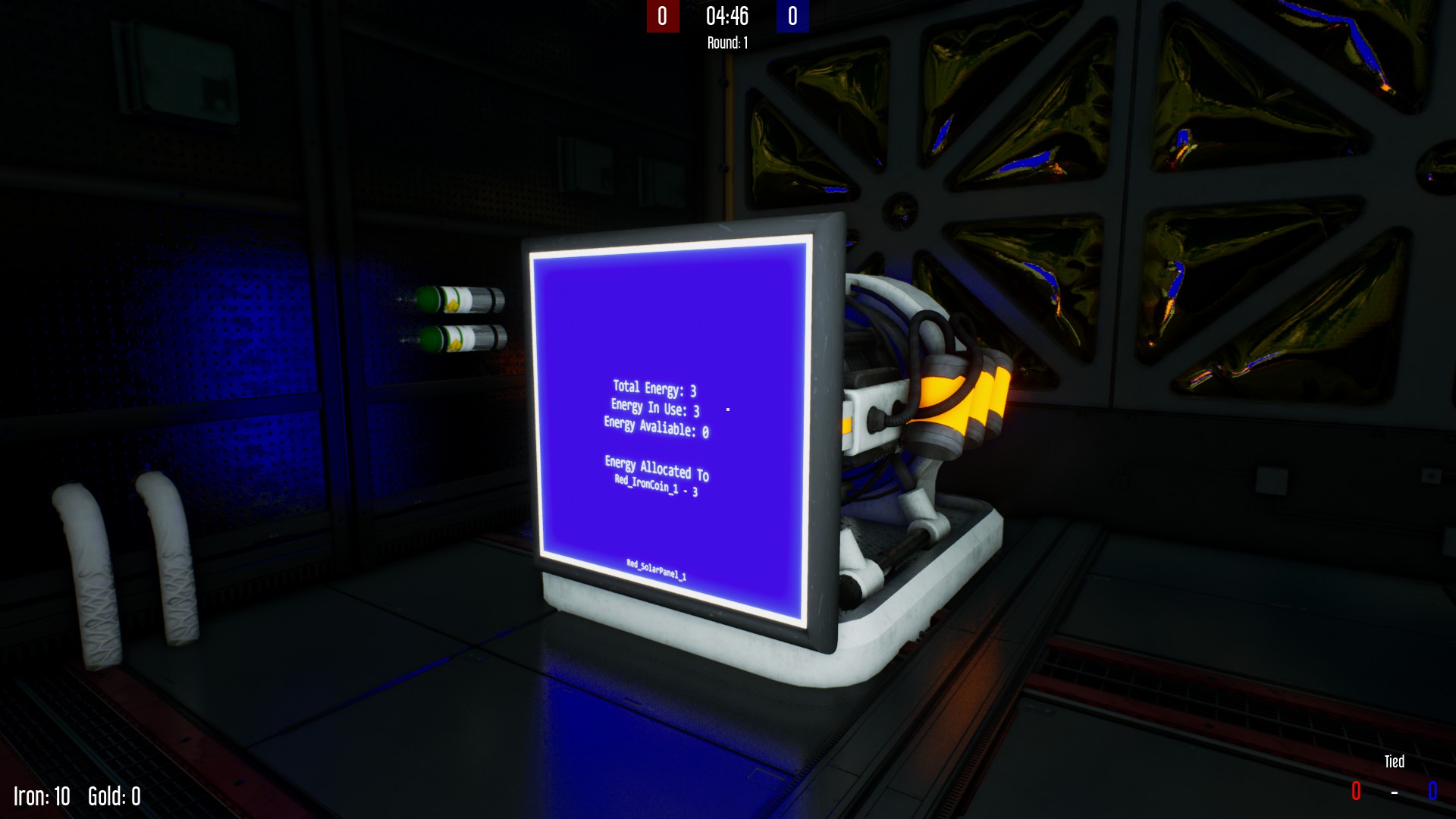 To control generators, you must use the terminal. There are two commands that you can use. These are, allocate and unallocate


Allocate gives miners a set amount of energy that is used to increase mining speeds. Each miner can have a maximum of three energy slots allocated to it. First, find the name of the generator you want to allocate energy from, and make sure it has enough energy available. Look at it’s screen and you’ll find the name of the generator at the bottom. Then, find a miner to allocate that energy to, again looking for the name at the bottom of the monitor. Then, specify the number of slots to grant it, ranging from 0-3. (In most cases, you’ll be using three.) Then, run to the terminal, and type the command shown below:


Unallocate simply removes all energy allocations the generator has. This can be used to provide more energy to other miners, or when hacking. The command is simple.

Terminals control all the technology in your base, and can be used/hacked to provide access to your opponents infrastructure. This is located between the generator and mining room. 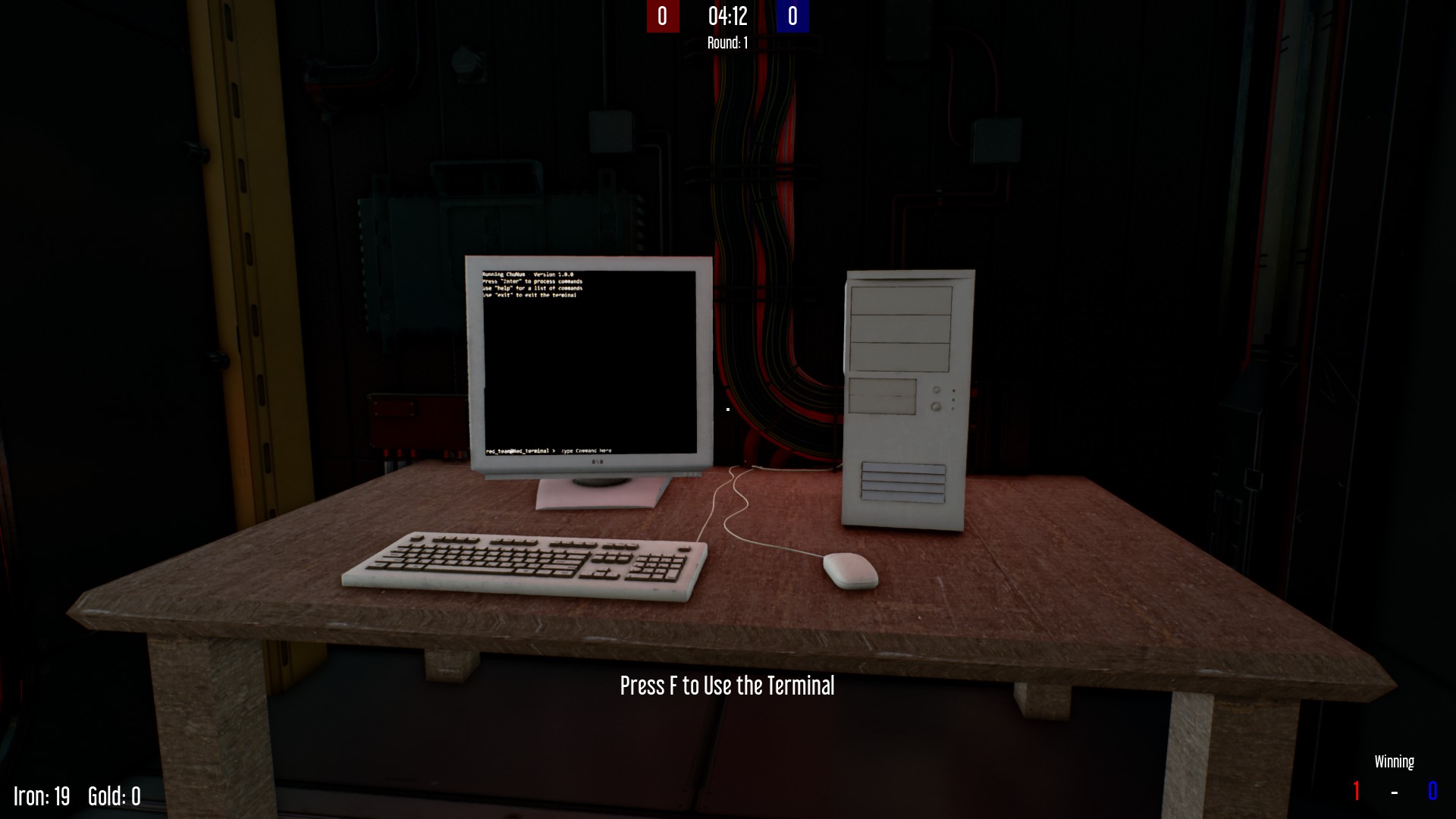 The terminal provides an autofill menu if you are using a controller or you don’t know the commands, however you may type it yourself if you wish. Upon interacting with the terminal, you are able to begin typing commands.


These are the basic commands:


Help – Displays the help text. This gives you a rundown of every command.


List – Lists all the technology of a certain category. Type “list” and hit enter to see what you may search for, then input it into the command following this syntax: list <item>. You may also use list all to show every item available.


Echo – Displays text on the terminal. Follow it up with a string (Example: echo hello world prints Hello World.) This can be used to taunt hacked opponents.


Connect – Connects to another terminal. This will then allow you to run commands on the other teams infrastructure. (This is described more in depth in the hacking section.)


Disconnect – Disconnects you from a different terminal.


Execute – Executes malware. You cannot run this on yourself, and must be connected to another terminal.

To hack, you need software. All software can be purchased from the shop in the Software tab, followed by checking the various tabs to help you navigate programs for offense, defense, malware, or “essentials.”


A quick note on software: All software is purchased from the shop, and comes in three levels. Each level allows the program to run quicker, (or in some cases, grant you some extra time). A description of what the program does at higher levels will be provided. 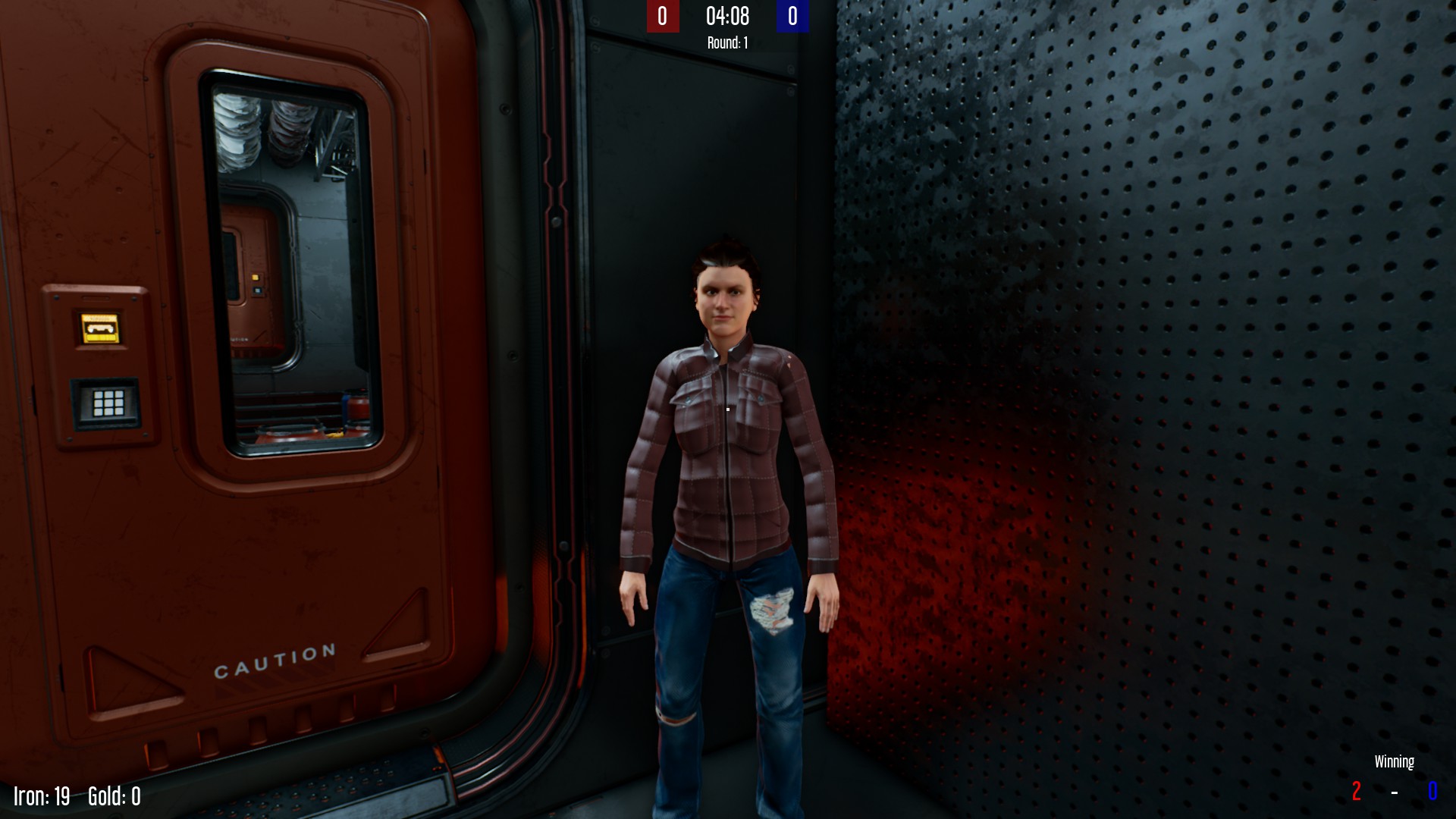 Hacking is performed in three steps:

3. Connect to them and start hacking

To fetch the key, you need to purchase the software KeyFetch from the shop in the “Offense” tab, which will cost you about 15 iron (multiplied by the level you are purchasing). After anyone on your team purchases KeyFetch, run it at the terminal by typing “keyfetch <Terminal Name>”

After some time, you’ll receive a message on your terminal stating that the encrypted key has been captured. To decrypt the key, purchase the KeyCrypt program from the shop in the “Offense” tab. After purchasing it, run it at the terminal by typing “keycrypt <Terminal Name>”

You’ll receive a notification again once the key is decrypted. (Don’t worry, you don’t need to remember the password that is displayed.) At this point your opponents terminal is cracked open and ready for you to run commands on their infrastructure. To connect, simply type “connect <Terminal Name>”


After you are connected to your opponent, you’ll notice the name in the bottom left changes. From here, any command you enter will run on your opponent’s infrastructure. Now is a great time to begin executing malware, un-allocating their generators, or even allocate their generators to your own miners. Disconnect at anytime by typing “disconnect”


Malware is a great way to lock up your opponent and set them back. Malware can be purchased from the shop and can only be used once. Malware, like all software, has levels that makes it difficult for the anti-virus to detect and eliminate the virus, however each level comes at an extra cost. To use malware, connect to your opponents machine then type “execute <malware name>”


If you don’t have malware, or you want to further complicate your opponent’s plans, I recommend un-allocating all their generators. You can do this using the “unallocate” command from before. A great attack method is execute URMINENOW, then un-allocate everything. This locks up your opponents from re-allocating their generators, and keeps them stuck with 0 energy until their anti-virus removes the virus.

Defense is done passively using software. All software is passive, and does not require any user interaction to work after you purchase the program.


If your key has already been compromised, purchase an anti-virus and a firewall.


The anti-virus will remove malware after it is executed by your opponent. This will take time, which can be reduced by buying higher versions. This program is passive, and no user interaction is required to remove the malware. A message will appear on the terminal if it detects and is removing malware.


The firewall will disconnect your opponent after a certain amount of time. Depending on your firewall’s level and your opponent’s IP Bouncer level, it will automatically detect, and disconnect foreign connections.

I hope you enjoy the Basics of the strategy guide – HEATED guide. This is all for now! If you have something to add to this guide or forget to add some information, please let us know via comment! We check each comment manually!