Quick guide to start gathering loots and to not repeat and spawn on the same area you spawn in the server.

Spawning in the server and what to gather

0-5 players in the server – Start going to the nearest building and get clothes, backpack and vest, an axe or chainsaw, food and water, map and compa*s, and a blowtorch and saw, and most importantly a bedroll for your spawnpoint to your base.


20-max players in the server – Stay away from buildings or gunshot sounds. You will die repeatedly if you keep entering any buildings near a spawn point. All maps have many spawn point and are the same for all players. Start finding areas that are not the spawn point of a server and gather materials there. Then repeat on gathering the basic needs.


If you are lucky and manage to solo a town/farm/camp then start farming and camp that area for supplies.


And if you got all the stuffs you need, start gathering as much metal scraps you can fit in your inventory.


You need basic PVP strategies. Farm those zombies for EXP! (Skill upgrade Exercise first, cardio, faster swinging (if you don’t have a chainsaw yet) then all the other offense skills, immunity is situational, defense, then crafting III, and less food and water).

Schofieldis one of the worst gun you can get. It has a damage of 14 with a huge recoil and it can’t one shot a zombie and your character needs to click the pin to shoot again. I rather have the crossbow than that gun.


The paintball gun is a no-no. (no need for a picture)


Guns you should have during gathering needs: 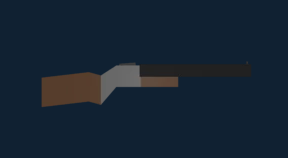 Masterkey is good to one shotting annoying nak*d players who would try and punch you or hit you with a hammer, if they grabbed your backpack or weapon of choice and you have a masterkey, one shot their face or body and loot it and start shooing away other players who does not have a weapon. Only kill them if they start to loot the area.

Crossbow is best at killing zombies and players silently in an average range. If you manage to headshot someone at long ranged and got a headshot you are either lucky or a cheater.

The nailgun is really good. You can craft nails for its ammo or find them on the ground and it’s an early gun you can obtain. You can also shoot the nailgun at long range.


I don’t know about the pistols/handguns like the 1911 or Kryzkarek, they are good but it takes 5 shots to kill a player and doesn’t need to be clicked when shooting.

Zombies are just infected NPCs trying to kill you.


Causes you to bleed if you were caught by these annoying crippled zombies. 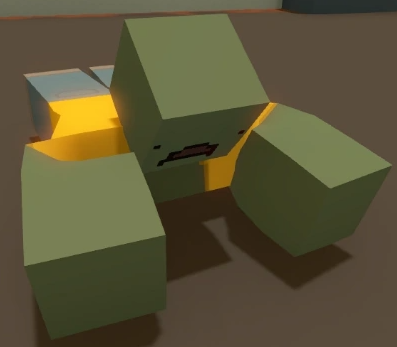 
This zombie thinks he’s a dog/goat/bear/horse/donkey and charges at you to take a bite out of your skin, they deal not so much damage but attacks really fast and have a low defense stat. Easy to kill.


I’d avoid these furries or go to the edge of the area to kill these annoying furries. 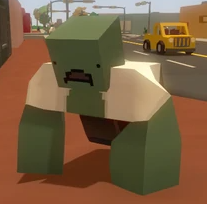 
No need for pictures because literally the zombie is set on-fire, they explode and the only way you can kill them is a gun to not take damage.


I’d just avoid them. There’s no way a player can kill this without taking damage using a melee. I saw a lot of new-spawned players struggle with this zombie and the zombie just kills them easily without the zombie getting hit, because this On-Fire zombie and spreads it to other zombies.


Yeah, the zombie turns into a purple like trans and goes invisible – no need for a picture.


This zombie goes for your left/right arm than your face.


The zombie will aim and spit on your face. Try to go around the zombie to dodge getting sizzled.


Regular Zombies are easy to kill.


Go back and forth when hitting the zombies on the head. Zombies are a source of XP, but I rather get the chainsaw and farm xp faster by cutting trees. Zombies just puts you in a dangerous spot where a player can third-party kill you or catch you off-guard.


You need first person to kill zombies easily or third person you master how to kill one without the needs to be first-person.


Don’t get me started with the mega-boss zombies, the server either disabled them or allow them to spawn during a full-moon.

Firefighter Top, Leather Top,Military Top, Spec Ops Top, and Coalition Ensign Top are the best shirt/top with a damage reduction of 10%. You’ll know when you see their name and apperance on all clothings.


The Firefighter Top is found at a fire-station, Leather Top is crafted, Military and Specs Ops tops are found in Military bases, Coalition Tops are earned by Ranks or rarely found at Coalition locations in the Germany map.


Thief Top is good at fitting every items at once and can be found only in PEI and Washington maps in bank vaults or submarines. Same with the pants.


Parkas, Sweaters, and Farm tops are the 3rd best


Use a common/duplicate shirt as a rag and craft it to a dressing for healing and stops bleeding.


Vestsare another type of clothing that protects the chest and carries items.


Sweatervest or Poncho slightly protects you but can do the job at carrying items.


Same with Sweater or Poncho, you can scrap them for cloth.


Cargo Pants are the best at storing items


The rest are bad and all pants protects you the same value except for Spec Ops and Military pants which protects you slightly more.


Helmets are good at protecting your head to avoid one hit headshot deaths.


The firefighter helmet, military/ranger, or whatever hard hats you find has the highest protection value.


Same with other clothing items, you can scrap them for cloth for bandages/dressings.


Travelpacks are the most common with large inventories


Spec Ops Rucksack being in the middle


Alicepack is the best but hard to find, only at military locations.


Anything that’s made out of cloth can be turned to rags, bandages, and to dressings for healing and bleeding prevention.


Earpiece – good at storing ammo for only one inventory slot and is a mask (I rather use the gas mask for toxic areas), no one uses the in-game mic, everyone uses discord. Low-ends PCs have no choice but to use the in-game chat.


Gasmask– Used to go to dangerous areas that drains the green bar overtime on your heath,hunger, and thirst bar.


Note: You can scrap some clothes for cloth, cloth to bandages by right-clicking and pressing “craft”. You can get metal from diving clothes.

The Blowtorch can be used to repair any vehicle, alongside most barricades and structures, as well as many ranged weapons. Can be found at Gas Stations or Mechanic Areas.


Note: Can be used as a melee (fast overtime damage-like hits) 13-21 damage per second. I don’t recommend using this as a melee, I rather get the chainsaw.

Cuts trees for logs, kills anyone easily because they would die fast if they touch this or bleed to death if they escaped. (Can be repaired with scrap metals)

Used to craft Planks from Logs and a melee but has a short attack range. 40-52.5 dps.

They change the player’s spawnpoint in the desired spot. Once claimed, other players cannot claim it but are able to destroy it. The player can respawn at the Bedroll by dying and pressing the Home button, however, the player has to wait 30 seconds to respawn. Found in camping grounds.


A vehicleis used to go to places, you can place storage on the vehicle to carry stuffs in it to your base/under-constructed base. Very risky to use since anyone riding a helicopter or anyone on the road can shoot you. I think you can place something on your vehicle to protect your head but it doesn’t work on First-Person-Mode, only on third person.


Any car will do to move around the map.

You’ll need a Portable Gas Can (Jerry Can) and a gas station to refill your car with fuel.

Zombie bites/attacks and toxic areas will make your bar go lower causing you to lose hp overtime and you’ll die if untreated.


You need to find a Pharmacy and gather these items to make your bar go 100%.


Adrenalineis not needed unless someone is chasing you – remind you it costs -5 on your bar for every use. All you need is Exercise I in your skill tab.


Purification Tablets are used on drinkable items that has a low percentage or are about to expire such as canned or bottled drink, milk, orange juice, or a filled Canteen (not salty).

Adrenaline (refills your energy bar to 100.)


Splints are crafted with metal scrap to repair your broken bones and heal you for 10hp. 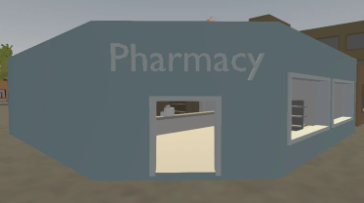 If I were you, I would skip getting geared up to killing players and start building that base. It would be tedious if you got killed by a random player out of nowhere and you’re back to base one. 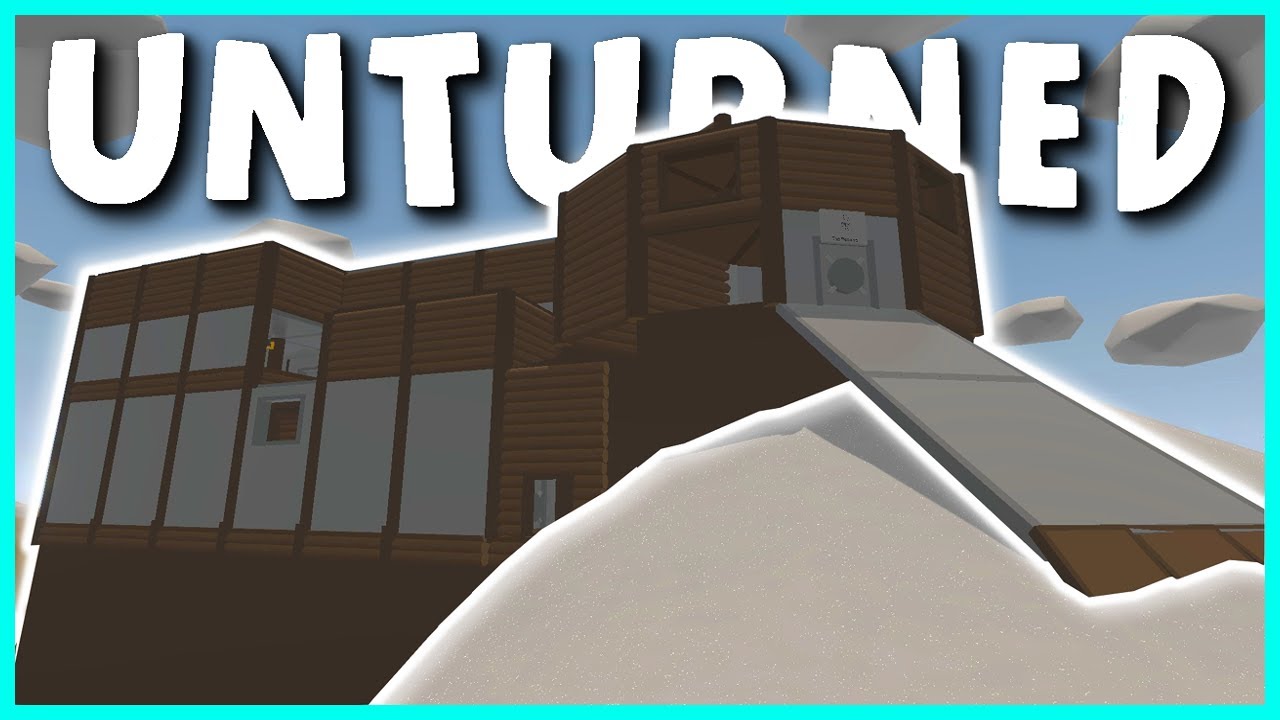 I think Metal Pillars are useless so go for the Wood Pillars first than metal for faster base building. 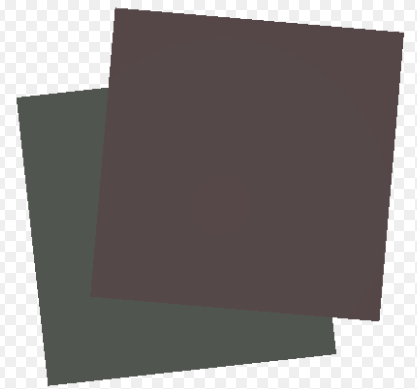 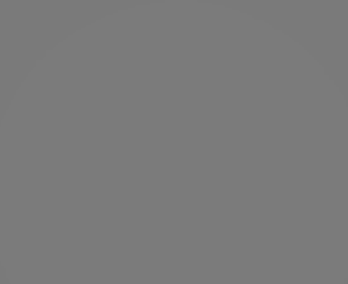 
The crafting recipes for your metal base


Pine Crate – Pine Plank (x7) + Pine Stick (x3) – (For storing metal scraps back and forth gathering, can be destroyed later)

Place Sandbagson the outer walls and inner walls of the metal base to make them waste more explosive and time.


Try and find a good area to build a base, where no one would ever try to go like near a mountain or far away from a road or farming area.


I don’t want to show secrets but you can build your base on a tree, underwater, edge of the map or up the sky. There are a lot of tutorials on how to do them, but it’s pointless to build up the sky because of helicopters. The tree base is really fun and no one knows which tree is a base unless they cut the tree.

The square is okay, but the triangles are better so your base can’t be raided but takes too long to build. Three players probably needs an inventory full of explosives to infiltrate your base which takes 16 hours to get explosives from a military base giving you enough time to repair your base. 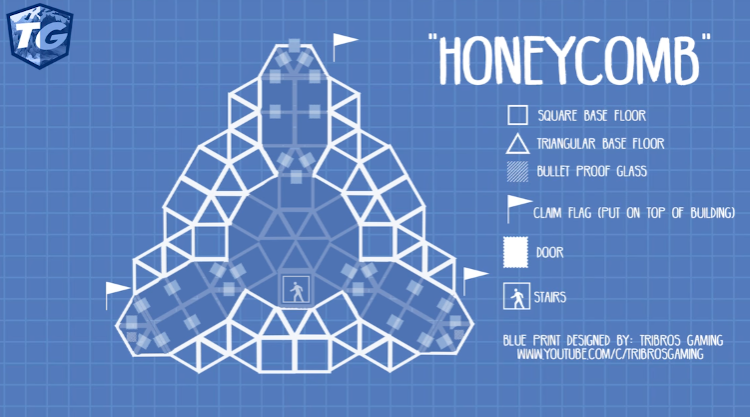 I want to simplify all these videos to text format but it’s too hard for me to focus because I have a very important and busy private life.

Now all you need is a place to store your metal scraps to repair your base if someone has tried to raid it.


Then you may start farming guns, ammos, useful clothings, food/water, and medicine.


You can also go and kill anyone you want, if you die from PVP, you have a backup supplies to continue the fighting in popular areas of the map.


I don’t have much time to play Unturned, I might as well share my thoughts on how to build a base.

This is all we can share for Basing for beginners (Servers) – Unturned for today. I hope you enjoy the guide! If you have anything to add to this guide or we forget something please let us know via comment! We check each comment! Don’t forget to check SteamClue.com for MORE!