A short and clean guide on the graphical options of the game, allowing you to achieve the best possible looking game while maintaining an FPS stability of 60.


This is what my game looks like with the graphical configurations of this guide, without the shader and then with it. The changes are way more noticeable in-game. The idea here is to have the game look as pretty as possible while still maintaining a stable FPS. If all you care about is performance, there are other guides out there for that.


NOTE: In the near future, more specifically after March 15, 2022… This guide will be edited to include “visual clarity mods” that are approved into the official realm. Or perhaps… A new guide?


Your feedback is appreciated! 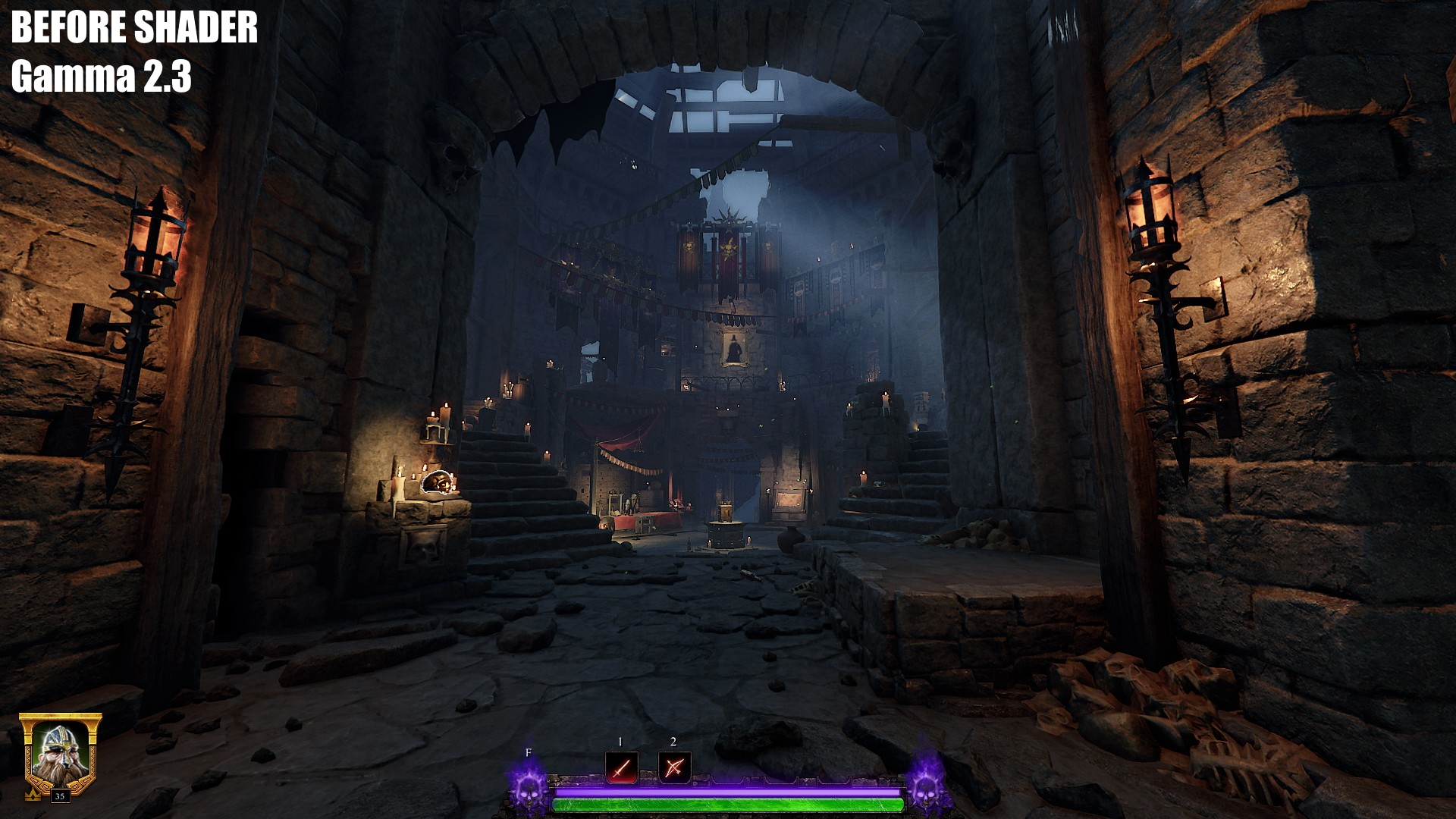 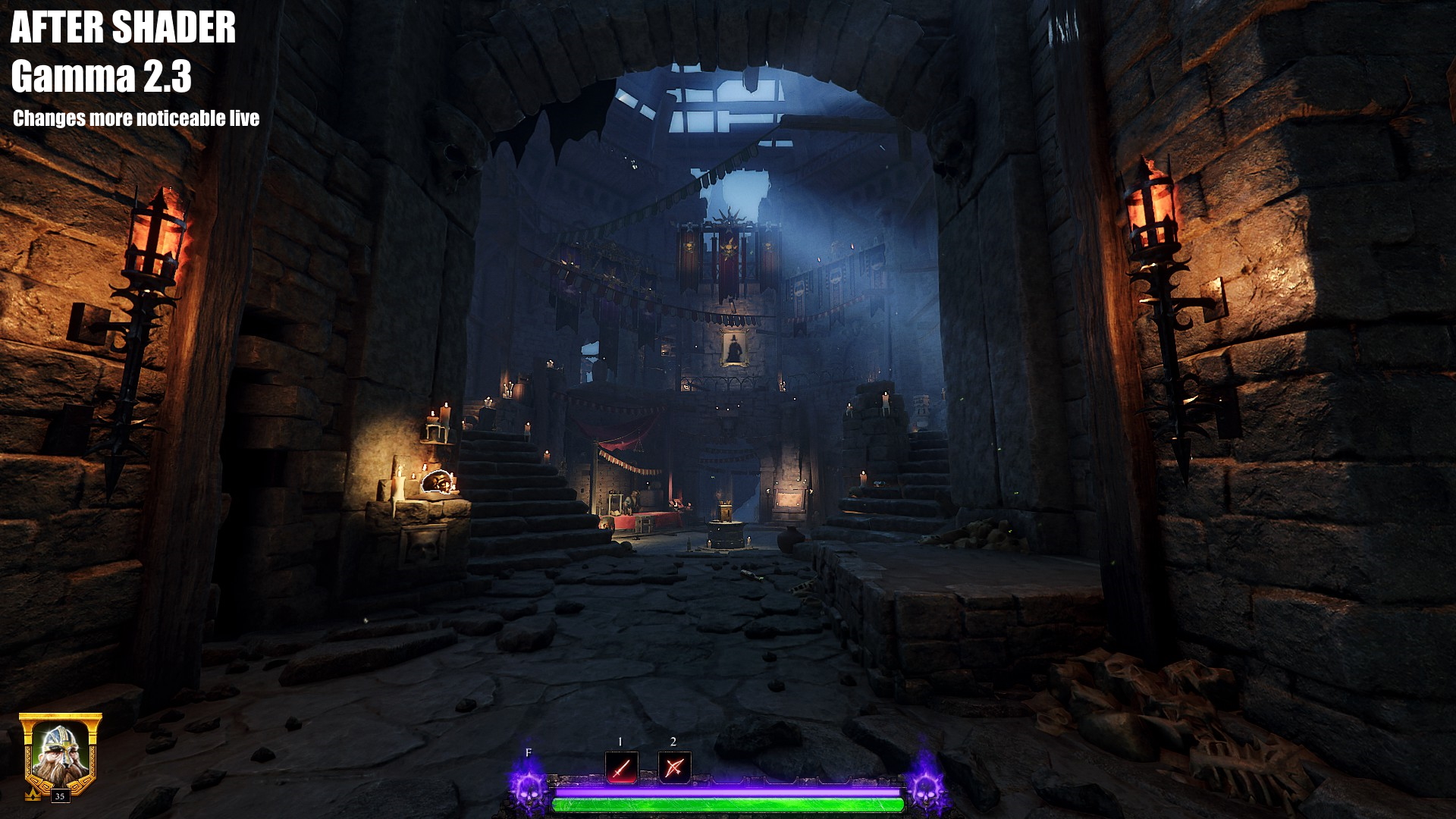 I’ve “face-value tested” all graphical options of the game with the intent of achieving the best performance while maintaining the prettiest graphics possible. I managed to settle on something beautiful with an FPS stability of 60 on the vast majority of the time.


The lowest my FPS has ever gotten was 45, on the worst possible scenario of vast open areas of poorly optimized sections of certain maps (ending of Engines of War, for example). This is, however, a rare occurrence. Unfortunately there is nothing we, the players, can do about this. A poorly optimized map will run poorly on any machine.


It is important to note that the positive result in performance will vary depending on your setup, as these options here were used for mine. If your GPU is stronger than mine, you will have better results than I did and might even consider bringing some options up. If your GPU is weaker than mine, you will either have similar results than mine or inferior ones, requiring you to tweak some options.


I made sure to try to point out what each graphical option does and how big of an impact in performance I noticed from it, that way you can know what to tweak, if needed. In any case, I strongly suggest you try these options exactly as they are in the guide first, before attempting to change anything.


The shader that greatly complements these options will also be a case of ‘your mileage may vary’. Everyone’s screens have different contrast, brightness, color fidelity, etc., but unless you’ve made drastic changes to its options, you shouldn’t have any issues.

The computer this guide was made on top of has the following relevant parts:

This guide was constructed to be effective. Here’s what you need to know to understand it:

Before booting up the game, go into the launcher’s settings and select the following: 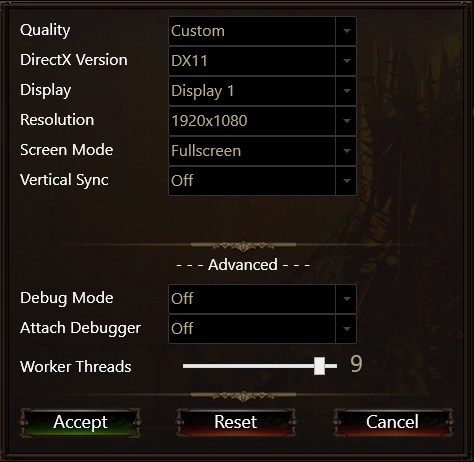 There are rumors of an increase in performance if the voice chat feature is turned off. I do not know how much truth is there to it.

The difference between medium and high is only noticeable if you’re actively looking for it, up close, without moving. This is totally worth the performance boost and I strongly suggest you stare at something while switching in between high and medium. The easiest to notice will be the weapon in your hand, but as stated, when you’re actually playing Vermintide, it won’t make a difference. But in any case, if you have the performance to spare, go high!

ReShade is a third-party software that manipulates the graphics of a game in a range of ways, IF that game is supported. You may go to its website – [reshade.me]  and download ReShade’s latest version. It is an executable file that you can launch from anywhere.


Select the option ‘Microsoft DirectX 10/11/12’, followed by the package SweetFX, which should be already pre-selected. In any case, make sure you tick its box off and on again so it becomes a black square, allowing you to select exactly what shaders from the package you want.

Then, click uncheck all at the top and select only DPX and Levels. 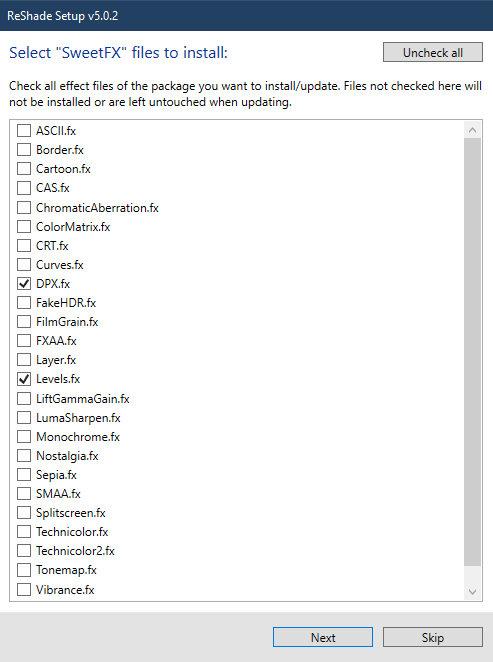 The third and last shader is callled Magic Bloom, but was removed from ReShade’s repository, which is where these packages comes from. It can be acquired manually through the author’s GitHub page – [github.com] . 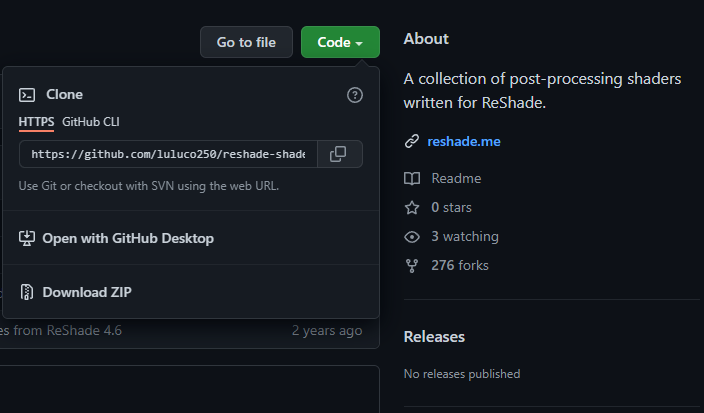 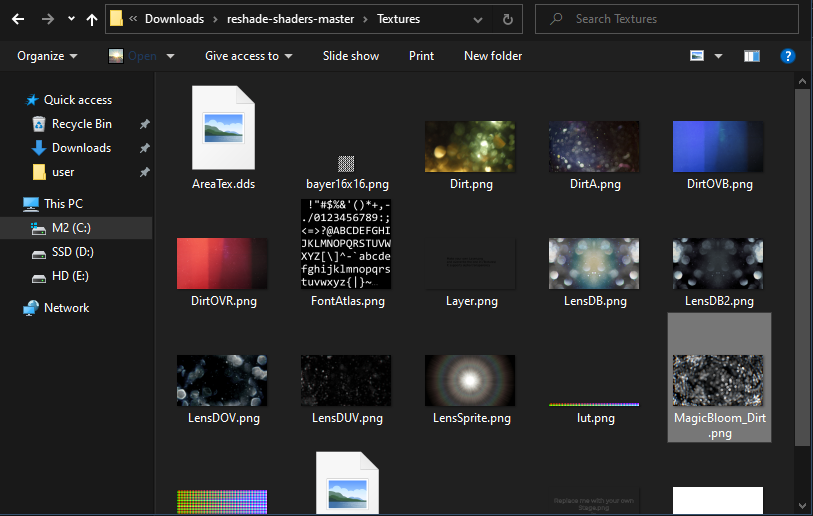 This concludes the instalation. ReShade should now automatically load itself when you launch your game. You will see a message at the top of your screen, with the key you should press in order to bring up ReShade’s config pannel. You can Change this keybind in there, but don’t launch the game just yet.


As it is, your shaders are in their default state and must be configured. Thankfully, you can just download a file with my configuration from here – [google.com]  and place them in the same binaries directory from above.


Now you can launch your game, hit the ReShade keybind, click skip tutorial and select the configuration file you downloaded. 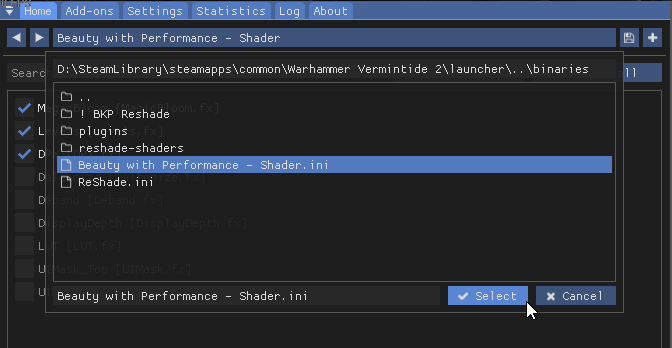 The recommended gamma from this guide is 2.3, however, depending on your monitor, you might find this to be too dark once the shaders are applied. Merely bring the gamma up until you’re satisfied. If you’re going past 2.7, however, something is deeply wrong either with your monitor or with your eyes.

MagicBloom will also affect glowing skins on your weapons. Hopefully this will make you stop using these disgusting illusions?

Thank you for coming to my TedTalk. In the near future, more specifically after March 15, 2022… This guide will be edited to include “visual clarity mods” that are approved into the official realm. Until then… enjoy!


If you follow the guide and end up taking some good screenshots, feel free to share them with me so I can showcase them here. If you know how to and feel like creating high quality gifs that would work well as showcase, please do share them as well.


Your feedback is appreciated! 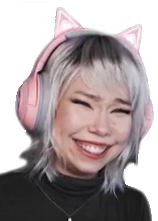 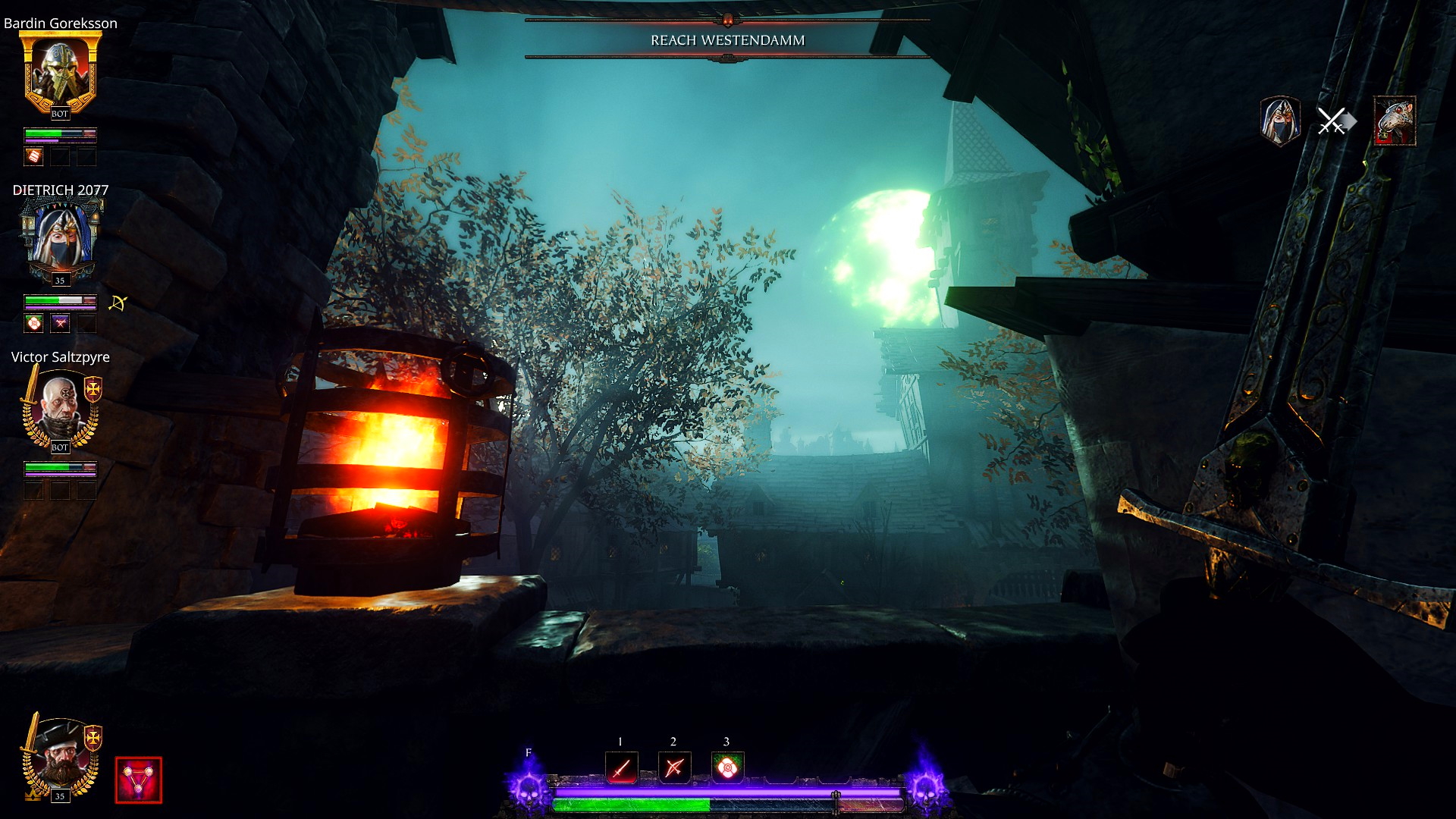 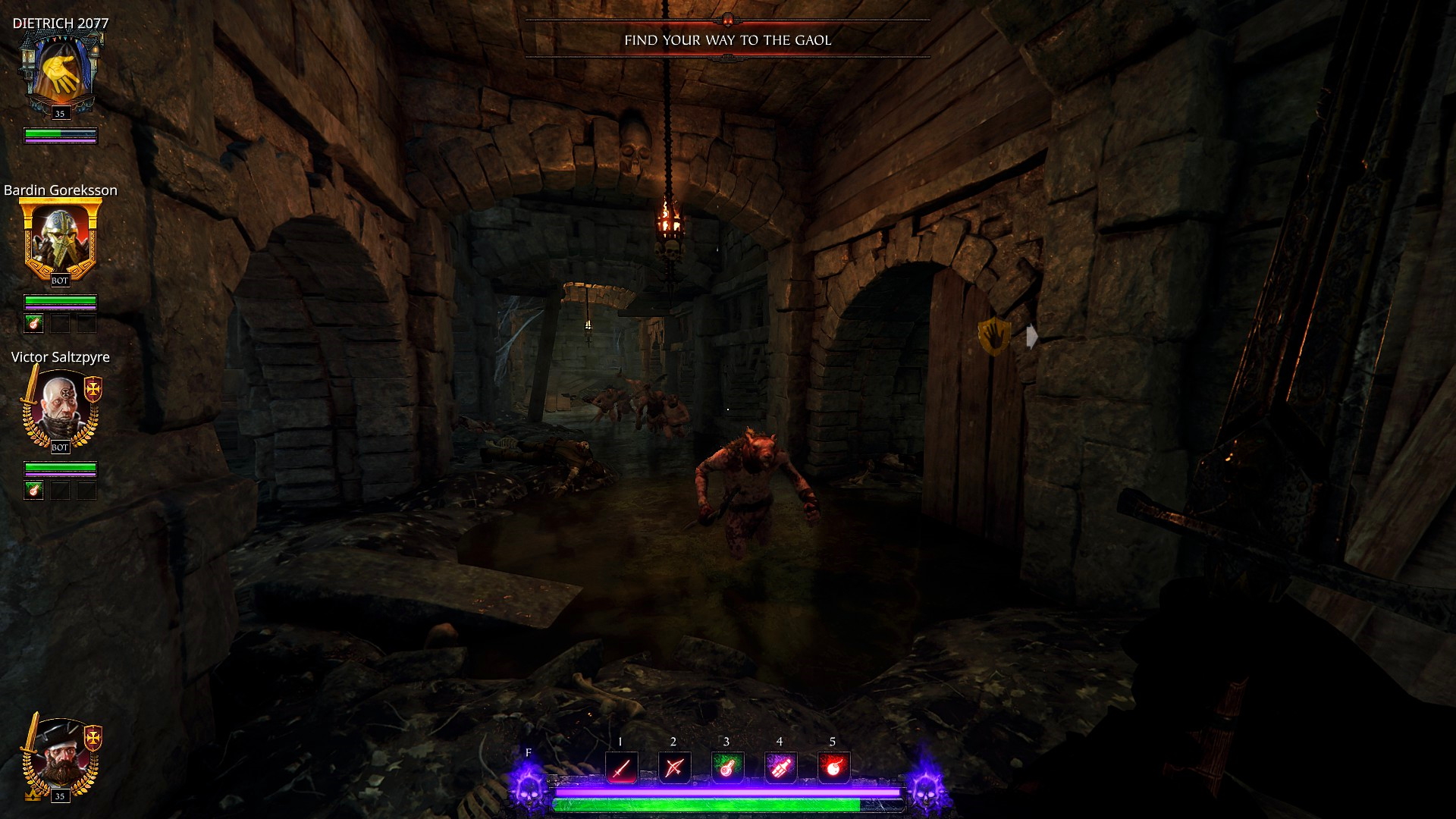 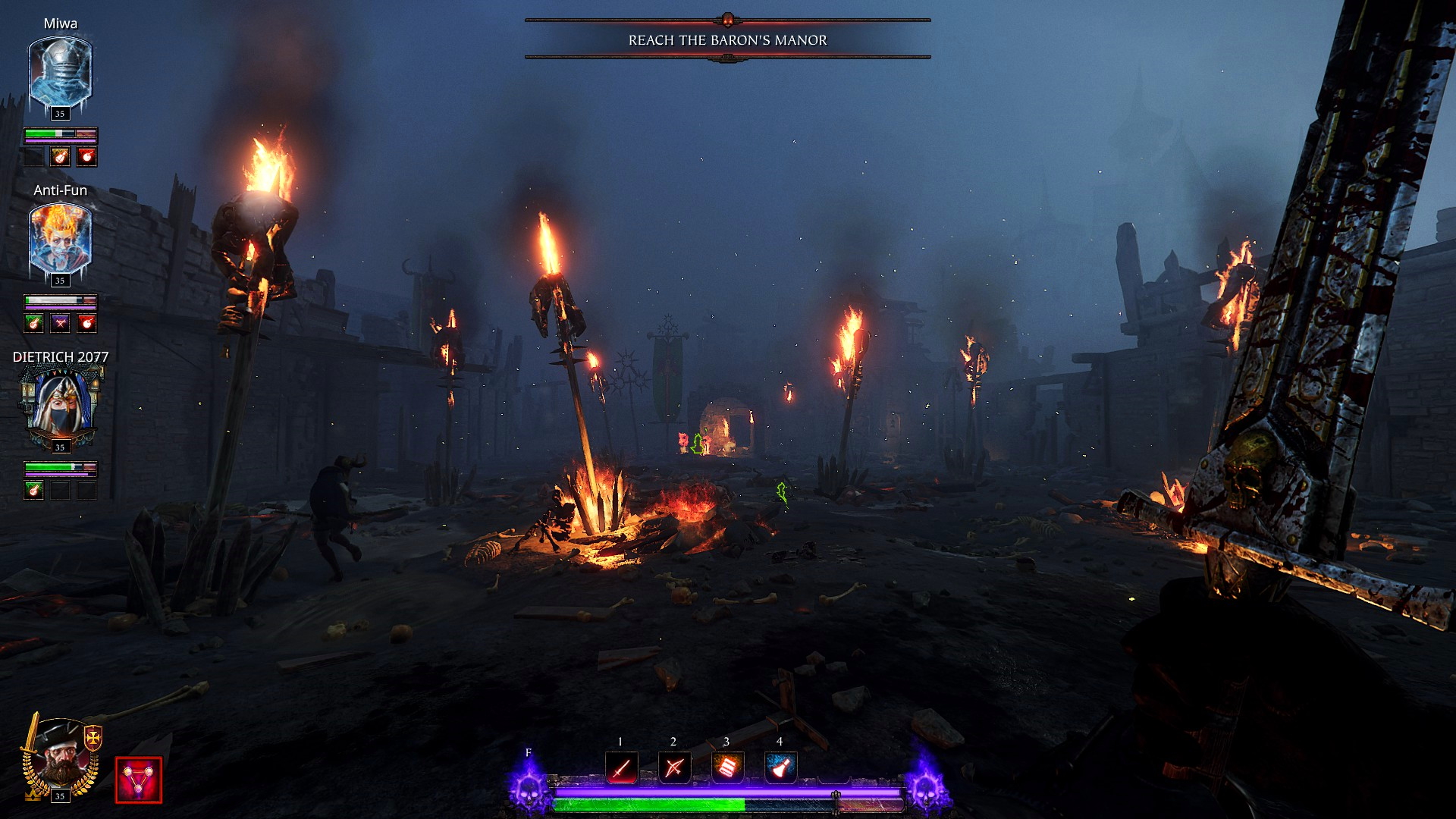 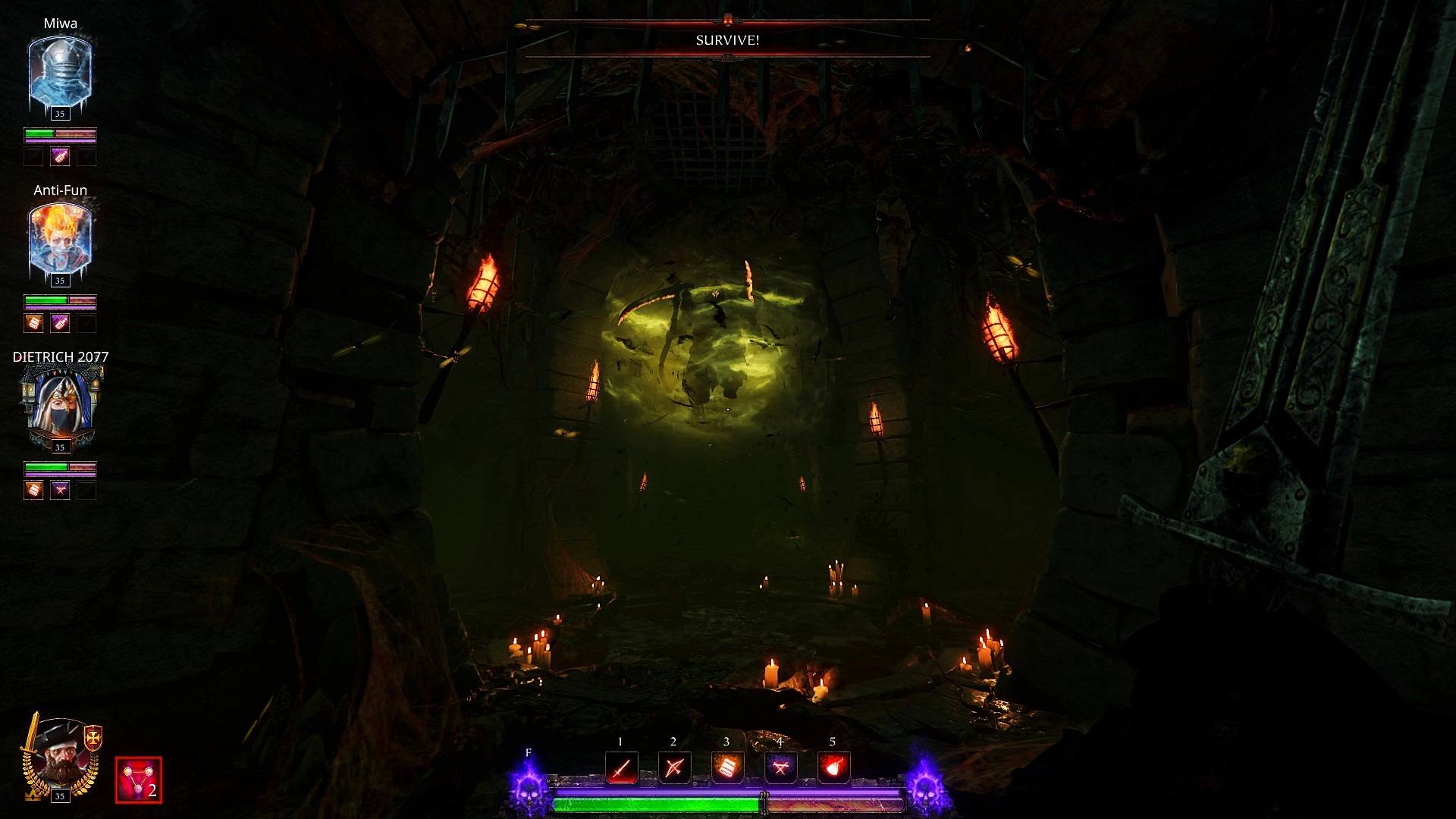 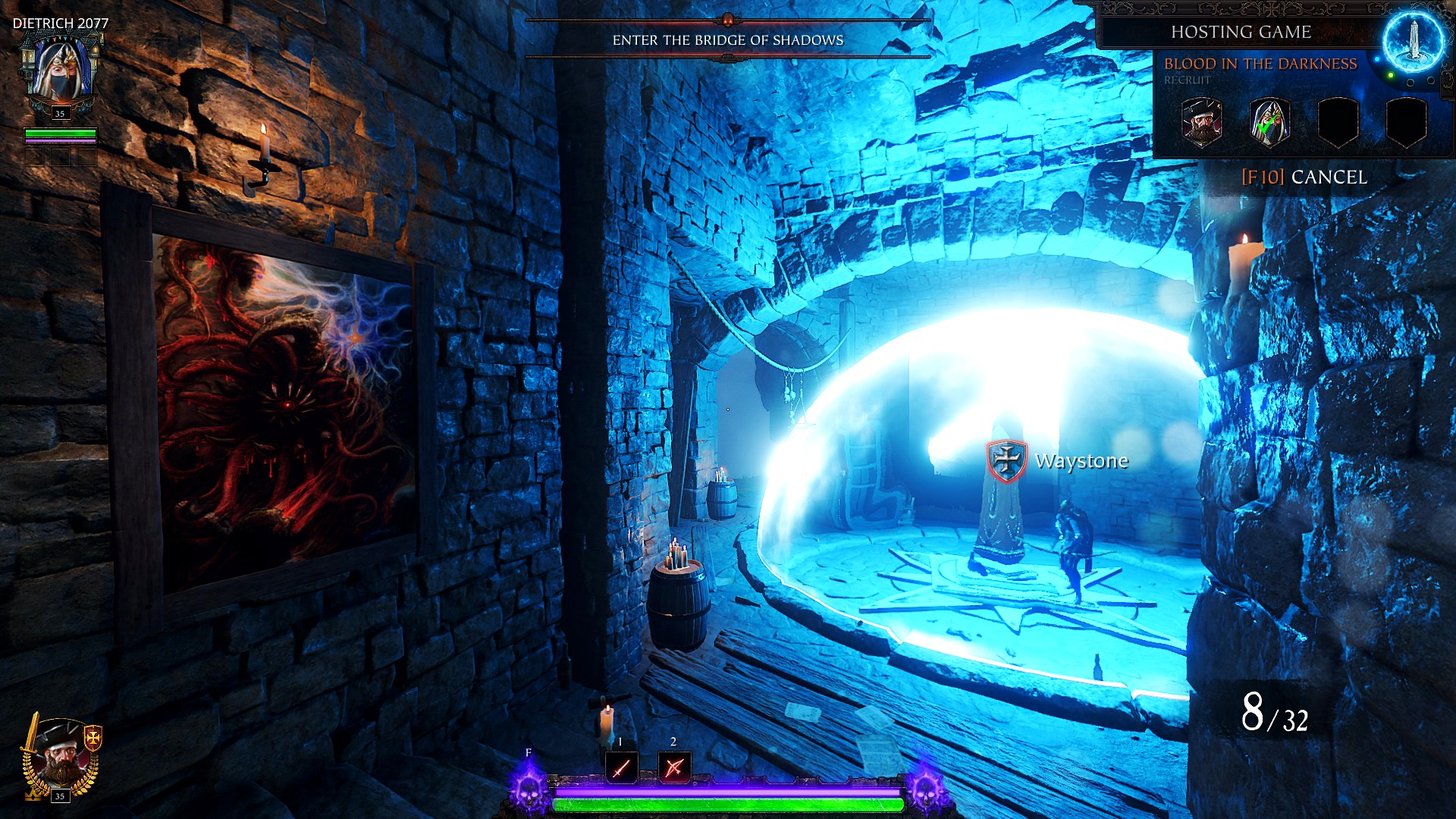 Here we come to an end for the Beauty with Performance: Graphical Settings + Shader – Warhammer: Vermintide 2 guide. I hope this guide has helped you with your gameplay. If you have something to add to this guide or believe we forgot some information to add, please let us know via comment! We check each comment manually by approving them!