Are you new to the game and you don’t know what Builds you should make? Then this is the guide for you!

Greetings soldiers, dwarfs and dung covered peasants. My name is Maine, some of you might know me from EU invasion servers.


As a result of the eastern invasion patch and the steam winter sale, there has been an increasing amount of players asking what builds or weapons they should use. In this post I will try to answer this question with a focus on builds and weapons that complement beginners or players on the lower end of the skill spectrum and helps them in having an impact on the game beyond getting kills. This doesn’t mean that they’re unsuitable for high skill players (Proof = me 😎).


The thought process behind my builds is to give the character the tools to do a certain job while also maximising their armor and weapon choice, so that you are still able to hold you own in a fight. These classes were mainly built for Invasion, but are also fit for Frontline.


Everything written in italics are notes in which I justify or explain why I made certain choices. They aren’t necessarily important for newer players.


I will split this guide into 3 sections. Utility builds, Beginner friendly builds and Honorable mentions. 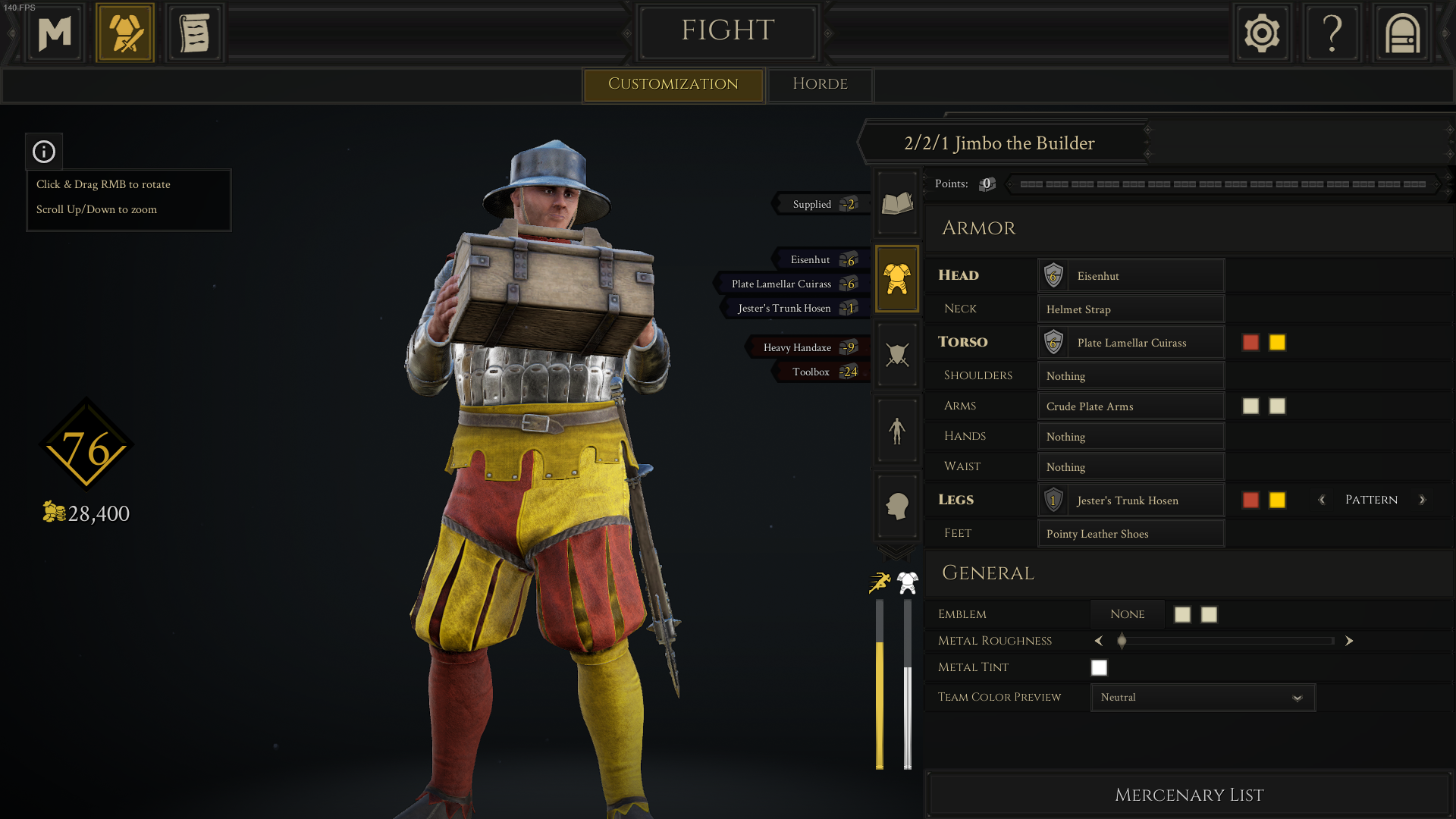 Spawnpoints win games. You can build a spawnpoint by using a toolbox. That’s pretty much all you need to know. Engineers also excel at reinforcing objectives and important chokepoints. A Ballista in the right spot is very annoying for the enemy team.


The Engineer is by far the most impactful class on defense. 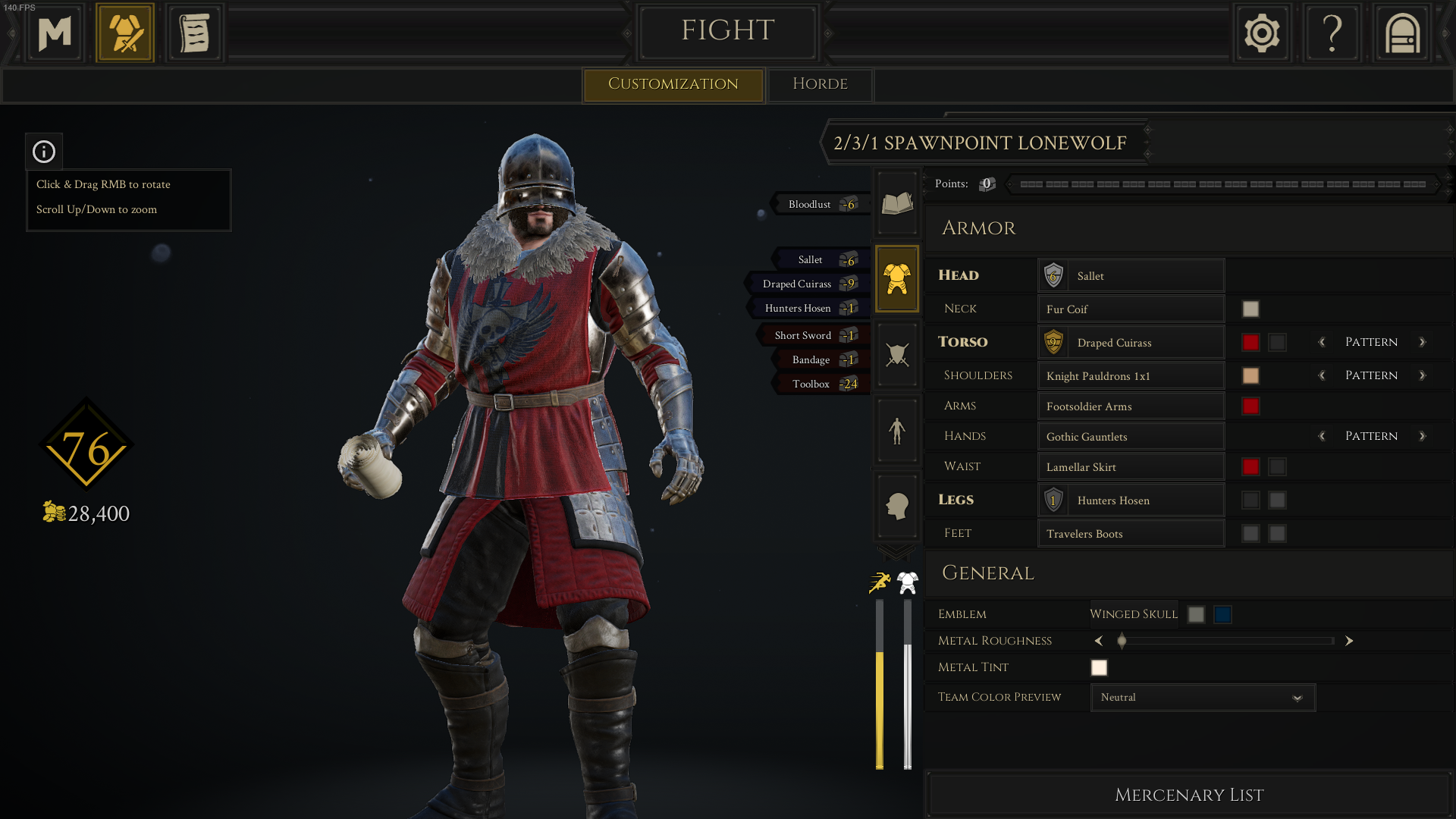 Again, spawnpoints win games. The thought process behind this build is: I want to support my team with spawnpoints but don’t want to be pushed into the Engineer role.


You want to maximize this build around carrying a toolbox. The best way to do that is a scavenger build. A scavenger build is a build that doesn’t use a weapon (or only a very cheap weapon) because you pick up the weapons that are dropped by your enemys and teammates. That way you can invest the points that you would need for your main weapon into your armor and perks instead.


I used the Bloodlust perk in this variation. You could put these points into Armor instead. 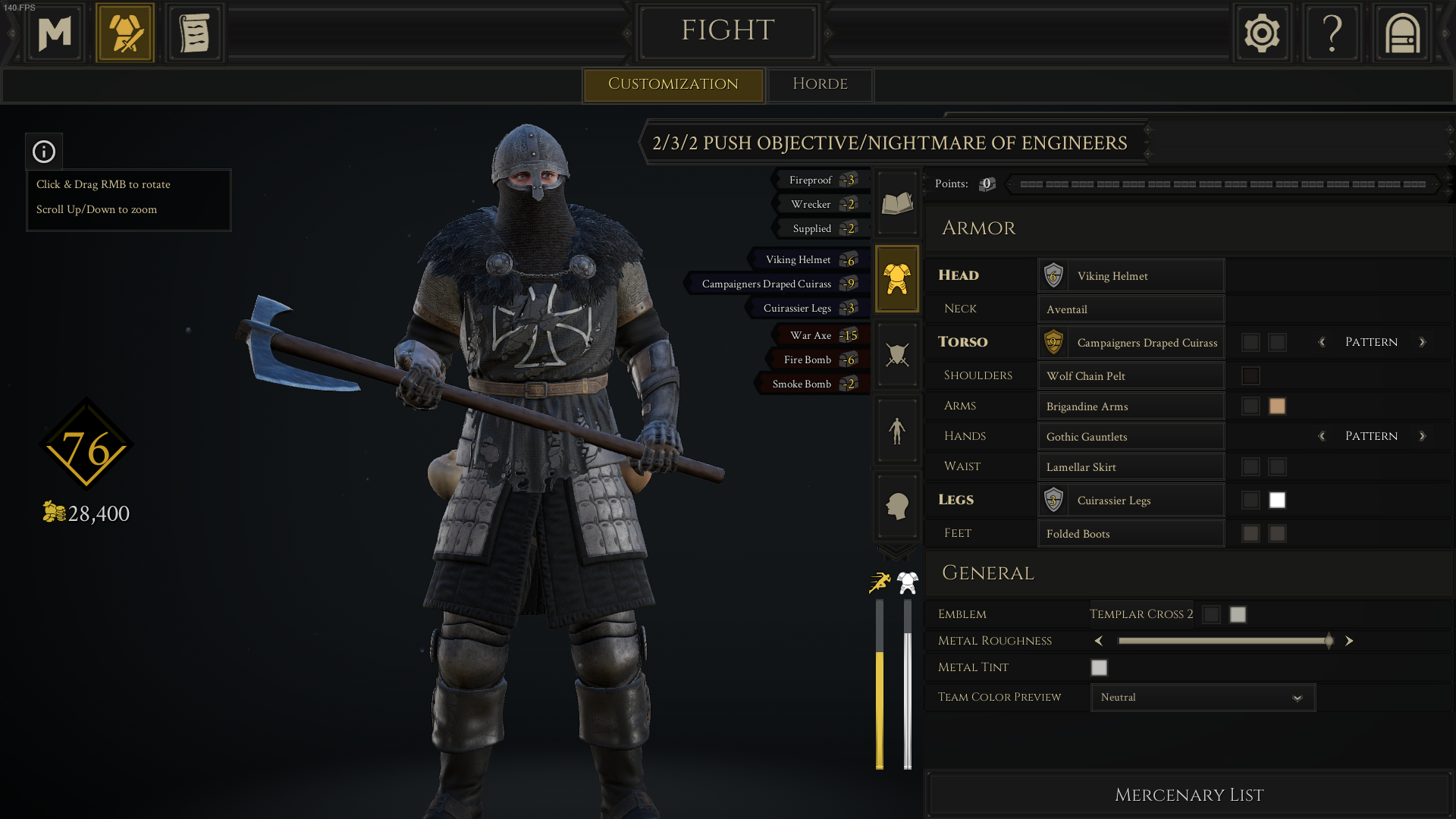 As the name suggests, this build is all about destruction. Wooden structures from objectives or hostile engineers stand no chance.


The Waraxe combined with the wrecker perk does insane damage to wooden structures. Additionally you have a firebomb and a smoke bomb for even more destruction and area denial.


This build really makes you feel like a freight train. 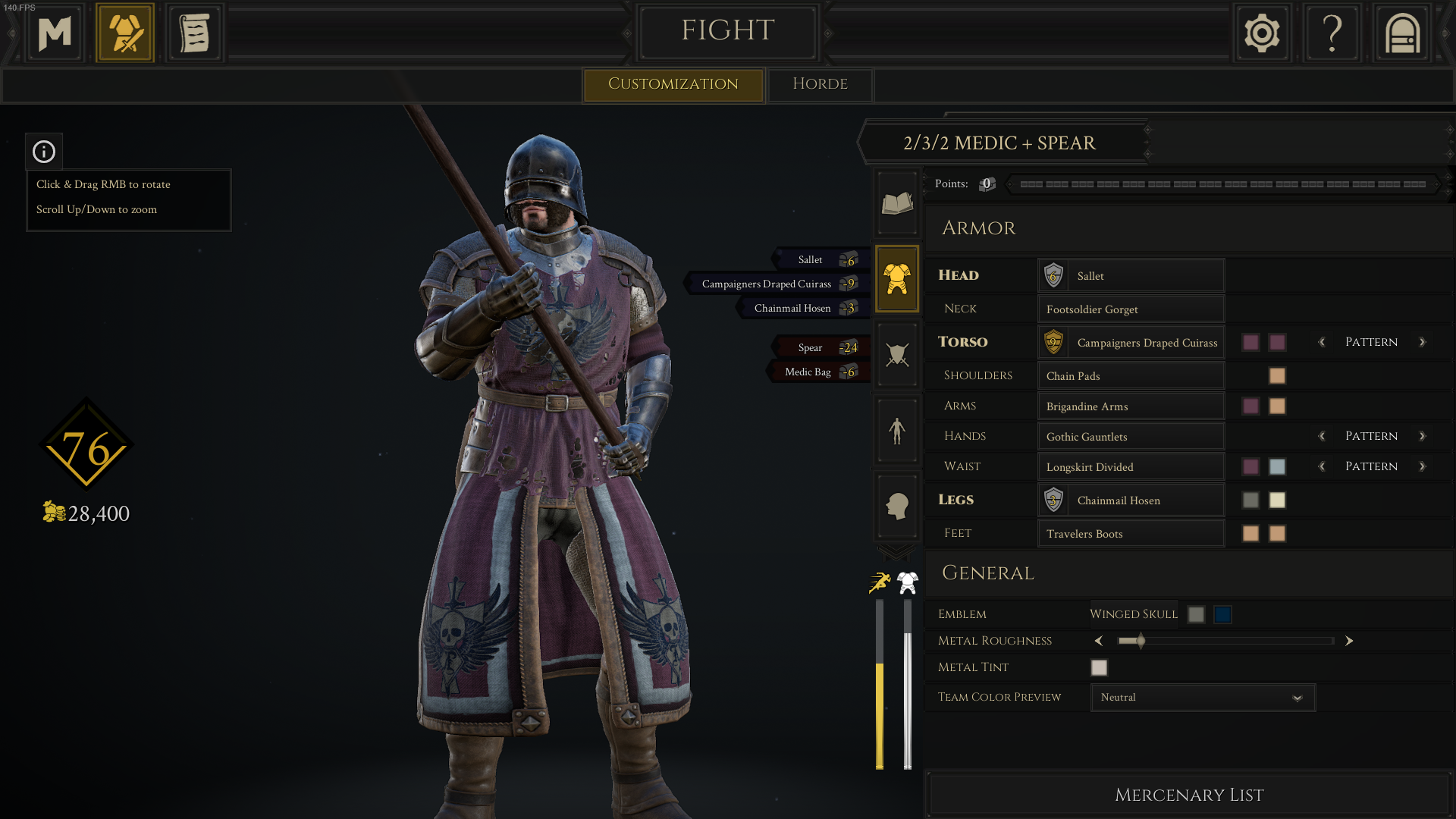 The main aspect of this build is the Medic Bag. Medic Bags enable your team to stay in the fight for longer and get back to fighting quicker. Not as good as spawn points, but still very nice to have.


I chose a Spear as the weapon of this build because the Spear is, in my opinion, the most beginner friendly weapon. You can choose whatever weapon you want. 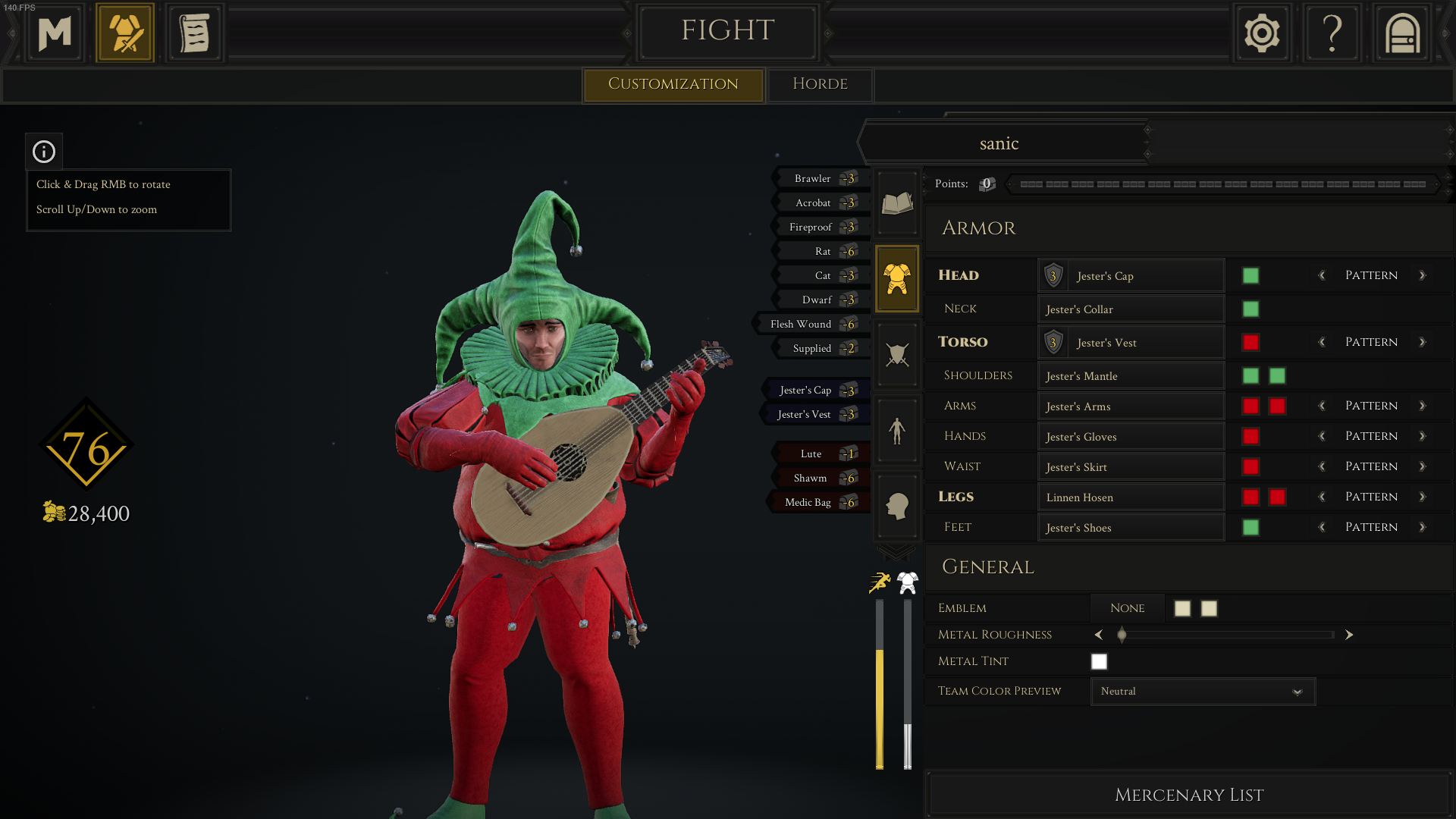 Who doesn’t like a good song to boost morale?

The Spears range and ease of use makes it the best weapon for beginners. 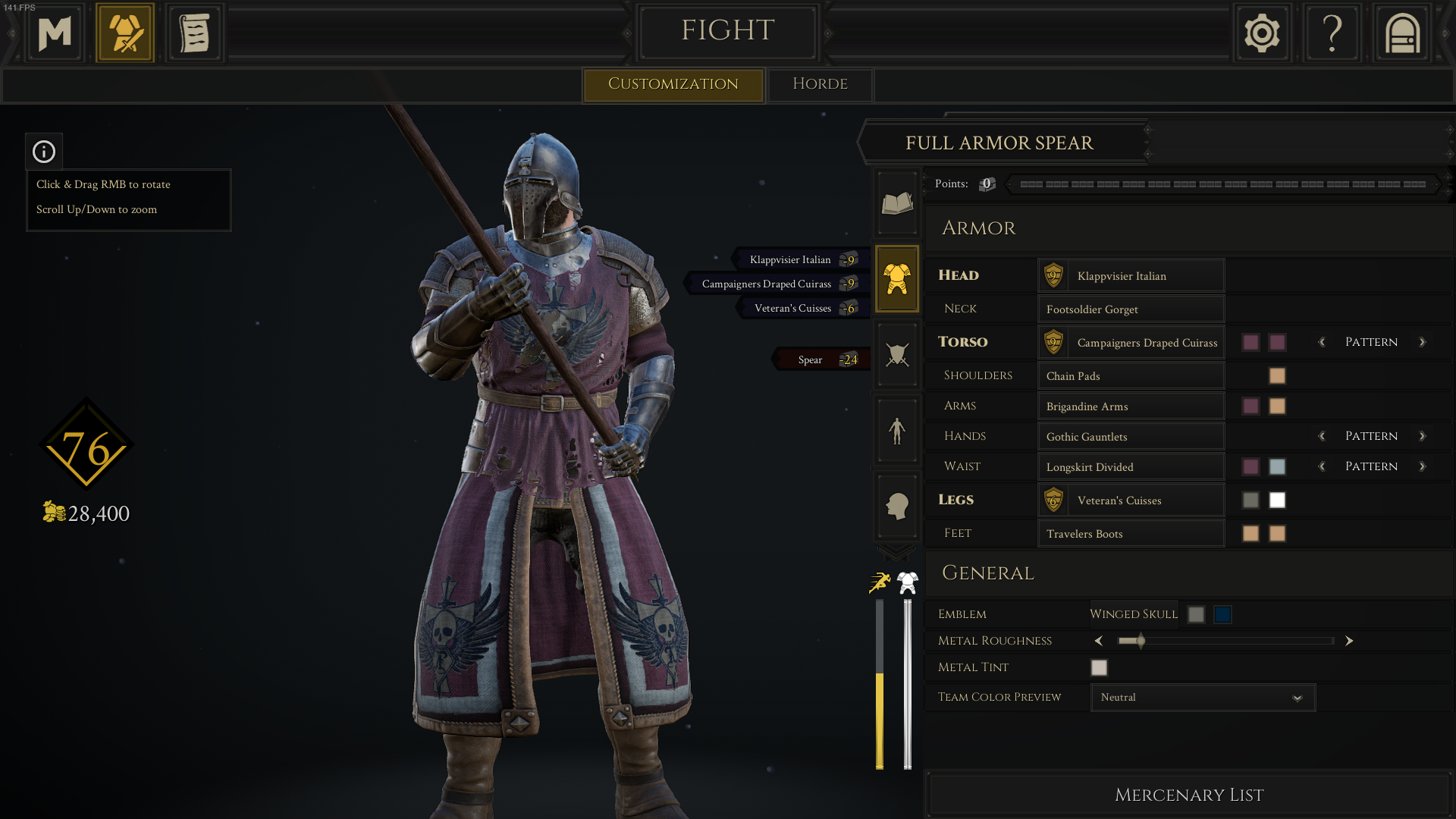 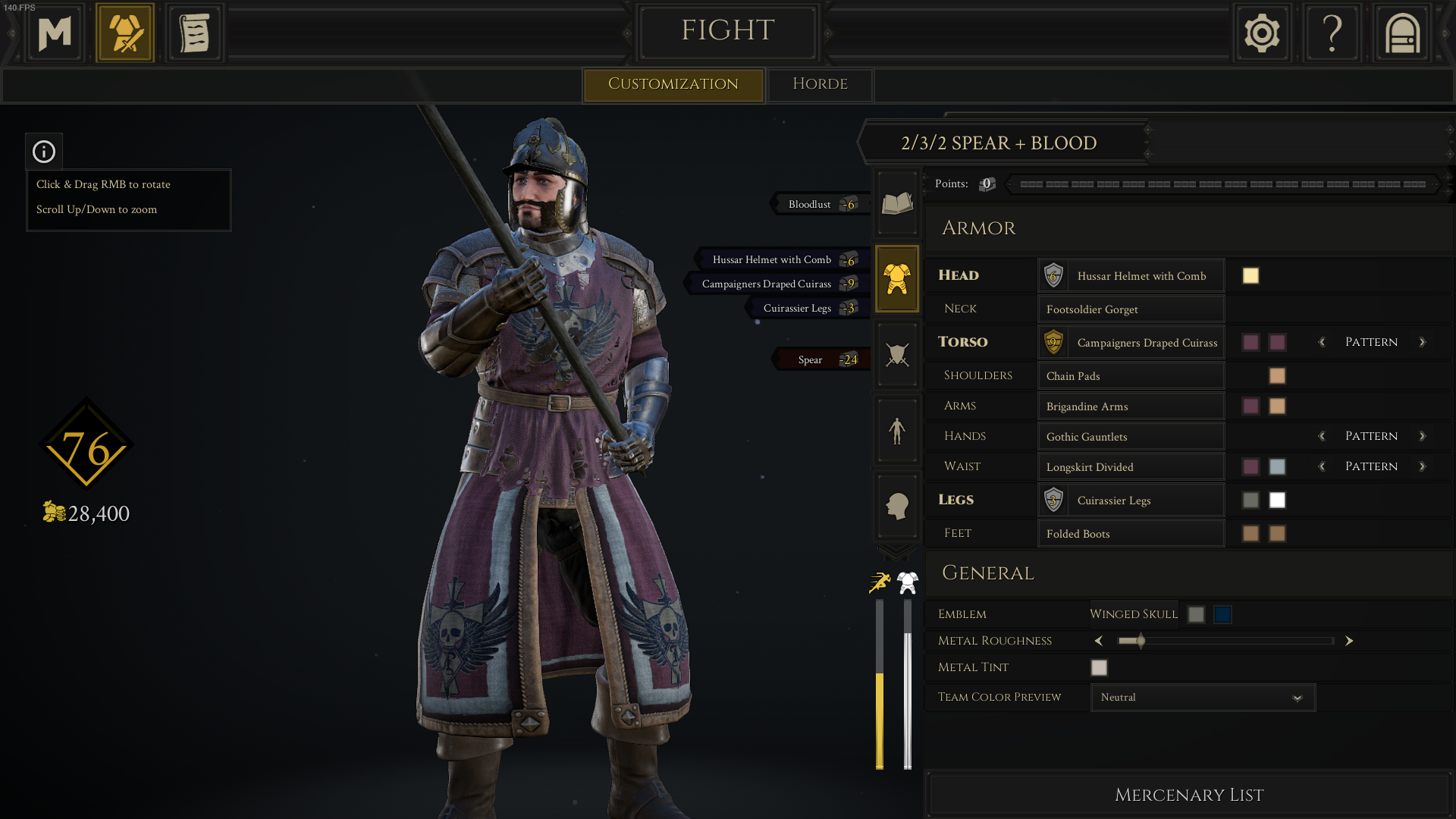 Bloodlust gives you a full heal when you kill an opponent (*under certain conditions). I like to incorporate Bloodlust into most of my builds. It might not be the best option for beginners, since you have to kill enemys for Bloodlust to have any effect. 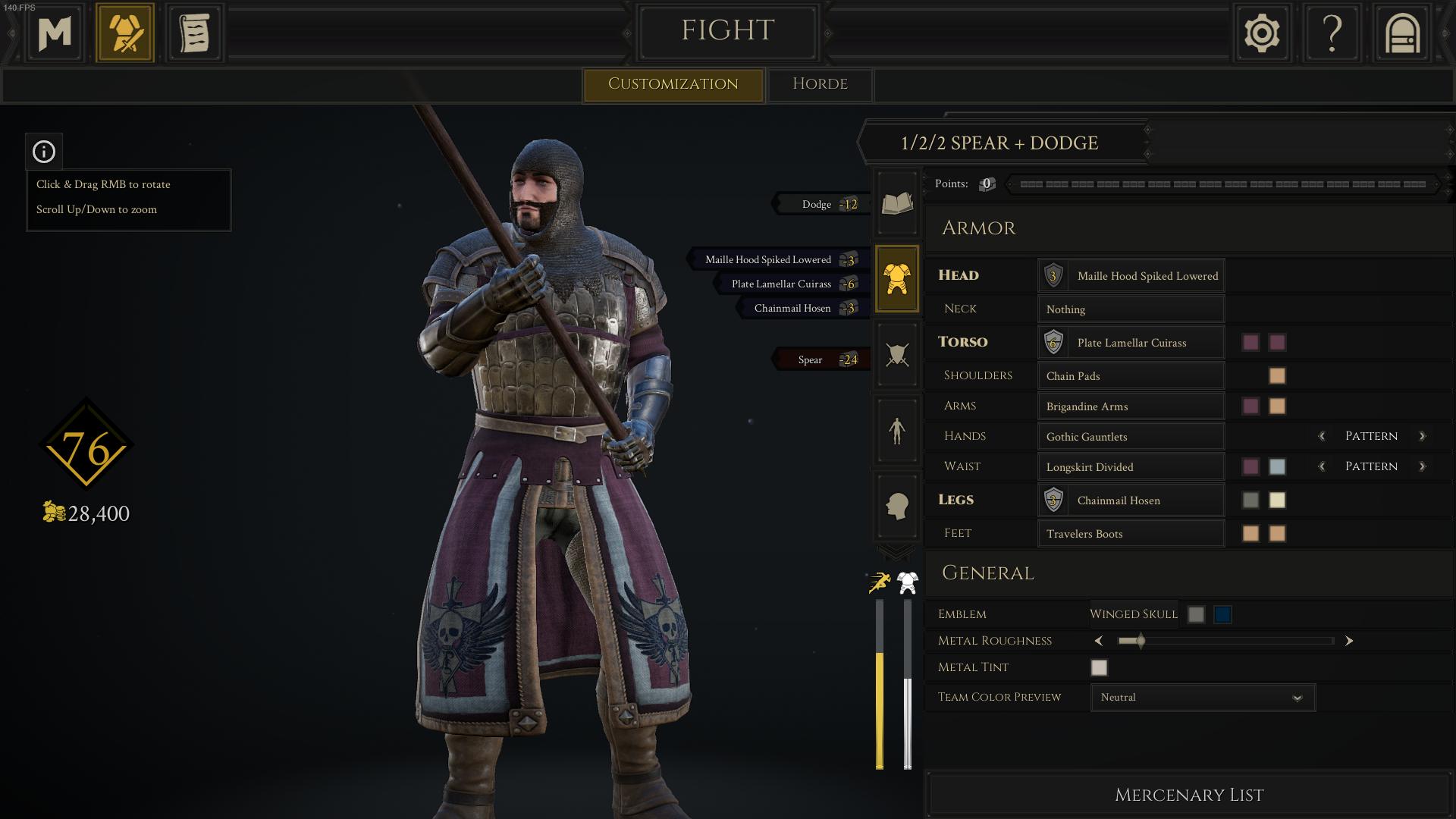 Add the dodge perk for even more spacing and maximum salt farming. (be aware of your stamina tho) 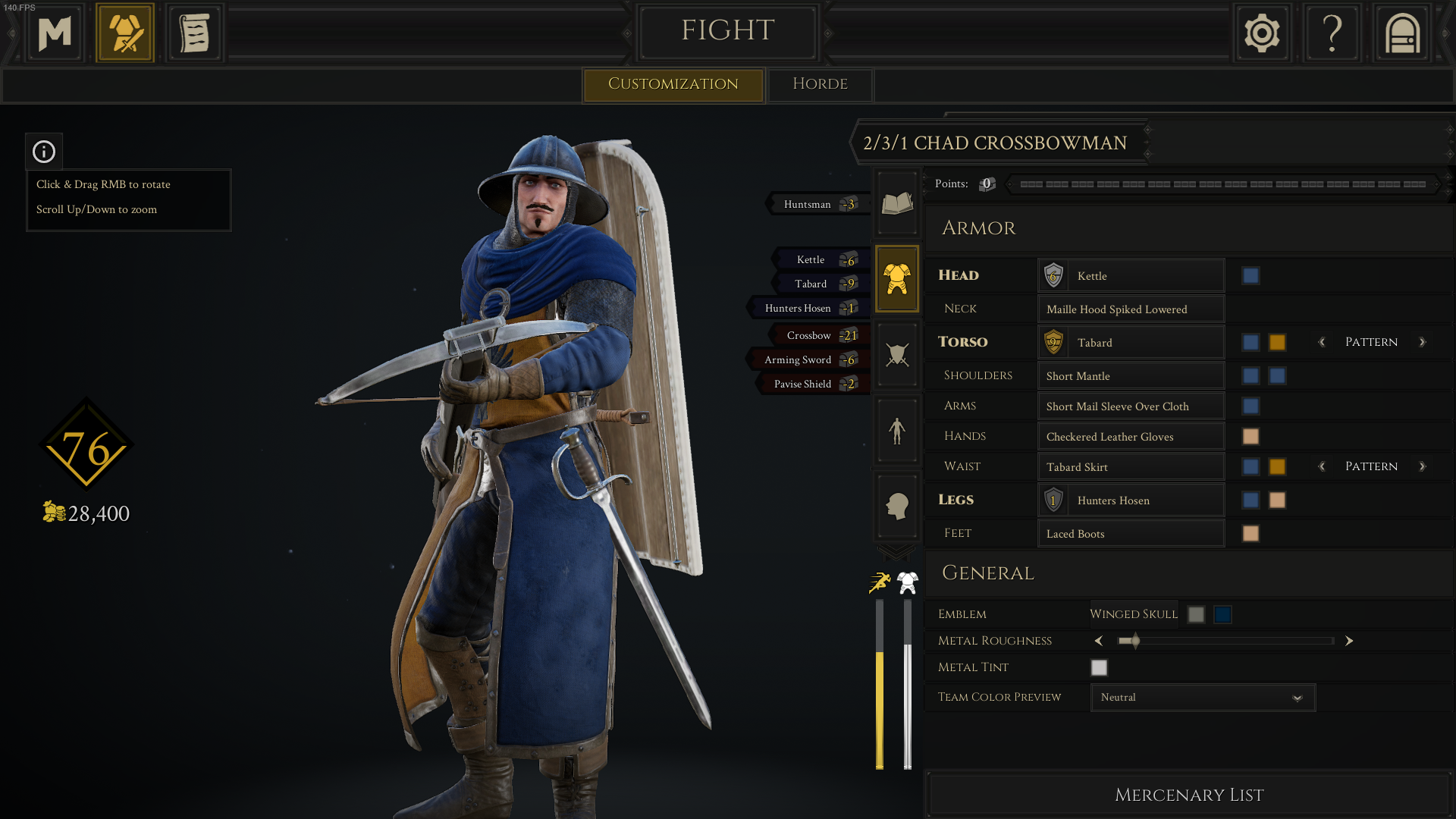 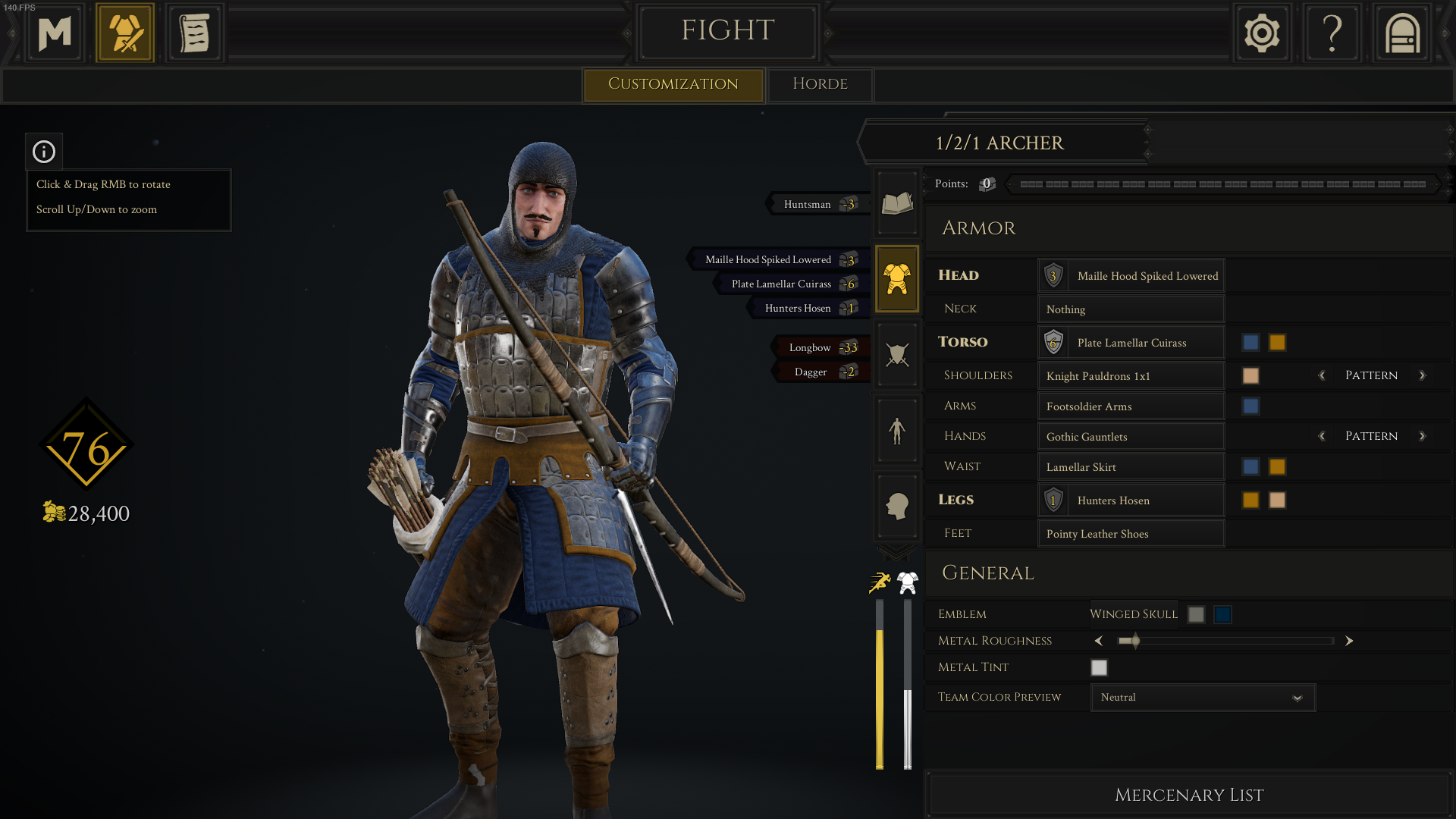 I jest – [redd.it]  with the Virgin part. The real Virgins are the people who get extremely mad at you for playing Archer.

FPS players will feel at home. There are multiple ways to play an Archer, this is just the build I prefer. 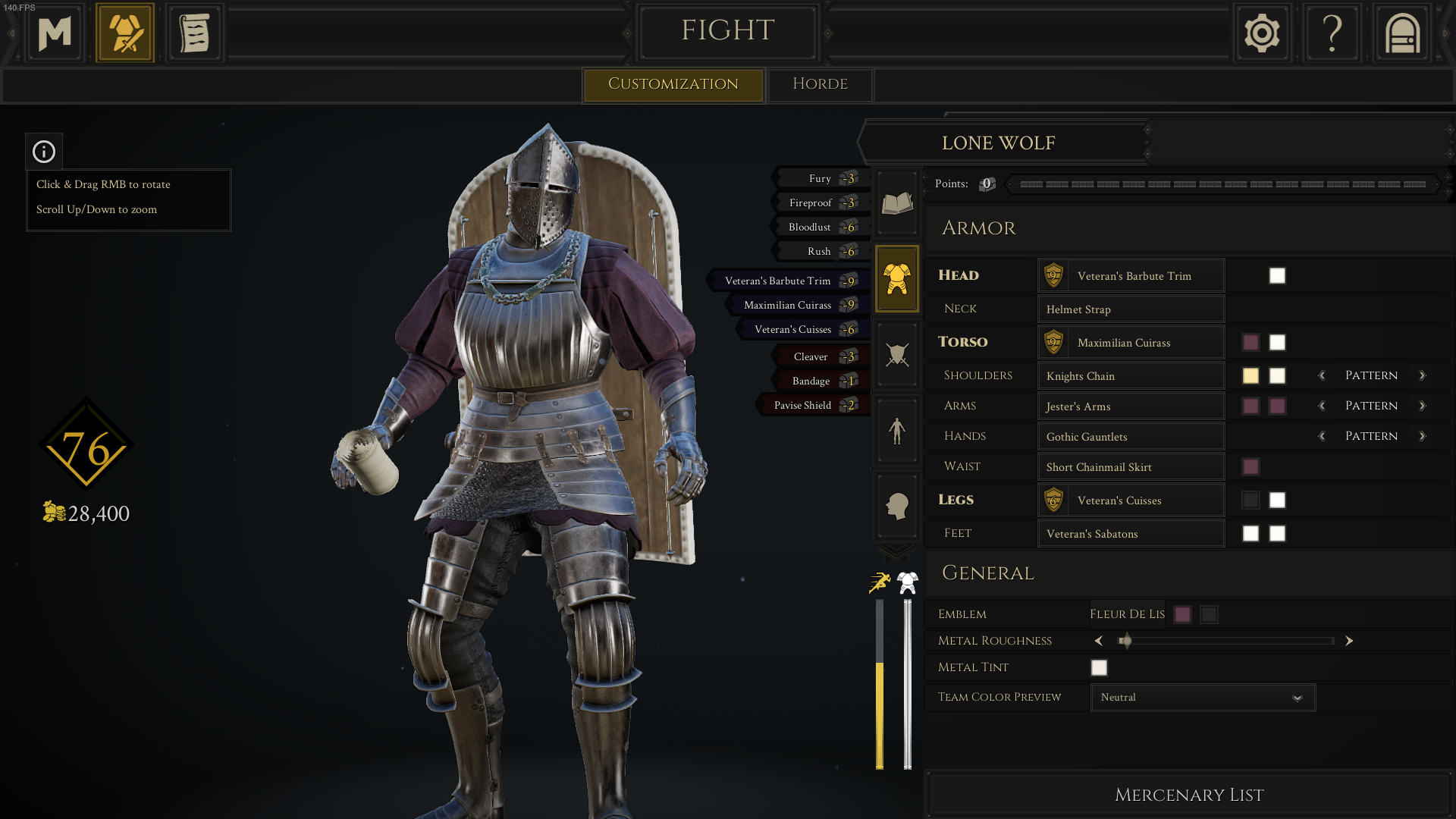 A scavenger build is a build that doesn’t use a weapon (or only a very cheap weapon) because you pick up the weapons that are dropped by your enemys and teammates. That way you can invest the points that you would need for your main weapon into your armor and perks instead.


This build didn’t quite make the cut because it’s not really a beginner friendly build. The build forces you to constantly adapt.


On the other hand: It’s a great build for trying a lot of different weapons and learning the basics of how to maneuver them. That’s why I still wanted to include the build. (And it’s the best build in the game on paper, since you can put all your points into perks and armor and still pick up the best weapons in the game.) 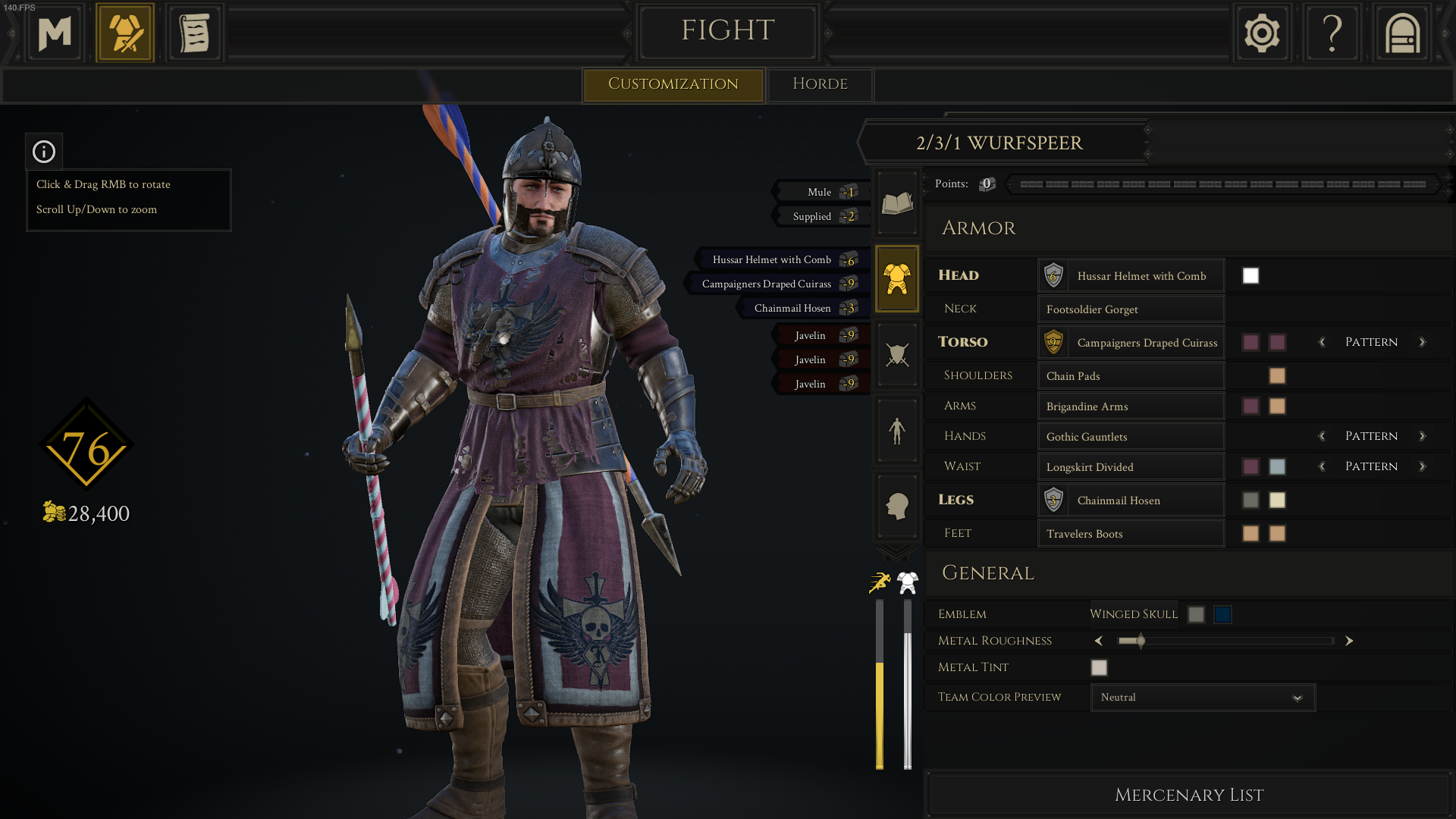 A very fun build which lets you lob 9 javelins at the opponent. Stay near an ammunition chest for maximum efficency.


You can use the extra equipment slot from mule to pick up weapons.


Thank you for reading my guide. If you have any questions or suggestions, feel free to comment.

I hope you enjoy the Beginner Build Guide: How to make an impact without getting kills – MORDHAU guide. This is all for now! If you have something to add to this guide or forget to add some information, please let us know via comment! We check each comment manually!