Corruption is a stat for each princess, that starts at 0 and can go up to 10. It represents the princess’ surrender to wanton pleasure, which breaks her mind at high levels.


Corruption can be tracked via the Diary for each princess.

The main way of increasing corruption is through Battle ♥♥♥♥♥♥♥. To enter a battle ♥♥♥♥, these conditions must be true:

The princess must have a Lust stat greater than 0.

The princess is the active party member and must be hit by an enemy (not a miss or dodge).

If the above conditions are satisfied, they have a chance (scales with Lust?) to enter a s*x scene with the enemy that they are currently fighting. The mechanics are as follows:


On every thrust, the princess loses HP. The more Lust she has, the more HP she loses per thrust.

Once the princess’ HP is depleted, the enemy ejaculates. You return to the main battle with the following consequences:

The princess preserves 1 HP, and cannot participate in further battles until you heal her. You are automatically switched out to the next available party member.

The princess’ Corruption has a chance to increase by 1.

The princess may become impregnated.

You collect 1-3 sperm of the enemy’s type.

The princess can escape the s*x if you repeatedly mash the left and right arrow keys alternatingly.

Testos-X is an item which can be bought from Trevor for 500 Swirlies each, and can be used on a princess at a campsite. This will enable the Knight to have s*x with them even if they normally would not be interested, but using Testos-X will also increase that princess’ Corruption by 1. Only 1 Testos-X can be used per campsite.


Moth Dust is a re-usable version of Testos-X, obtained as a dowry from Moth Princess. Using Moth Dust counts as a Testos-X use, and you will not be able to use more Testos-X in the same campsite.

With its new formula, this aphrodisiac could make anyone fall at your feet! It has many uses, make sure to try it out in many occasions!

The Nya Nya Doll may raise Corruption while equipped on a princess.

A cursed and malicious item, decreses LUK by 50% but increases MDF by 50%. May cause long-term effects.”


This cute, but cursed, doll has two kinds of effect!


If equipped it simply raises MDF by 50%, while decreasing LUK by 50%. You will crit less and get critted more often, but you won’t have trouble handling magic and ranged attacks!


It will get more tricky for the bearer if she’s still sitting on her throne though, and you gift her one of these dolls.


Any Princess under the effect of a Nya Nya Doll and at war against Cat Princess will gradually lose ground and see her Diplomacy with the cat gradually increase!


The curse on these toys could also increase the Corruption of the Princesses bearing them, handle with caution!


The Nya Nya Doll can be bought from Merchant Princess for 500 Swirlies when she visits the Cat Reign.

One can avoid Corruption entirely by simply avoiding battle ♥♥♥♥♥♥♥:


Turning the Battle ♥♥♥♥ option off will prevent princesses from having s*x during battle.

Keeping a princess’ Lust stat at 0 will prevent them from having s*x during battle.

Equipping a princess with a Chastity Belt will drop their Lust to 0, having the same effect.

One can be found in a box in the Chapel.

Amelie, when recruited, comes equipped with one.

More can be bought from a nun at the Monastery for 500 Swirlies each.

If a princess is never involved in combat (or if they at least never take damage), they will never engage in Battle ♥♥♥♥ and their Corruption will not increase.

Naturally, one should also avoid using any items that raise Corruption. 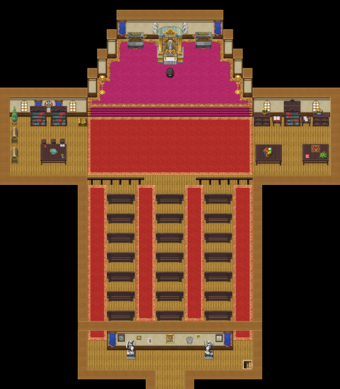 Northern Region of The World on the Northeast Side 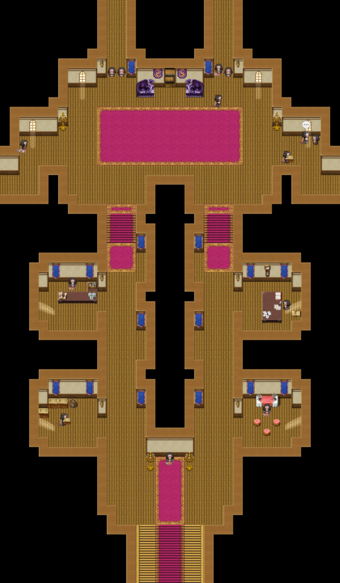 Monastery is in the Kingdom Above, accessible via the Sky Lift. Flight is necessary to reach it; a dragon progeny’s ability (holding ctrl on the world map) or the Cucco Wings (available from Tinkerer) will allow the Knight to reach the monastery.

As of v0.17.5, upon reaching max corruption, there is a chance that the princess will transform into a succubus version of herself at the end the next camp that she attends. Her Corruption is reset back to 0, and she experiences the following indefinite changes:


The appearance of the princess and (?) any further progeny changes. (Does not affect any progeny she’s pregnant with before succubization.)

The princess can now equip whips.

The animation exits on its own after a while, so you do not stunlock an enemy to death.

Boss-type enemies also won’t be entranced by the Love Whip.

Battle ♥♥♥♥♥♥♥ (both normal and offensive) has a significantly reduced chance of increasing Corruption.

The princess now feeds on s*x.

At night, the princess can fly.

Talking to the princess in camp forces the Knight to spend the night with her. Attempts to leave will be stopped by the princess, and you’ll be forced to go another round. If you do not have enough Endurance to survive the night, it’s game over.

The earliest you can set up camp for the day varies between 19:00 to 21:00. Every s*x animation uses up 2 hours (except for the first animation, which uses up nothing). The night ends at 04:00 the next day.

Thus, the Knight may spend up to 6 Endurance. Have a few Princess’ Spring Water on hand, or equip the Knight with a Clockwork Key, to survive the night.

Spending the night with your other party members, or going to sleep by yourself uneventfully, are unaffected.

Along with the usual animations in battle-♥♥♥♥♥♥♥ or camping, unique succubus animations (if the princess has them) are available as well.

Letting a succubized princess reach max corruption again causes them to enter a “broken” state, where they will (?) no longer accept any s*x in camp or initiate/progress any quests or character development. On the next camp (?), they will return to the Tavern and will not rejoin the party or do anything else, thus becoming unplayable.


Showing a succubized princess to the nun at the Chapel makes her kick the party out of the Chapel in horror. (You can re-enter with no problems.) You thus cannot remove Corruption through this method.

Returning to human form prompts a line of dialogue from HumanP suggesting that she was unaware of what happened while she was a succubus.

Using Prayer: Purify resets both the Corruption level and the succubization. This is the only way to rescue a “broken” princess.

Before v0.17.5, only the Human Princess will be succubized, while the other princesses (lacking a succubus form) will enter the “broken” state directly

There is a cheat that immediately succubizes all princesses, including ones currently on the throne.

Using this cheat to succubize princesses does not reset their Corruption to 0 – they will keep their current Corruption level.

Visiting a succubized princess still on the throne while she is sleeping gives you access to her succubus animations, but all other interactions are normal, e.g. she will not force you to have s*x the whole night / until you die.

I hope you enjoy the Corruption and succubus form – Princess & Conquest guide. This is all for now! If you have something to add to this guide or forget to add some information, please let us know via comment! We check each comment manually!