WARNING: WILL contain spoilers… and references…also we are absolutely sure the guide is FAR from full of all of them, any sugestions? let us know!

There is a House on the left to the one the player starts in wich is filled with lots of toilet paper. 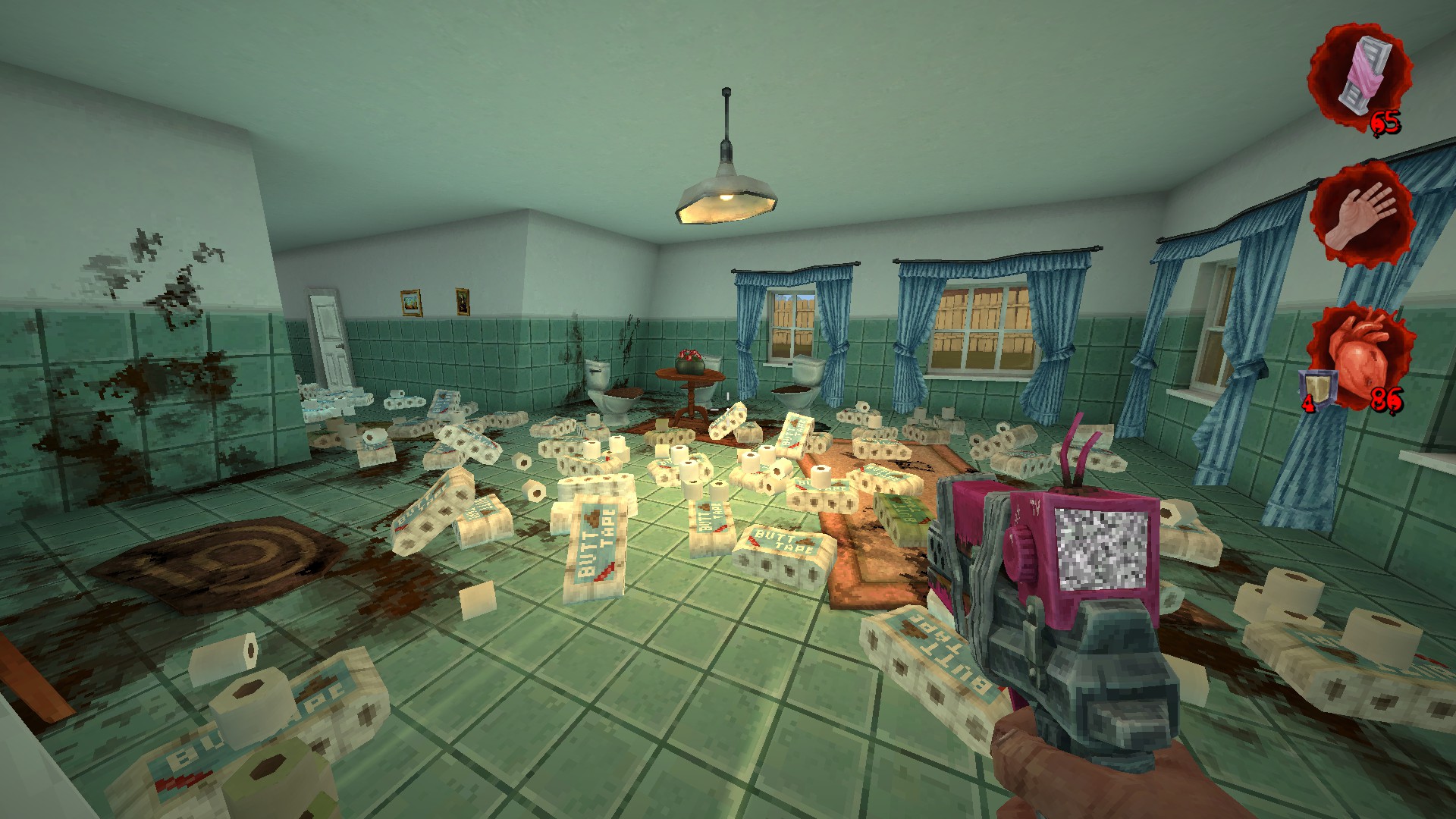 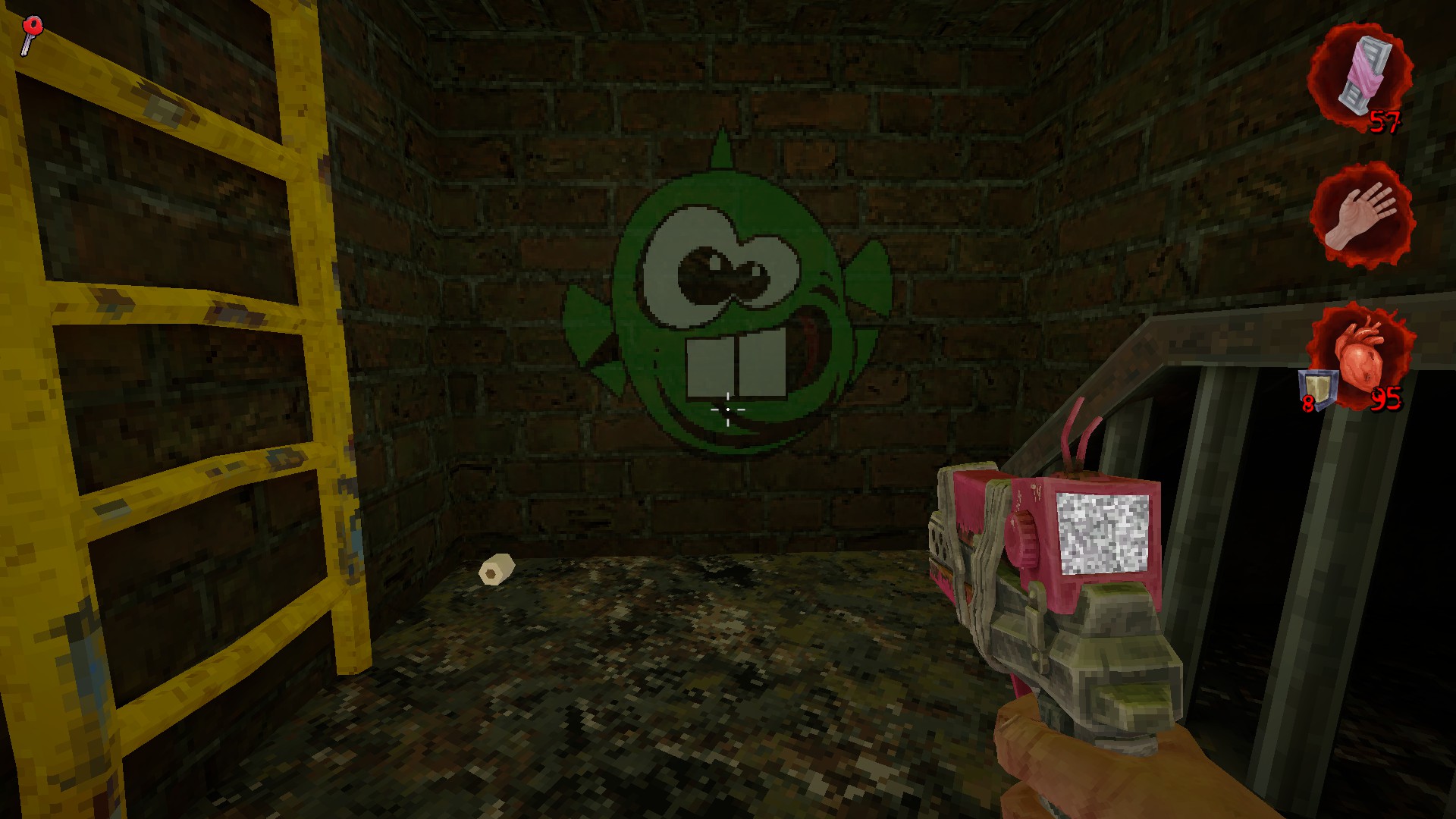 In the House where the player optains the Yellow key there is a Secret next to it behind some boxes featuring a giant hat and dress along with a big willie. 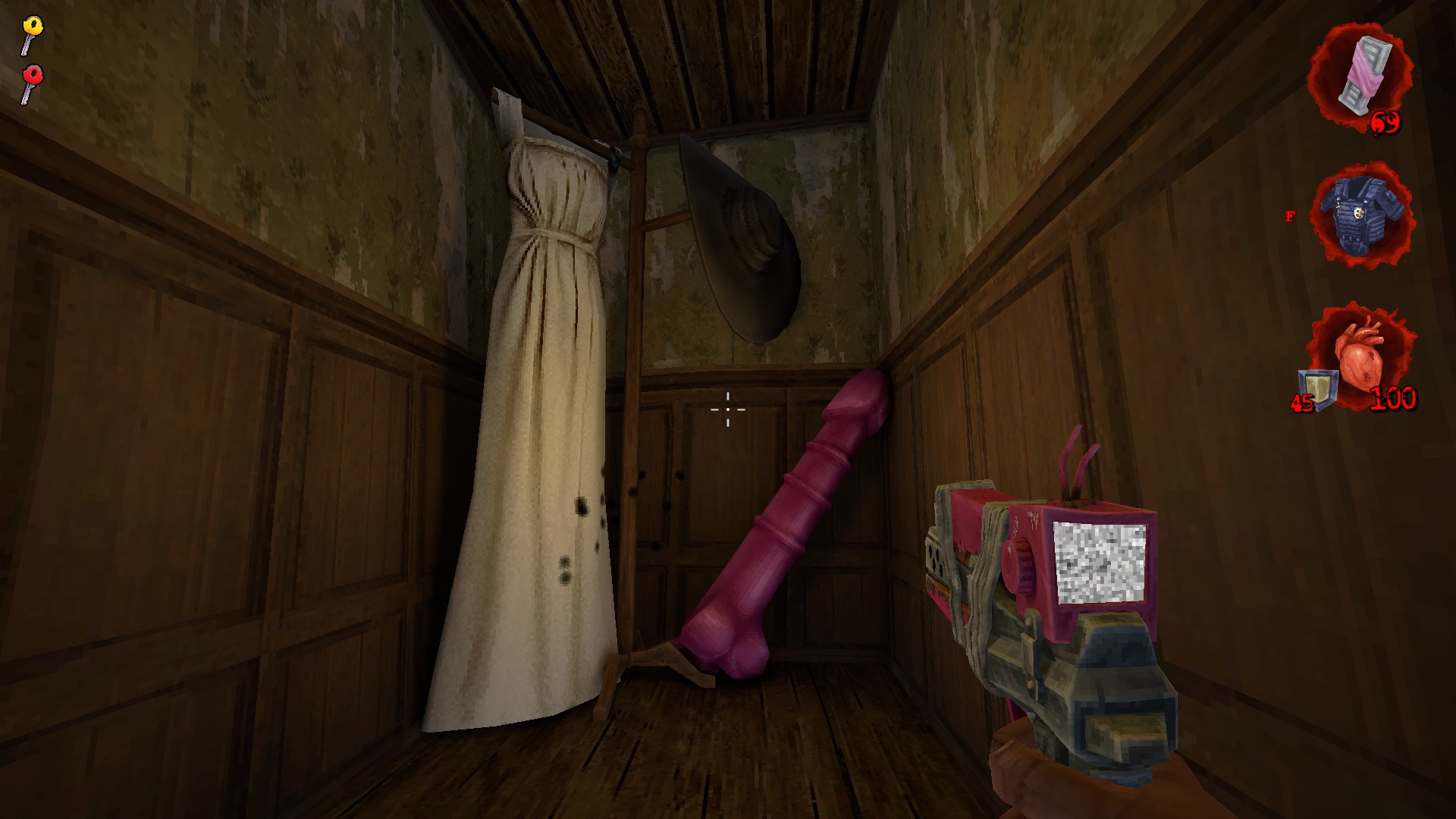 In one of the house you can find corpses with green gems stuck in their heads. 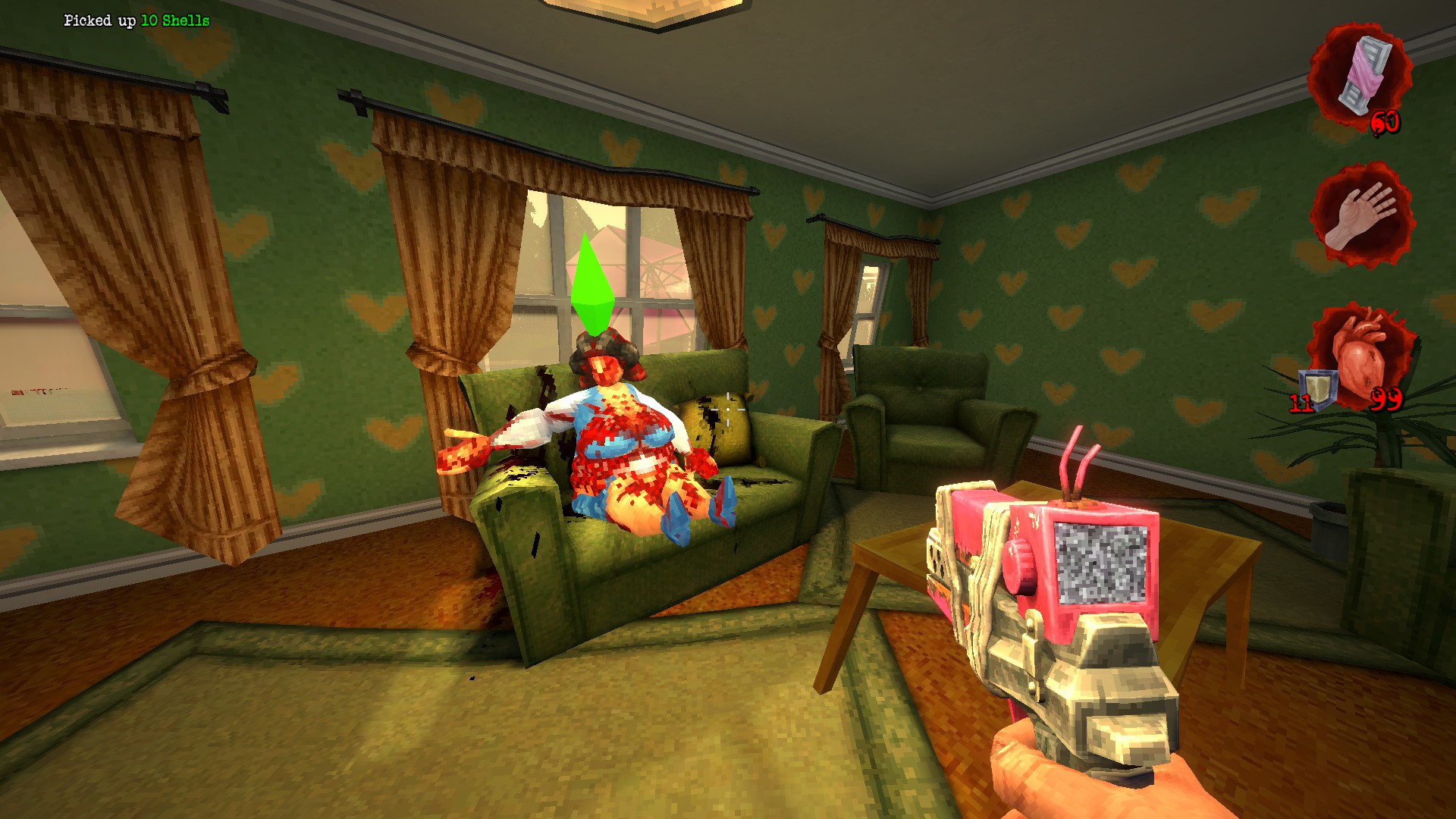 That one Postal game

In the office where the player optains the blue key is a strongly pixelated picture of the Postal Dude. 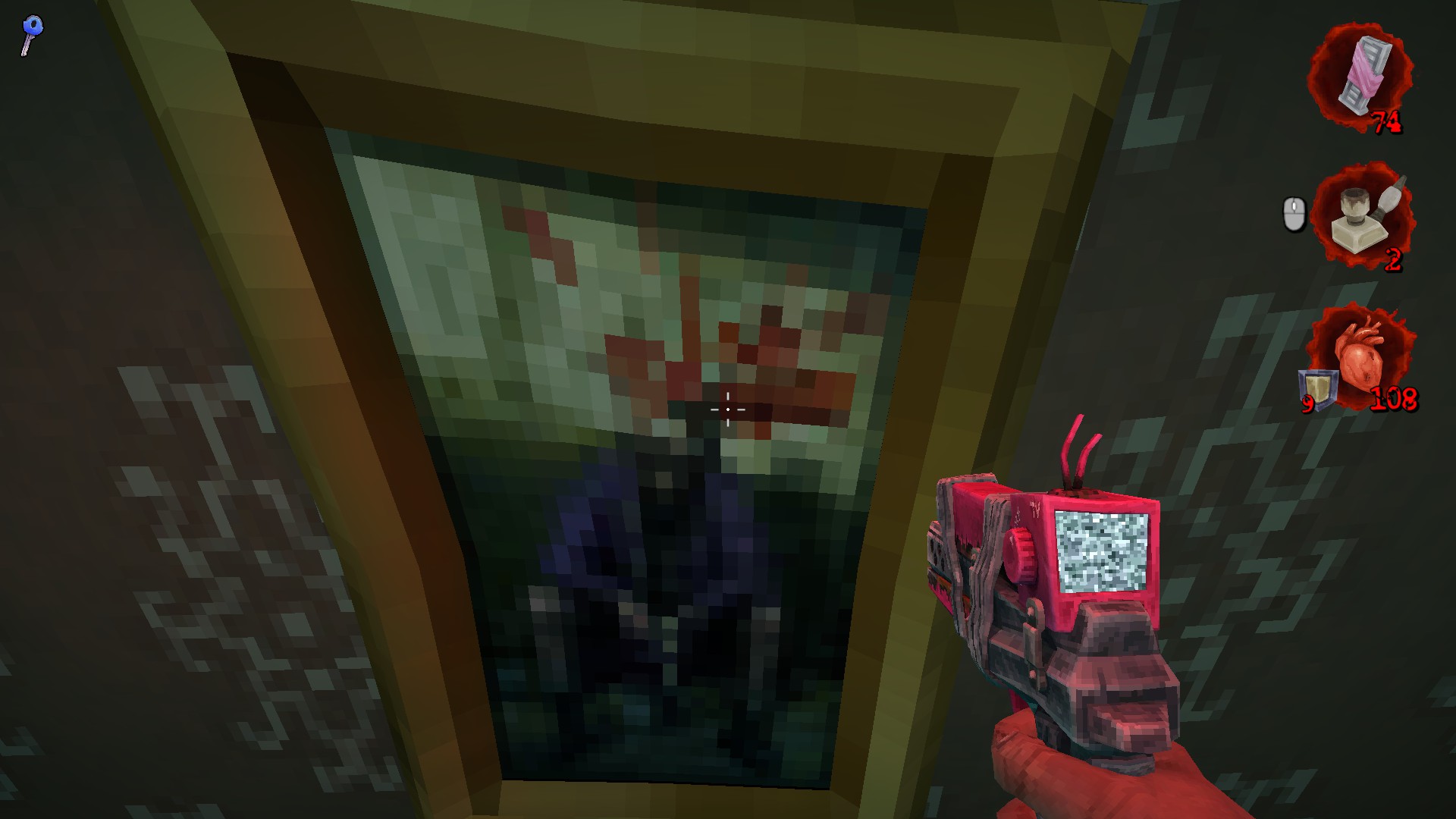 Later in the level you are forced to press a red button labeled “do not click” to continue. 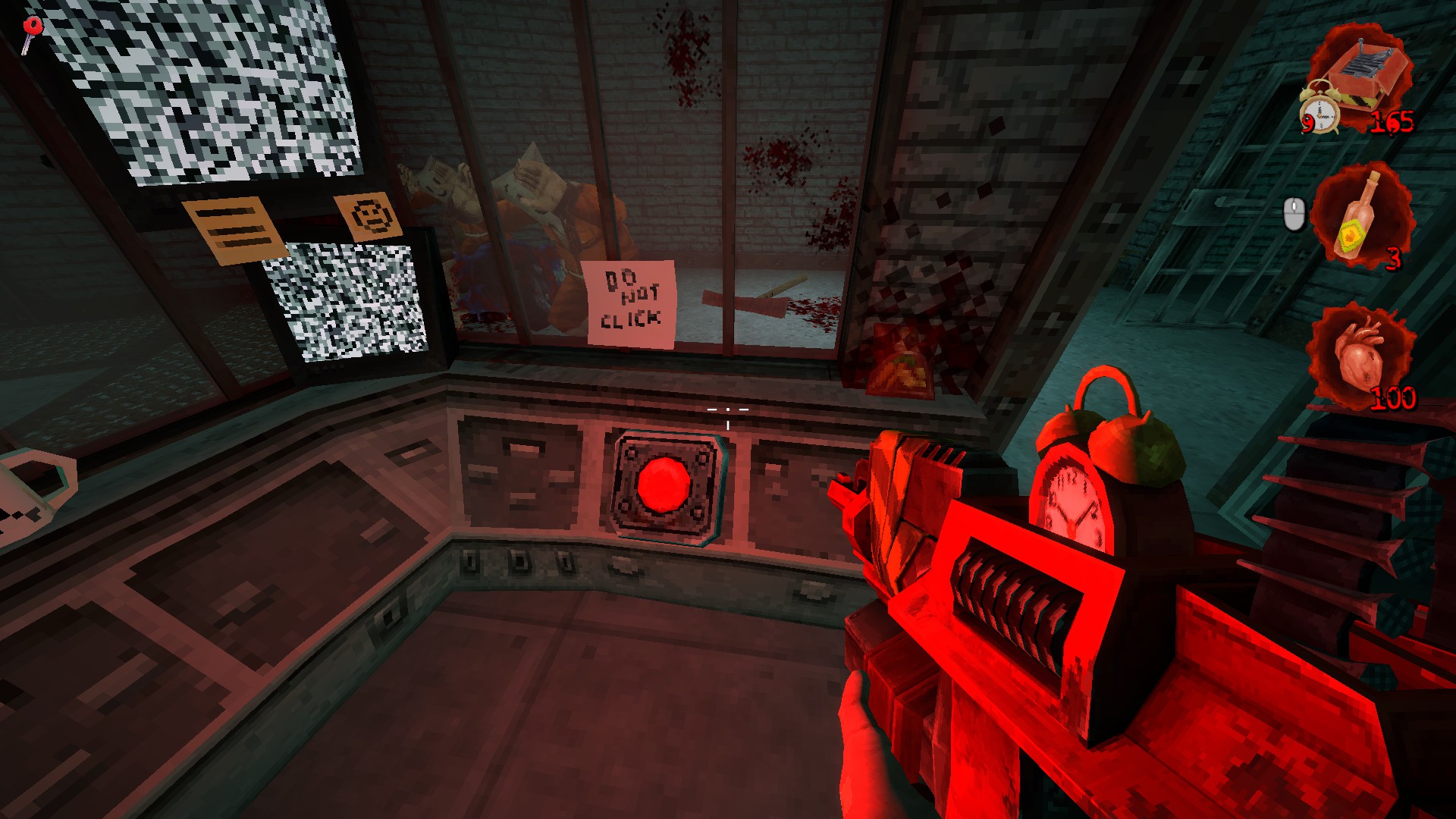 Those Mexicans are gonna pay 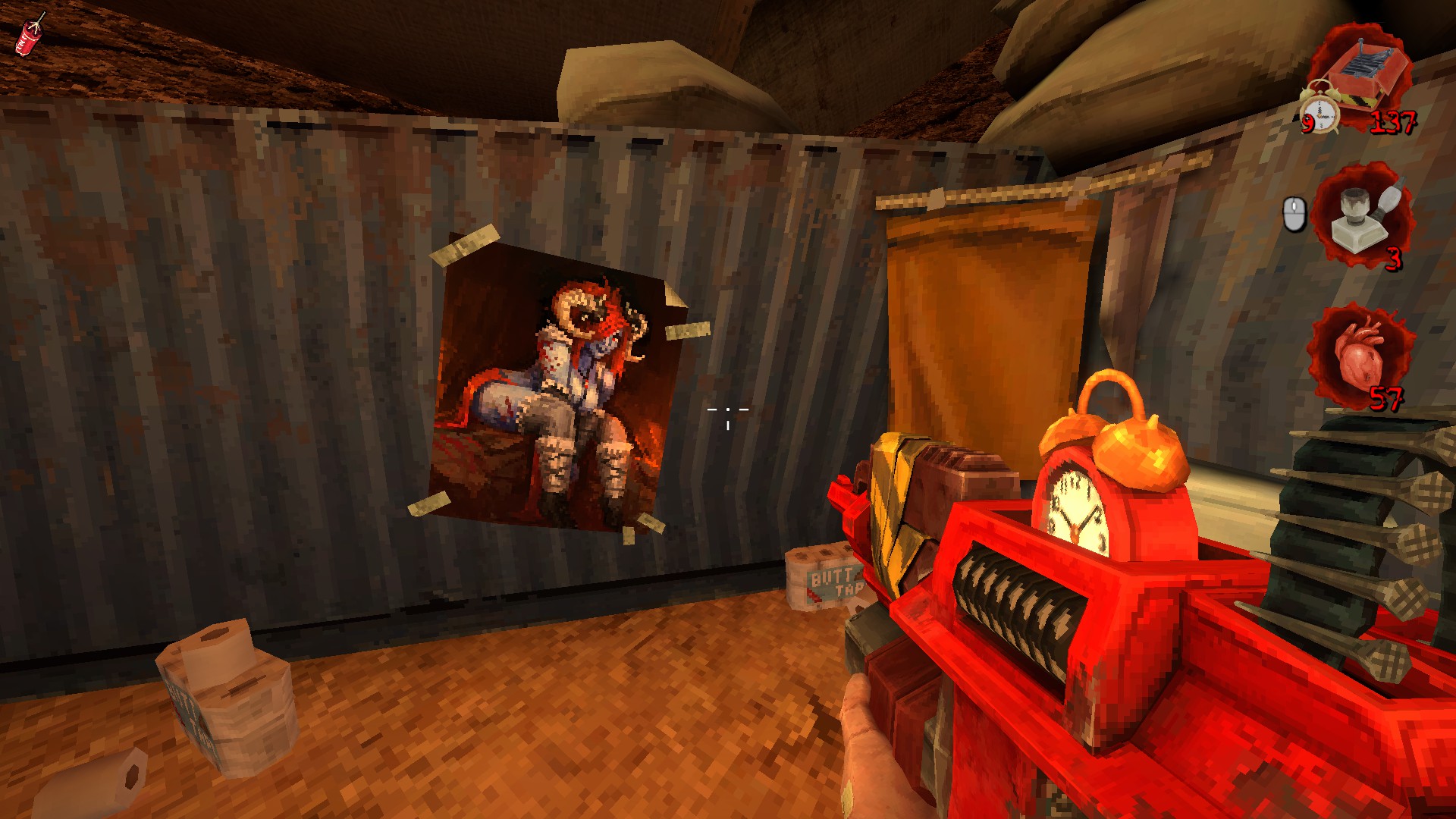 Level 04 – Bigger On The Inside

It is Wednesday, Postal Dude

Right on the start of the level after you lowered the bridge you can gain access to an easter egg by Hook your self up to the middle platform above the electric gate, then jump on one of the ledges on the side and use the switches on both sides. 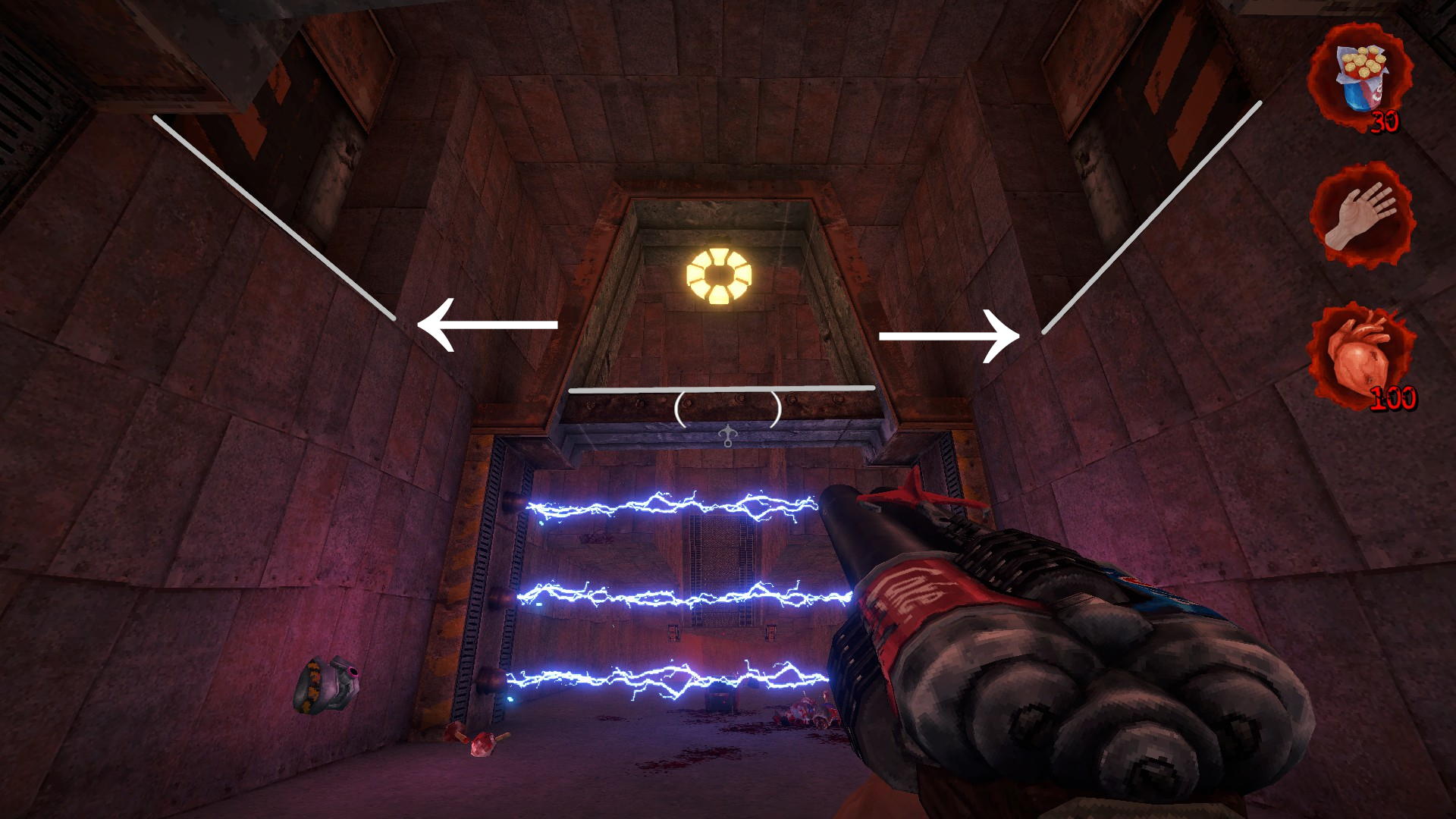 Now a door on the the ceiling above the bridge you lowered has opened and you can hook yourself up there revealing an secret and a picture of an frog.

Interacting with it on any other day than wednesday grants you the achievement:


Interacting with it on an Wednesday will grants you the achievement:


and also triggers a secret event where dancing civilians appears with remix of an parody of that meme. 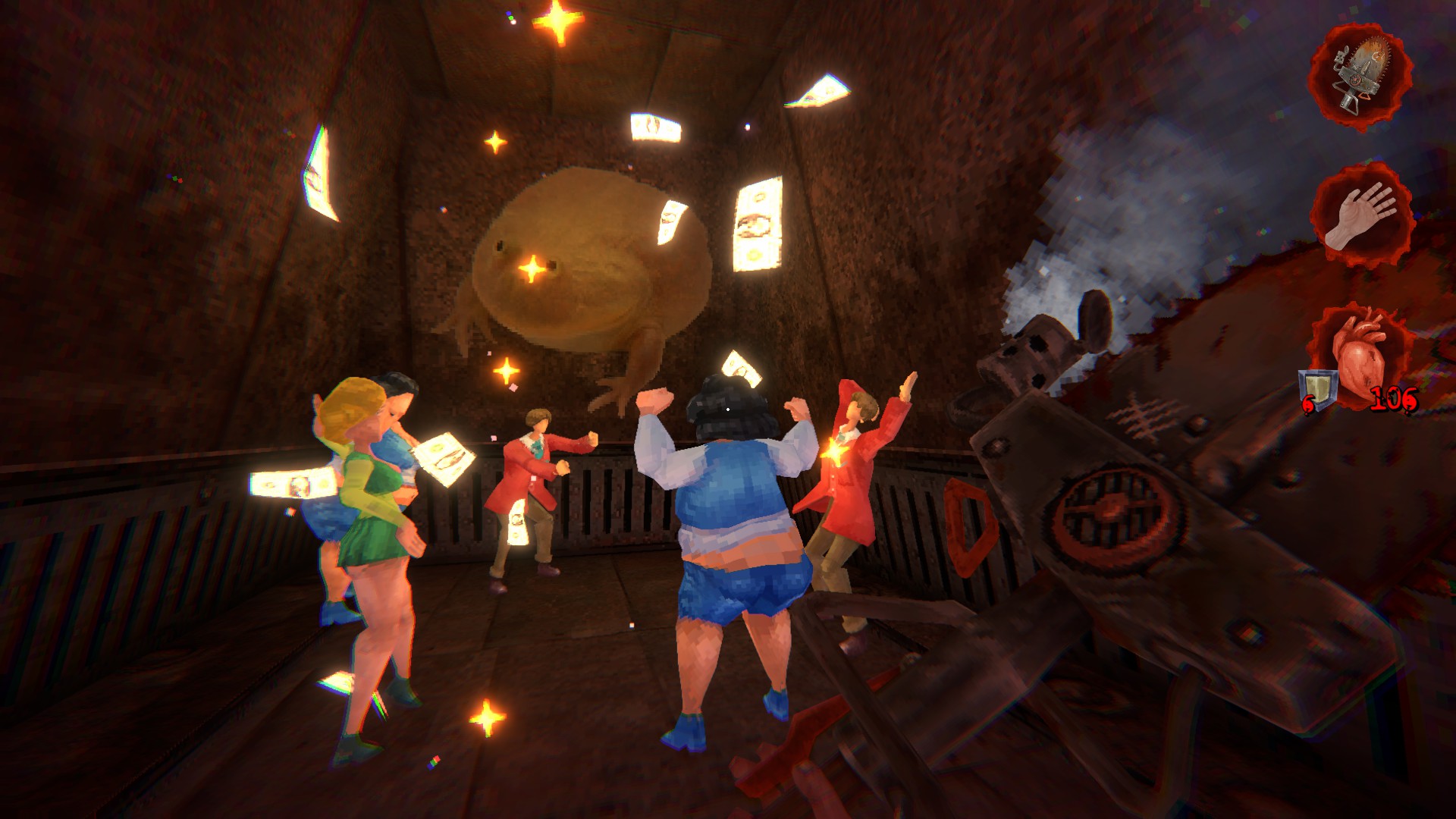 What in the hay

At the end of the level after the shootout you can see signs that lead you to jump into hay on the ground, with sings what looks like a hooded dude. 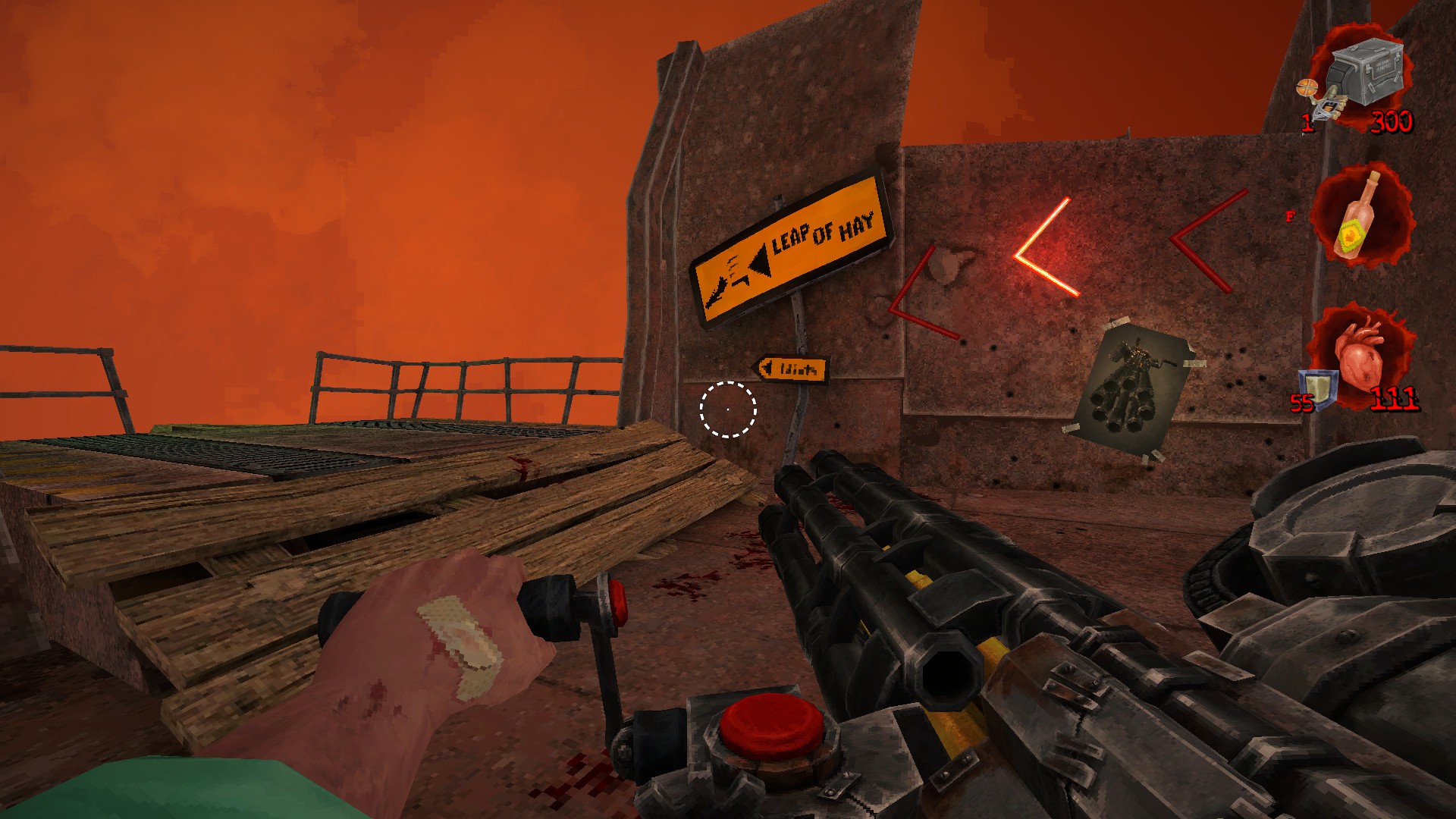 Before entering the final fight of this episode take a closer look at the stores name. 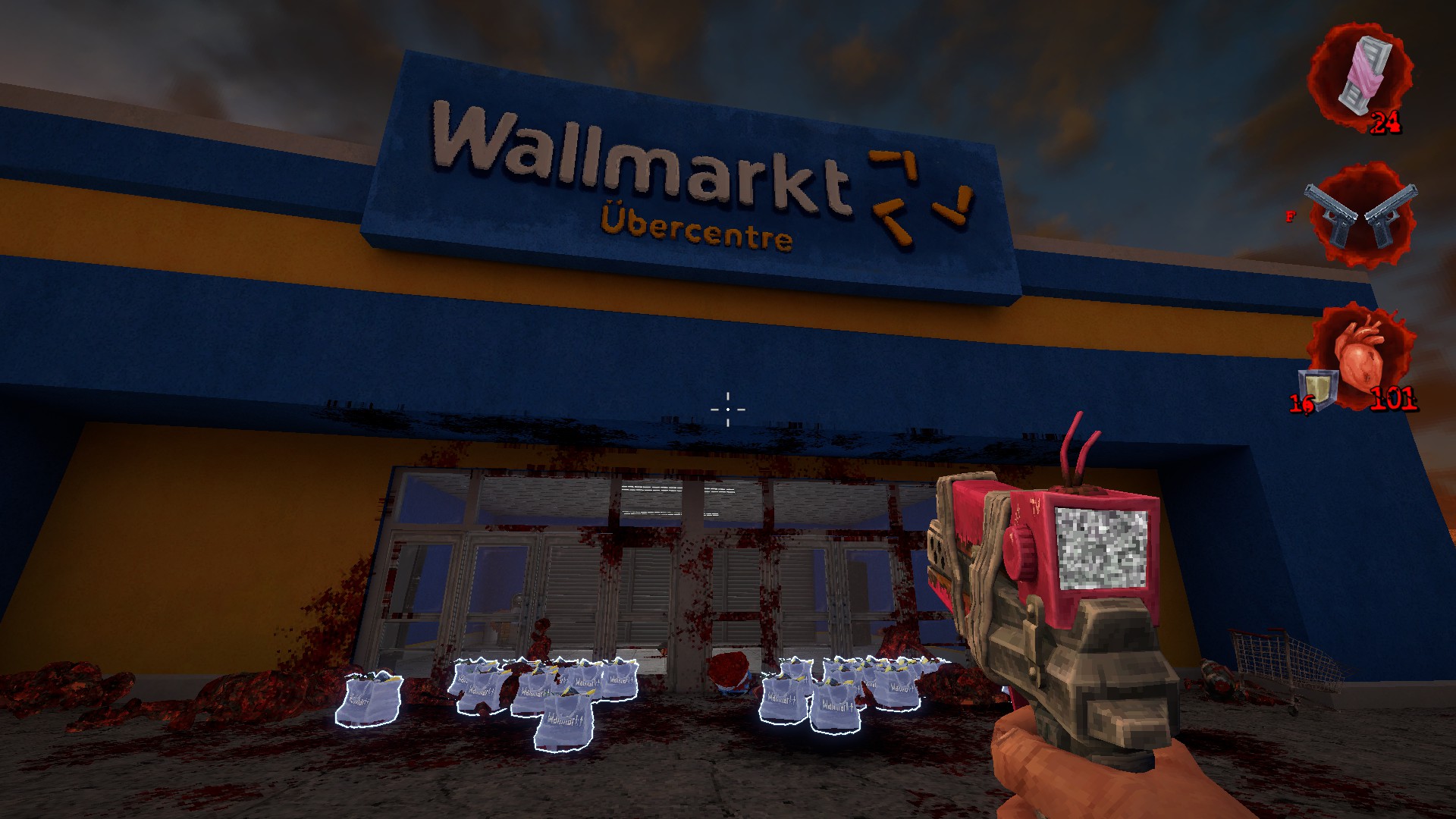 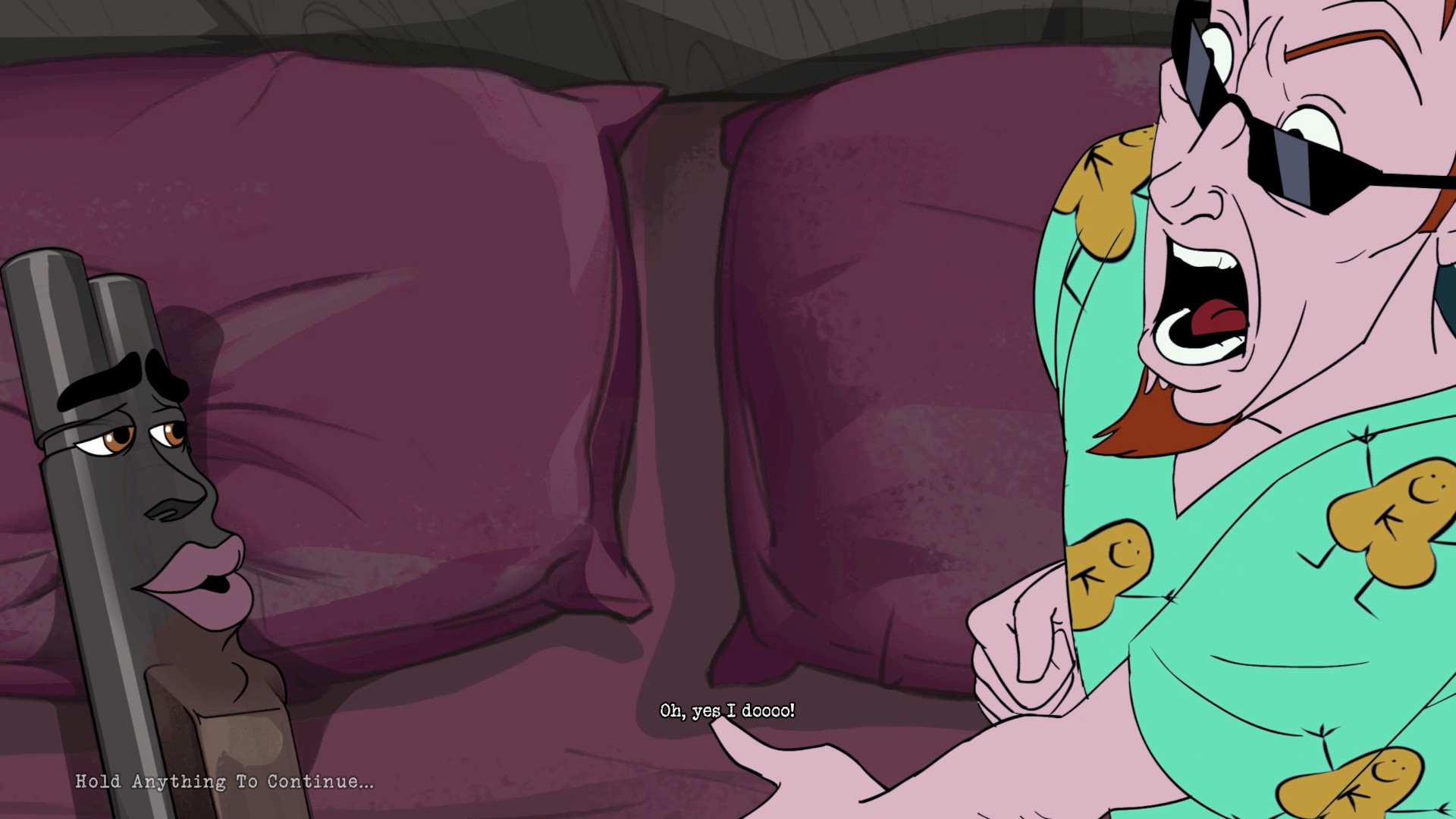 The level description in the loading screen is a reference to Postal 1 where the first level starts with the same line. 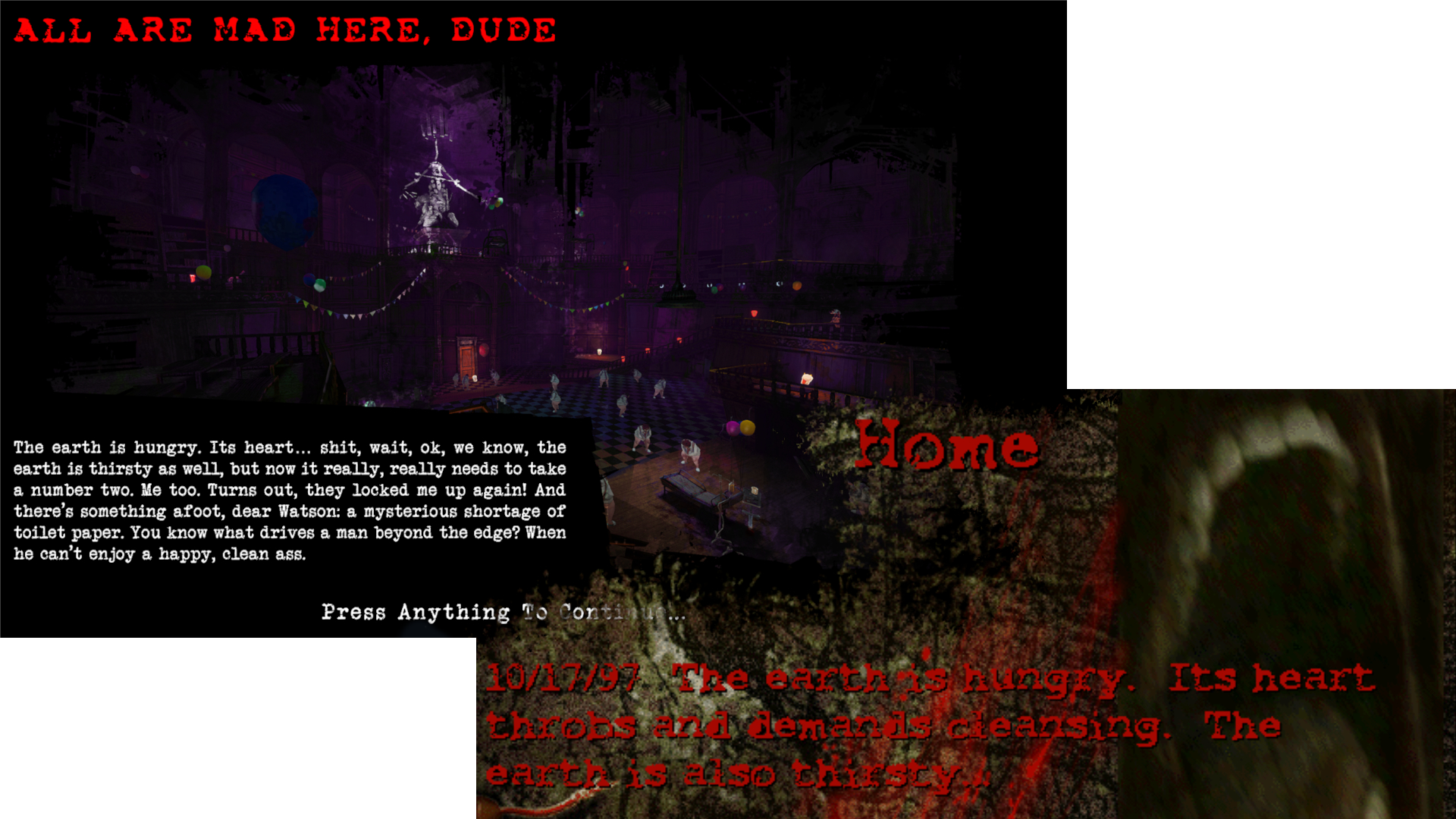 Early in the game when you search the different rooms you might come across a drawing of krotchy along with other characters. 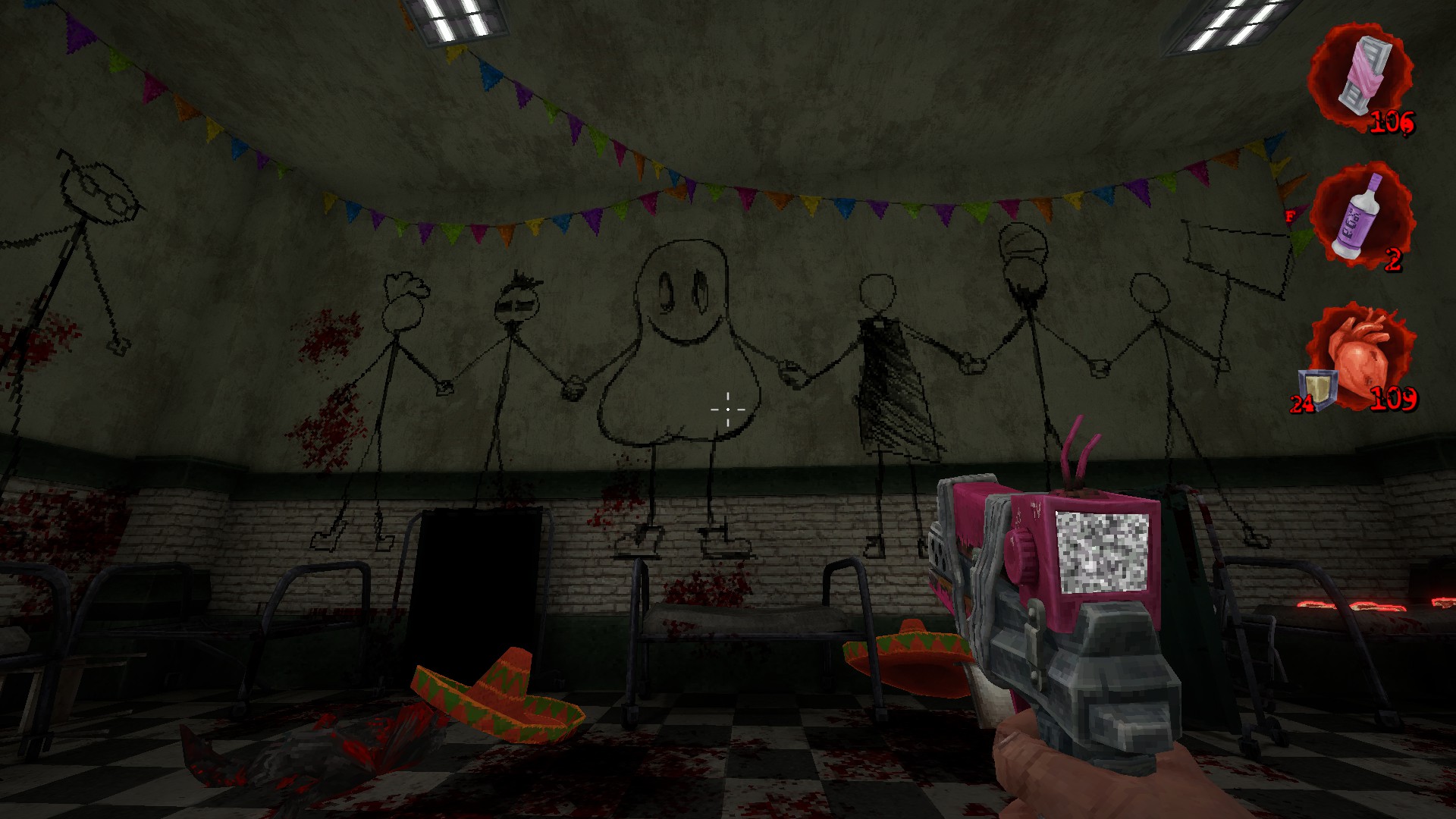 In another room in the corner you can read the words “Might & Magazines”. 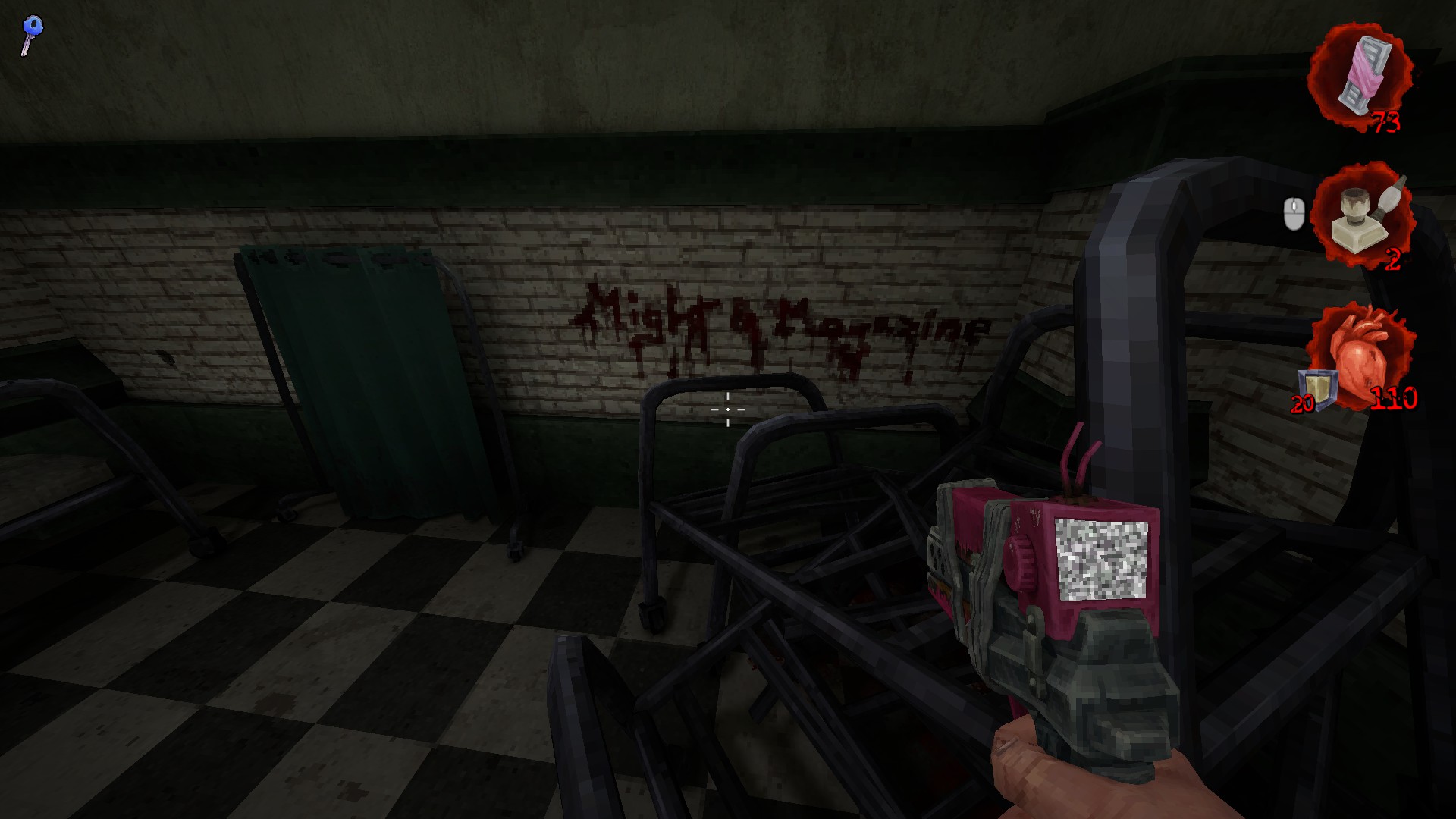 Hands of the Wall

Near the end of the level you will come across a wall with hands sticking out. 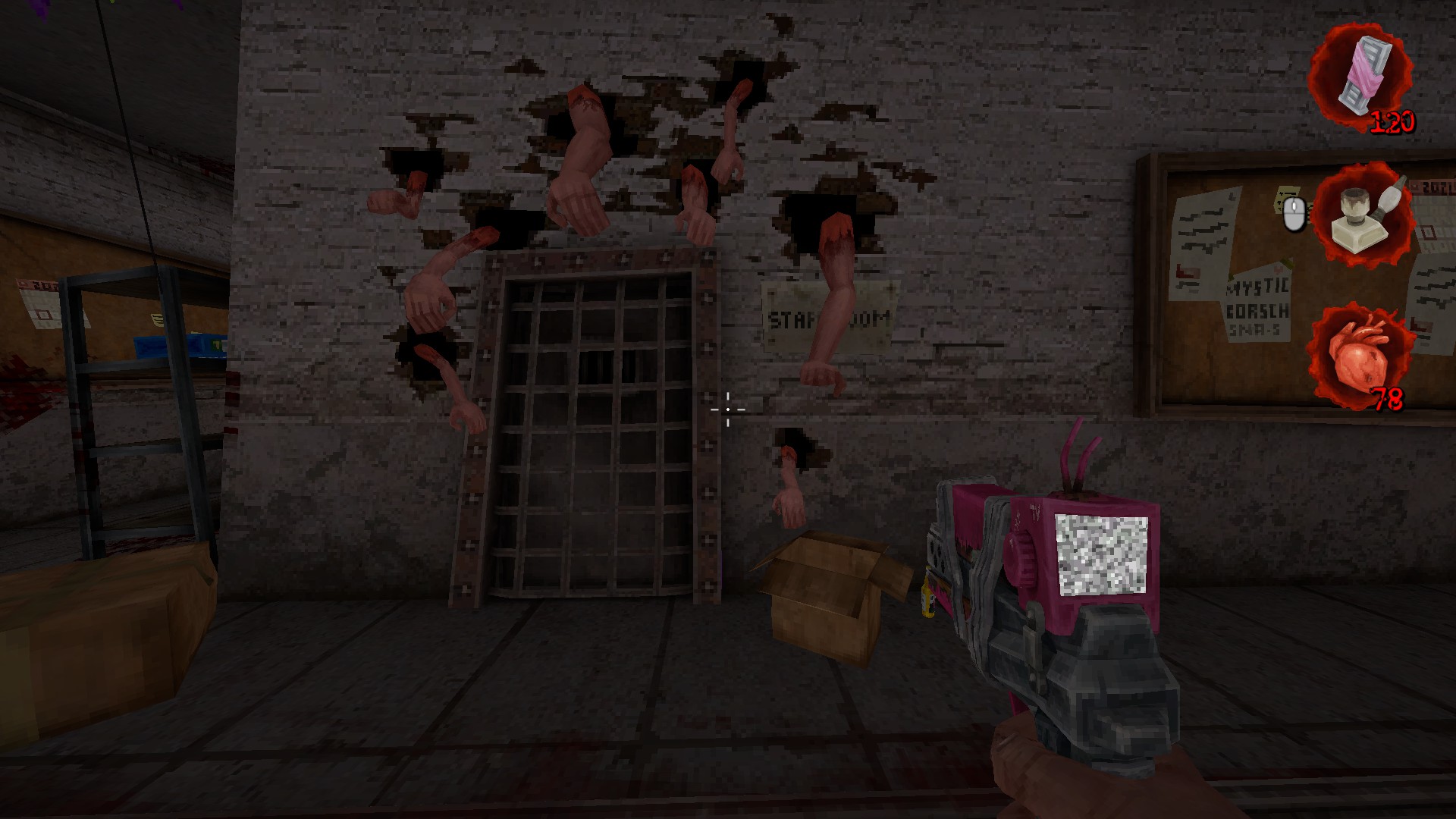 Like Level 04 – Bigger on the Inside the game brings back the jump from a wooden ledge into hey, inspired by the Assassin Creed games.

After Jumping down into the hay you can find a maze like area next to the valve with a dead werewolf of the video CROSSBOW: Bloodnight in it. 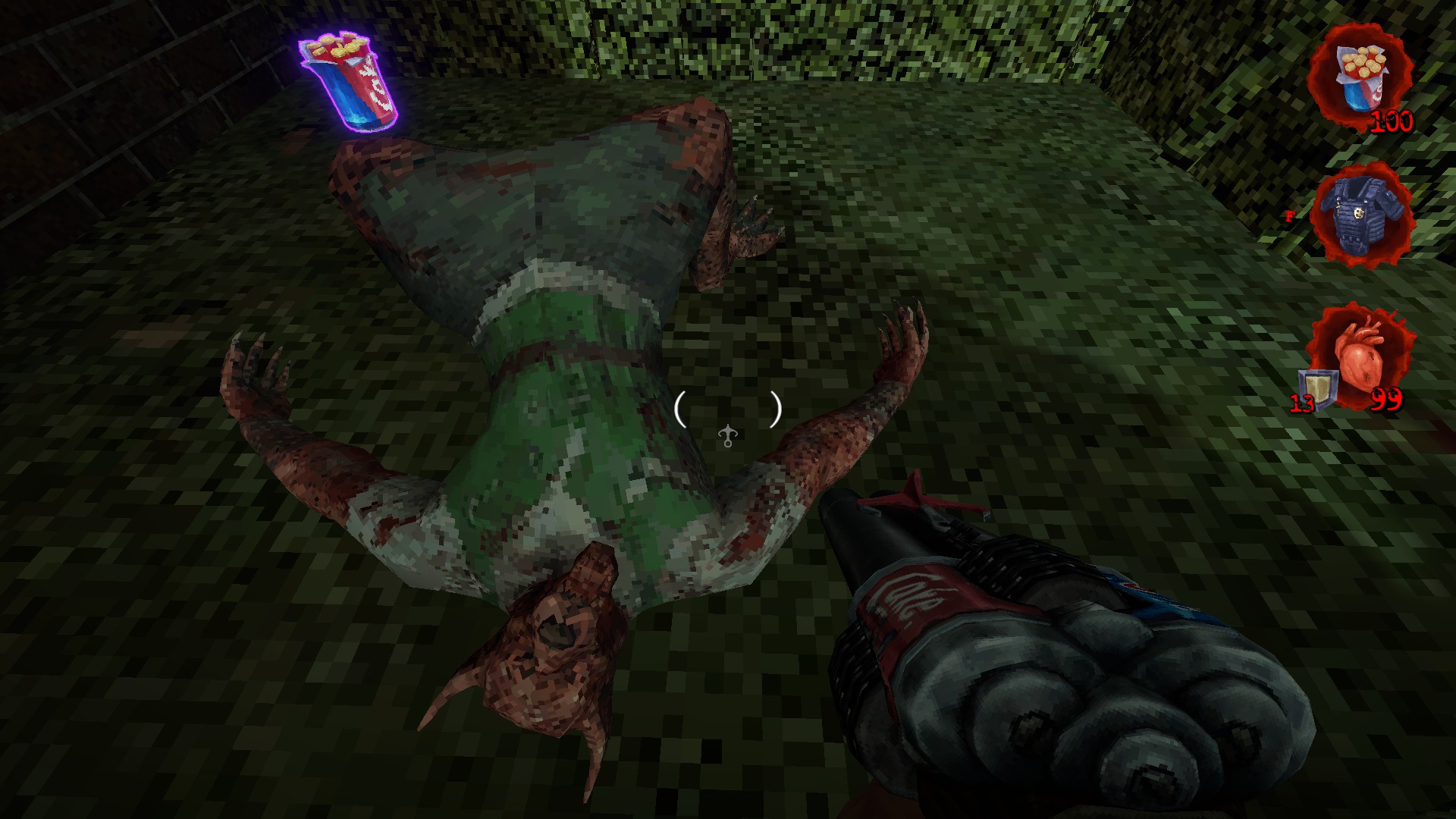 Level 08 – Search For The Cure

The level description making a reference to the famous “chest burst” scene from the Alien movie from 1979.

This is a reference to the famous “UFO” crash of roswell that turned out be a Weather Balloon. 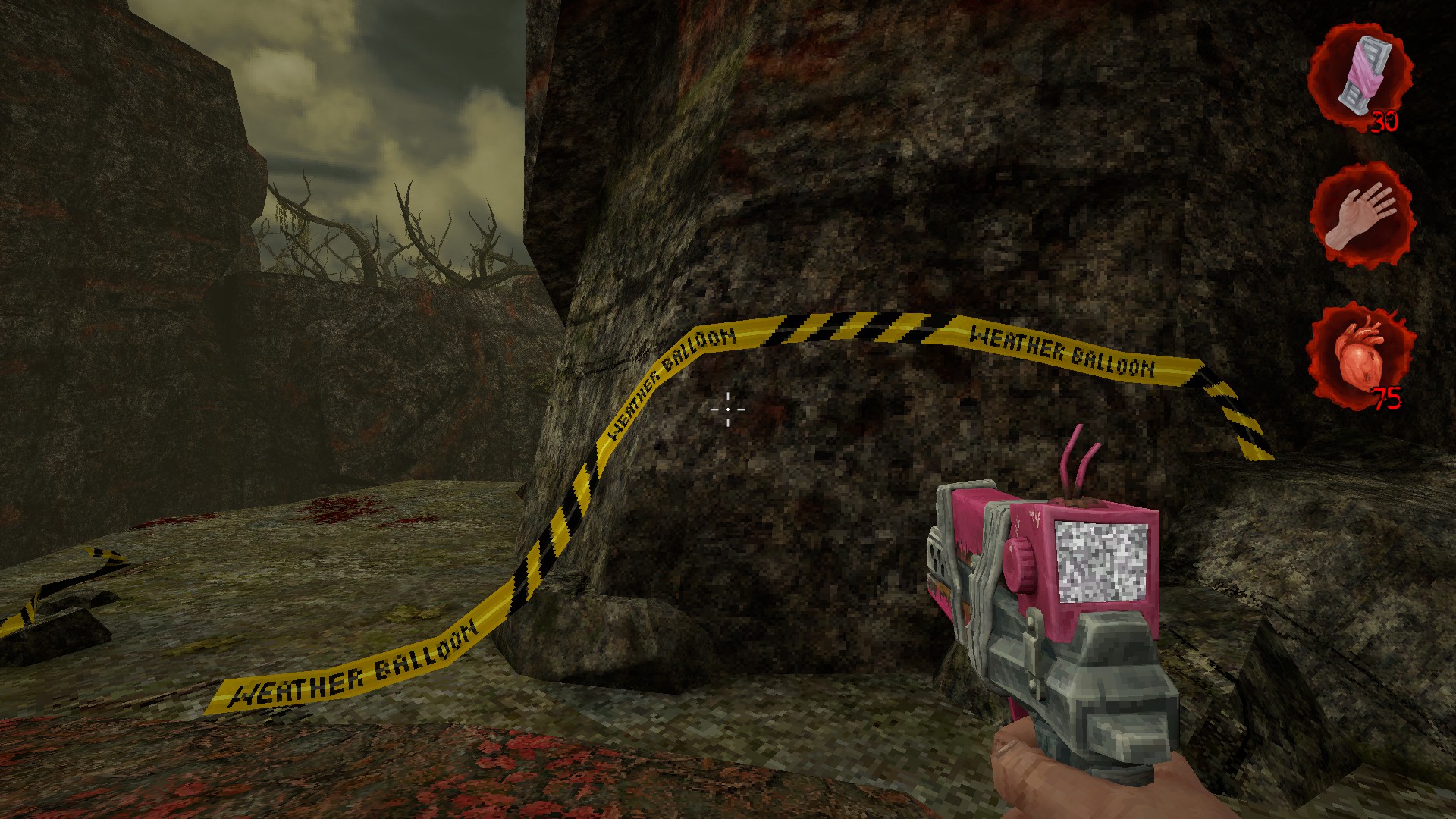 The whole level is just a “simple” room where you fight a monster that is actually meant to be the Corona Virus and funny enough the level soundtrack is given some asian flare as reference to its Origin.

The Level takes place on the #F4 video game convention wich is a reference to E.3 expo. 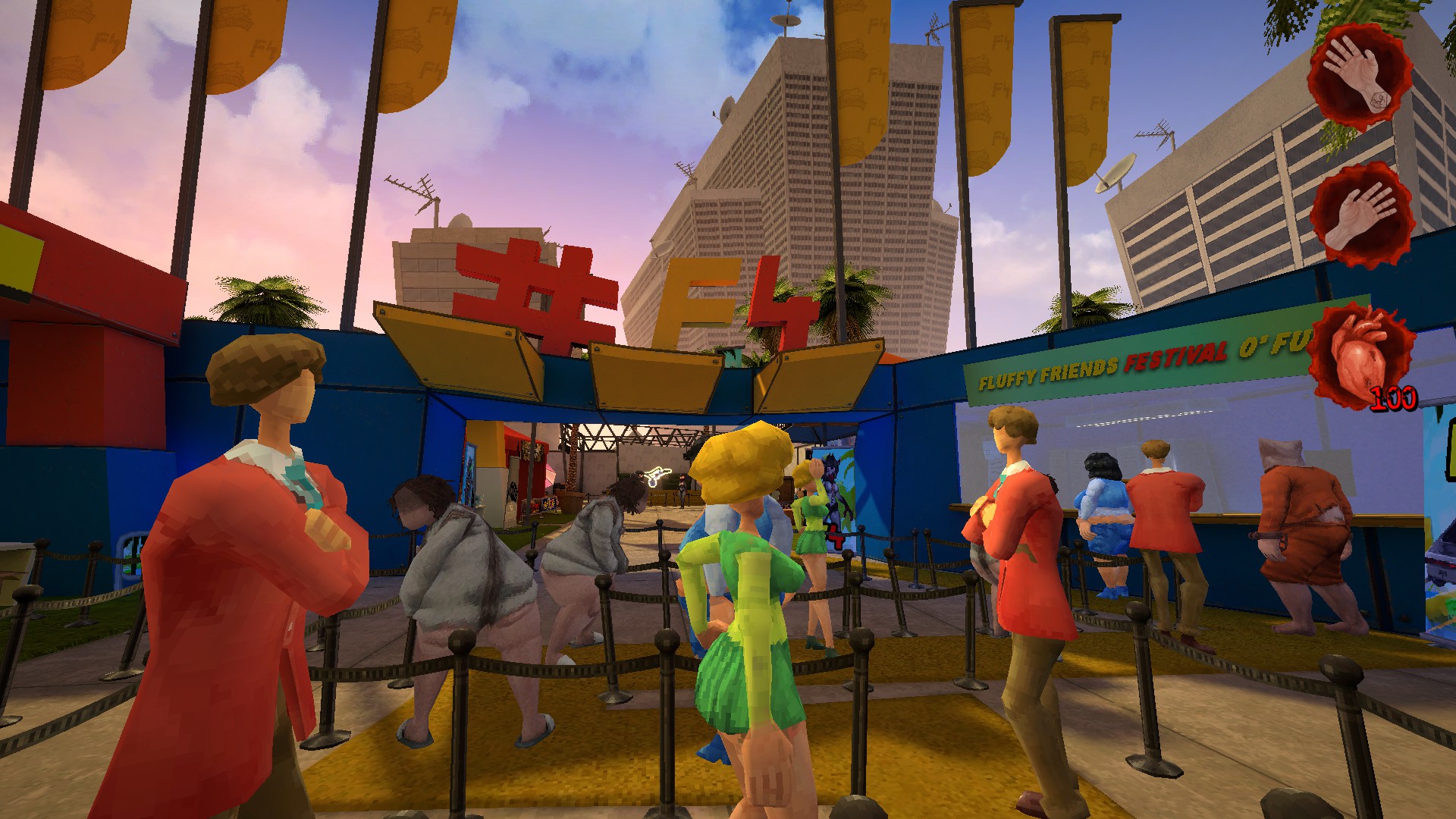 This level is filled with dozends of references or even real Ads for other video games. 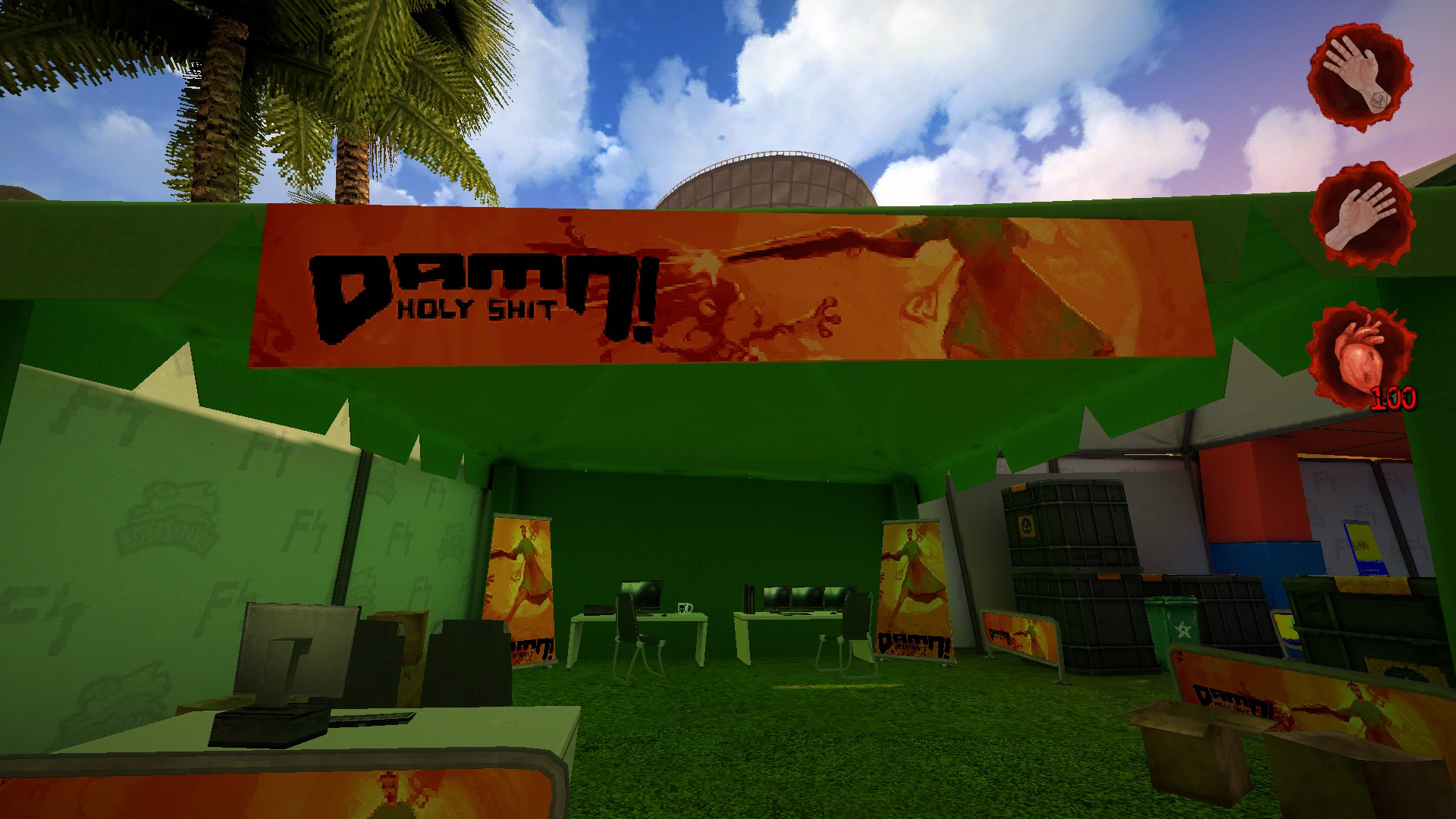 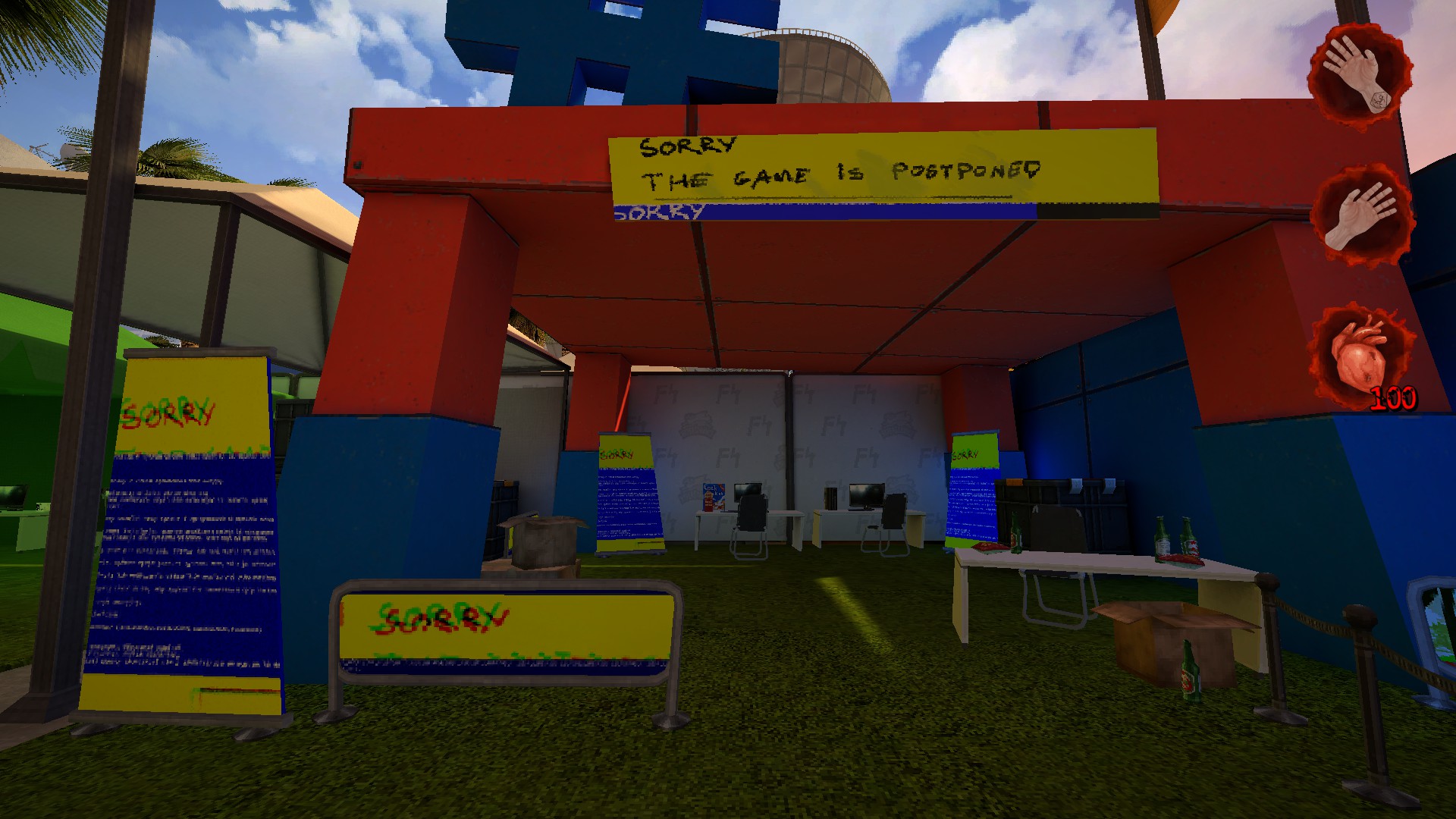 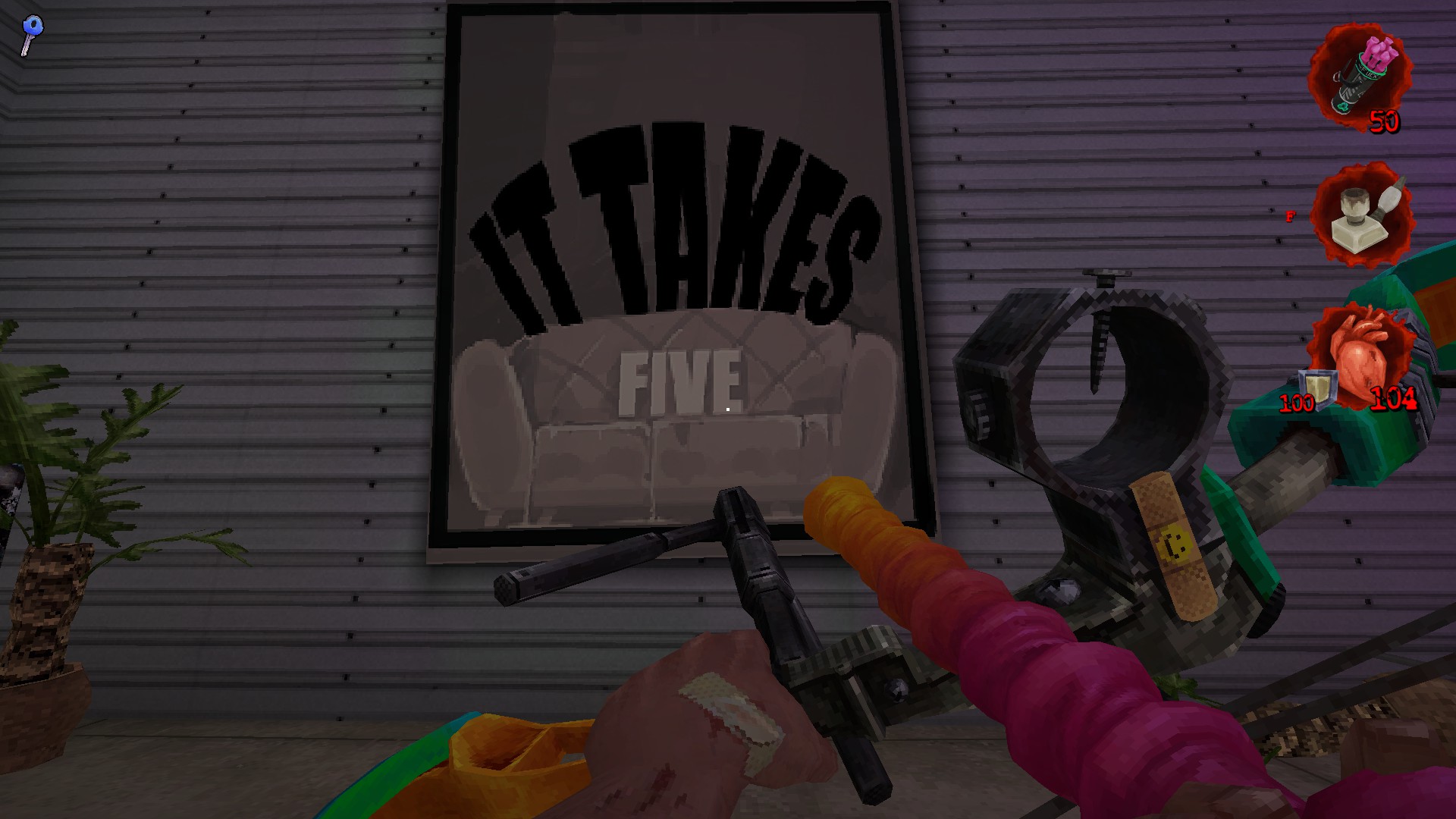 Level 12 – Sniffing In The VIP Area 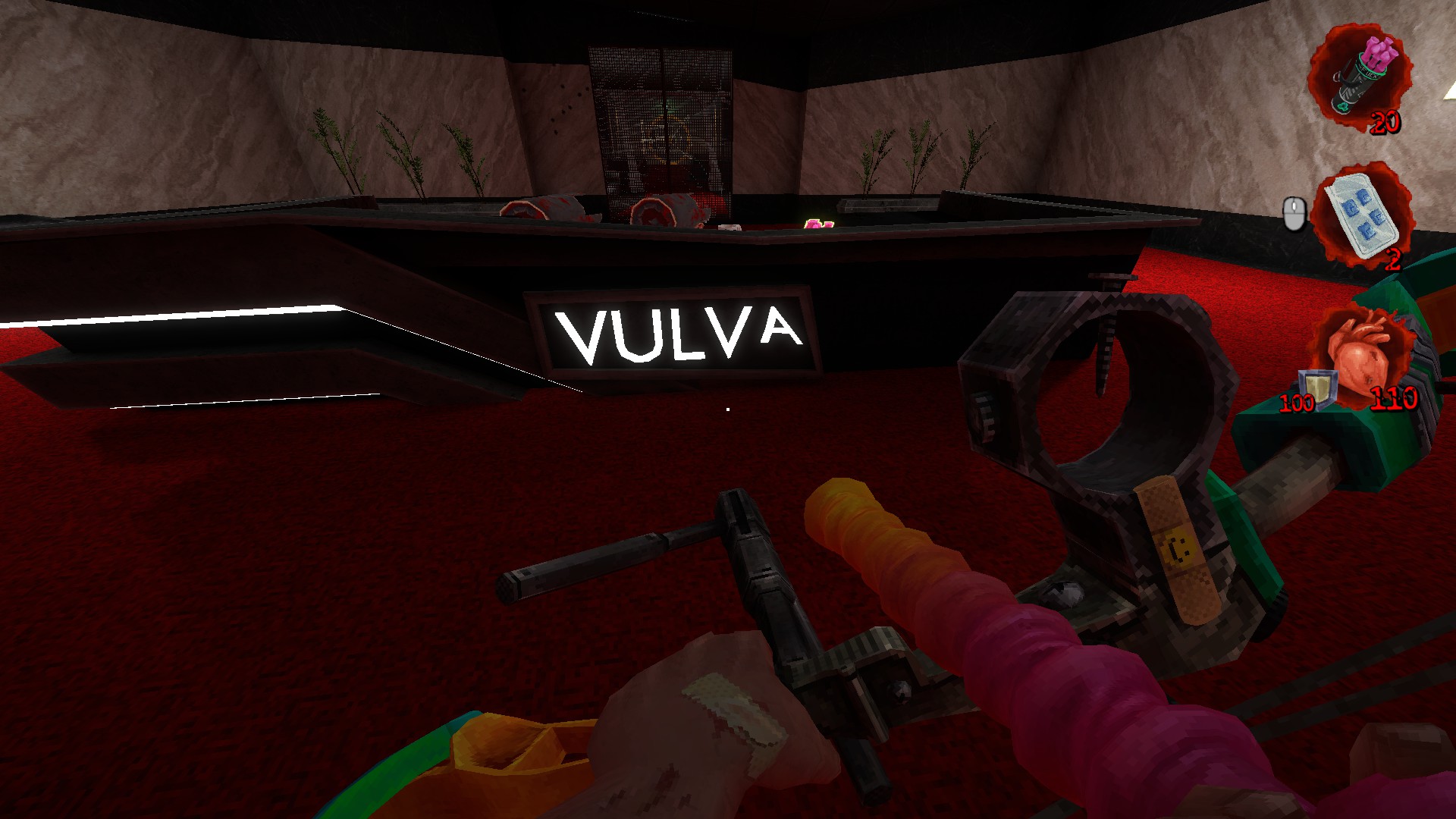 A few minutes later you will be able to break into “Vulva’s” vault and find a copy of Half-Life 3 which is a meme where peoples still hoping for another sequel to the series main story. 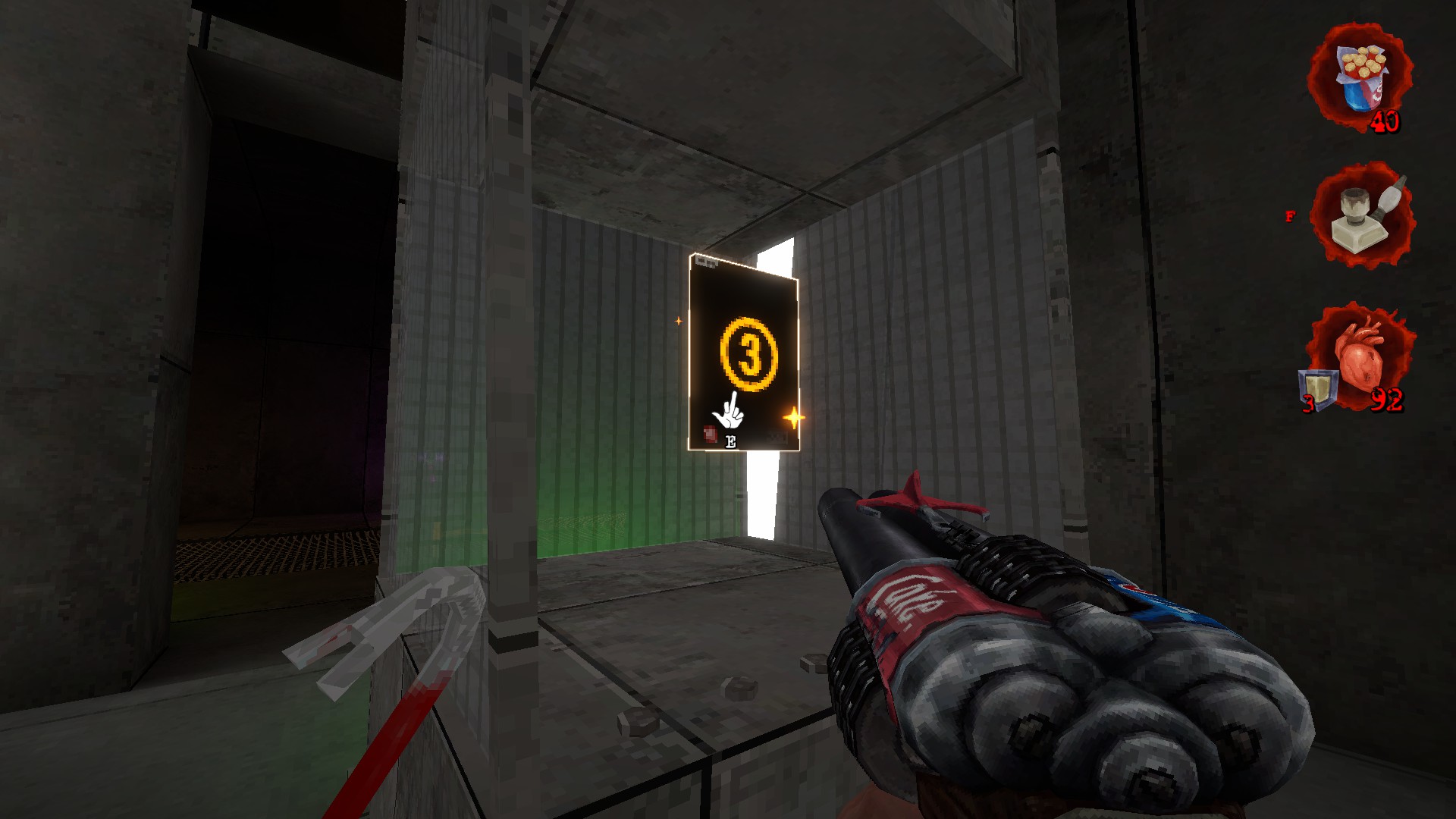 The level description mention the 3rd level of the video game Blood.

Most of the Ads. you see in this level are references to Real life Ads: 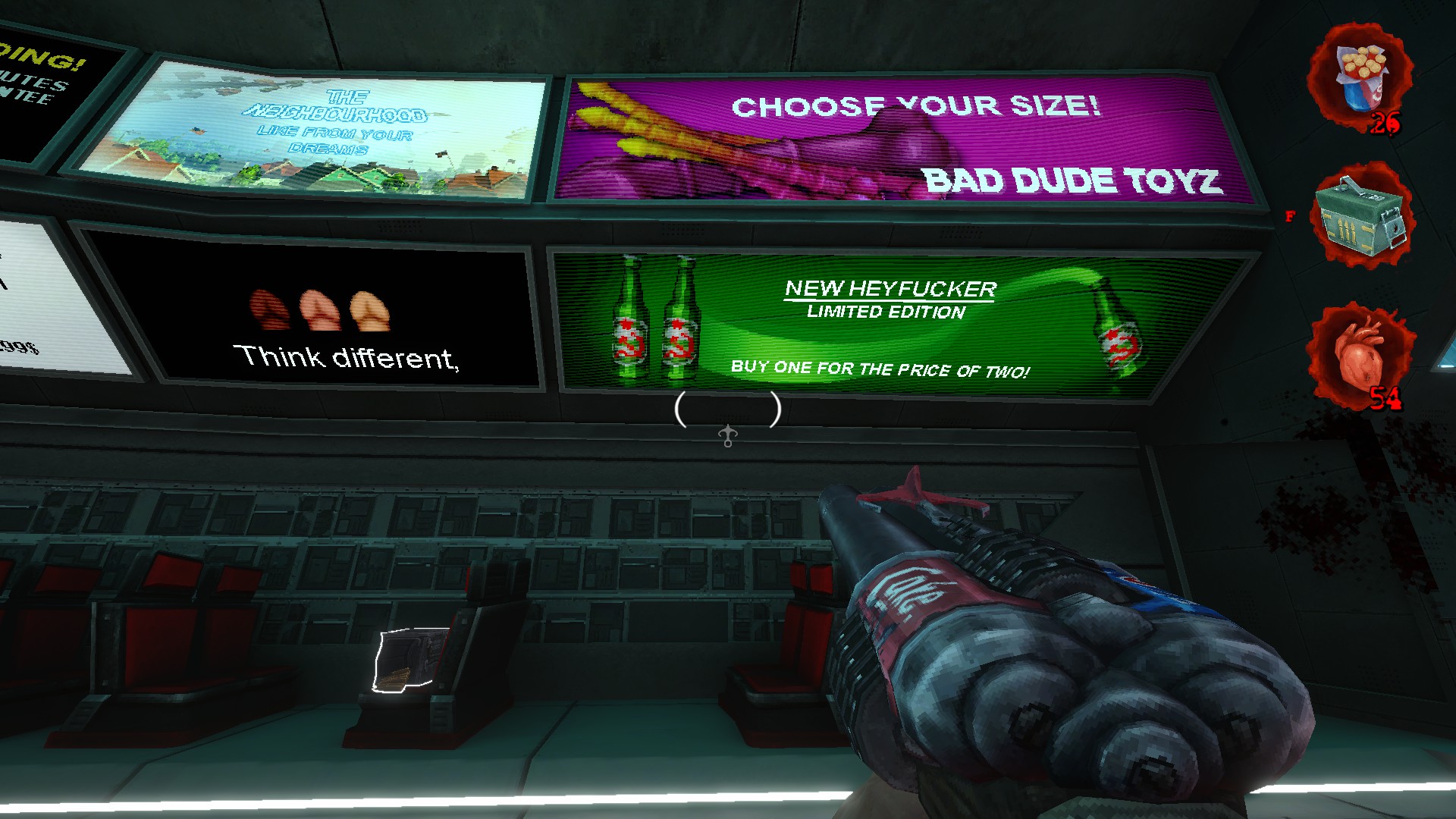 The whole level is suppose to be the Death Star from the Star Wars movies.

Near the end of the level you can ride a lift up to a control room where you fire the space stations weapon onto earth. 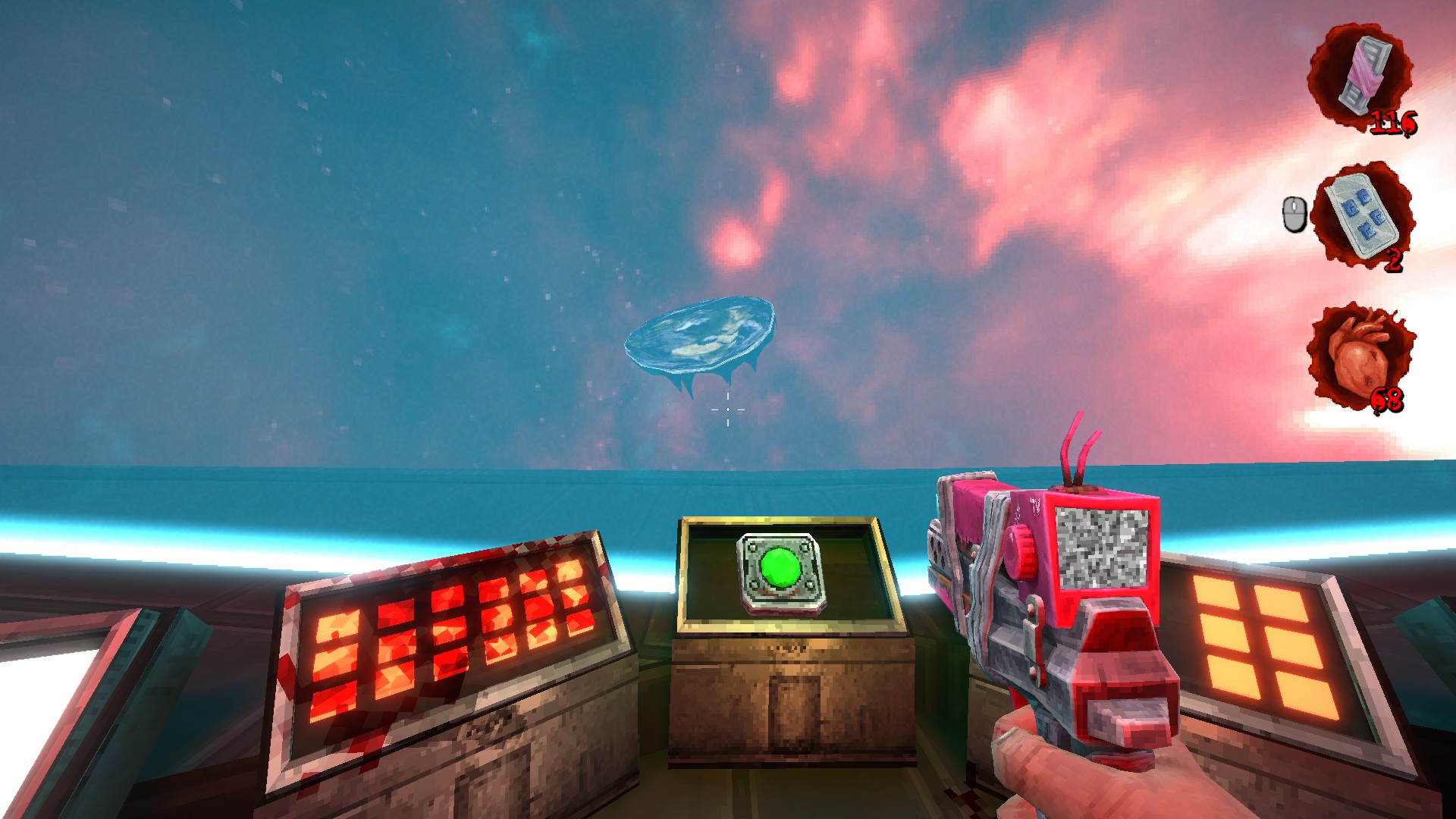 The level seems to be hardly inspire by the anime Evangelion

In the outro cutscene there is a scene where Dude gets confronted by The Other Dude. 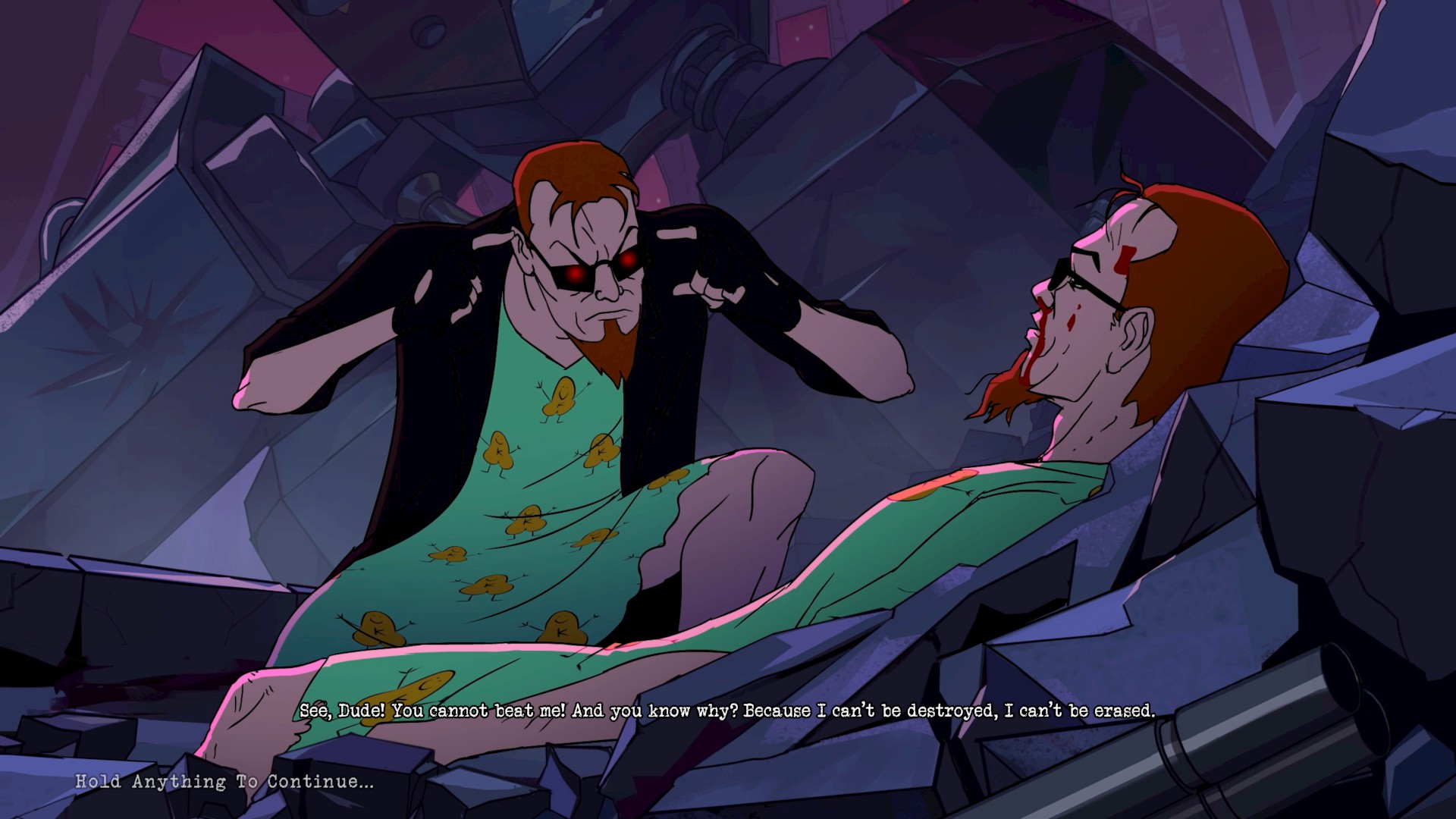 Are most likely are a reference to the marching band appearing in Postal 1, Redux, Postal 2 and Paradise Lost.

Monkey from Hell  and  Annoying Monkey

Are represents the monkeys that were cut from the Original Postal 2 and later reused in Paradise Lost.

Is a reference to the classic “elite” version of an enemy in video games.

They represent peoples getting multiple vaccinations to get a “better” protection.

Most likely a reference to the classic “harsh nurse” thing, mostly mentionable because of the description.

A reference to the “Chin disper” problem during corona.

The name is a reference to the 5G Cellular network.

Represents a member of the furry community.

A reference to “Xenomorphs” from the “Alien” movies.

A reference to the “Stormtrooper” units from the “Star wars” movies.

A reference to the “Godzilla”

A reference to tabletop game nerds.

A reference to a “Star Wars” cosplay

A reference to “T-800” units from the “Terminator” series.

A cosplay representing “saurons tower” from the “Lord of the Rings” triology.

May represents the maniac side of Dudes Personality.

Possible reference to the anime “Gundam”

The weapon is a pun on the “Smart guns” to avoid anyone but you fire your gun.

The name is yet another sexual reference to the “BFG 9000” gun from the “Doom” series.

The pun about this weapon is that it represents the typical “high damage / piercing gun” in video games, they took the chance and turned into something naughty.

The name is a reference to the “Money Printer Go Brrr” meme.

Since the game miss the classic feature of using cats as gun silencers they made up a whole weapon that use them as ammo instead.

Even the main menu itself has references, mostly to the Postal series itself.

Most if not even all achievements have references in their name:

Of course Dude has some many quotes refering to real live situations and more.

Here we come to an end for the Easter Eggs and References – POSTAL Brain Damaged guide. I hope this guide has helped you with your gameplay. If you have something to add to this guide or believe we forgot some information to add, please let us know via comment! We check each comment manually by approving them!