This is a relatively easy and straightforward method to farm tons of ABP around mid-game point when you get to Galuf’s world. It’s not THE best way to do it, but it is a relatively safe and easy place to do so at least.


This is the first guide I’ve ever written for Steam, so, woo~


As i’ve been playing through this Pixel Remaster of Final Fantasy 5, I remembered an old favorite farm spot of mine for some decent ABP gain. With the advent of Auto Battle, the farm was even more efficient and so I thought… ‘Hey, I could try sharing this with people.


I’m most definitely not the first person to have found this spot out, and there are probably far better places out there to farm as well. It’s just a comfy and easy place to do so around mid-game, and I didn’t see a guide like this for PR specifically, so I thought… hey, might as well.

To set up for this farming method, you’ll need the following:

Either the Ninja’s level 4 ability, !Throw, or Summoner’s !Summon level 2.

For !Throw, you will also need Lightning Scrolls.

These can be purchased in the town of Lix in Bartz’s world. They cost 200 gil a piece. Try to have a full stack of 99 of them. 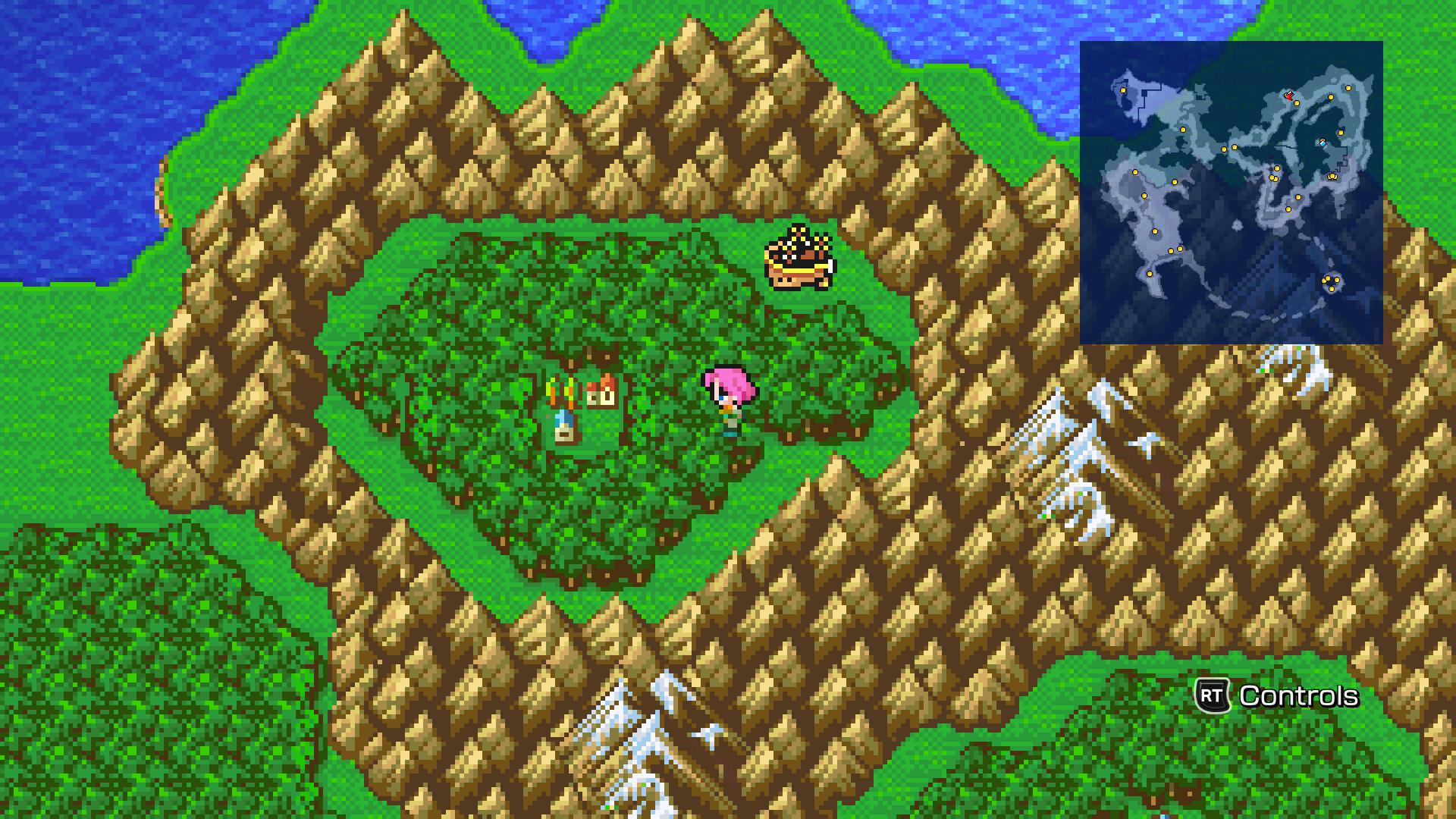 Note that as the farming takes place in Galuf’s world, you will not be able to go back to Lix to refill your scrolls. Not to worry though, that’s why you have the alternative of !Summon available. Also, a town near the farm place sells Lightning Scrolls too, so when you can get there, you can just fill up whenever.

He can be found in the forest near Istory. Just go there as soon as you can in the story, and then fight him off. You’ll get his item by beating him, and then you can summon him as you wish. 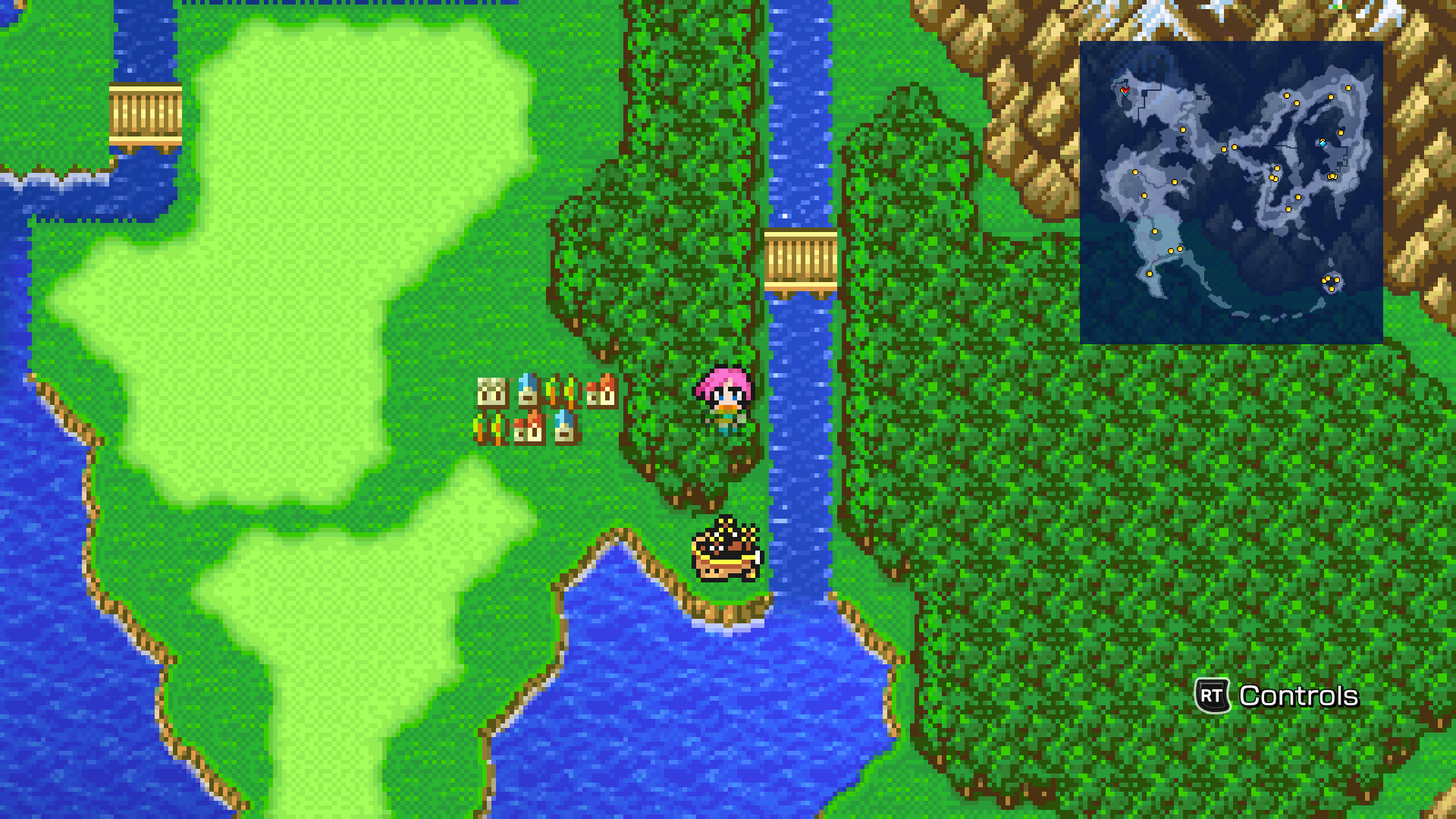 Alternatively, I was informed that using Blue Mage’s level 5 Death spell will also work. To obtain the spell, you’ll need to head to the Library of the Ancients (which you’ll visit during the main story) and find the enemy called Page 64. Also, in order to learn the spell, the character must be at a level divisible by 5. 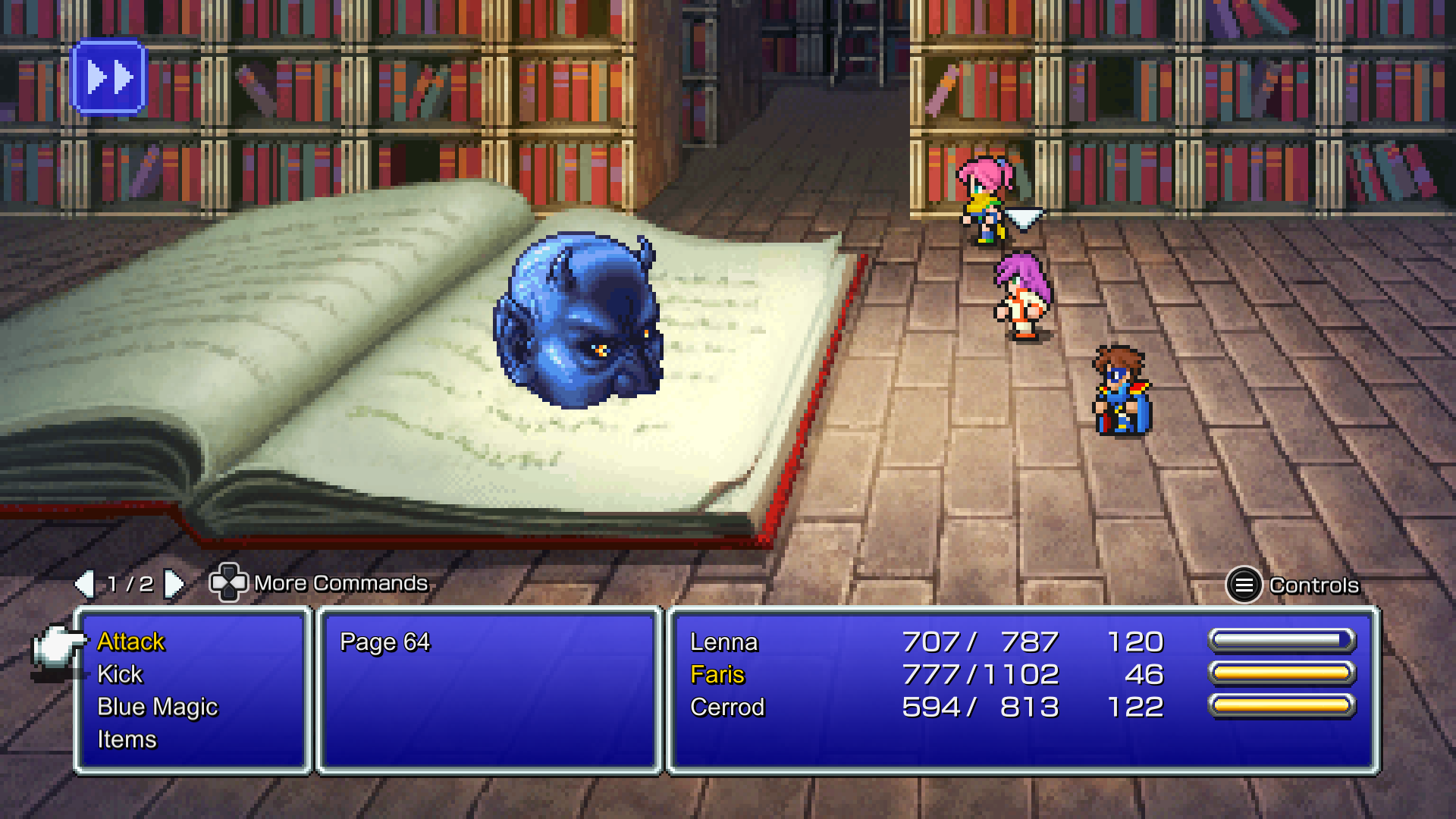 With this, you are set for the farm. Now progress along the story, until you reach Galuf’s world, and reach his castle of Bal. 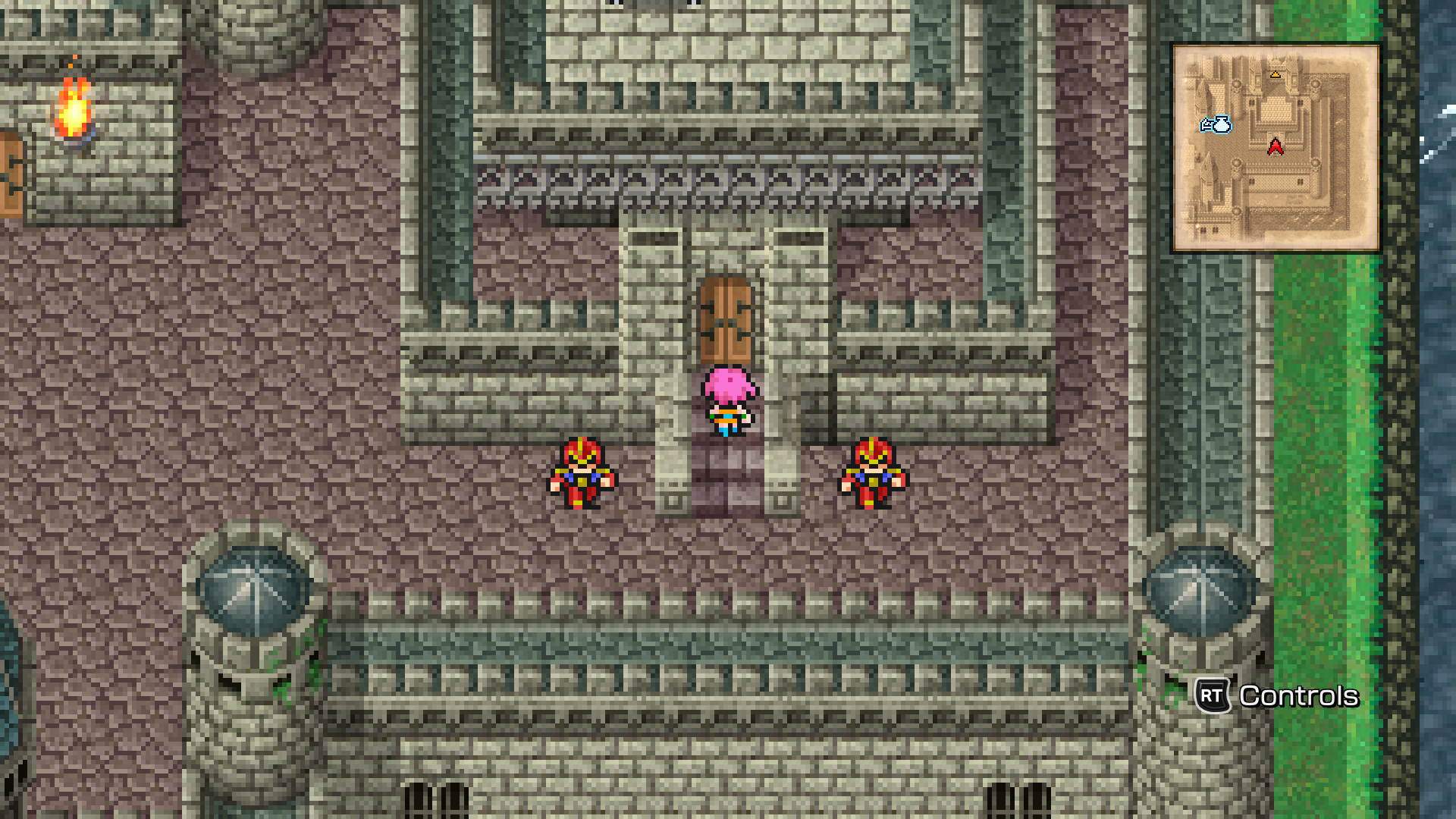 In Galuf’s castle, head to the right-most building. 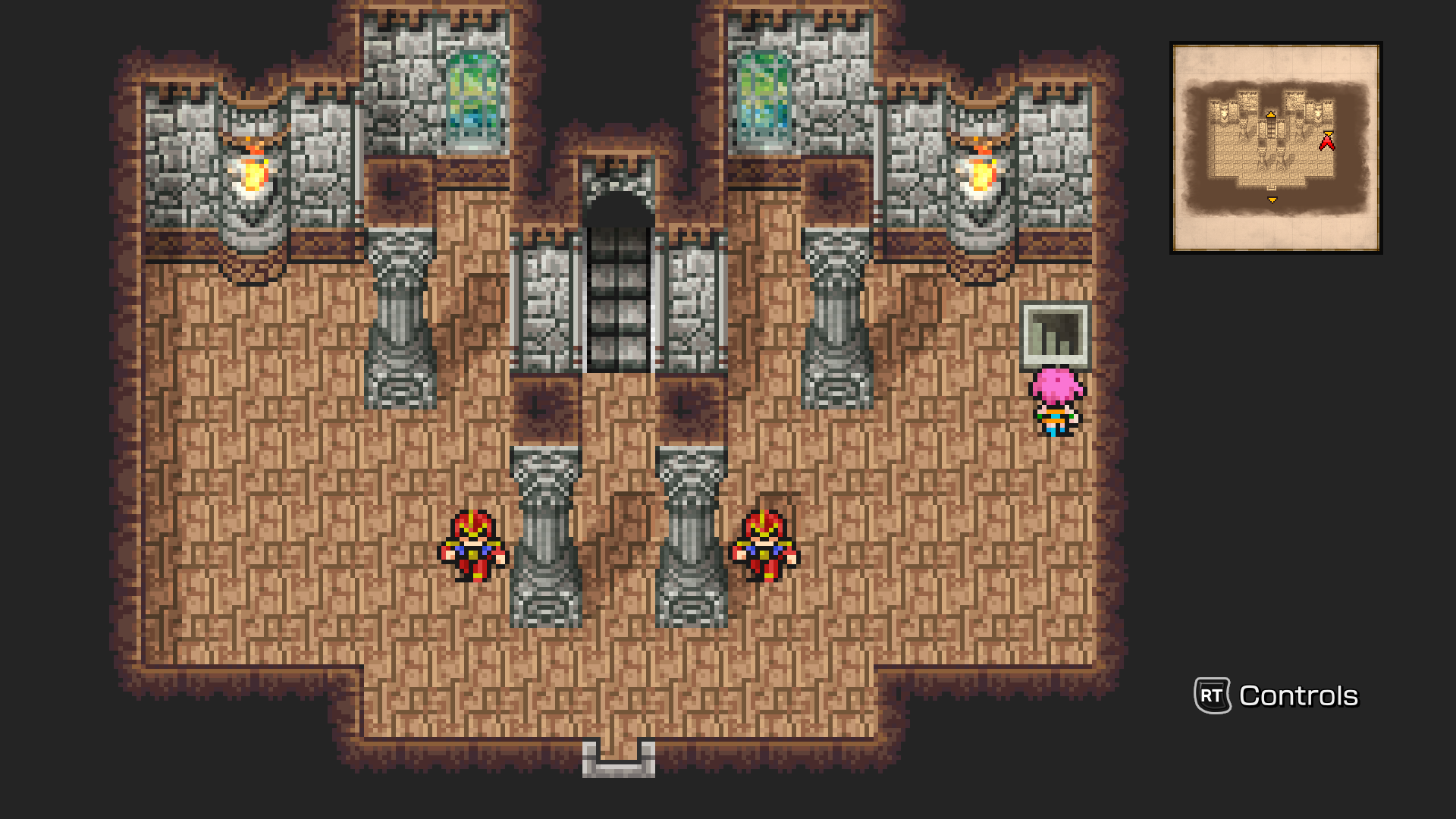 Down the stairs on the right. 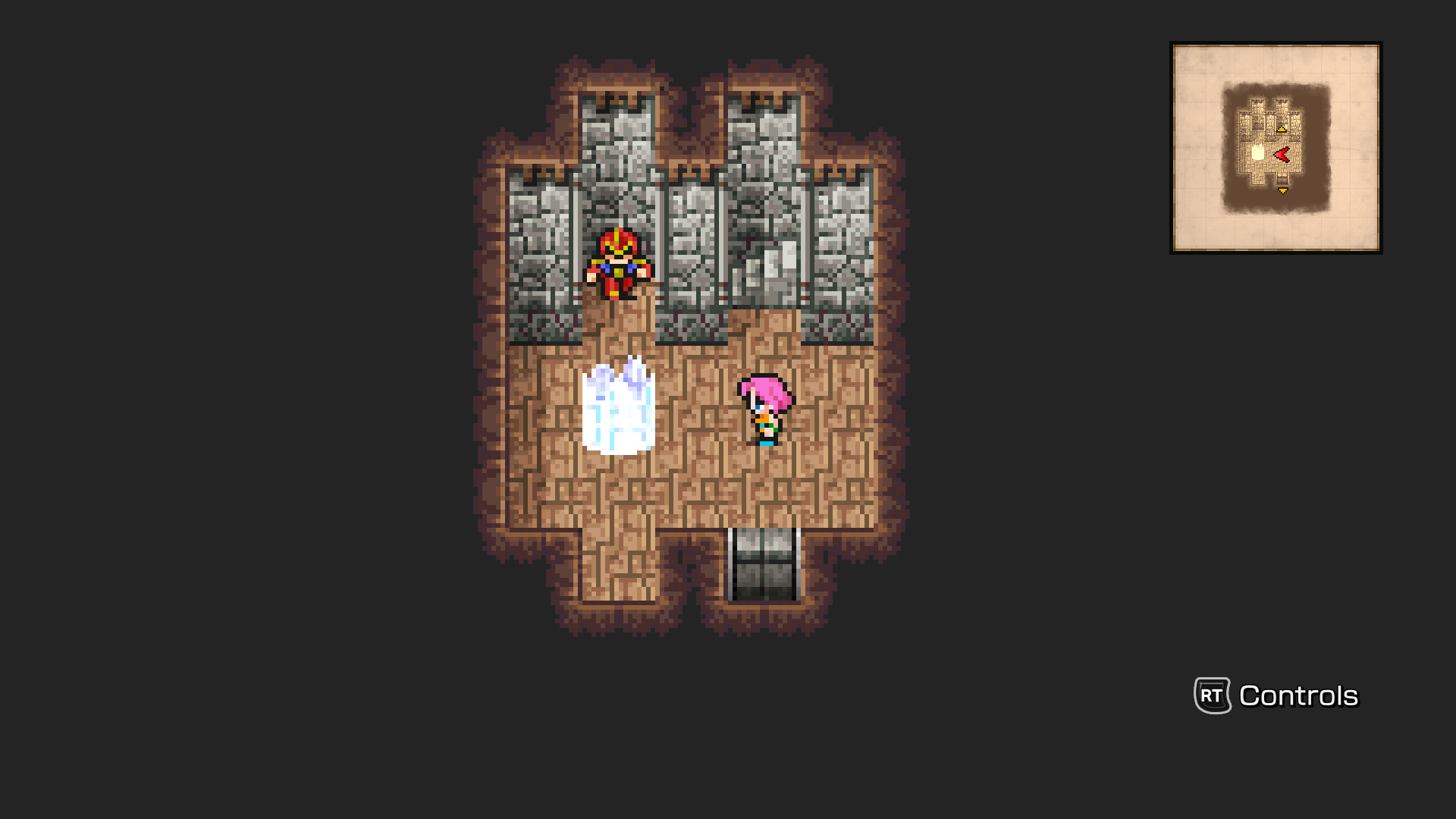 This little room here has a save point for you to save and use Tent/Cottages at. 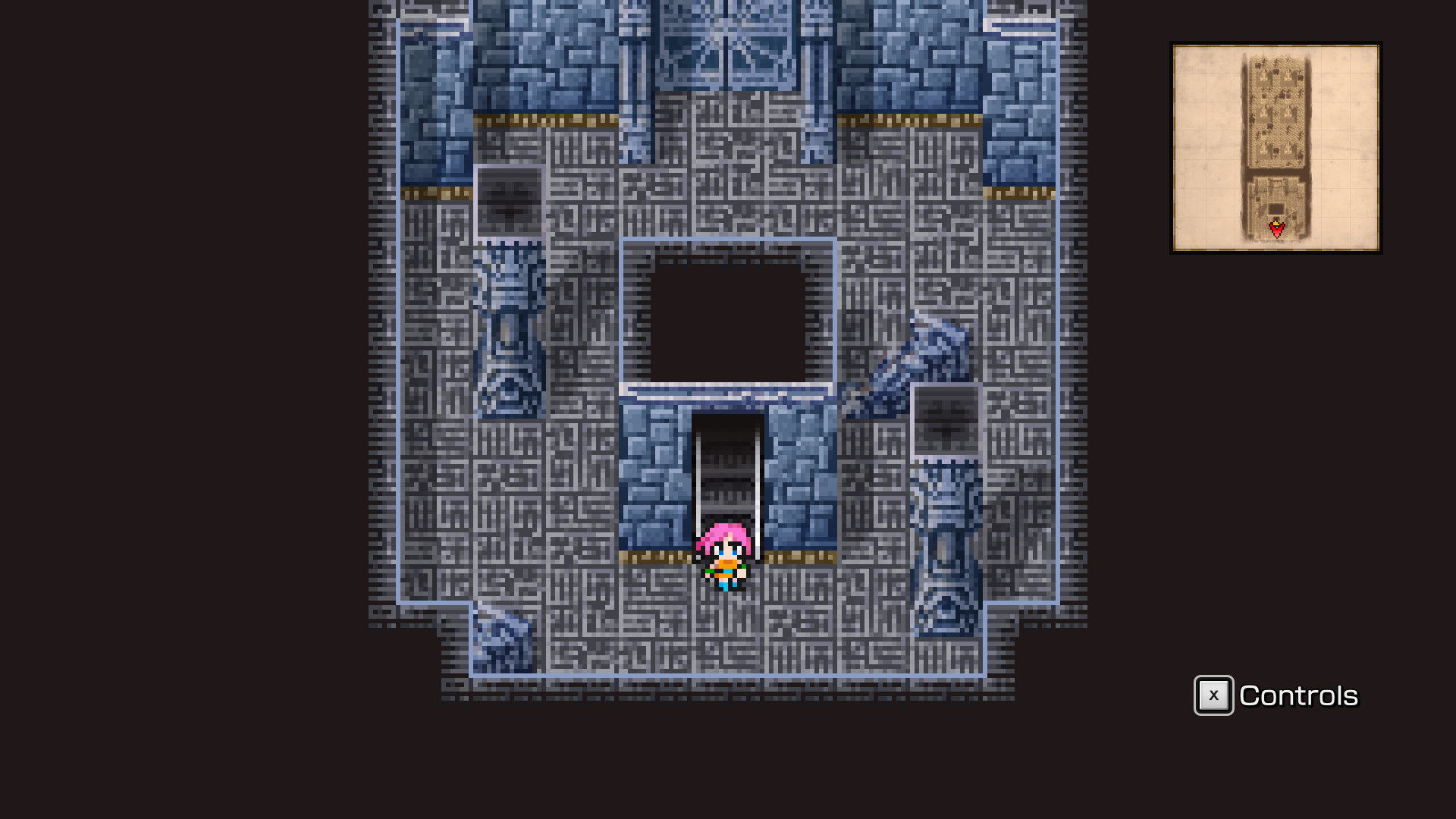 This will be your farming spot. Hug the bottom wall and run back and forth until you get into random encounter. 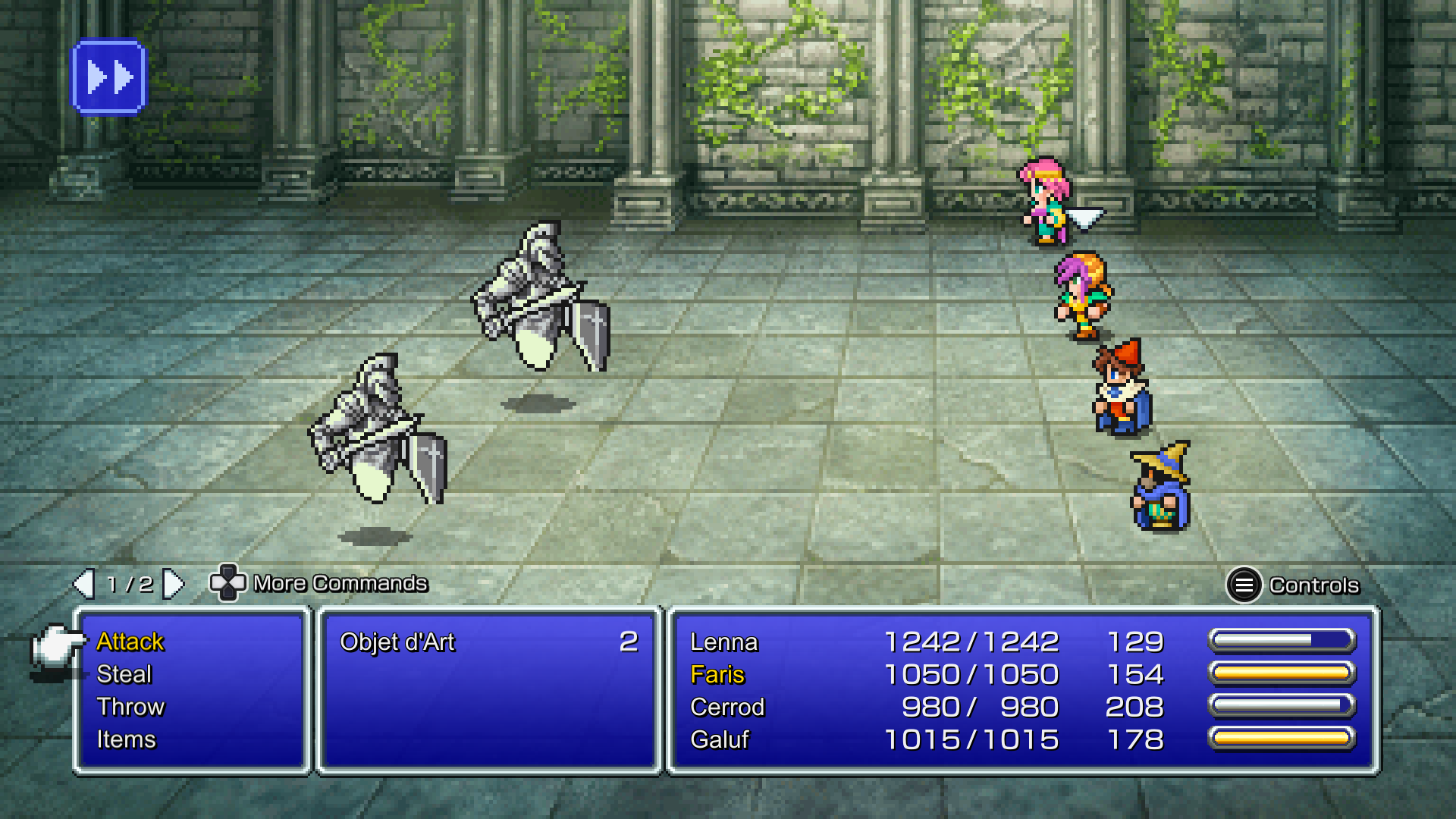 These are the guys you are after. They come in packs of 2, or 5.


Equip your party with the Jobs you want to level them as, then give them either the !Throw command, or !Summon command. Go to the Configuration, and set battle speed to ‘Very Fast’, as well as ‘Continue Auto-Battle’ to ‘On’. Then simply set all of your party members to either Summon Ramuh, or Throw Lightning Scrolls at the enemies when you get into combat. Then set Auto Battle on.


Pack of 2 of these rewards you with 4 ABP, while the 5 pack gives you 8. They have 3300 health, but every Lightning Scroll will deal about 2500+ damage to all of them, and every cast of Ramuh deals around 1k to 1500, depending on your spell power and whether you have Thunder Rod equipped, etc.


Or, if you have obtained the Level 5 Death spell for Blue Mages, then an even easier method would be to equip everyone in the party with the !Blue Magic ability, and have them spam Level 5 Death, ending the battle instantly as soon as anyone in your party gets a turn.


With this setup, each encounter will take just a few seconds, as your group just annihilates the relatively high-level enemies over and over. So now that you have this set up, simply keep running back and forth at the bottom of the room and murder the statues to your heart’s content, occasionally going up the stairs to save and use Tents/Cottage to recharge, then go back at it.


The Castle you’re in also happens to have an item shop, so if you ever run out of tents/cottages, you can just go there to buy more. The enemies you’re farming also drop decent amount of gil, as I was able to get up to 300k gil in the span of two hours.


With this you can get tons of ABP really quickly, in a safe location. I was able to get !Dualcast from Red Mages very painlessly with this method, but honestly you can just get whatever you want maxed out like this pretty quickly.

And that’s it. Just a quick little guide on how to get some quick ABP and gil in Galuf’s world. Later on as you enter the Merged world, there’s of course far quicker methods to grind ABP at, but this spot is available far quicker, letting you get access to the super good abilities far earlier than intended, such as the !Rapid Fire + !Spellblade combo.


Hope it was of any help to you. As I mentioned before, i’m definitely not the first person to have come up with this, and it is by far not THE BEST farming method. But it is A farming method regardless~

Here we come to an end for the Easy and straightforward method to farm tons of ABP – FINAL FANTASY V guide. I hope this guide has helped you with your gameplay. If you have something to add to this guide or believe we forgot some information to add, please let us know via comment! We check each comment manually by approving them!