All endings available in Strange Horticulture and the conditions to get to them. Of course, it contains spoilers.

There are four ending paths, each with two variants, for a total of eight endings.


The conditions to unlock each path and the actions to complete that path are described below.


At the end of day 15, the Woman in the Jade Mask will come to the shop. Further on in this guide, she will be referred to as ‘Thea’. Which plant is given to her at this point determines which ending variant of the path you will obtain. Widow’s Woe weakens Thea’s resolve, while Dead Man’s Fingers strengthens it. The endings below are marked accordingly.


Strange Horticulture saves automatically at the end of each day. It is therefore easy to go back and choose a different outcome.


There probably isn’t much of a deeper meaning to the plants that decorate each ending. 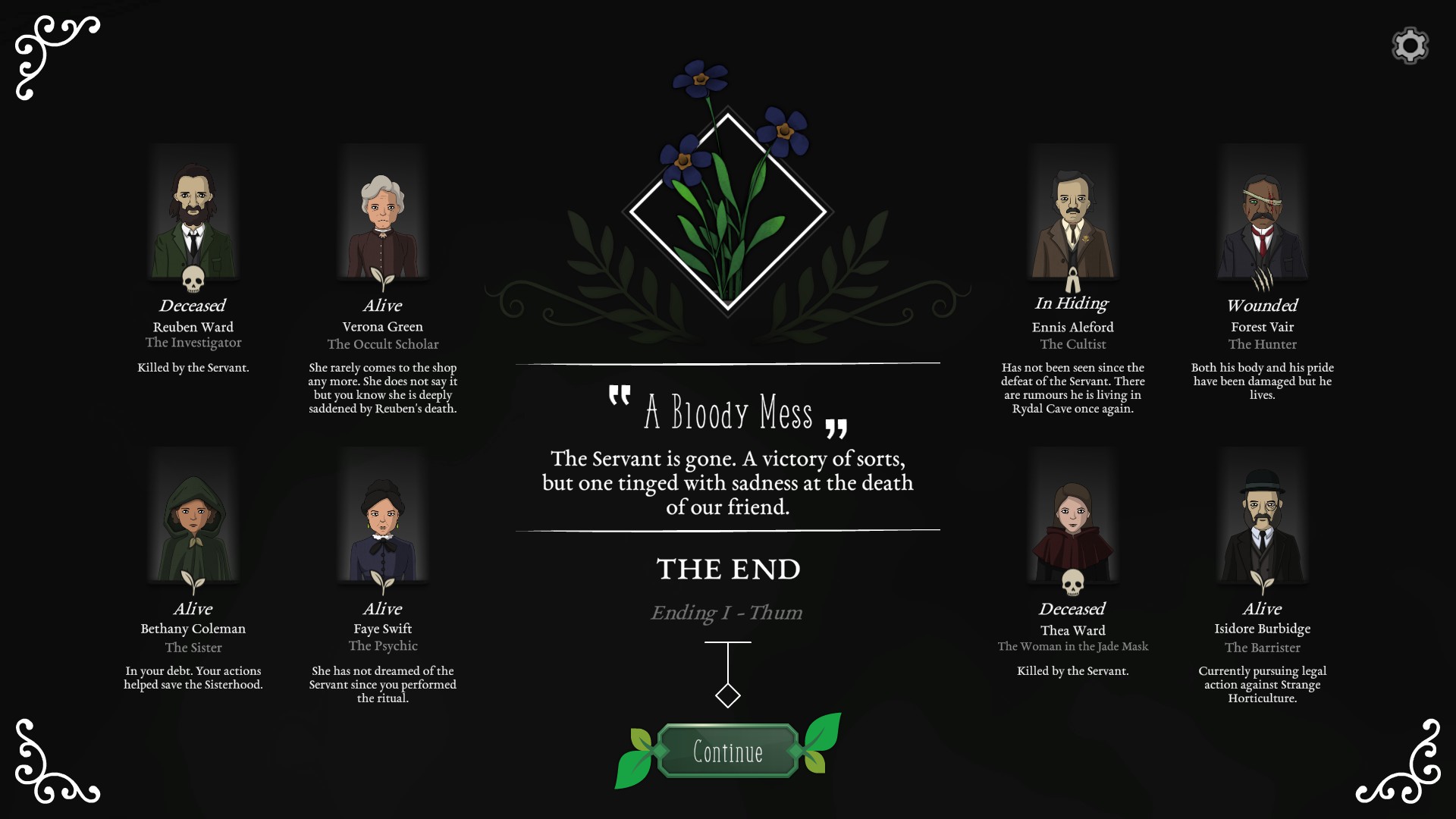 
The Dendrew is banished from the world, but not without cost in human lives. 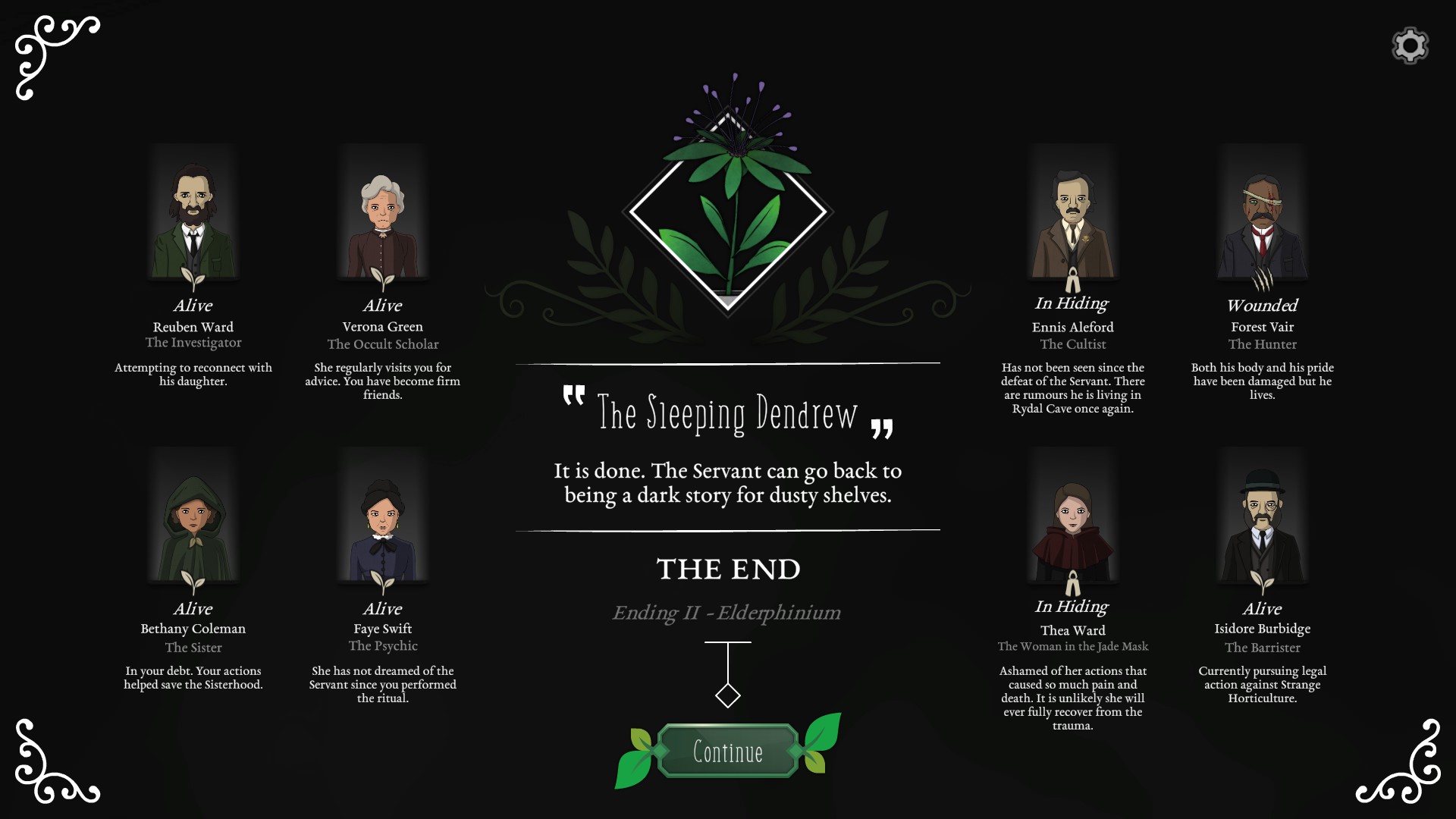 
The Dendrew is banished whence it came from, without making further victims. 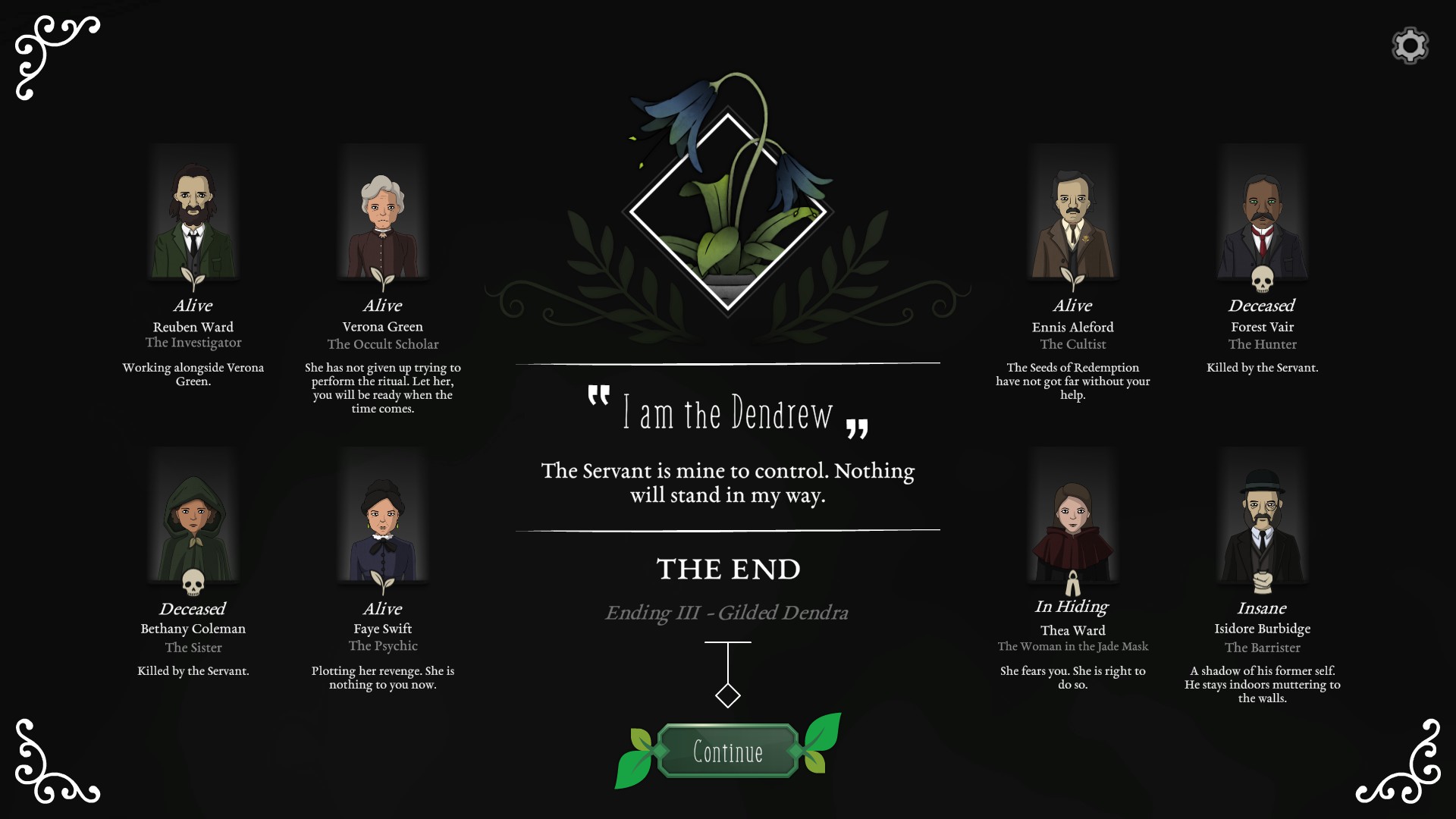 
The shopkeeper a*sumes control of the Dendrew. What will he do? 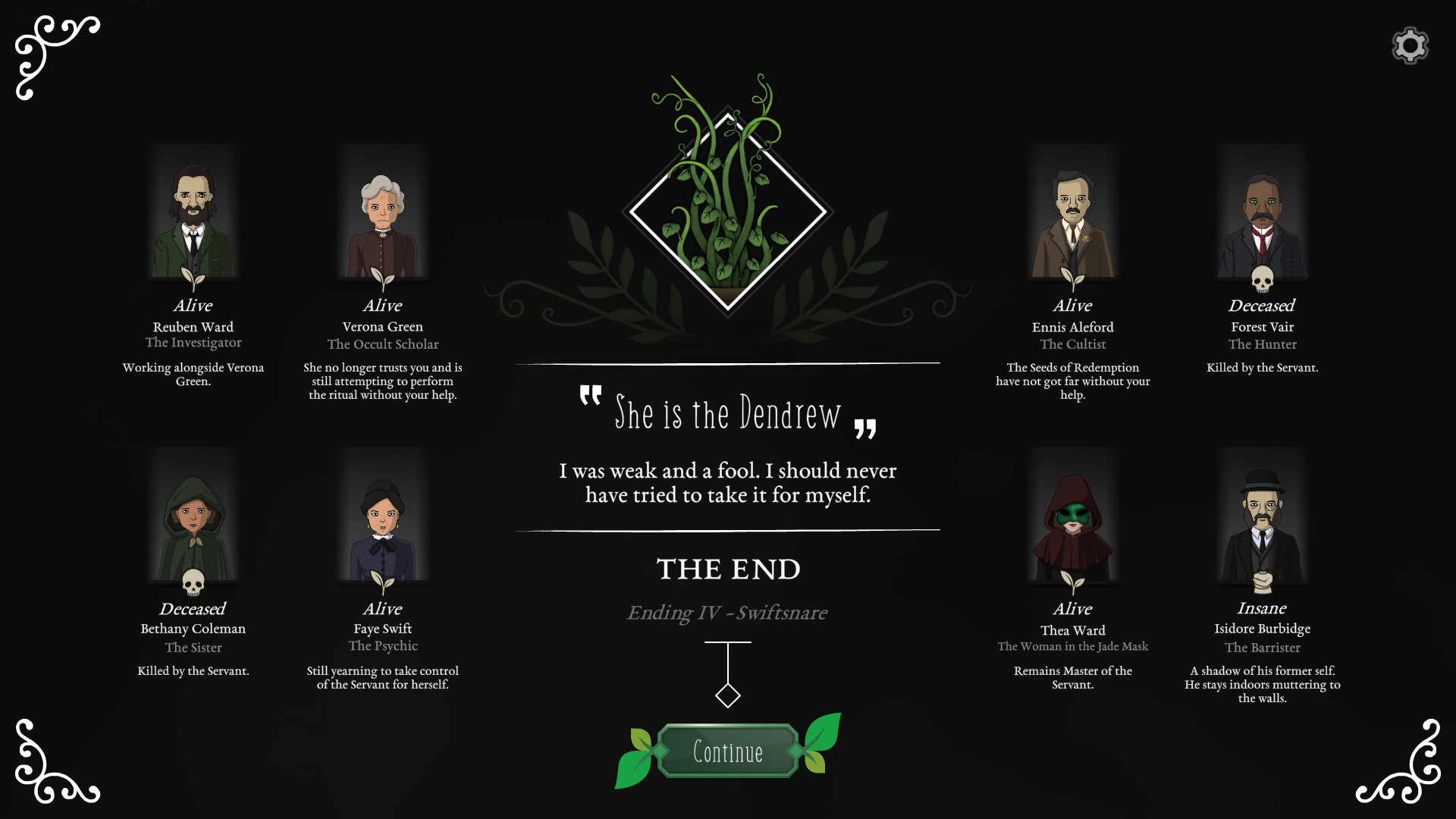 
Thea continues her hold on the Dendrew. 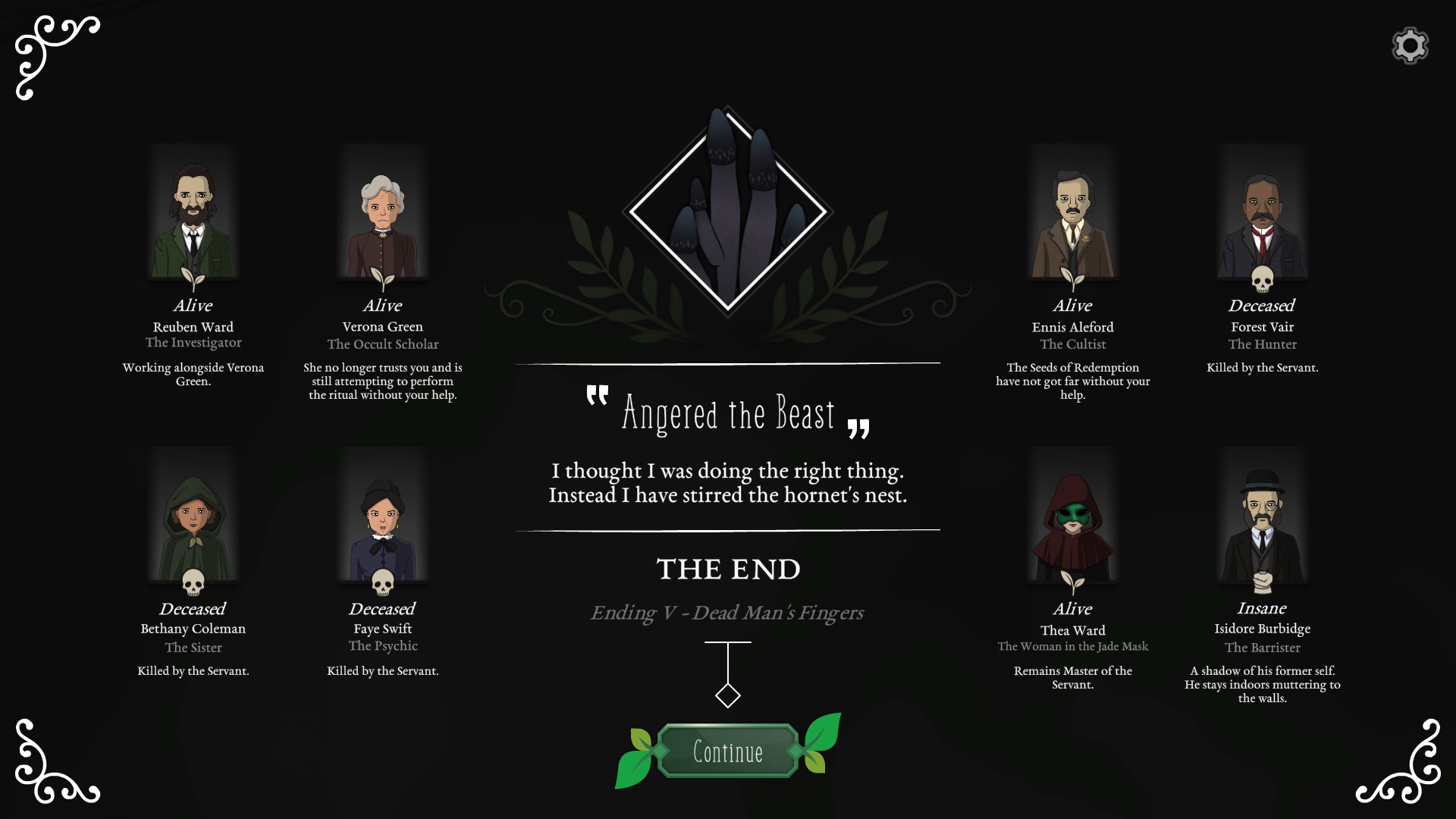 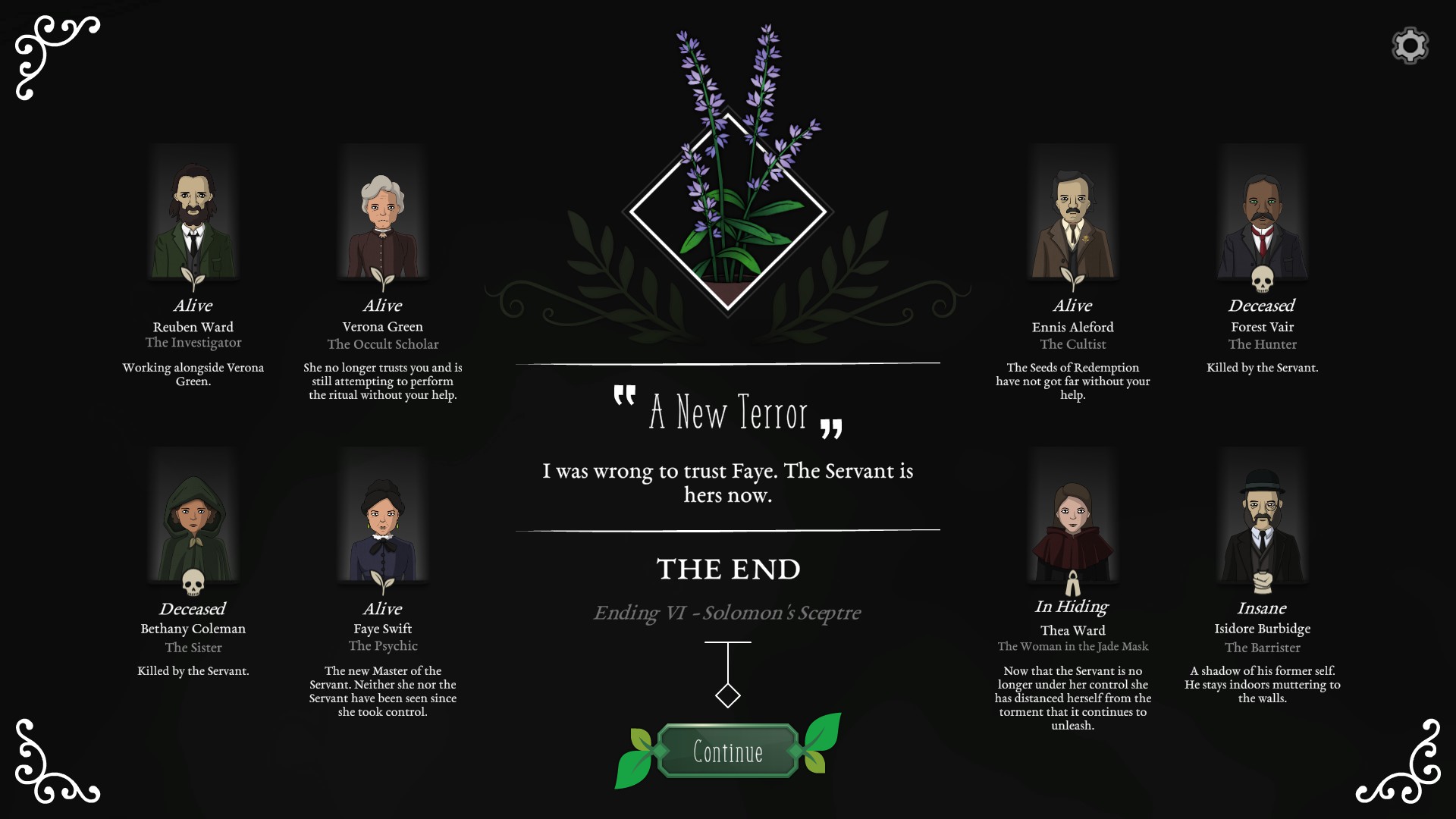 
Faye Swift a*sumes control of the Dendrew, though it remains a mystery for what purpose. 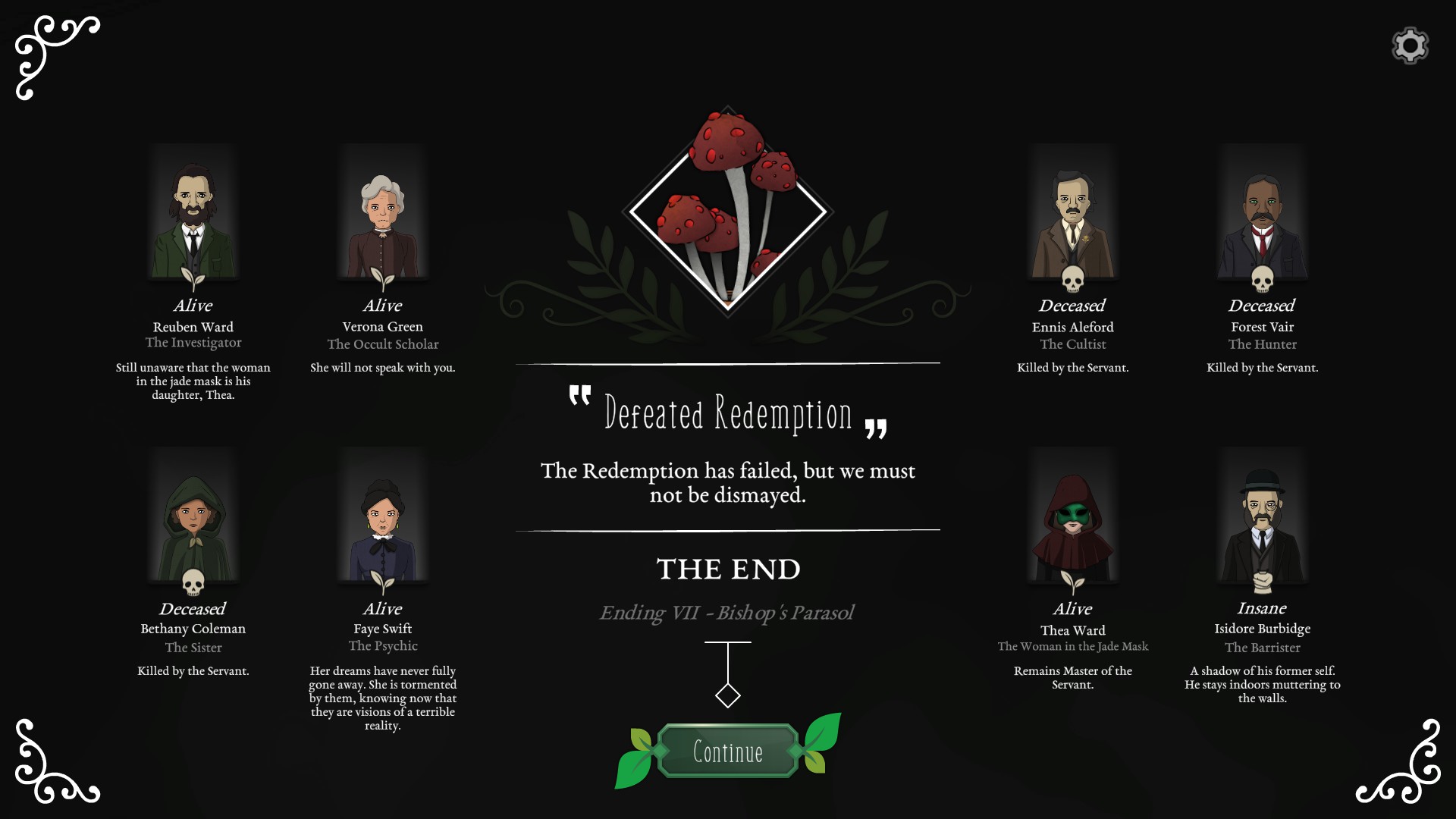 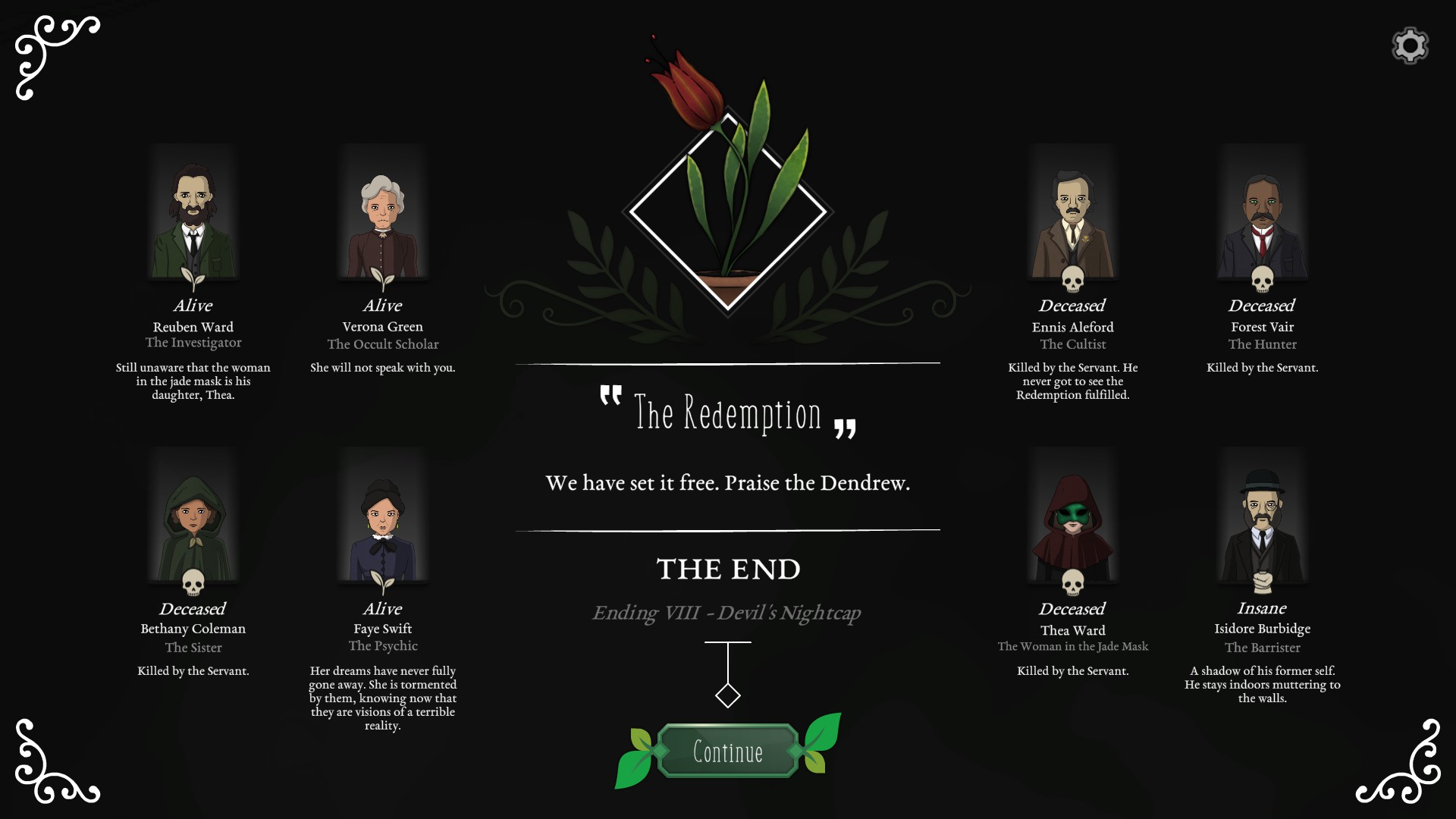 
The Dendrew is released from control, free to pursue its unknown goals. Cult leader Ennis Aleford shuffles off this mortal coil, presumably satisfied after fulfilling his ambition.

I hope you enjoy the Endings Guide – Strange Horticulture guide. This is all for now! If you have something to add to this guide or forget to add some information, please let us know via comment! We check each comment manually!