Gift locations with pictures and explanations on how to reach them.


Key for the arrow colours: 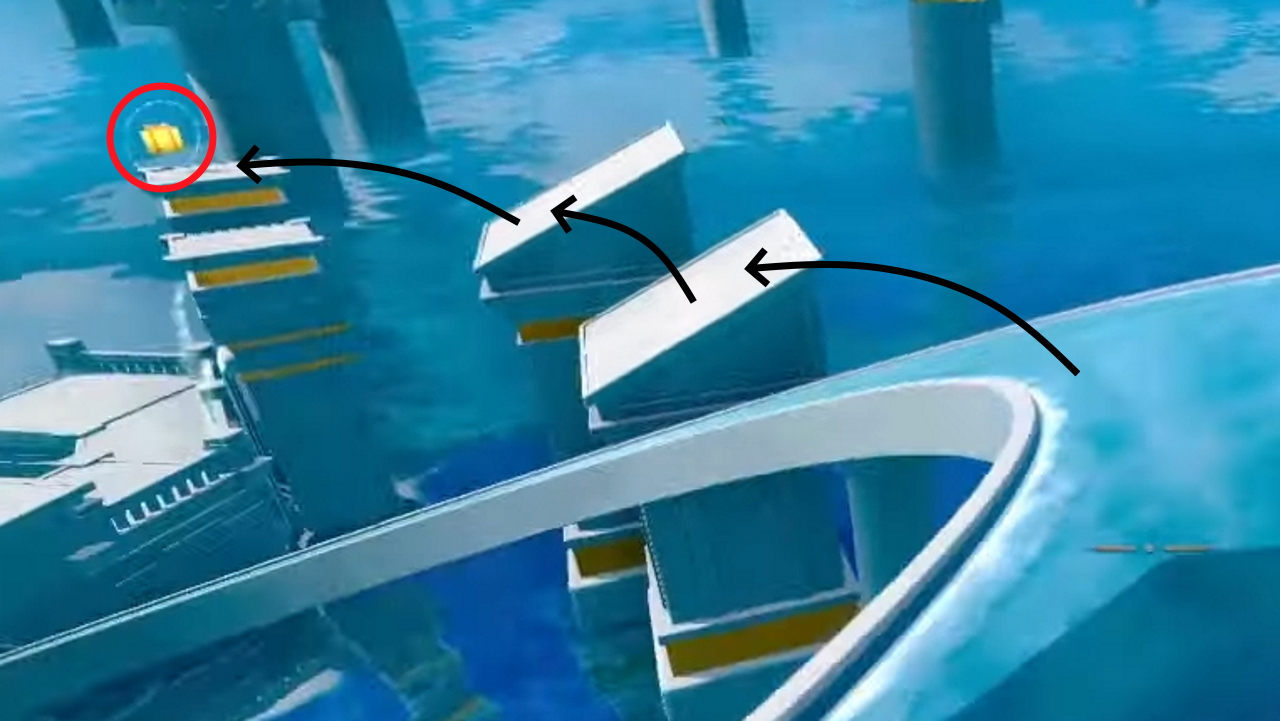 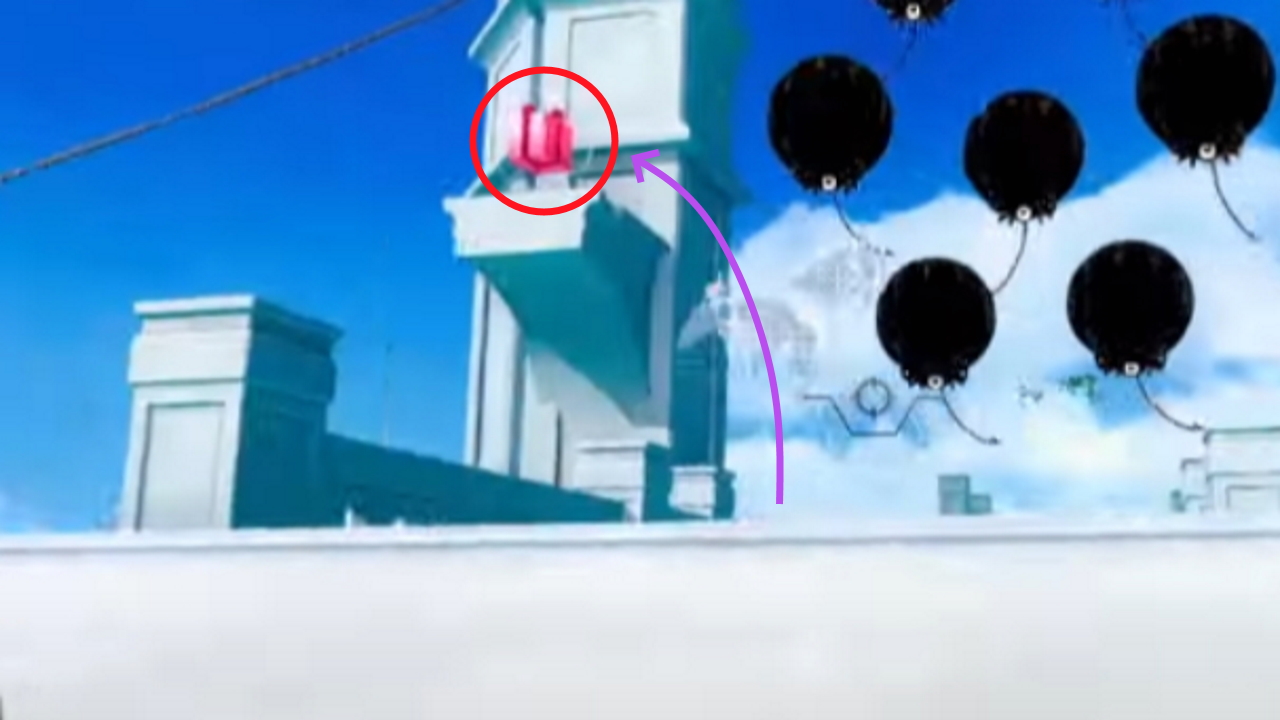 Sitting on a platform to the left of the balloon demons. Grab the rifle card and use the discard, which shoots a bomb out, to launch yourself up to it.


Tip: you can jump before the bomb goes off to give yourself extra height. 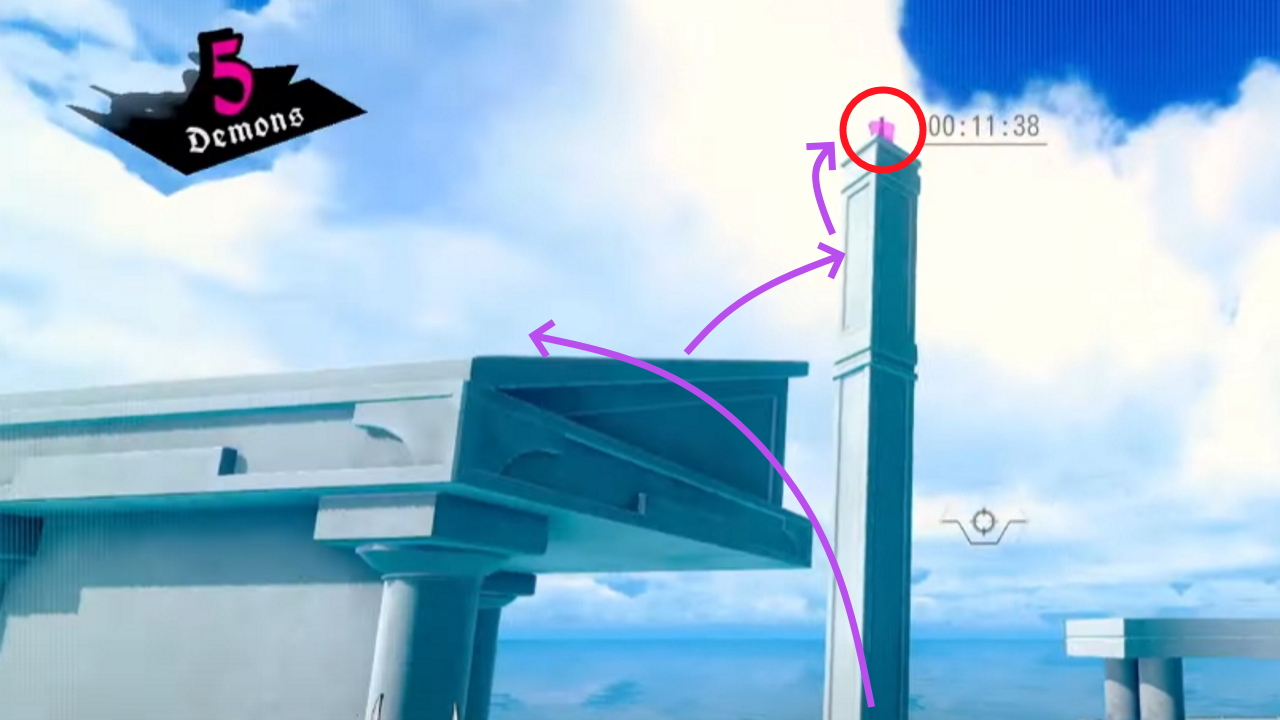 Move through the level saving the three rifle cards. Use the first to jump up onto this roof, the second to launch yourself at the pillar, and then shoot the third at the pillar as your launched into it to boost yourself up to the top.


Tip: rifle bombs will always launch you upwards, even if your to the side of them. 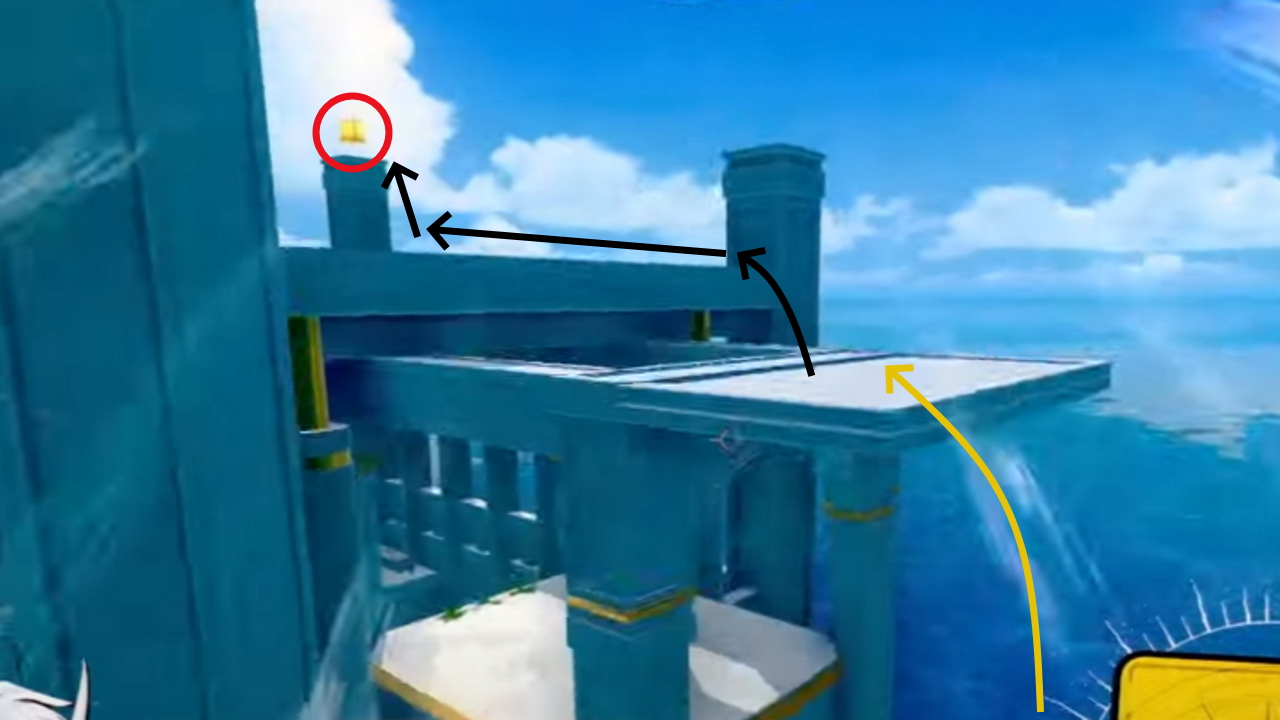 It’s sitting on top of the frame that surrounds the starting area. Move through the level saving a pistol card, and use the jump to reach the roof. Then just jump and run normally along to it. 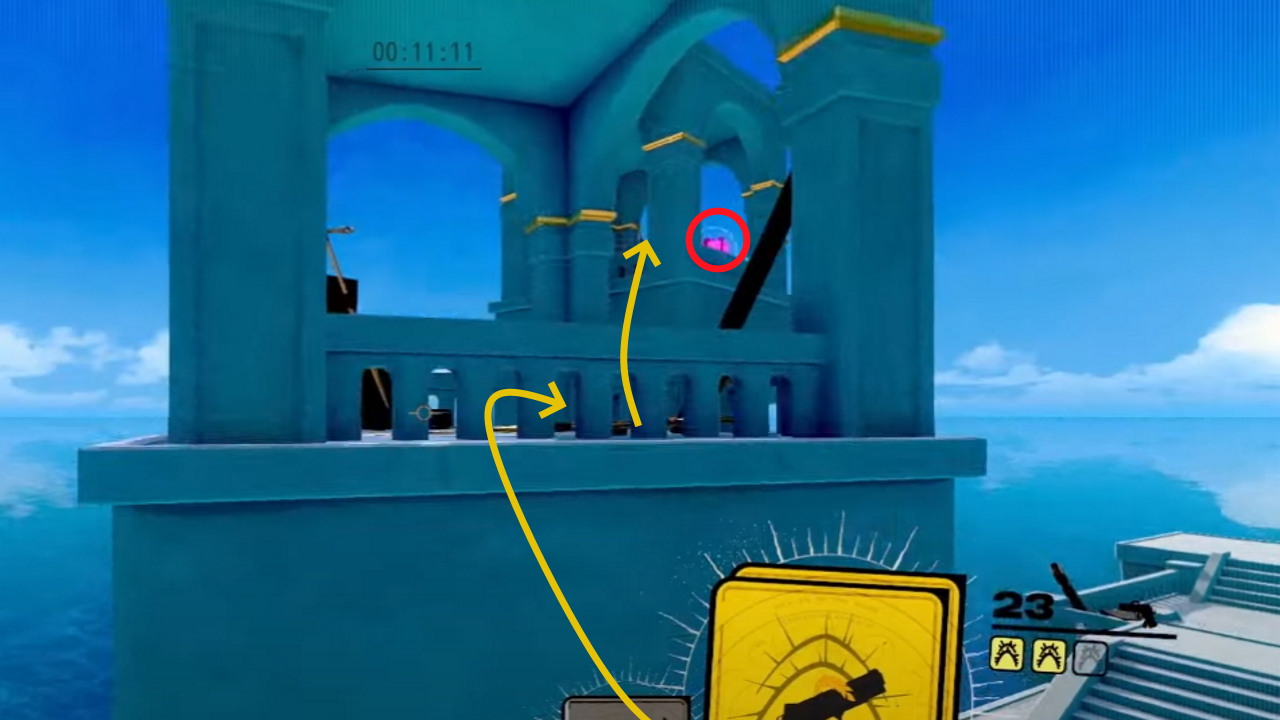 It’s inside the pillar to the right of where you start. Shoot the demon on the right of you to get his pistol card, then use one jump to get up to the next platform, grabbing the pistol card that’s in the air so you have two. Use one to jump into the first pillar and the second to jump to the second pillar. 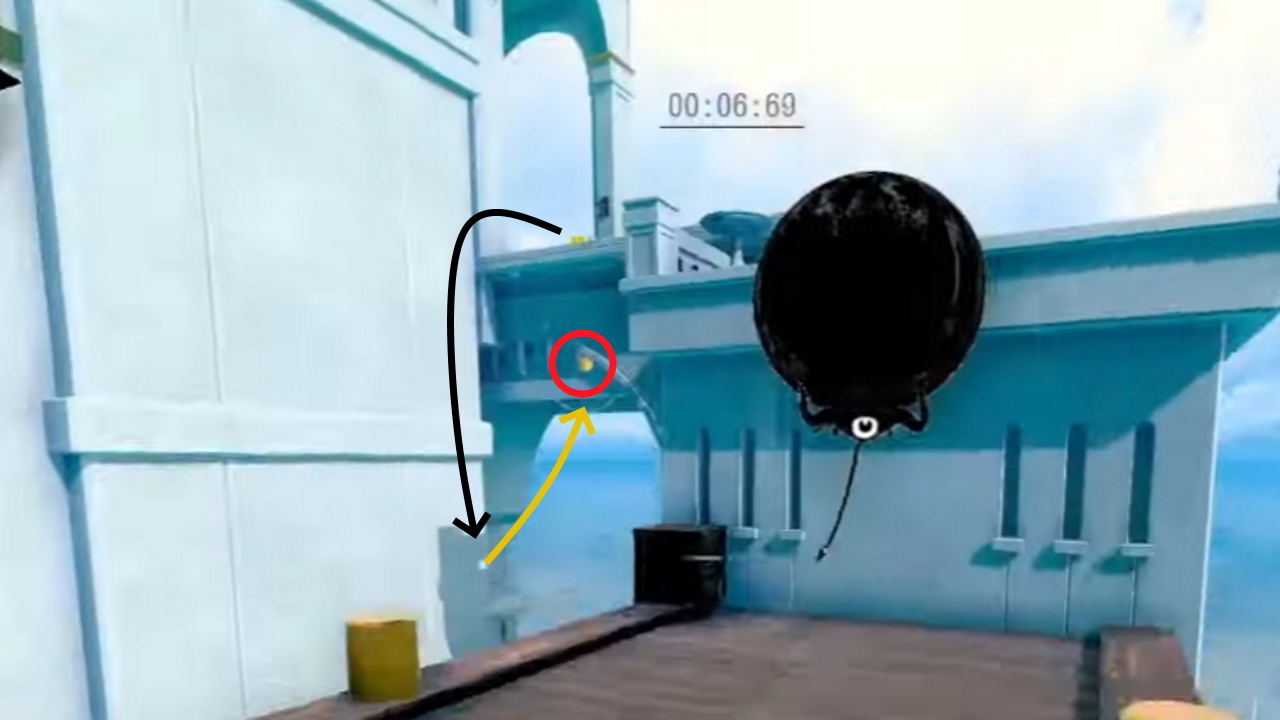 Pretty easy to miss, it’s hiding underneath this bridge that you pass at the start. Grab the pistol card and jump off the side of the bridge, then use the pistol jump to propel yourself under the bridge and grab it. 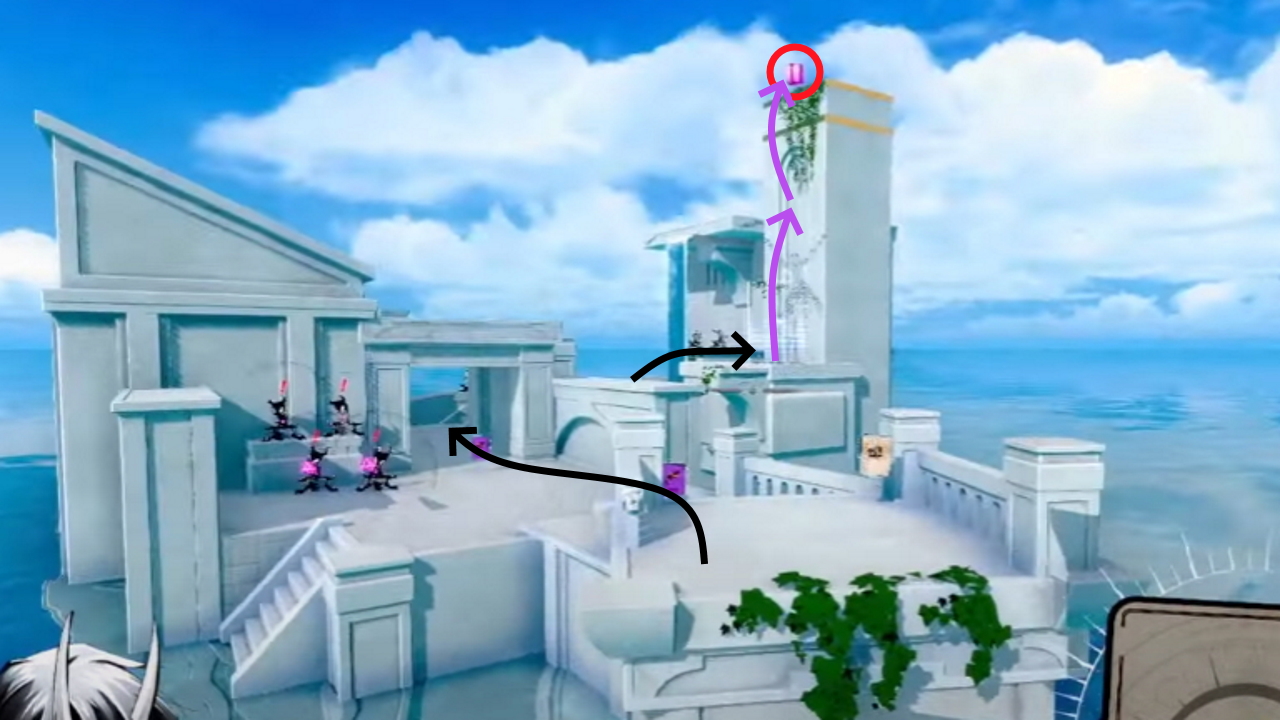 It’s on top of the tower behind the end goal. Move through the level saving your 2 rifle bombs, shooting any demons if needed. Get to the end and use one to propel yourself partway up the tower, and the second to boost yourself to the top. 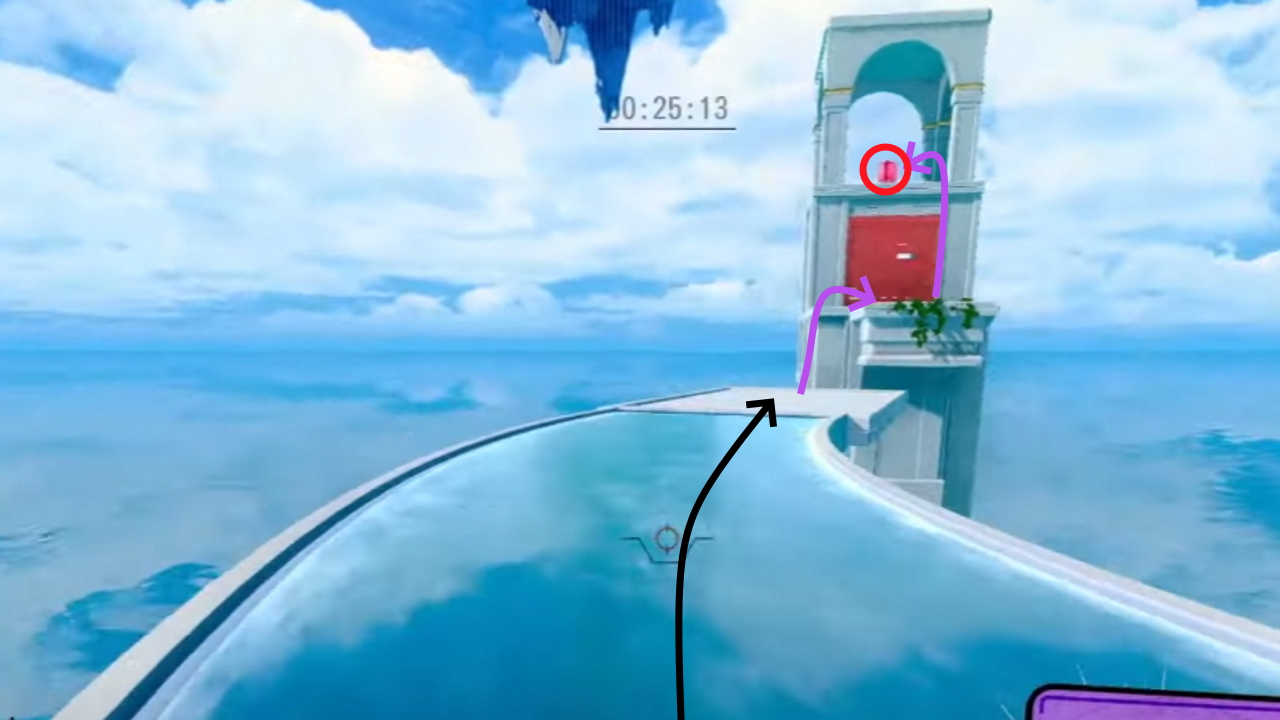 Easy to get, just move through the level as normal, except instead of using the last bomb to break through the door, use it to bounce yourself up to the gift instead. 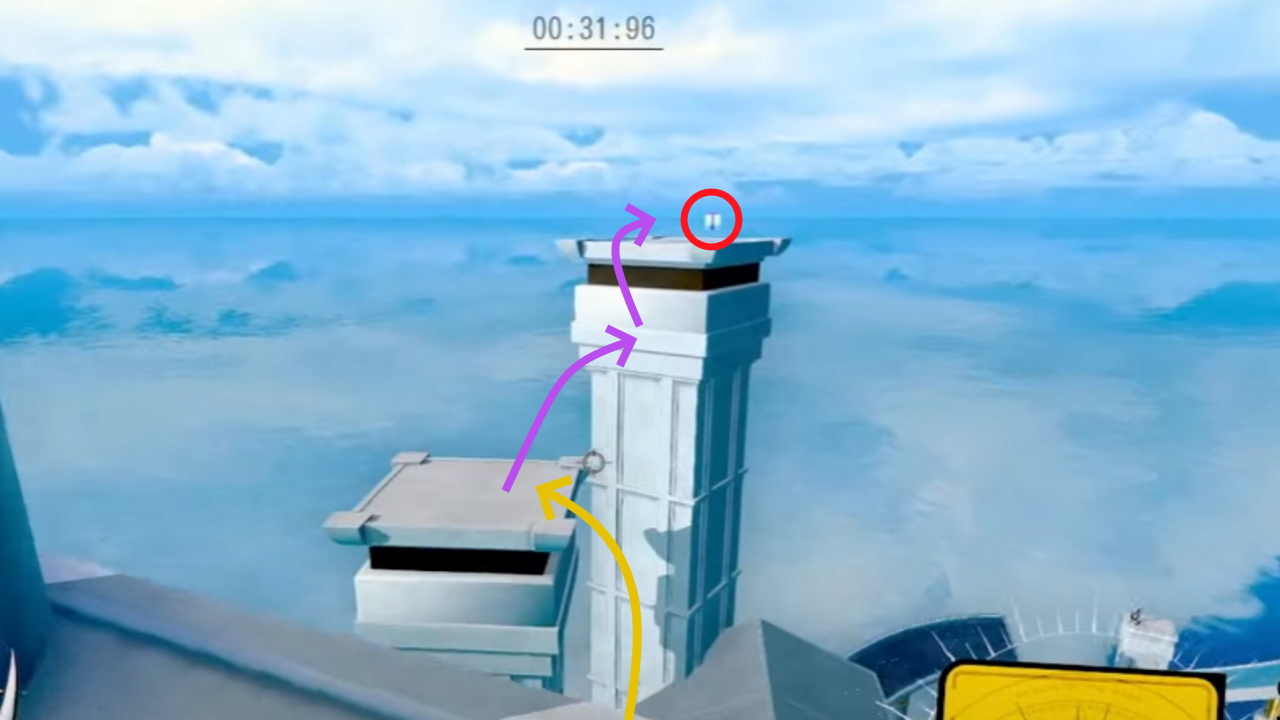 Get to the end of the level with a pistol and 2 rifle cards. From the end goal, use the pistol jump to get across to the first roof. Use a rifle bomb to launch yourself at the pillar, and the second on the side of it to boost yourself to the top. 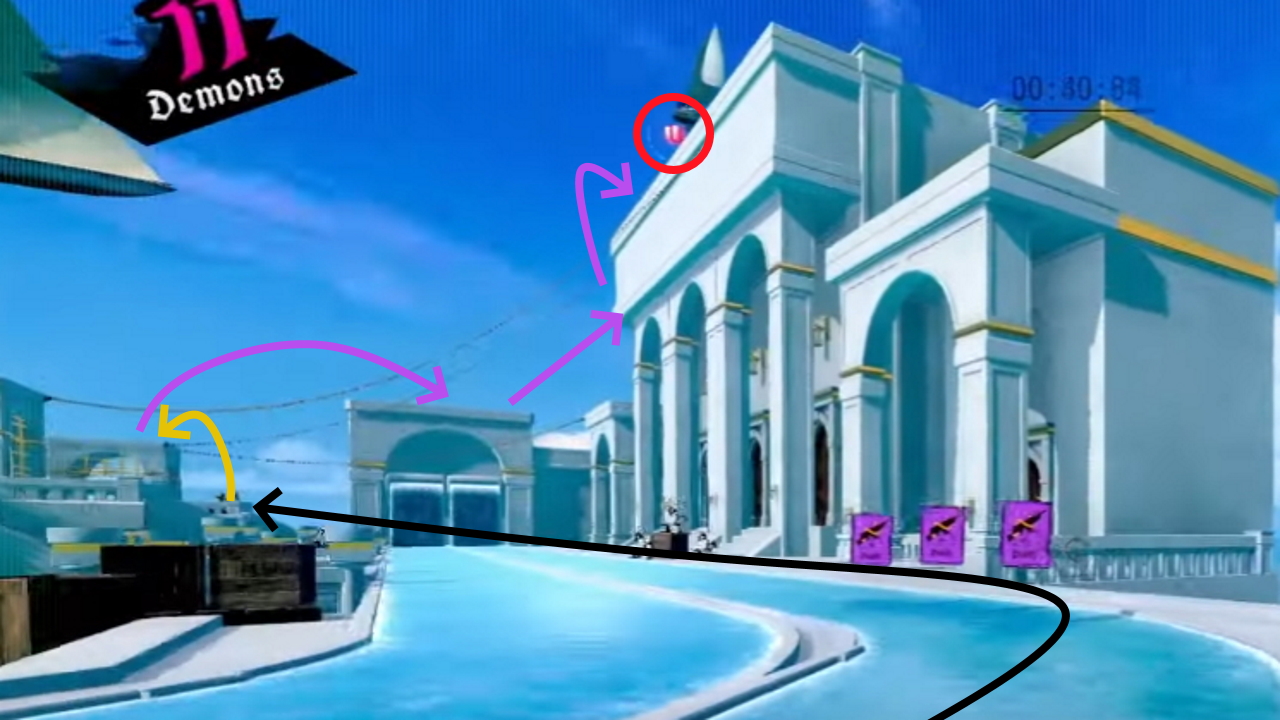 Get to the last area of the level and save the three rifle cards. Kill the demon holding a pistol card at the end and use it to jump up on top of the roof. Use one rifle bomb to launch yourself over to the thin walkway behind you, jump onto the next roof normally and then use a bomb to launch yourself at the wall, and the third at the wall to boost yourself to the top. Run along the roof to reach the present.

I hope you enjoy the Gift Locations (Up to Job 1) – Neon White guide. This is all for now! If you have something to add to this guide or forget to add some information, please let us know via comment! We check each comment manually!