Guide to getting all achievements for the stealth game ECHO.

ECHO is a stealth game with a bit of puzzle and strategy elements, which sadly is almost unknown despite starring a famous actress (Rose Leslie) as the voice of the main character, En. There are almost no detailed guides for this game, and I hope this guide I made will help you.


The main mechanic of this game is the light and blackout cycle. In the light cycle, your actions will be recorded. In the blackout stage, all light turns off and your actions are not recorded, feel free to do anything. On the next light stage, your evil clones will be able to perform the moves you did last light cycle. Remember this, because some achievements are tied to these cycles.

These ones are story-related, so you don’t have to worry about missing them, with the exception of one difficulty-related at the end.

She’s waking up: Activate the palace

Back on track!: Get Foster back

Sweet sorrow: Finish the game on any difficulty

There are 3 types of collectibles in this game:

Don’t worry if you miss collectibles, there is a level select option and you will only need to pick up those you haven’t. However, they will only count once you reach the next save point.


Collecting a certain number of Voices will unlock a Verse at the end of the chapter. You don’t need all, just at least half of the Voices in a chapter. If you finished a Chapter without fully unlocking the verse, get the rest needed, and then in the level select menu scroll to the last one and you will have the option of playing the verse.


The following achievements require you to unlock the small blue orbs for extra power cell capacity. Each time you get one the number beside your last power cell will decrease, and when it hits 0 you will unlock a new cell capacity. You can get more than 4 extra slots, and those are not needed for the achievement. However it is recommended to collect them still.

Power up!: Get an additional Cell capacity slot

The Right Stuff: Pick up every orb in every caste level


You can find the location of all collectibles in the “Collectible Locations” of this guide, complete with videos and timestamps: https://steamcommunity.com/sharedfiles/filedetails/?id=1145751203 – [steamcommunity.com]

When an Echo is near, press F to push it (her?). It is the most safe method of dealing with enemies, and you’ll probably get this naturally.

Airtime: Push an Echo over a railing

Easily done in the Chapter 3 level “Rise”. There will be Echos standing near the ledge, push them. Or you can keep pushing other Echoes in earlier/later levels until they fall off.

Hitman: Take out 47 Echoes with the stealth takedown

While behind an unsuspecting Echo, hold F and En will choke the clone. Repeat until it reaches the iconic a*sa*sin’s code number.

Use the right mouse button to aim your gun. But rather than shoot them, keep your sights at them and after a while they will be tagged with a red box so you can see where they are.

While aiming, left click to shoot. Feel free to shoot during blackouts, as shooting during the light cycle will make them be able to shoot. If you play the game like I do, this one will require a bit of farming.

Knockout: Push 5 Echoes at once with the Riot Gun

While aiming, press the middle mouse button to shoot a nonlethal shot that pushes them to the ground. Get 5 to follow you, and knock them down. Must be done in 1 shot.

Hattrick: Line up and shoot 3 Echoes with a single shot

Impaler: Line up and shoot 6 Echoes with a single shot

Easiest to do in Chapter 2 level “Compulsion”. There will be a hallway with slow, shambling Echoes. Call them out and while they are chasing you, try to shoot 6 of them in a straight line.

You can see a video example here:

A Sun is those glowing white orbs in spinning metal cages that recharge your suit. If you shoot them, they explode. Lead 3 or more Echoes near one, and shoot it, killing them.

Crystal balls are small glowing white balls usually found on tables. Pick it up, and press right click to aim. Instead of aiming your gun you will be aiming the ball. Useful for distracting enemies.

Instead of throwing them, keep holding them and find an Echo. Press F and instead of pushing, En will smash it to the enemy’s head.

The bigger they are…: Take out a Hyper Echo

Hyper Echo are big, golden clones that start appearing in the second half of Chapter 6. They are fast, already have your skills, will kill you the moment they reach you, and need 2 shots to kill.

Area Scan is a skill activated by pressing Q, making out the outlines of the area and enemies nearby. Most useful during the blackouts and those dark areas where En travels from one airlock to the next. You’ll probably get this naturally.

When you have an empty energy cell, go near one and it will refill one bar each, and 4-5 for big suns. You’ll probably get this naturally as well.

Nightsnack: Eat 5 pieces of fruit during a single blackout

Snacks are those green grapes on bowls, which refills your stamina. During a blackout, find one and keep pressing E to make En eat. Can be done on the same bowl.

Same as before. Can be done in one bowl, but not really needed as there are plenty of them.

One man band: Play the whole piano piece during a blackout

During a blackout, find a piano and interact with it. En will play for a bit and after she stops by herself, this will unlock. Make sure to clear the nearby area beforehand as it attracts enemies.

The following achievements are only obtainable on a few areas, some with kinda complicated steps. There may be more than 1 area where it is possible, but in most areas you cannot get them. Feel free to tell me other areas where these achievements are obtainable.

Narcissist: Look at yourself in the mirror excessively

In the Chapter 2 level “Discovery”, where you enter the dark Palace for the first time, there will be multiple mirrors on the wall. Stand in front of one for a minute or so. 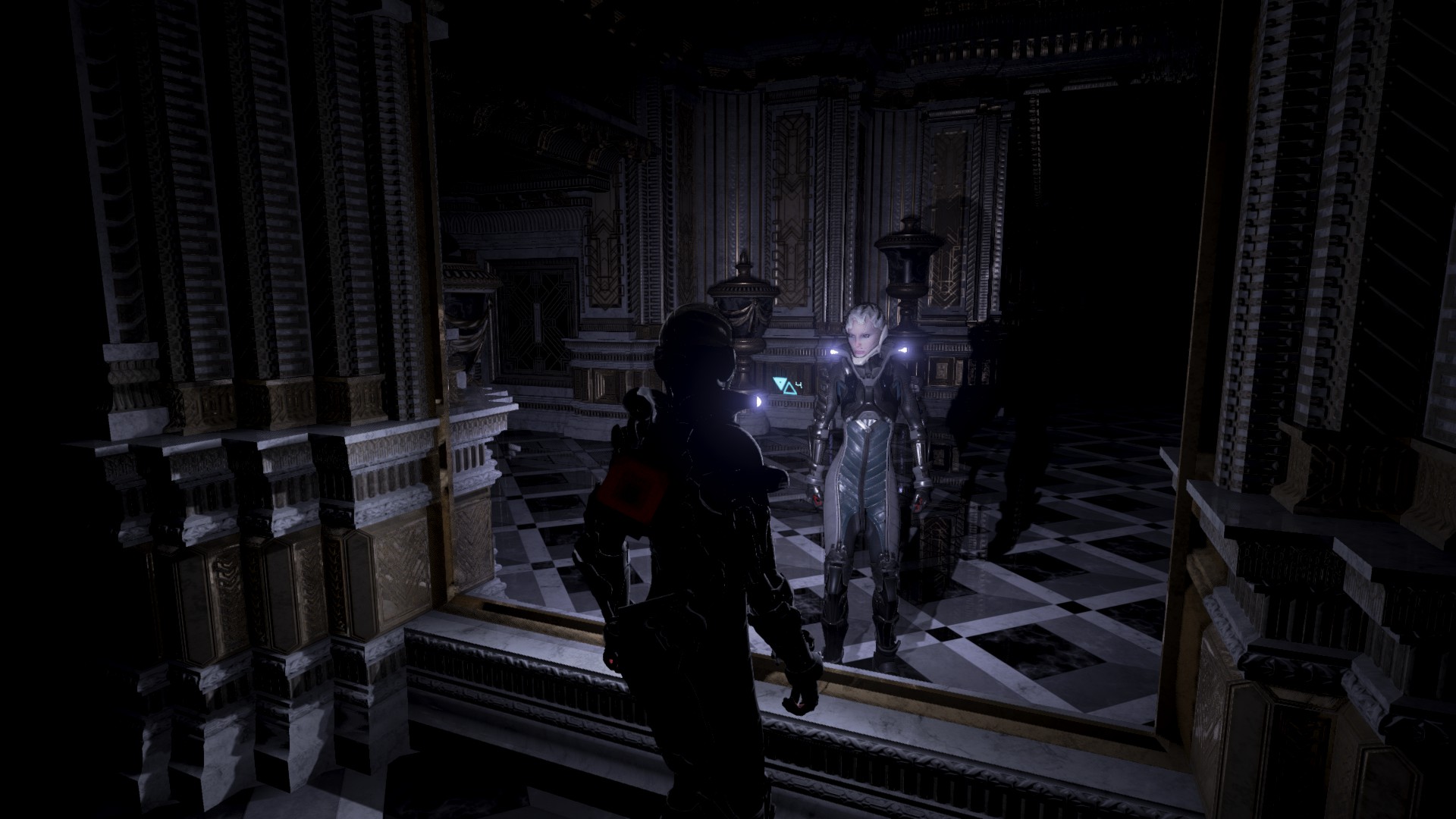 Enter Infinity: Traverse infinity for a while

In the Chapter 2 level “Infinity” you will be in a large hallway with green light on the ceiling. This hallway is endless, so just follow the light until the achievement unlocks. Do not jump down the railing as it progresses the story.

Fast learner: Have Echoes know how to sprint, vault, use doors and walk in water at the same time

Can be done on Chapter 3 levels “Sympathy” and “Peace”. In one light cycle, do all those things. In the next light cycle, the clones will be able to do those too and the achievement will unlock.

Outsourcing: Collect a Voice by having an Echo strike it

Probably the only missable achievement since collected Voices are unavailable after you reach the next save. In theory, it should be an easy one due to the high achieved percentage and the fact that almost all levels have more than 2 Voices. However, it never happened to me other than in the Chapter 3 level “Peace” where I purposely tried to unlock it. You can see the video on how to do it here:

Leap of Faith: Make a 2 cell energy drop during a blackout

Can be done in Chapter 3 level “Peace”, but probably there are more chances. During a blackout, make sure you have 2 energy cells left, and make your way to this small bridge above the exit door, and jump down. 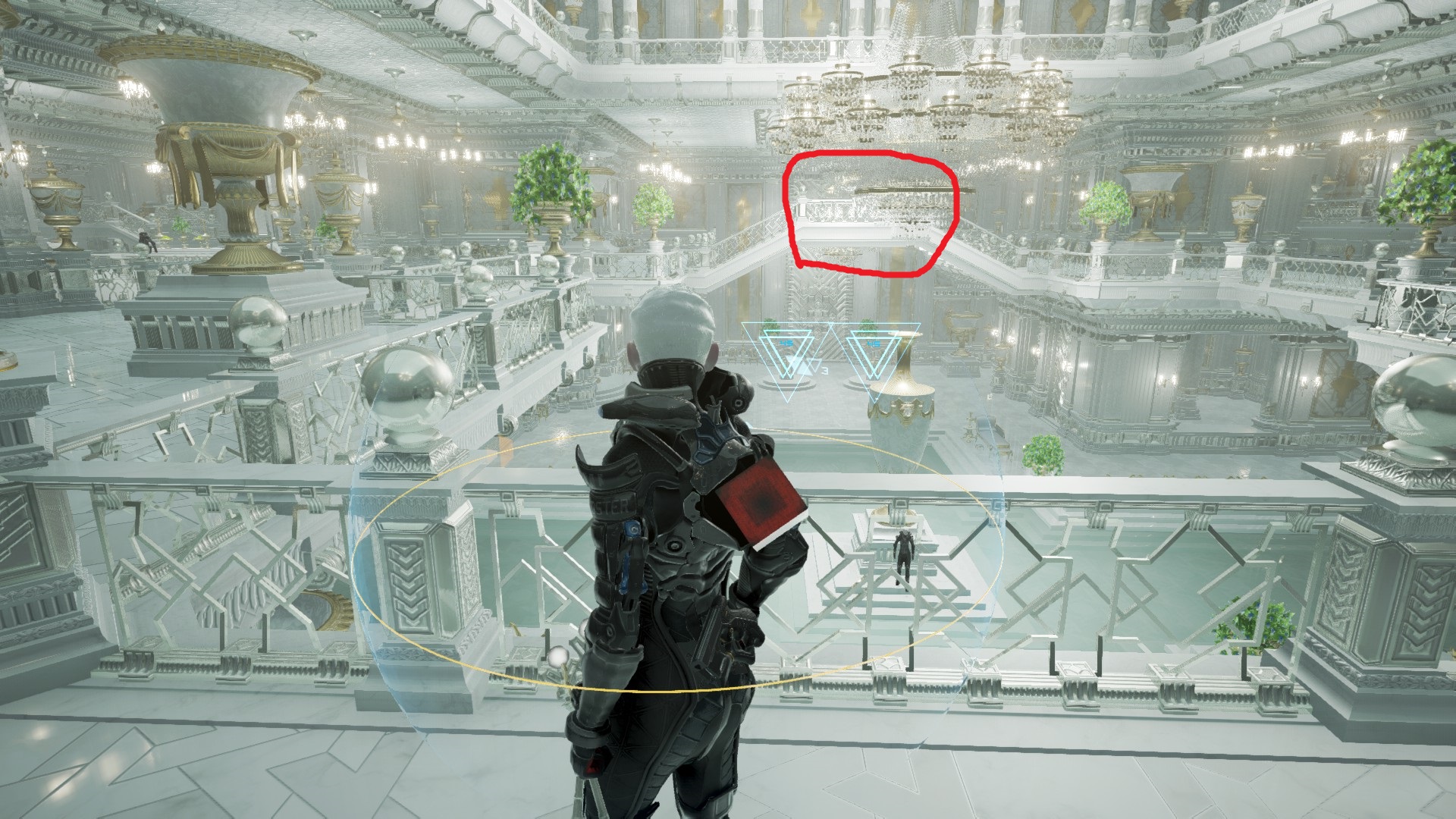 What was that?: Distract 5 Echoes at once with one Crystal Ball

Can be done in Chapter 4 level “Ballroom”. Jump down the balcony where you start to the left side of the room, aim high and throw the crystal ball from around here. Hopefully, 5 or more Echoes will notice. If it doesn’t unlock, try again, or try a different spot but still on the same level. 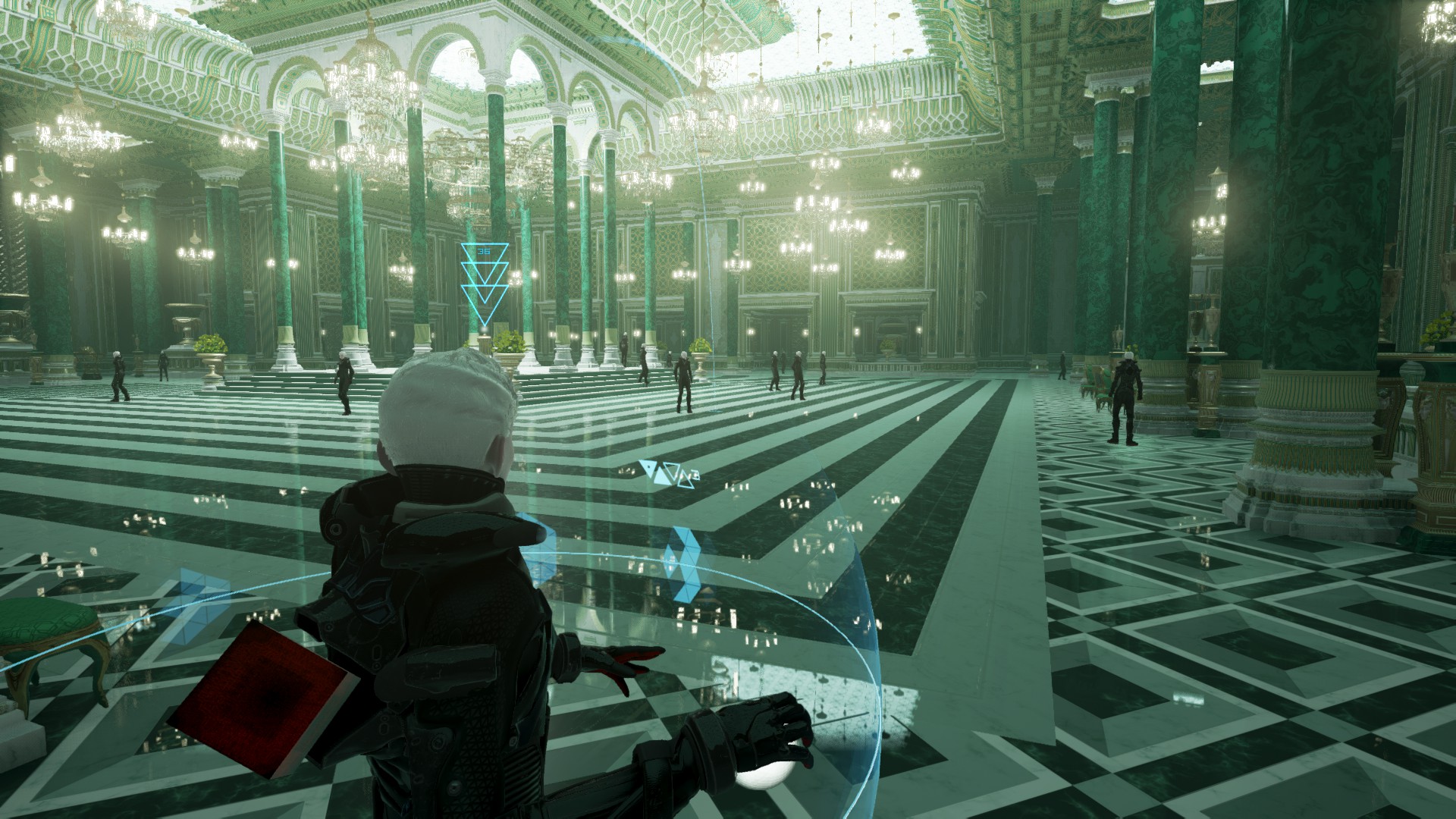 Hey Girls!: Shout and get the attention of 8 Echoes at once

Also done in Chapter 4 level “Ballroom”. Try to alert as little Echoes as possible, and make your way to the middle of the room where the pedestal with the scepter is. Press and hold R for a bit, and En will say the line in the title and alert the Echoes. You can see a video on how to do this here:

We’re getting the band back together: Have Echoes play the harp and piano at the same time.

Can be done in Chapter 4 level “Vitality”. Play the piano and harp on the same light cycle, and wait for the next cycle after the blackout. Some extra distractions might be needed. Here’s a video to do this:

Credits to Jckdnlls Lets Go W/ – [youtube.com]  on YouTube for making video guides for the more complicated achievements. They are the sole commenter on the PlayStation Trophies – [playstationtrophies.org]  achievements page for this game, and you can easily find more videos about this game there.

As I said above, I cannot find a clear and detailed guide for this game, so I made this based on my experiences and what some few people made. Hope it’s easy to understand and helpful for you.

This is all we can share for Guide to getting all achievements for the stealth game – ECHO for today. I hope you enjoy the guide! If you have anything to add to this guide or we forget something please let us know via comment! We check each comment! Don’t forget to check SteamClue.com for MORE!