How to get the achievement Reconquista Who? in Civ V

Reconquista Who? requires you win the Into The Renaissance scenario as the Almohad on Emperor or higher difficulty.


In this scenario you exploit the significant buff to naval unit movement and embarkation.

You will also take advantage of the Camel Archer, the Almohad unique unit.

Embark your swordsman into the Atlantic.


Unlock Commerce& Mercantilism. This will allow you to make discounted purchases.

Build/buy a second catapult embark and send it together with the rest of your army along the coast of North Africa until you get to present day Suez. Disembark and embark again into the Red Sea to get to Mecca.


(You will need to sign Open Borders with Saladin for this with Civil Service).


When your two catapults are in place and set up, declare war on Mecca.

Attack then make peace in the same turn, so your units don’t take damage.


Rinse, repeat until you capture Mecca.


Meanwhile built scouts in your cap.


You may need to send one scout to squat Gibraltar on the European side preventing Spain from settling it.


Patrol your scouts on the North African coast raiding any unescorted Spanish (or European) settlers. 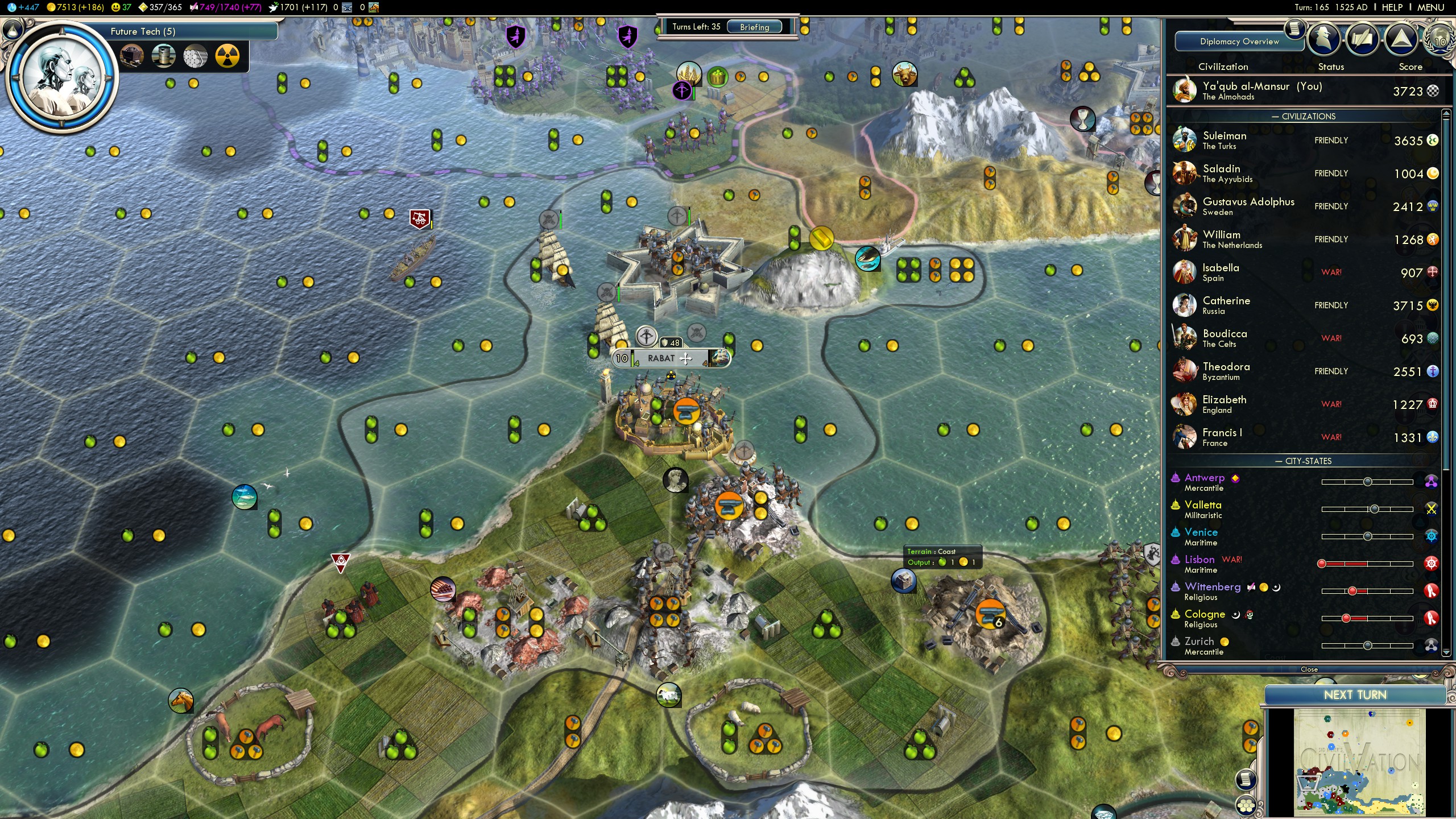 It is essential two things happen in the first act of the game:

If neither of these things happen then re-roll. (The map resources are randomised so you may well get a different outcome).


Buy settlers and settle near coastal North Africa up to Tunisia.


(Apart from Gibraltar I recommend not settling on the coast but rather near coast. In other words, settle up to 3 tiles away from the coast. This is to block Europe settling any coastal cities on North Africa).

Build/buy an army of Camel Archers from your cap.


Your goal is to secure North West Africa and the Western Med.

Avoid any confrontations past Tunisia.


With the Almohad located on the western edge of the map, you have an opportunity to score Exploration VP. Prioritise capturing caravels to send west.


Camel Archers can attack and move in the same turn. This allows them to uniquely attack a city then move away, making any inland city easy VP.

With an army of Camel Archers puppet inland African cities. 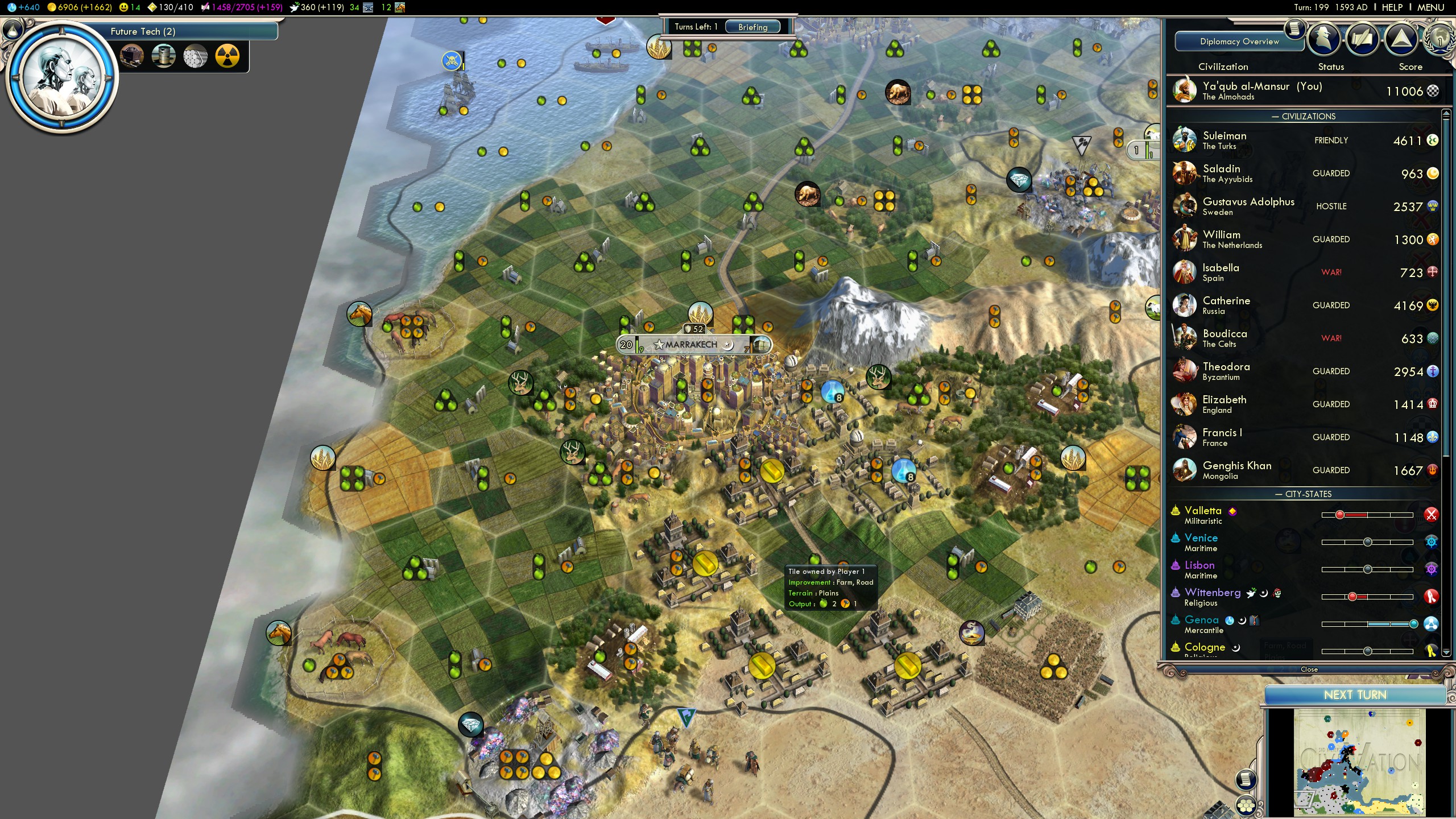 Here we come to an end for the How To Achieve Reconquista Who? – Sid Meier’s Civilization V guide. I hope this guide has helped you with your gameplay. If you have something to add to this guide or believe we forgot some information to add, please let us know via comment! We check each comment manually by approving them!