A guide on all of the intricacies of Purrghast

In a game that features giant boss monsters, incredibly obnoxious land snakes, and count’m TWO challenging trainer fights, Purrghast remains by far the single best thing about Coromon. In this guide, I shall hope to not just make you a fan of it but also allow you to hopefully destroy the competitive scene in ways noone thought was possible

If you want to get this glorious cat in a perfect form, there’s two ways:

Much like every other mon in the game, you can get a perfect one by spending possibly hundreds of hours grinding the bushes. Luckily unlike other more annoying ones you can get the prevo in swarms of both the first and second stages making finding a perfect one less annoying (would reccommend the bushes in pawbury for that).

On the other hand if you’re like me and are super lazy there is an option B to this. Very late into the game you’ll access a snowy village. To the northwest of it there’s a guy in some bushes looking for his own perfect mons, and is willing to give one of his spares in exchange for two potent essences. 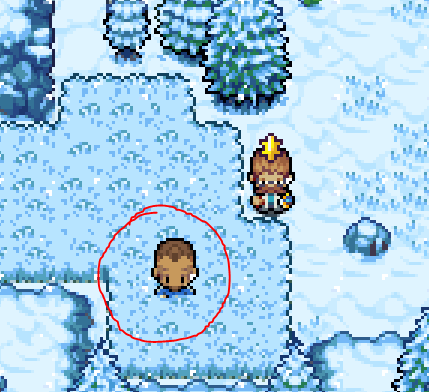 So now you have the cat with perfect potential, time to turn it into a killing machine. For movesets you will want to go with this (will explain why a little later on):

Your go-to move vs bulky tanks that need to be widdled down into “kill range”. While Cat Scratch does way more damage, the lower accuracy makes it extremely risky and thus isn’t reccommended.

The big nuke, and something that can net surprisingly fast kills even with minimal sp-a investment.

One half of what makes this set overpowered, being able to recover decent HP while dropping your opponent’s accuracy will make them rip their hair out.

The other half of it, disabling your opponent’s coverage move then “stalling” with nap and kitty claws allows you to get rid of a vast majority of threats.

A pretty decent option if you want to make this more of a supportive cat (would remove premonition for it). Since you’re going to be stacking a ton of HP anyways it could allow you to give a teammate a new lease on life. That being said you get walled by a lot more things without the main nuking tool.

The piece de resistance and final part of the guide. For points, you’ll want to devote as much into HP and defense as possible. Since Kitty Claws is a really good damaging tool that doesn’t rely on offenses and Premonition has extremely high damage already, investing into offenses is a red herring and doesn’t offer anything. In addition more HP allows for more abuse of ghastly nap/soul swap (if you go that route), making it a much preferred option.


Ability-wise you’re suuuuper limited due to only having two. Tactical Retreat tends to be the preferred option as the HP gained when switching out synergizes with the rest of the build, and is more consistent than a 30% chance of living on 1HP. Plus with how tanky the cat will be, you’ll never really hit a point in which surviving like that is necessary unless the game is already massively out of control.


Item-wise you’ll want to go with revitalizer, for even more HP stacking nonsense. Other items could be useful like mull or juba fruits, but are only reccommended as niche options.

Battles with the cat tend to be dictated by what move you are able to disable. If you’re against a set-up sweeper or a dedicated lead, saving disable for later and using premonition to force an early switch may be a better option than just tossing it out willy nilly. Speaking of which, set-up sweepers pair extremely well with purrghast due to its ability to cripple things and force multiple switches thanks to ghastly nap. Lucky Dugterra deserves special mention as after one streamline and some accuracy help it can become nigh unstoppable.


Ultimately, your success with the cat will entirely depend on whether you can capitalize on its strengths as a nuisance and not as an entire team destroyer. I hope this guide has helped show what a menace the innocent looking ghost cat can be.

Written by Empire of the Fallen

Here we come to an end for the How to Cat Correctly – Coromon guide. I hope this guide has helped you with your gameplay. If you have something to add to this guide or believe we forgot some information to add, please let us know via comment! We check each comment manually by approving them!