Do not be alarmed by my fancy big boi wurds that make up the title of this guide. I am an idiot. I make mistakes all the time that critically cause problems to the production efficiency of my factories, from putting power shards into the incorrect machines because of a temporary difference in production levels, all the way to just wasting materials by building too many production machines. This is a one-stop guide to success. And better yet, even I, world class idiot in Satisfactory, can quite easily follow this easy 3-step process.

Simply put, for step one you want to get a steady and stable power supply. I would recommend coal power because it is relatively simple to install and once you’ve set up the coal and reliable water supplies, it pretty much handles itself. There is only one type of power that I wouldn’t recommend for this, and that is biomatter. Every other power source is ok, but like I said, coal is easiest to implement. It doesn’t matter whether this system is factory-wide, just for one specific part of your factory that produces one certain product, just so long as the power is tried and true and can run indefinitely, thereby freeing you to continue with your improving of your factory, it works for me, and therefore for you. 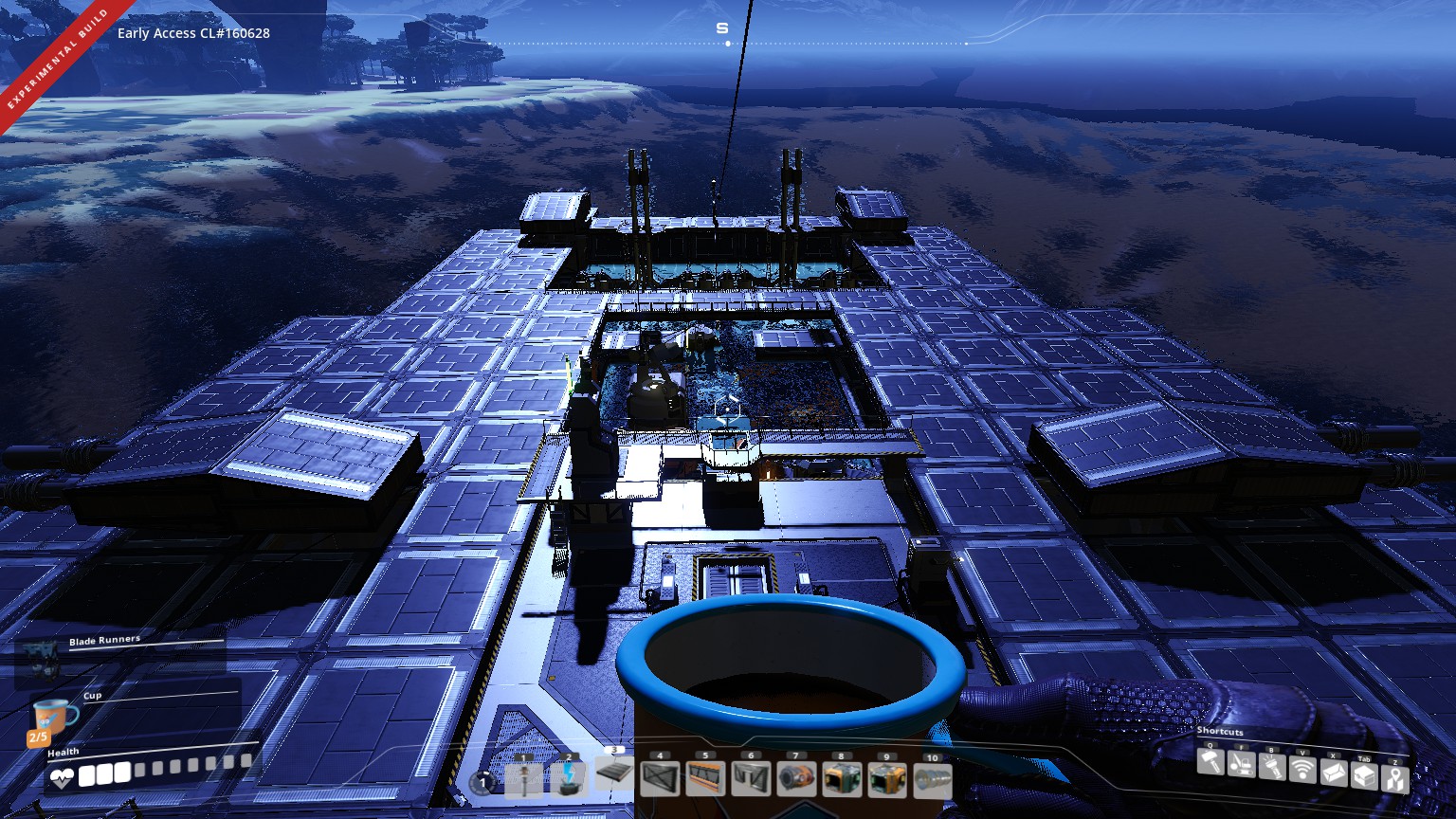 (Image of my Battleship “Engines” which allow the machines that take care of the fuel generators as well as the power lines that let me use my fancy hoverpack to work. A good example of tried and true, these engines took a while to get right, but haven’t failed me since.)

Step two is to get your factory set up. It doesn’t really matter that much how you set up your factory, so I wouldn’t really bother myself with fancy math equations and efficiency checks, but it’s really up to you. My most efficient system so far was the “engines” on the picture of the last step, and they were a pain to implement because I was going for a symmetrical look before I decided not to care after about 5 deconstructions and reconstructions of the whole thing. Like I said, no need to bother yourself with exact quantities because this solution isn’t elegant, just successful. 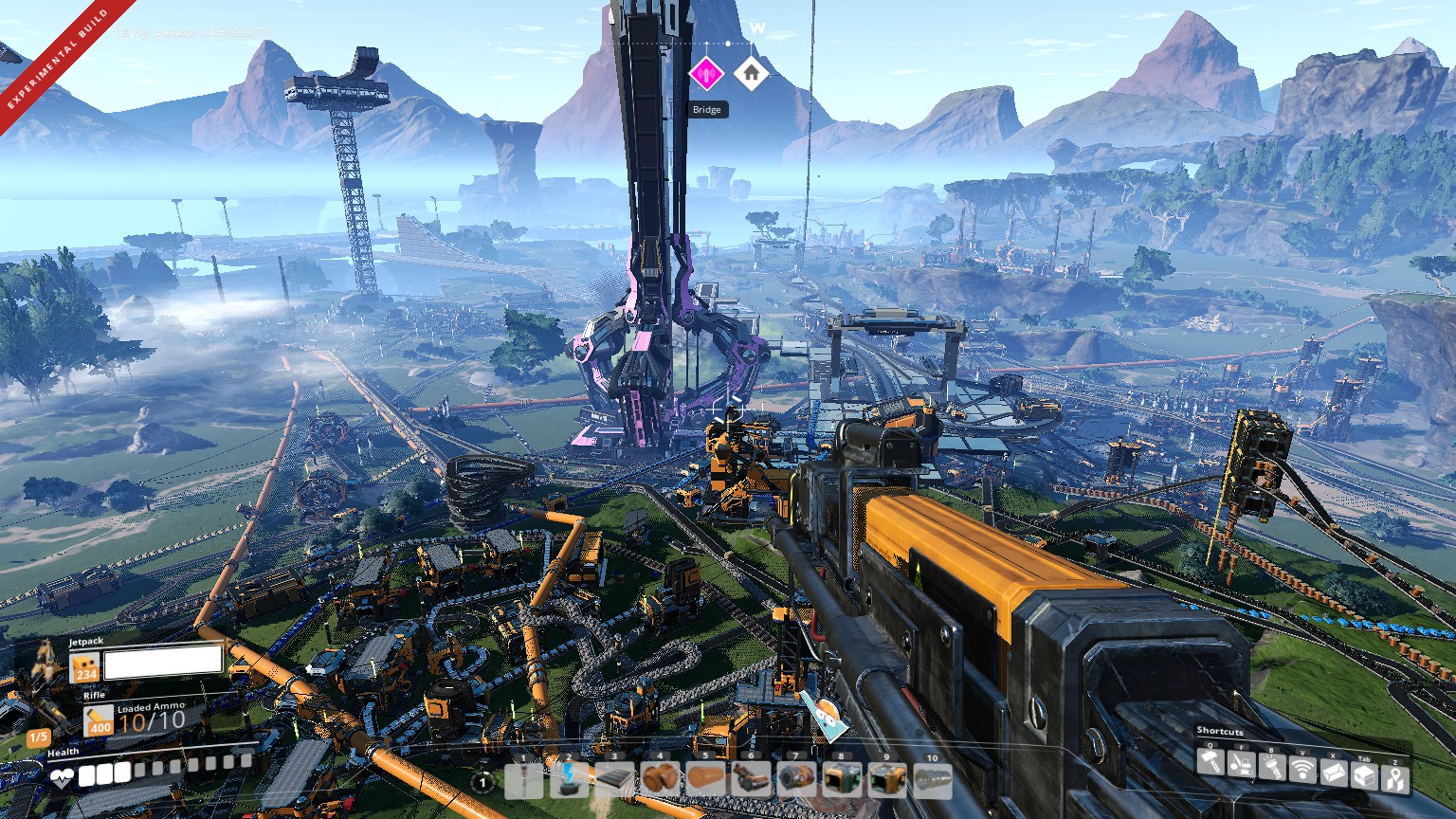 (Image is of my main factory. It’s very obviously not organised or efficient, but despite that it still has an enormous output of everything you could possibly want other than frames per second)

This is the last step to my solution to all disproportions in production. This one is simple, so I’ll give it to you in the most simple fashion I can; one singular word. Here it is: Wait. My recommendations are going to work and leaving your computer on. Turn on your screensaver if you need. Go somewhere, do something, and simply leave your computer on. One of my personal favorites is to go up to the mountain and have a ski day while satisfactory proceeds to pump out resources as slow as it wants. The containers will fill, objects that you have too many of will not be produced because the container is full, the objects that you have too few of will keep producing because their individual containers will not be full. Bingo. Problem solved. Badda bing badda boom. Not only that, but your friends think you have a life because you’re out and about doing stuff. Or you aren’t. Who am I to judge? Anyways, you get the point. I was actually just making this because ficsmas items take wayyy too long to produce and so satisfactory is making me as many Items as I want as I speak. Like I said, this is not an elegant solution, but it works, and you get to have more of a life than the nerds who do complicated math in order to just make as much as possible as fast as possible. After all, you just need to spend your time more wisely. And with that, goodbye. Have fun!

lol did it work? i made this as a joke to amuse myself. it doesn’t make the guide less true though. the only problem is that at the end of the day, you’ve just wasted enough electricity to buy a small African village food for a week. Happy Trails, my friend.

I hope you enjoy the How to Fix Any Logistical Disproportions – Satisfactory guide. This is all for now! If you have something to add to this guide or forget to add some information, please let us know via comment! We check each comment manually!