As Webber without taking any damage from them. So kiting, abusing spiders, and so on. 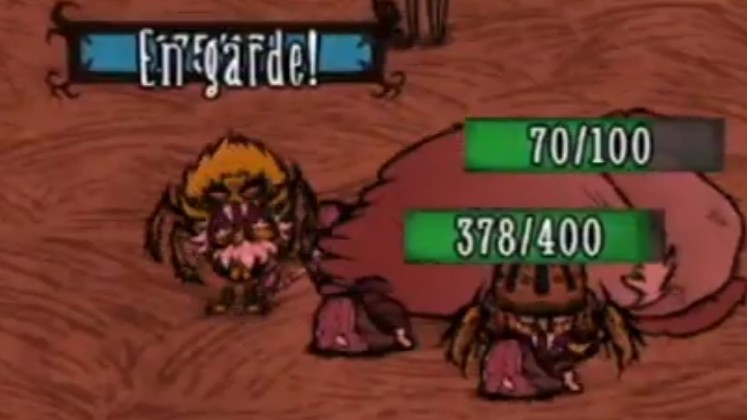 Number one is the most common one: koalaphant!

Honestly you only need one spider warrior for this, so he can help you draw agro so your food wouldn’t get away. After Koalaphant attacks your Warrior, smack it on the head 6 times and quickly run away from it a couple steps back, making it miss, then continue untill it’s dead. After that just play your webby whistle so the spider wouldn’t eat your food, and here you go! 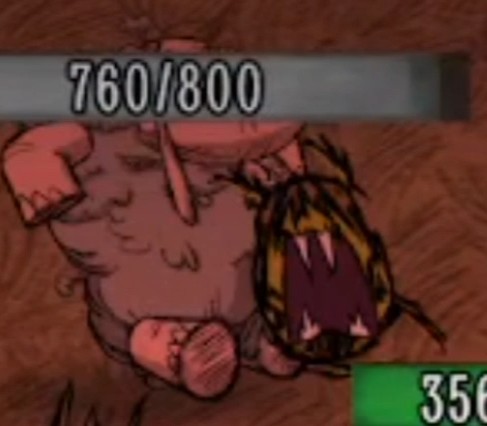 Number two is less common, yet still easy, Ewecus! They are pretty agresive if you come too close, and especially if you hit them, so here is your plan, have at least 2 spider warriors and 4 football helmets. Then, using the boomerang, attack cancel the sheep, making your spiders agresive towards it, while it is being pa*sive to you. Then look as the beasts health is slowly cheeping away. You must however, replace your warriors helmets once their breaks, so if you see that one broke,use the whistle and put on them a new one, then attack cancel again and repeat untill the Ewecus is dead.

Number 3: Dangerous and annoying, Varg! Vargs are tricky but possible, for them you need like 4 spider warriors in helmet, and at least one nurse, also probably with a helmet. Then, once you see a Varg, just attack cancel with the boomer ang, you should also probably have some healing gloup on you in case of emergency to heal your army, plus you can kill the dogs to help your spider friends be less damaged!

If you are unaware, Raid Bosses are bosses that you need to summon, (not dragonfly). They have enormous amounts of health, do huge damage, and are just there if you want a challenge for fun. Believe it or not, there are some Raid Minibosses aswell. And today, I’m going to teach you how to kill them, without getting damaged.

Unlike other Mini bosses we covered in the last chapter, this one has 3500 health, which is three and a half times more than a koalaphant. But to kill them is actually fairly easy. You would just need a couple of spider warriors with helmets, and at least one nurse. You can do it without the need of the nurse, but it’s just nice to keep your army healthy. To kite the big bad is actually very easy. You would just need to quickly dodge it’s first attack, then attack it 3 times, dodge again, and repeat untill dead. You can also befriend the boss by planting some trees, so it will lose agro, but I do not suggest doing so, as it drops living logs which are very important for the shadow manipulator.

But how do you get nurses?

I do not suggest actually killing the moma, but you must lower her health at least by 500 so she can spawn the healing spiders, then just wait for the agro to draw off and befriend the nurses. But how do you damage her highness? It’s actually pretty easy, just attack her once, then dodge, then hit her 2 to 3 times, and dodge again, once she starts giving birth, you can hit her 3 or 4 more times for free, once she spanws the spider, just either kill it or wait for it’s agro to draw off and befriend it.

I do not suggest killing her because first: she makes infinite army for you.

Second: it’s gonna take to long, as each nurse health her for 150 health, so it might take too long if you are not tanking, which we are not.

Pretty easy in my opinion. Just get a ton of striders, give them all helmets, and then using the old boomerang and trick, make them attack the huge bird. Now just watch as a bunch of mouths eat the poor flying monster.

This one is actually fairly tricky. You would need at least 4 warriors, all with helmets, and 2 nurses, also with armour. Then just make the spiders kill the boss, while you take care of the eggs. Still, watch out for the eye it self, as it can still target you. And if someone in your army has died, don’t worry. You’ll have a whole day after the night fight to get your army back together.

Seasonal Bosses also count as mini bosses as their health is just barely over 5000.

Deerclops is fairly dangerous for your little army as he can freeze them, and his attack affects all of them in the same time. So, how do you kill him without tanking? Just make your spiders tank him! As always, place down one or two campfires, and have 4 to 5 spitters in armour and 2 nurses. Then just watch as your spiders kill the beast. But remember, your spiders need to be right next to the campfires, so that they can unfreeze fastly.

Big Mama bird is fairly easy to beat, as you will only need 4 armoured warriors, and 1 or 2 nurses. As the chicken attacks aren’t an area attack, your spiders will survive the longest. Just remember to put armour on them once their breaks, and you might even helm them by hitting the bird once and dodging, and repeat until the chicken is fried.

Ah, the queen of summer. Surprisingly, she is much easier than summer itself. For her you just need some armoured spider warriors, and a few nurses as always. Just Boomerang cancel attack her and watch her melt. Yet I would suggest you have some healing gloup, just In case.

Just don’t. Don’t use spiders on him, it’s not worth it. Just hit him once, dodge, then hit 3 times, dodge, and repeat until dead.

If you have anymore bosses you want to learn how to kill with Webber, damage less, tell me in the comments! 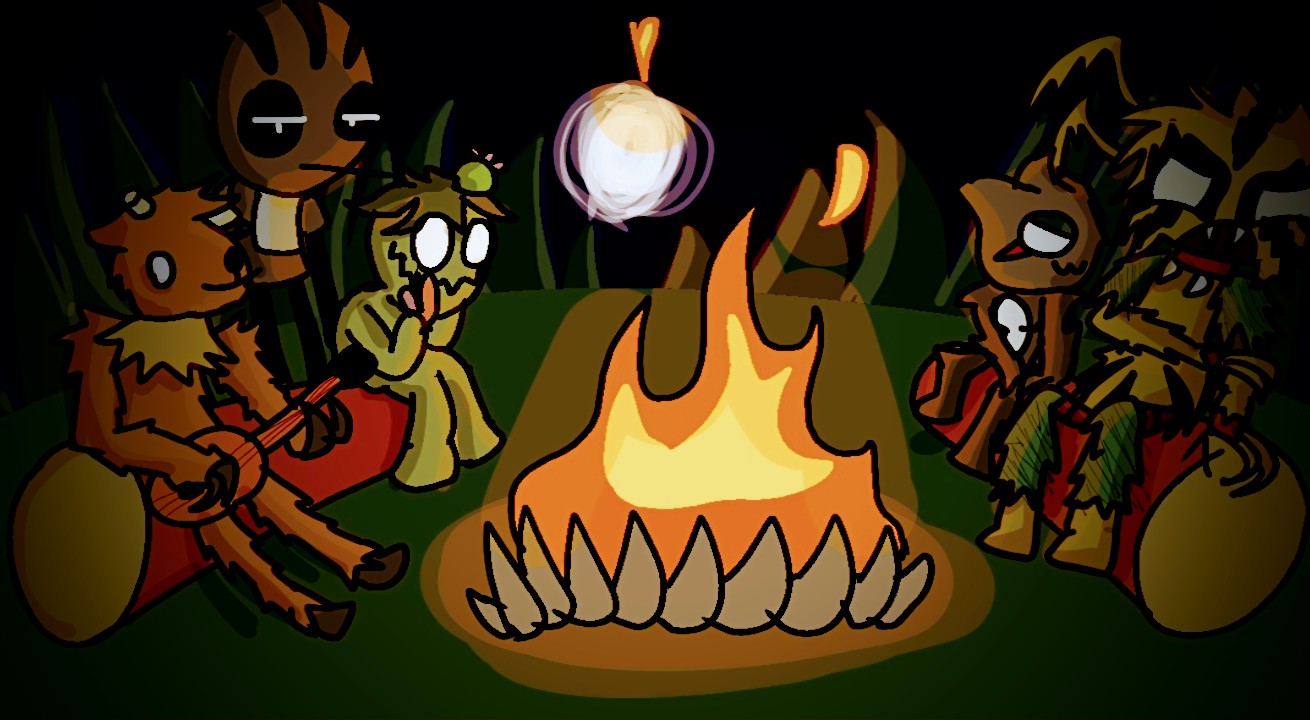 This is all we can share for How to kill all minibosses as Webber without taking any damage – Don’t Starve Together for today. I hope you enjoy the guide! If you have anything to add to this guide or we forget something please let us know via comment! We check each comment! Don’t forget to check SteamClue.com for MORE!