A guide on how to obtain all 22 achievements in Mega Man X DiVE.

In Mega Man X DiVE, there are 22 achievements to collect. This guide will detail the best strategies to obtain all of them. It is important to note that while this is a gacha game, it is entirely possible to get all 22 achievements without spending a dime, though your journey may be easier if you spend money depending on what you get from the gacha. 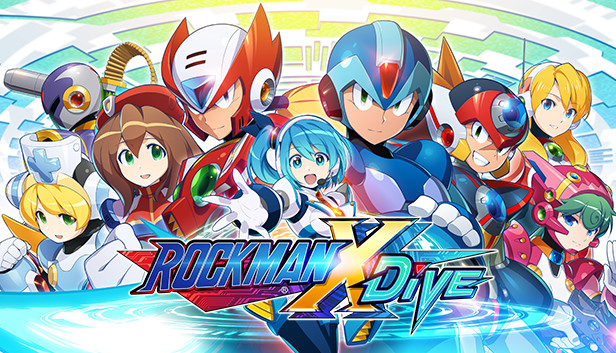 
Power Level: For Story Mode, the player is expected to have a certain power level in order to beat each stage, but it is not necessary to have said power level. Do be warned that when you start falling far below the power level (especially under 100K), you start doing very little damage to enemies and die in a few hits, so it is recommended that you try to stay at least somewhat close to that power level.


Hard Mode: Starting after 3-6, the player will be required to beat Hard Mode levels of some previous stages after every world. For example, after 3-6, players must complete 1-1 through 1-6 on hard mode before moving onto 5-1. After beating 4-6, players must beat 2-1 through 2-6 on Hard Mode, and so on. The last Hard Mode level required for the achievements is 12-6. The layouts are identical, but the enemies are stronger, driving up the recommended power level.


Coming to Steam! – Play the game on Steam


You will receive this achievement as soon as you create your account and start the tutorial.


Based on the introduction stage of Mega Man X, you must beat Maoh the Giant in 1-6. Recommended Power Level: 1940


Based on Armored Armadillo’s Stage in Mega Man X, you must beat Mega Scorpio in 2-6. Recommended Power Level: 3182


Based on Flame Mammoth’s Stage in Mega Man X, you must beat Rangda Bangda W in 3-6. Recommended Power Level: 6086


Based on Storm Owl’s Stage in Mega Man X4, you must beat Chill Penguin in 4-6. Recommended Power Level: 24340


Based on Storm Eagle’s Stage in Mega Man X, you must beat Goliath in 5-6. Recommended Power Level: 58588


Based on Aeolus’s Stage from Mega Man ZX Advent, you must beat Overdrive Ostrich in 6-6. Recommended Power Level: 104794


Based on the introduction area of Mega Man ZX, you must beat Sting Chameleon in 7-6. Recommended Power Level: 173459


Based on Split Mushroom’s Stage in Mega Man X4, you must beat the Yellow Devil in 14-6. Recommended Power Level: 597212


Based on Volt Kraken’s Stage from Mega Man X5, you must beat Byte (with Gravity Gear) in 15-6. Recommended Power Level: 656022. 15-6 is the final Story Mode level required to get every achievement in this game.

Fight Together – Complete a Co-op stage


You unlock Co-Op Mode at Level 20, at which point you must complete Level 1-1 of Co-Op (The Floating Ruins from Mega Man ZX Advent). Contrary to the name, you don’t actually need a partner to play, but do note that it will be significantly harder as the enemies and their damage output are scaled to expect two players. If possible, find a partner on the r/megaman Discord server or elsewhere to obtain this achievement.


You unlock Ranked Match at Level 25, it’s found under “Arena”, then Ranked Match. This is the only achievement that requires a second player, as you’ll need to beat one opponent in a ranked match. For this reason, it is highly recommended that you choose the X or Zero servers when creating your account as they are the most active. Because you’ll start at D Rank, you may have great difficulty finding an opponent as the lower ranks tend to be dead. Even then, it can be tough to beat an opponent who is using notoriously difficult characters to counter. If you choose Zero server, message OneOneTwo on Discord or Steam who will forfeit a ranked match for you to help earn this achievement.


Throughout each level, you will find a certain number of purple orbs called Deep Elements, collect one of these to get the achievement.


Collecting 100 Deep Elements sounds a lot harder than it actually is. There are usually 2 or 3 Deep Elements per stage and well over 150 stages. As long as you’re finding some of the Deep Elements in each stage you should be able to get this achievement before you reach the final required Story Mode level, 15-6.


You unlock Race Mode at Level 45. It is found under DiVE, then Challenge. You must obtain an A Rank in the Race Mode (Challenge). The level itself changes every day, but you can attempt it an unlimited amount of times. Try to move as quickly as possible to obtain this achievement (it potentially stacks with The Star of Godly Speed).


Same as The Star of Extreme Speed, but now you must obtain an S Rank instead. Move fast and try to destroy the boss as quickly as possible. Don’t be afraid to damage boost as long as you can stay alive.

Here we come to an end for the How to obtain all 22 achievements – Mega Man X DiVE guide. I hope this guide has helped you with your gameplay. If you have something to add to this guide or believe we forgot some information to add, please let us know via comment! We check each comment manually by approving them!