Bored of plainly popping bloons and looking for a challenge? This guide will help you to become the chad monkey general who dominates the game in mastery mode.

First things first, you should be aware that completing Mastery mode will not award you with either in-game or steam achievements. You should be doing this only for fun and nothing else. However since the rewards are doubled in Mastery mode you might find the challenge tempting as Impoppable difficulty in Expert maps yield a whopping 4800 monkey money in a single go, should you manage to win.


Needless to say, this mode is not for beginners and you better have some upgrades done in the monkey laboratory. My foremost suggestion is starting cash since getting a banana farm as early as possible plays a crucial role in defeating Mastery mode. If you manage to max out starting cash along with the double cash upgrade, you will begin with 2100 money, which will grant you an immediate banana farm at the beginning. 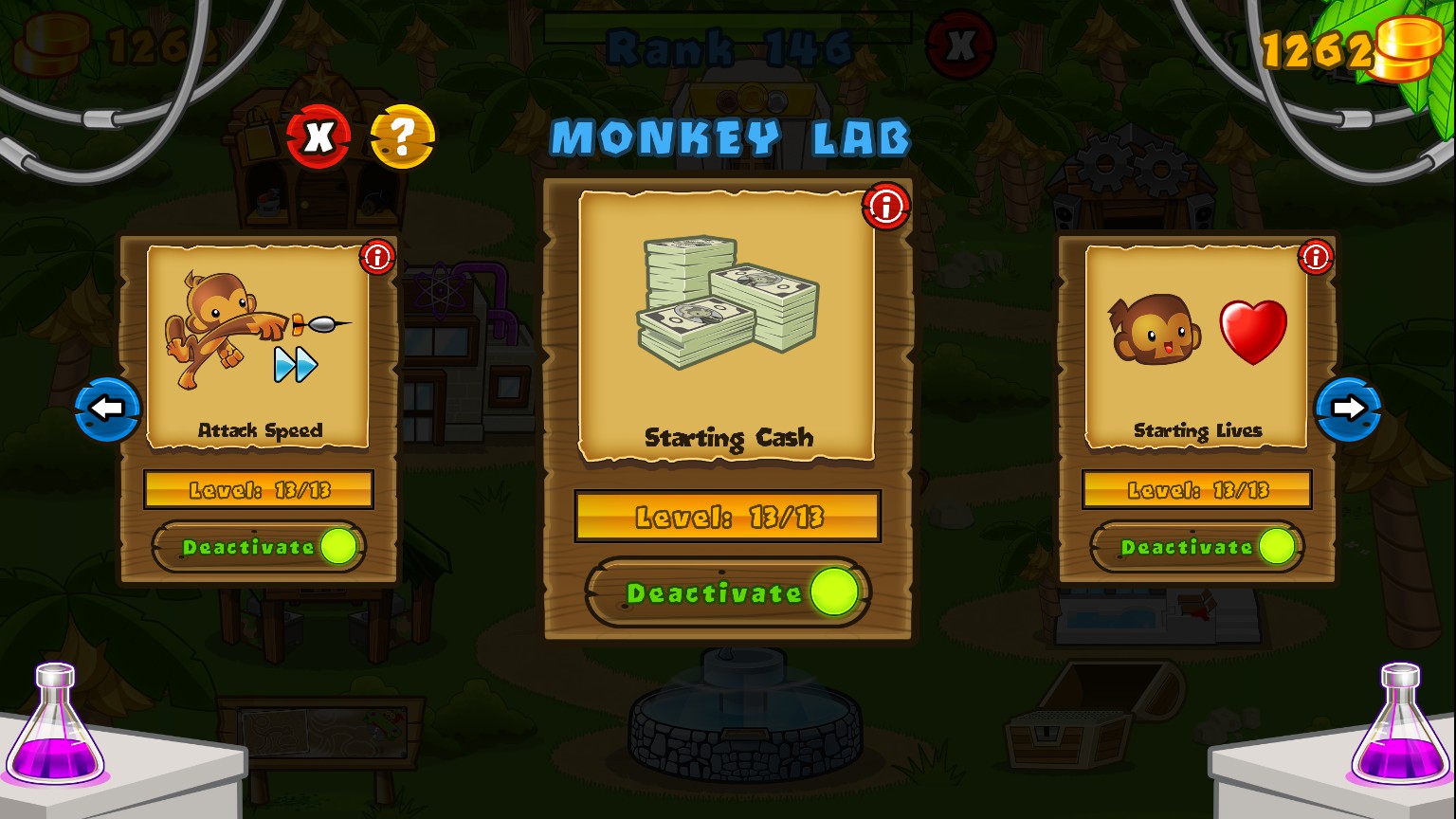 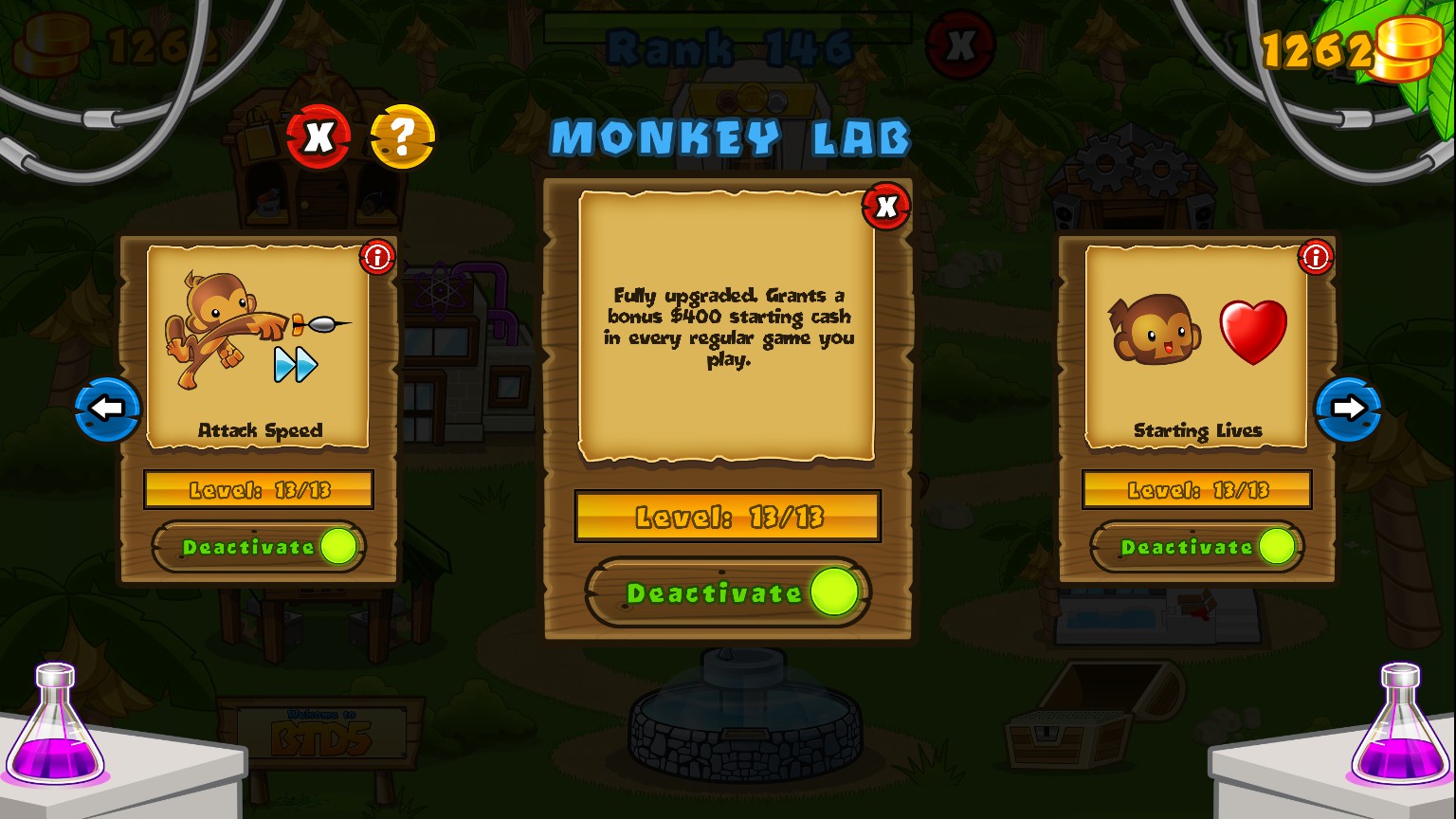 It is generally not favoured for bloons to attack from many wide angles, not just because some towers with slow tracking miss and lose time over the course, but it also makes it difficult to make quick moves. My advice would be to choose maps with a single or very close bloon tracks for your first trials. It means that you actually can beat some Advanced and Expert maps even without complete Monkey Upgrades.


One trick is to use the Reverse Track option to obtain a more favourable bloon location. Take the Advanced map of Water Hazard for instance. 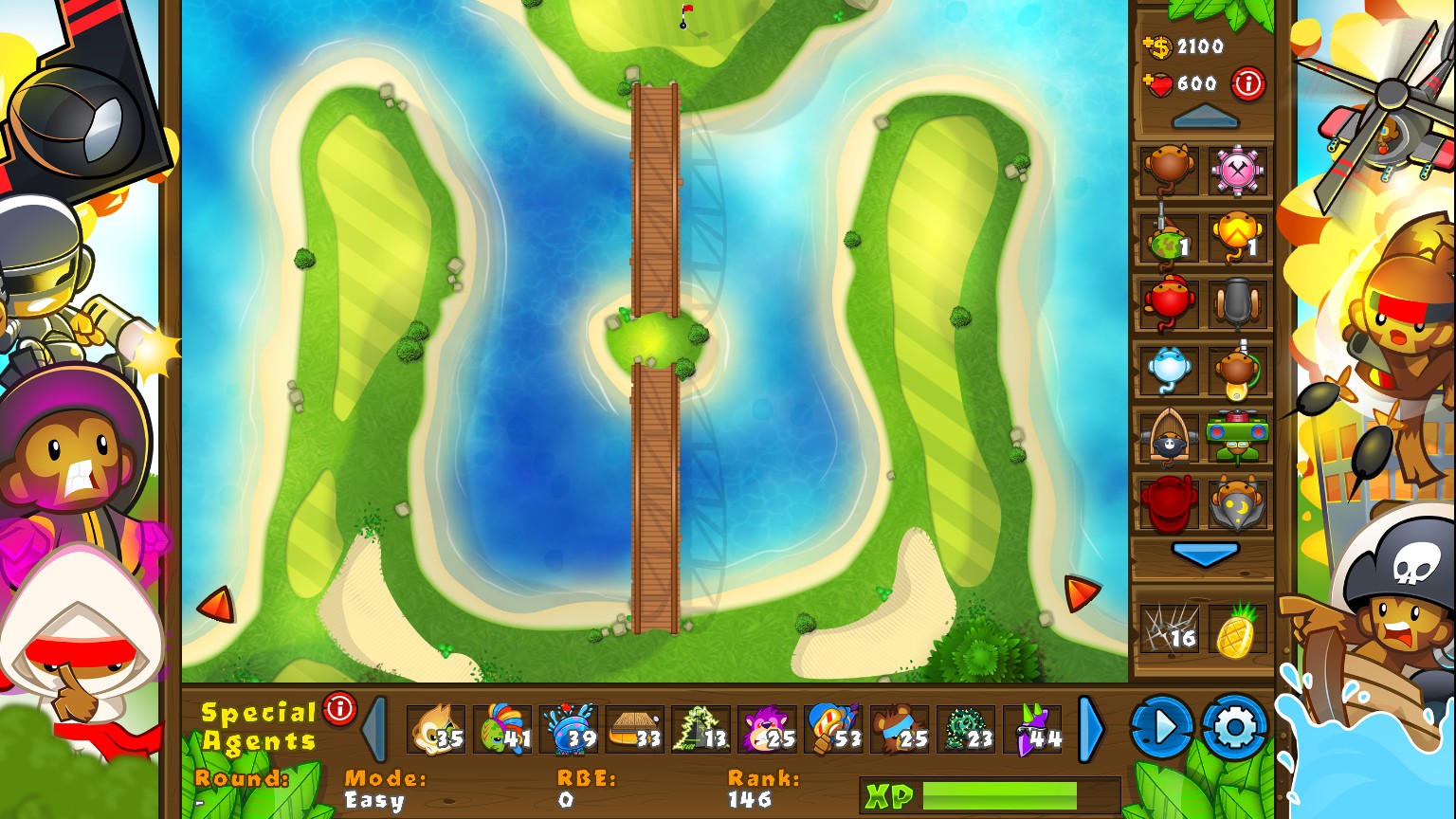 This map contains two totally separated bloon tracks that come very closer near the end of the map. It is not impossible to beat without giving a fair amount of effort, however, you would need to either split your forces or concentrate them further from the initial spawn points of bloons. It is not enjoyable to deal with such a case, especially in Mastery mode. You will want to have enough room to make a move if bloons manage to make a run for it. 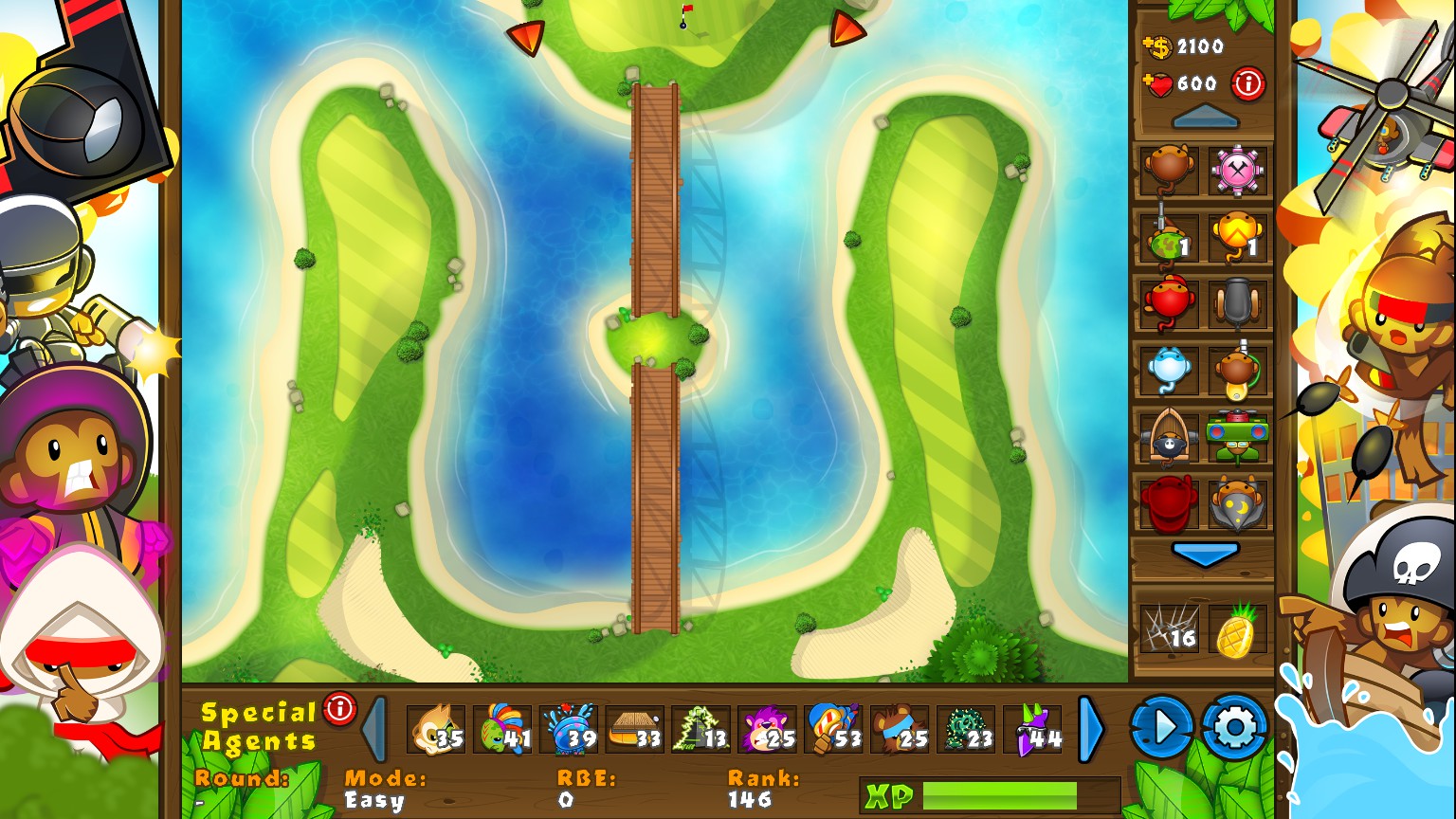 Using the Reverse option helps a lot in putting bloons tighter and easier to track. This does not work on all maps and Reverse sometimes works in the opposite way, separating bloons instead. 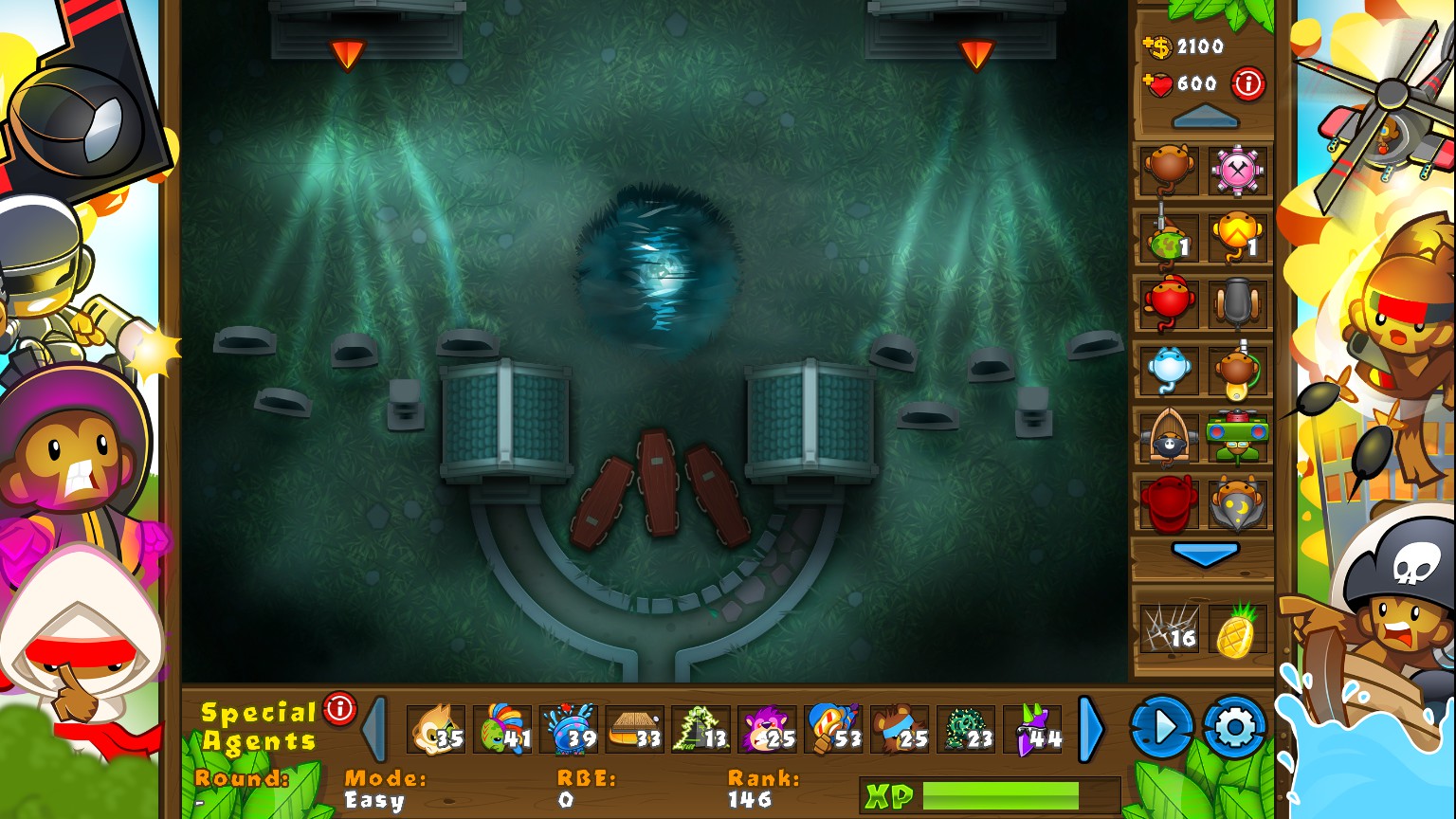 Crypt Keeper is one such map and the Reverse mode is advised to be used in easy mode only.

The first lead bloon arrives at round 22, and the first camo bloon appears at round 24. Therefore you have 22 rounds to get ready for some specific bloon types. You are free to choose whatever tower seems fit. Only, I advise you to take advantage of the sharpness oriented towers until lead arrive as they are generally cheaper. 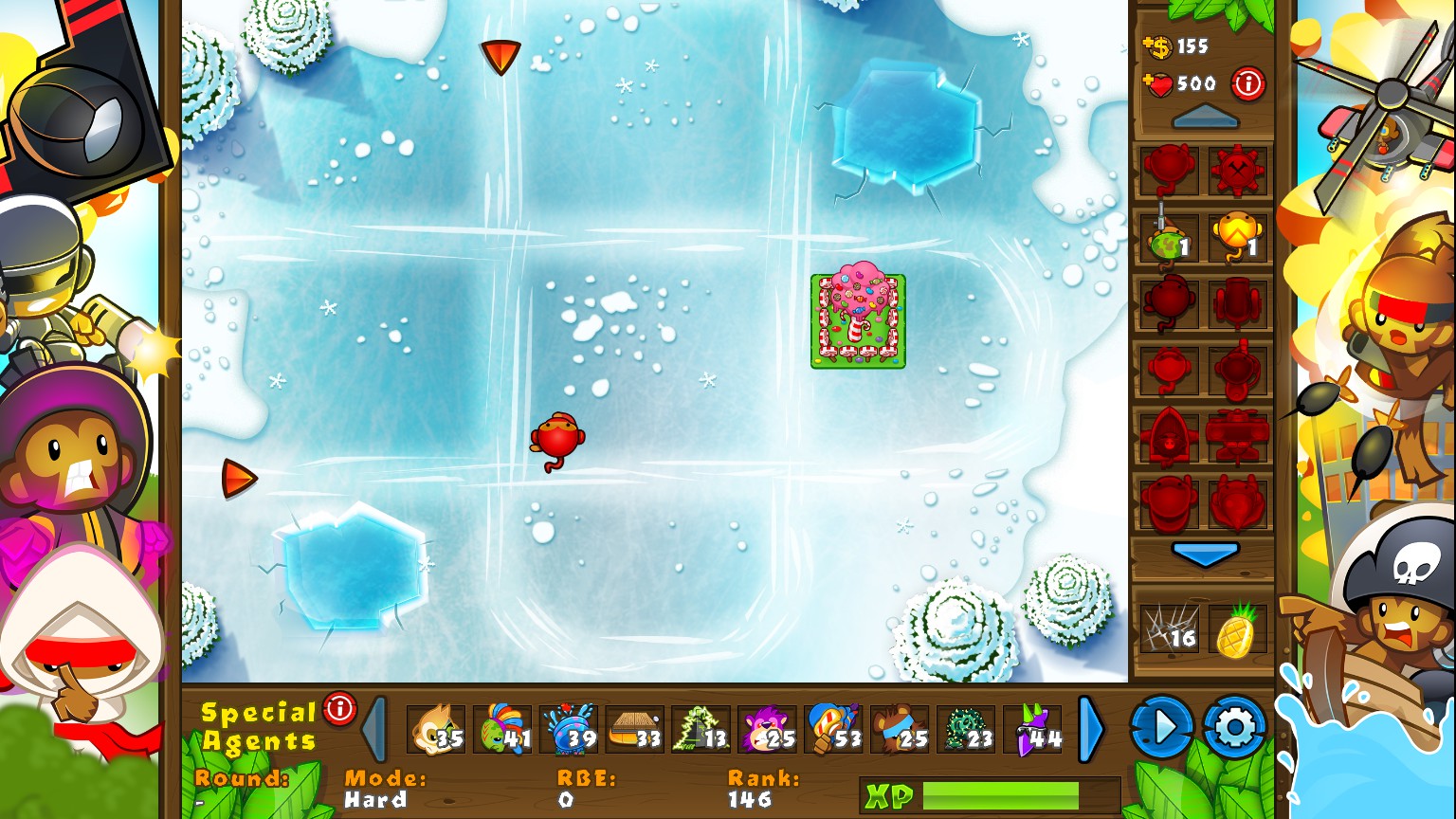 As said before, you will most likely need banana farms to acquire the necessary finances. The difficulty in Mastery mode increases similar to that of an exponential function and there are many jail rounds that will mow all your efforts if not well-prepared. 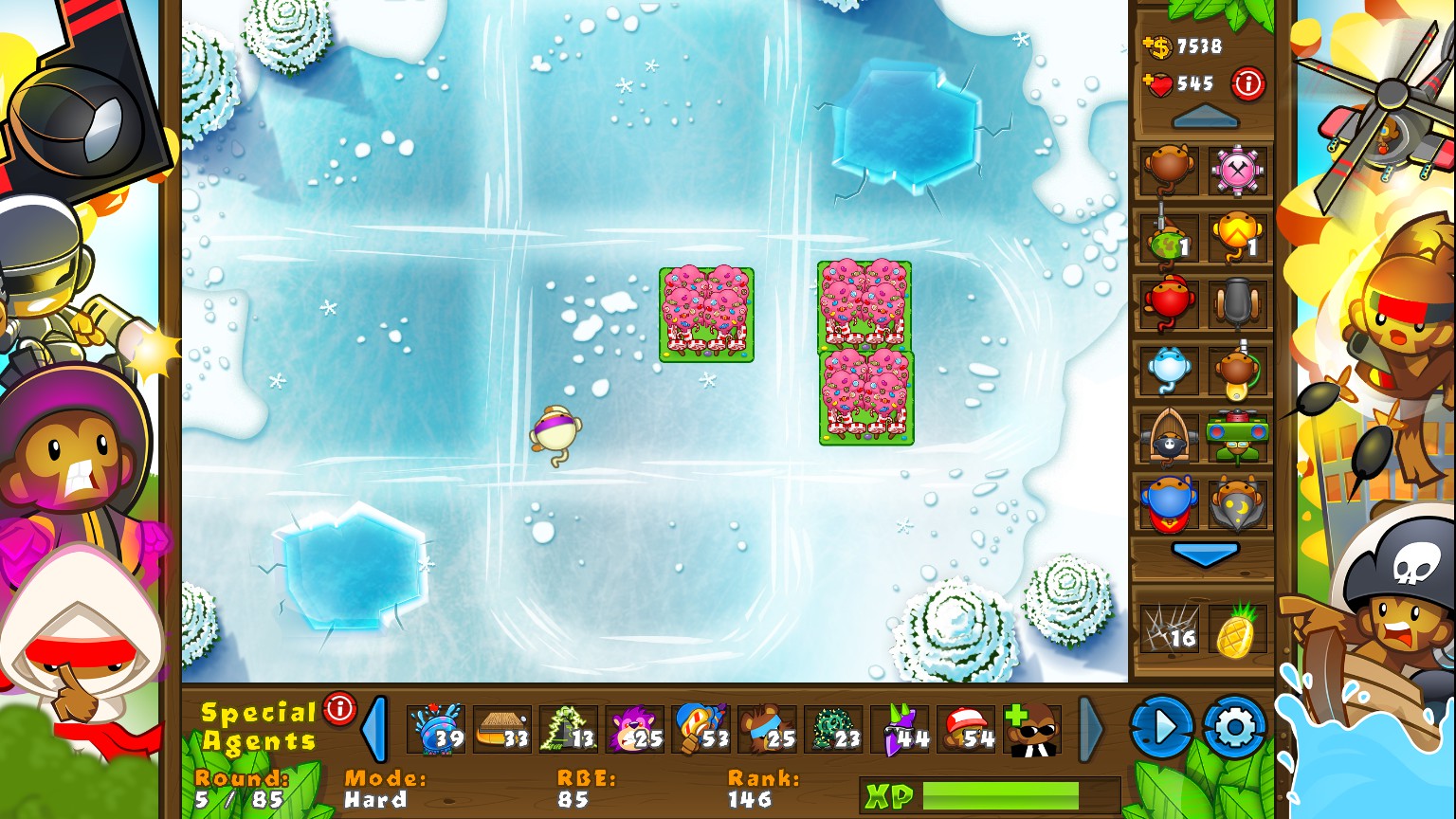 A useful trick on Banana Farm


The Banana Farms produce the same amount of products regardless of the in-round changes. Therefore if you upgrade a Banana Republic to a Banana Research Facility at the very beginning of the round, you are going to get 13 crates of banana for that round. If you have Sell Price upgraded to a decent level, you can sell your facility, buy a republic, start the round, upgrade it to the facility again, and repeat the whole process. You should stay focused though since as mentioned before, there are unpredictable difficulty spikes that can catch you off-guard. 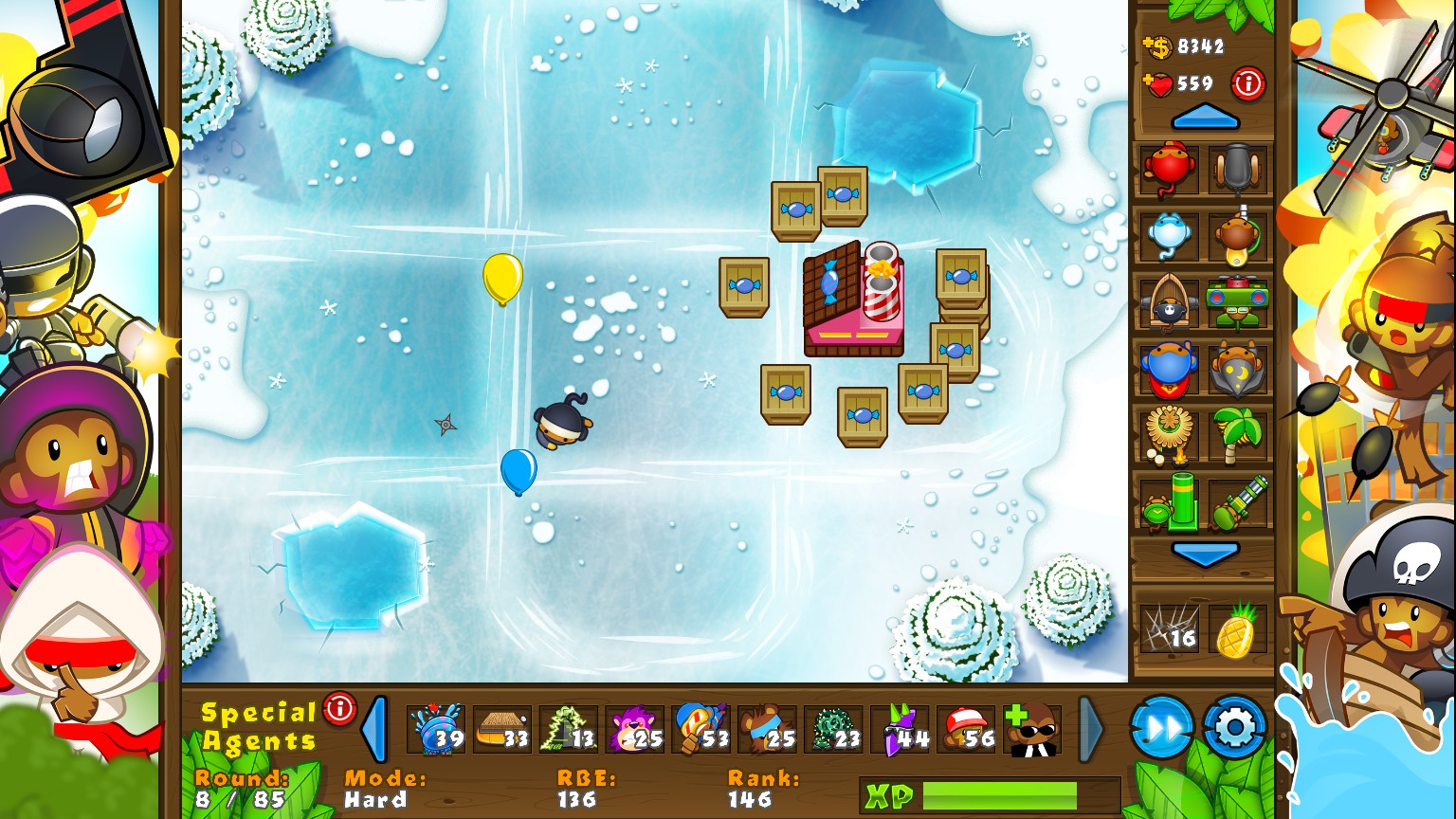 Apart from Banana Farms, the first MOAB shows up in round 40, the BFB and ZOMG appear in rounds 46 and 60 respectively. 4-X Bloonchippers are especially useful in protecting your flourishing towers from bloons in these rounds. Be careful not to build up your MOAB popping power solely using Bloonchippers since MOAB rush rounds can be deadly dangerous and overwhelm your Bloonchippers.


This part of the game is the one that requires the most attention. There may be cases where you could readily defeat a round and be demolished in the very next. Stay sharp and have your Super Monkey Storms ready just in case.


Again, if you have a decent level in Sell Price upgrade, you can skill-abuse by quickly selling and rebuying towers with useful skills. Ground Zero of Monkey Ace, Spike Storm of Spike Factory, Artillery Battery of Mortar Tower come in especially handy since they act in an immediate fashion. Do NOT get greedy. If necessary, sacrifice your towers which you can replace a round later.

Congratulations on getting this far already. If you have managed to survive here, you will most likely win. You can apply any reasonable strategy in line with your experience of the game. There are only a few things to be careful of here.


Do not upgrade a Sun God to Temple without upgrades. Except for the range, its popping power will increase only slightly. 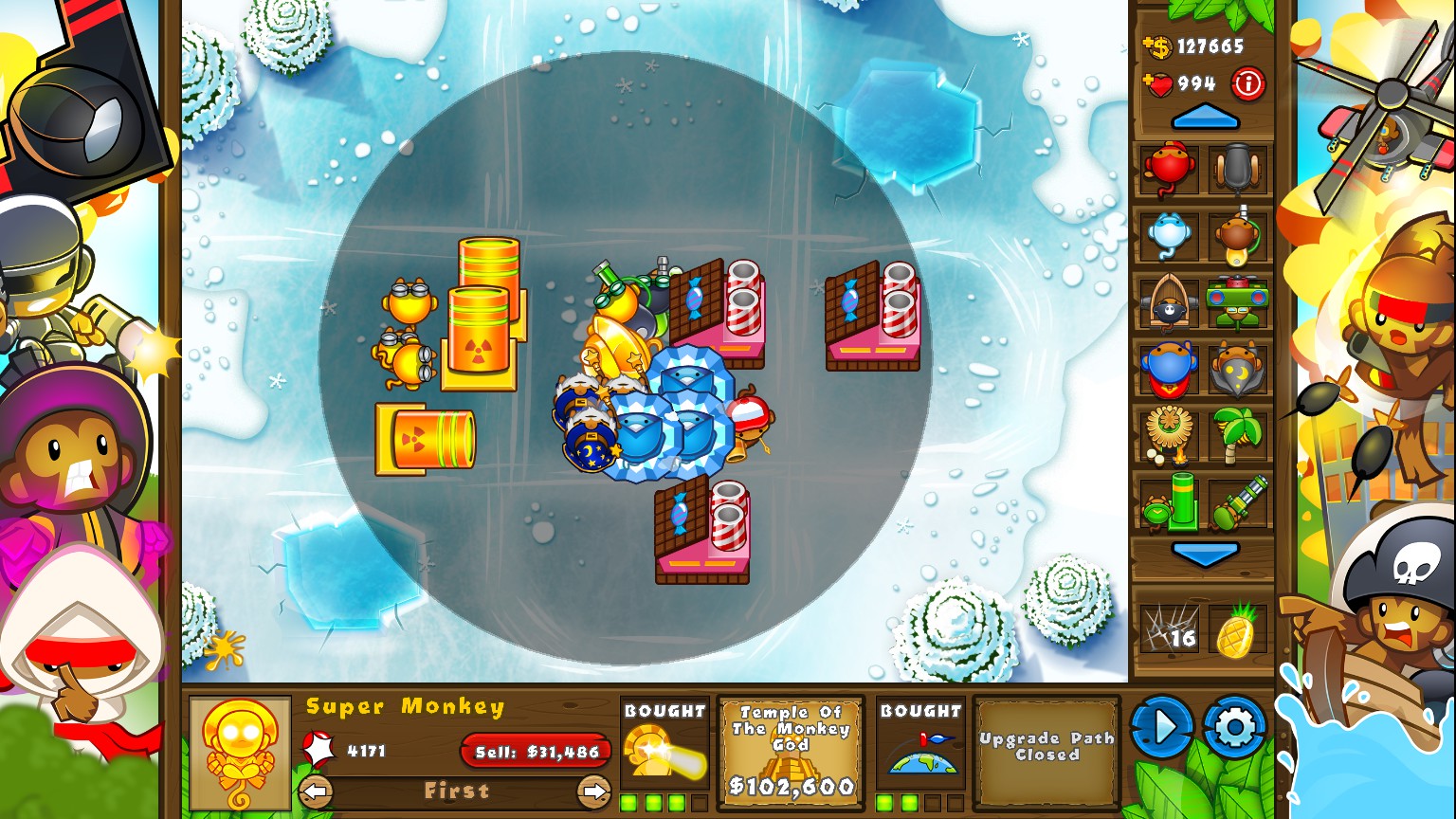 If the angle between bloon tracks is too wide, try to align your towers with them. Spectre or even Sun God can fail to track some high-speed bloons. 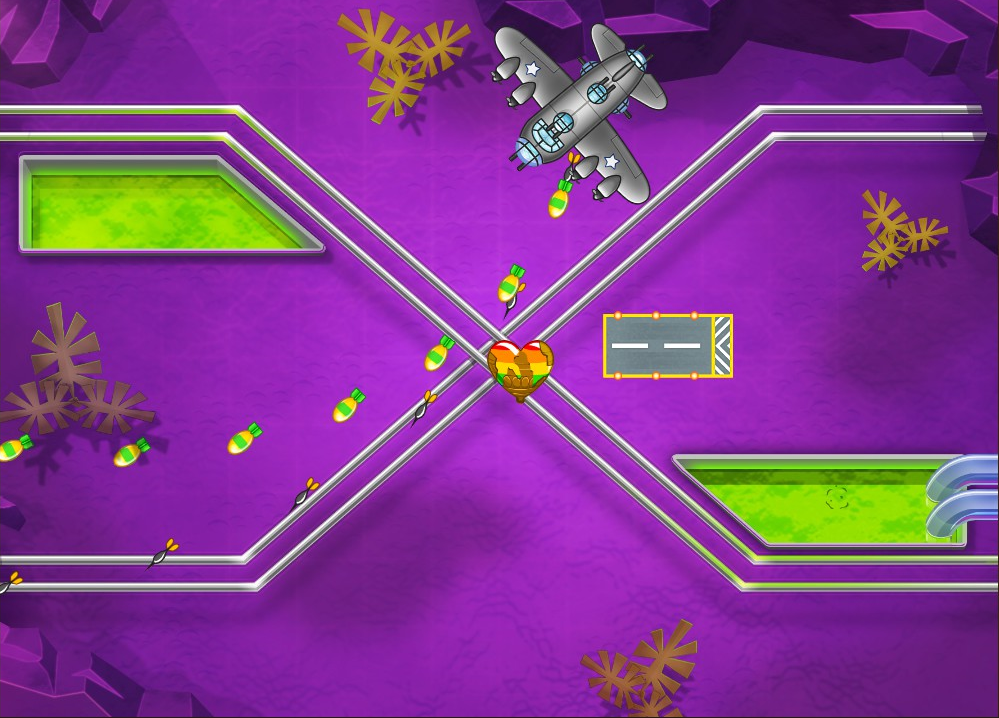 Aside from these, you are on your own at this rate.

Would you look at that, you have done it! Now you are on your way to become the chaddest general of all Monkeys! Spend your money wisely and become stronger. 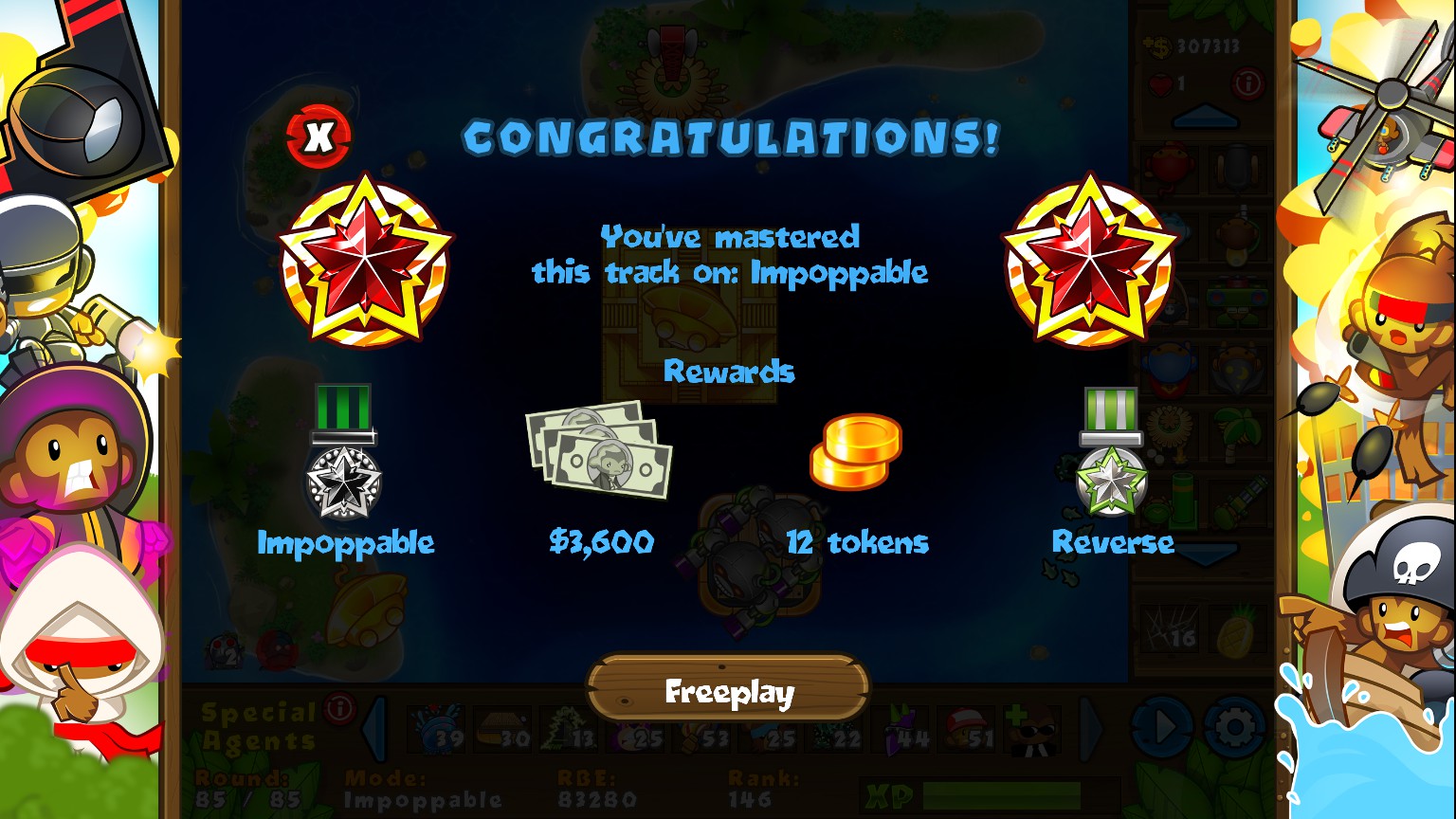 This is all we can share for Mastery Guide – Bloons TD5 for today. I hope you enjoy the guide! If you have anything to add to this guide or we forget something please let us know via comment! We check each comment! Don’t forget to check SteamClue.com for MORE!