I’ve seen new players ask a few times how to get better at Open Lock and Disarm Trap, and also the Profession and Craft skills. It’s not part of the SRD/OGL, which Low Magic Age is based on, so even if you know that system it’s not something that you’d be familiar with.


At a high-level these skills are special in that you don’t get proficiency with them as soon as you a*sign skill points to them. Instead, when you a*sign skills points that only defines your maximum skill with them.


In order to actually increase your odds of successfully handling traps, opening locks, gathering resources, and making items you need to keep using those skills. When you do so you gain “Proficiency Points” which are like experience points but for just that skill. Once you have enough Proficiency Points in that skill your actual skill will “level up”.

Low Magic Age is based on the D&D 3.5e open-source rules, which have a Skill Point system. As a character levels up you get skill points which you a*sign into their skills.


The game doesn’t immediately guide you to a*signing skill points. Instead, you have to go to the lower right-hand corner of the screen and click on the button that looks like someone juggling colorful balls. 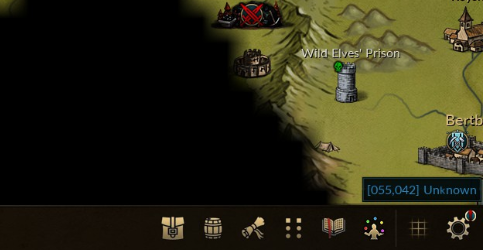 When you do so you’ll see a window with three columns:

At the start of the game only Rogue characters have the Disable Device and Open Lock skill. But these skills plus the resource gathering Profession skills as well as the item creation Craft skills can be learned later on.


In this example I will select my rogue character and then increase the skill points I have in the Disable Device skill: 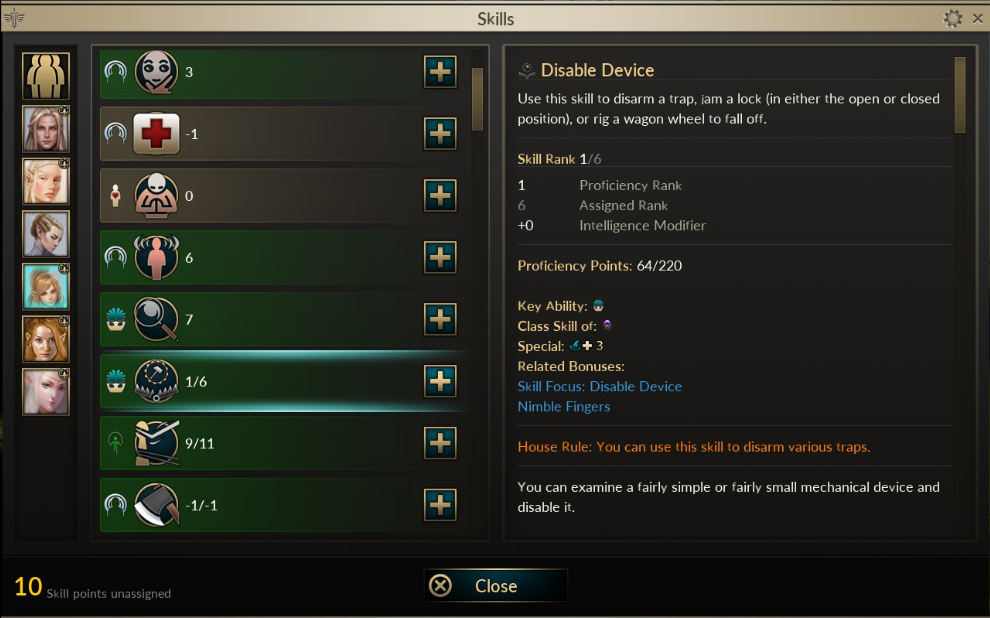 You can see that my rating is 1/6. That means that my actual skill is 1, but my maximum skill is 6. If I click on the + sign to the right I will only be increasing this character’s maximum skill. To increase my actual skill I will need to have that character repeatedly practice that skill. More on this later.

Some skills, including these special skills that need to be practice in order to actually gain aptitude with them, allow more than 1 person to contribute.


There is always a main character, and then up to 2 helpers. The main character should be the one that has the highest actual skill rating, since their roll + modifiers will determine the base score. This base score can then be improved by 2 points for each character that successfully aids.


You can see which characters are currently configured for each skill by clicking on the special “all characters” button at the top of the left-hand column: 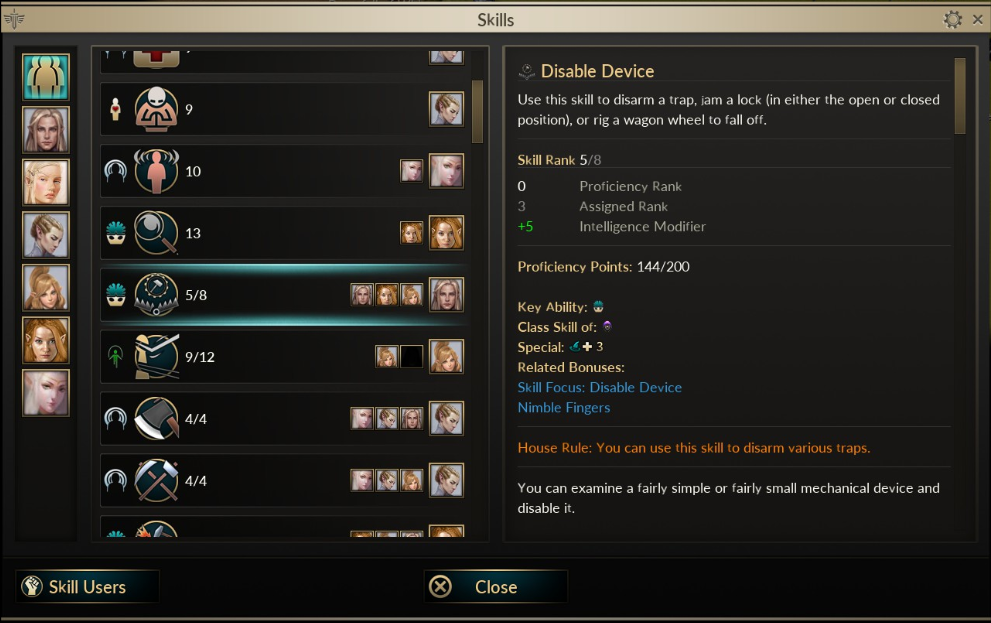 In this example you can see that I have 3 characters set up for the Disable Device skill, and that my main character is 5/8. This means that my actual modifier is +5 to my attempt to disable a device, and my maximum modifier is +8 if this character was fully proficient in the skill.


Click on the “Skill Users” button in the lower left-hand corner to a*sign the main character and the helpers: 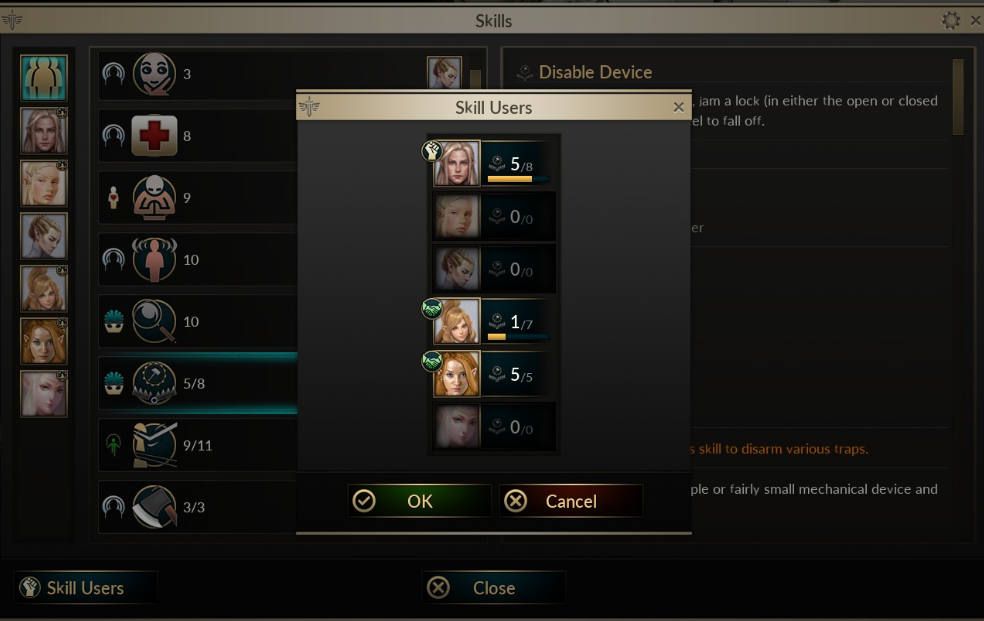 
Let’s see how to use this in the next section.

As mentioned earlier you increase your actual skill by repeatedly using that skill. Every time that you use a skill you get a certain number of Proficiency Points. 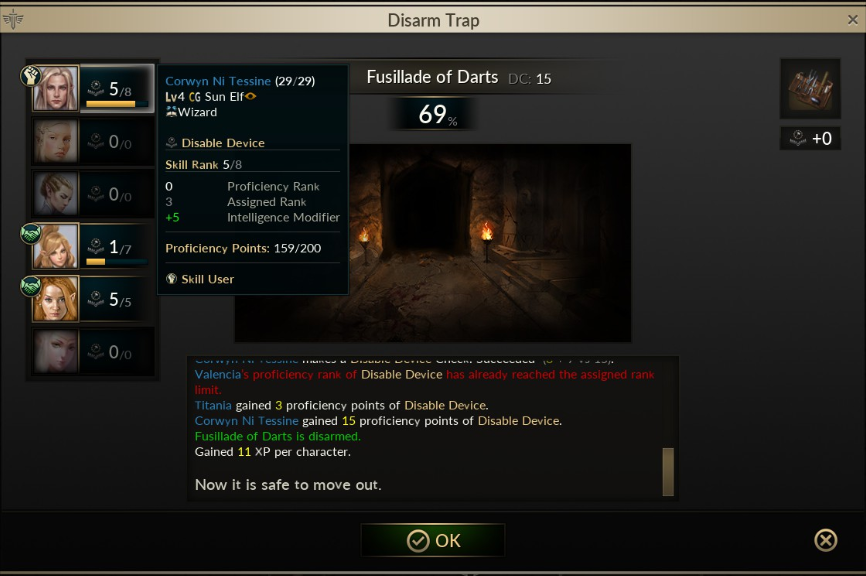 In this image you can see in the text of the middle section that:

You’ll also notice that my other helper did not gain any proficiency points. That’s because she has already reached her max at 5/5.


After enough proficiency points are earned you’ll level up that skill’s actual rank. In the left-hand column you can see a yellow progress bar under each character that participated. My main character, with the yellow fist icon, is very close to increasing his actual rank with this skill.


By looking at the details view in the hover window you can also see that he has 159/200 proficiency points. Once he reaches 200 skill points he will level up his rank with that skill.


And there you have it, everything needed to understand how to increase your aptitude with these special skills!

This is all we can share for Mini-Guide for Skills with Proficiency Points (Disarm Traps, Gathering, and Item Creation skills) – Low Magic Age for today. I hope you enjoy the guide! If you have anything to add to this guide or we forget something please let us know via comment! We check each comment! Don’t forget to check SteamClue.com for MORE!