This guide will teach you how to use the Self Variable plugin from Hakuen Studio.

The main difference of this self variable plugin to the others, is that this one is totally integrated with the event commands.

Meaning you can use it just like you use the normal variables, without using any script call or plugin command.

We all know how helpful variables are for us to make all kinds of events. But sometimes, we create a lot of them to make our events, and the more we use them, the harder will be to keep track or even make some maintenance on our event pages.


So, would be awesome to have a way to use variables, like we use self switches! And that is why a Self Variable plugin is a common solution for that problem among the plugin makers.


The main difference about this Self Variable plugin from the others is that instead of using script calls or plugin commands to manage the Self Variables, we will use the default event commands!


So, no plugin commands, no script calls. Just the regular event commands!

So first off, we need to download two plugins from the Hakuen Studio page on Itch io:

Eli Book – [itch.io]  – Which is a core plugin. It is necessary to make work all Eli plugins.


Put both on your plugin manager. Eli Book must be above all Eli plugins.

For the plugin work, we need to create the Self Variables.

You just need to start naming any variable with the following: “SV:”

Now this variable will act as a self variable for this event!

See how easy it was? You can create as many as you want!


If you want to check its value in a conditional branch, you can use it just like any variable:

You can even use it in other event commands, like Change Item: 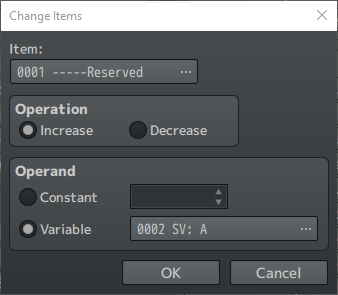 Changing the Self Variable of another event


But hey! If we want to change or check the value of a Self Variable from another event?

We need to find a way to tell the current event executing the command, that he is not the target.


So the first thing to do is to go into the Self Variable plugin parameter: 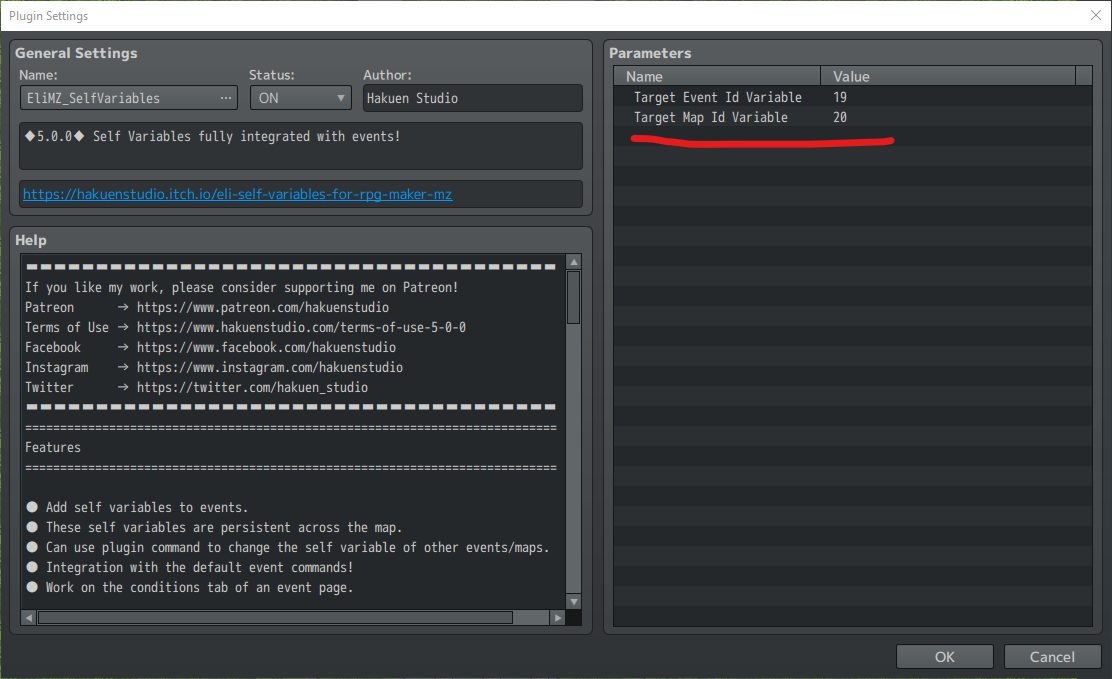 You can see that it only has two parameters: Target Event Id Variable & Target Map Id Variable.

On both parameters, you will be able to choose a variable ID that will hold the Target Event and Map Id.

These two variables also must be self variables. So they need to start their names with the prefix: “SV:”

So, to check the value of a self variable from another event, we just need to set the event Id we want into the Target Event Id Self Variable:

In the example above, the conditional branch will check the value of the Self Variable A of the event ID 5.


Following the same logic, we can check the value of a self variable from another event in another map!

If you want to return to the default behavior, you just set the Target Variables to 0.

This is all we can share for Native Self Variables (MV & MV) – RPG Maker MZ for today. I hope you enjoy the guide! If you have anything to add to this guide or we forget something please let us know via comment! We check each comment! Don’t forget to check SteamClue.com for MORE!