Opinion on some interesting items/loots.

Just would like to share my own opinion about some items/loots (found either in shops/random dungeons) that seem interesting after playing the game for awhile, after which, doesn’t seem to be mentioned in other guides here. There might be more in the future if I’ve found other interesting items/loots (deeper in random dungeons), if so, then I’ll add here.

Helps moving faster either walk or run, really helpful, but doesn’t seem to find as often as needed. Although not as fast as effect from the skill, still useful nevertheless.

Can be made through recipe or found as loots. Damage seems to fix at 150 so far no matter how high stats/levels are (I might be wrong though, have to test more). Problem lies in explosion which can harm player as well if stay near the radius. Overall, I don’t think grenade is really useful, since it’s quite costly to make one (in terms of ingredients), also not found as often.

Can be bought through shops as well as found in random dungeons. Seem useful at first glance, but the problem I found using it is that, showing the entire floor makes it difficult to know which areas/paths are already visited. This item might be helpful to some degree for some players if use correctly though…

The concept of this item is really nice, use SpiritForce to increase damage. Although the number doesn’t seem quite shown in the status/inventory screen, it seems the added damage is there to feel, although not a lot. One good thing is that, the increase in damage works for both melee weapons and range weapons. The problem is that this item is quite rare to find since it can’t be bought in shop, I only found in random dungeons. 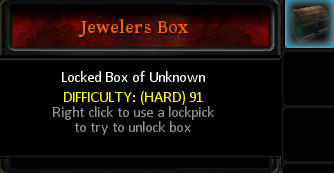 This item is really rare to find. I found not more than 10 so far in random dungeons (one time from the floor boss). To open it, lockpick is required, even then, it can be failed to open. The items received from this box varies a lot, only common items found generally though.

Another scroll worths mentioned from me. Good for those who put points more into Strength stat, although the increase in damge is not a lot. This scroll is really nice when combo with Blue Ice for even greater increase in damage, but the problem is the rarity of Blue Ice…

Another rare item to be found, can’t be bought in shops. It is nice to receive random ingredients to be use in various recipe.

Quite a rare find indeed, since I’ve found only 6 so far. This is an interesting item. The effect is that it reduce HP of enemies half per use. For example, if enemy’s HP is 1,000, one use of this, reduce HP to 500, if use it again, the HP reduce to 250 and so on. Quite useful if use in the overwhelmed situation. The problem is the rarity of this item, can’t be bought, only in random dungeons so far.


I’m sorry for my not-so-good English. If there are anything more to tell or something wrong above, please leave comments below, thanks.

Here we come to an end for the Opinion on some interesting items and loots – BloodLust Shadowhunter guide. I hope this guide has helped you with your gameplay. If you have something to add to this guide or believe we forgot some information to add, please let us know via comment! We check each comment manually by approving them!