A short in depth guide on efficient roadblocking strategy and Intelligence.

The goal of this guide is to help you understand:

Binoculars – Scouting ahead is important

Bandage – Death from bleeding is bad

HE grenades (If no Machine Gun) – Use to destroy watch towers


Once you’ve got your equipment set up decide how you’re going to approach your designated area.


Logistic Route – Look at your map. Decide if you’re going to:


A) Block a frontline logistic route

B) Block a backline logistic route


A) Drive cautiously straight up to watch towers and blow them up to cause paranoia. Use your LUV as a source of detecting them via radio intelligence.

B) Drive cautiously away from potential watch towers, hugging the regional border and scouting watchtowers with your binoculars to avoid detection.


Before you do anything build watchtowers around! It’s important to have the ability to detect vehicles, players or a possible QRF.


A Safe-Zone allows you to repair your vehicle or drop off intercepted logistic supplies without being in fear of an ambush. A Safe-Zone is “safe” because it’s away from the “hot” area.

A Safe-Zone MUST contain a watch tower or multiple watch towers. These watch towers inform you if you’re safe or not via radio. It’s “safe” after all.


Campfire’s can be built directly on roads. Instead of building them fully up only use one BMAT on the campfire blueprint and create a roadblock line on the road. Refer to the image below. 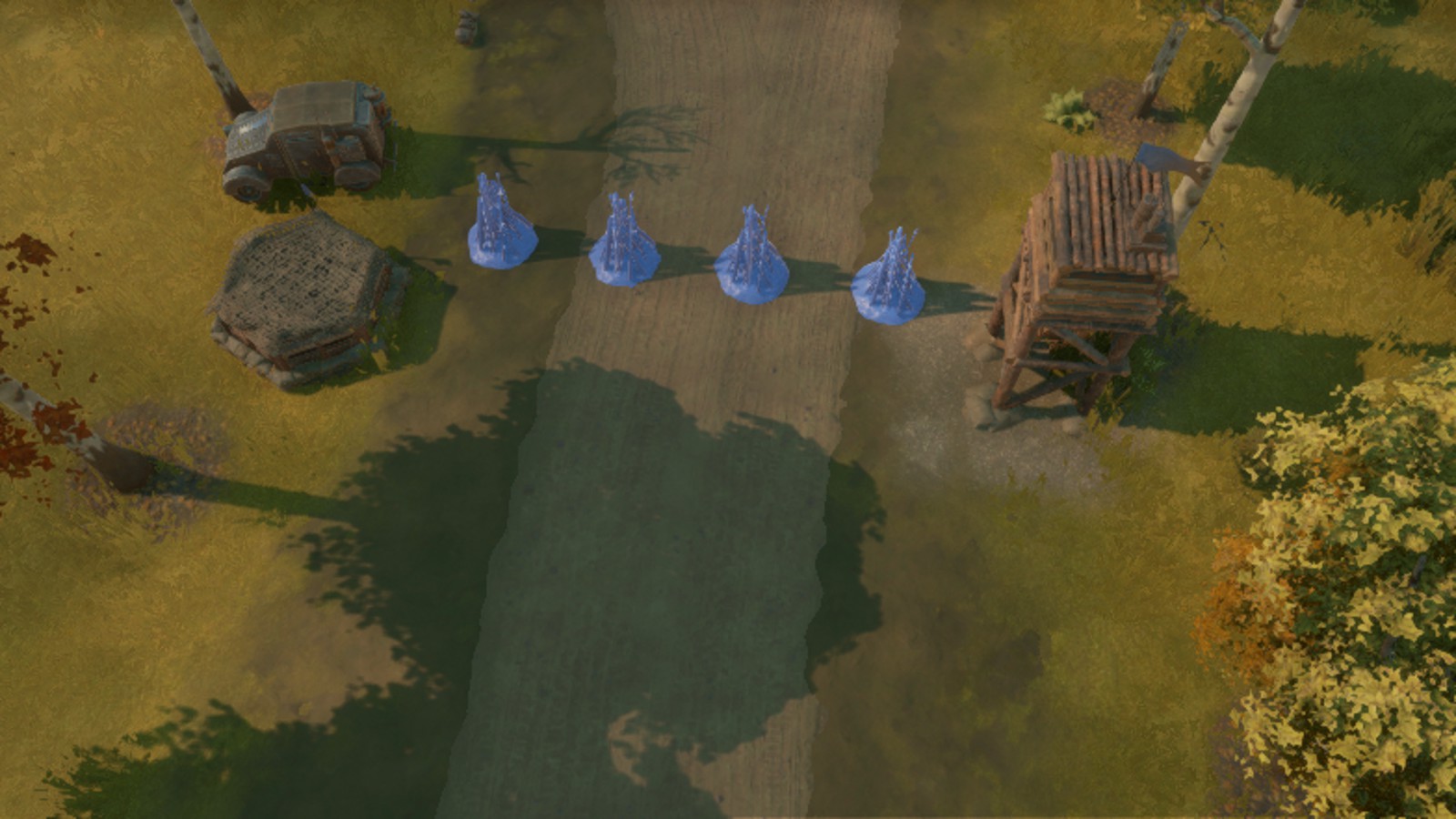 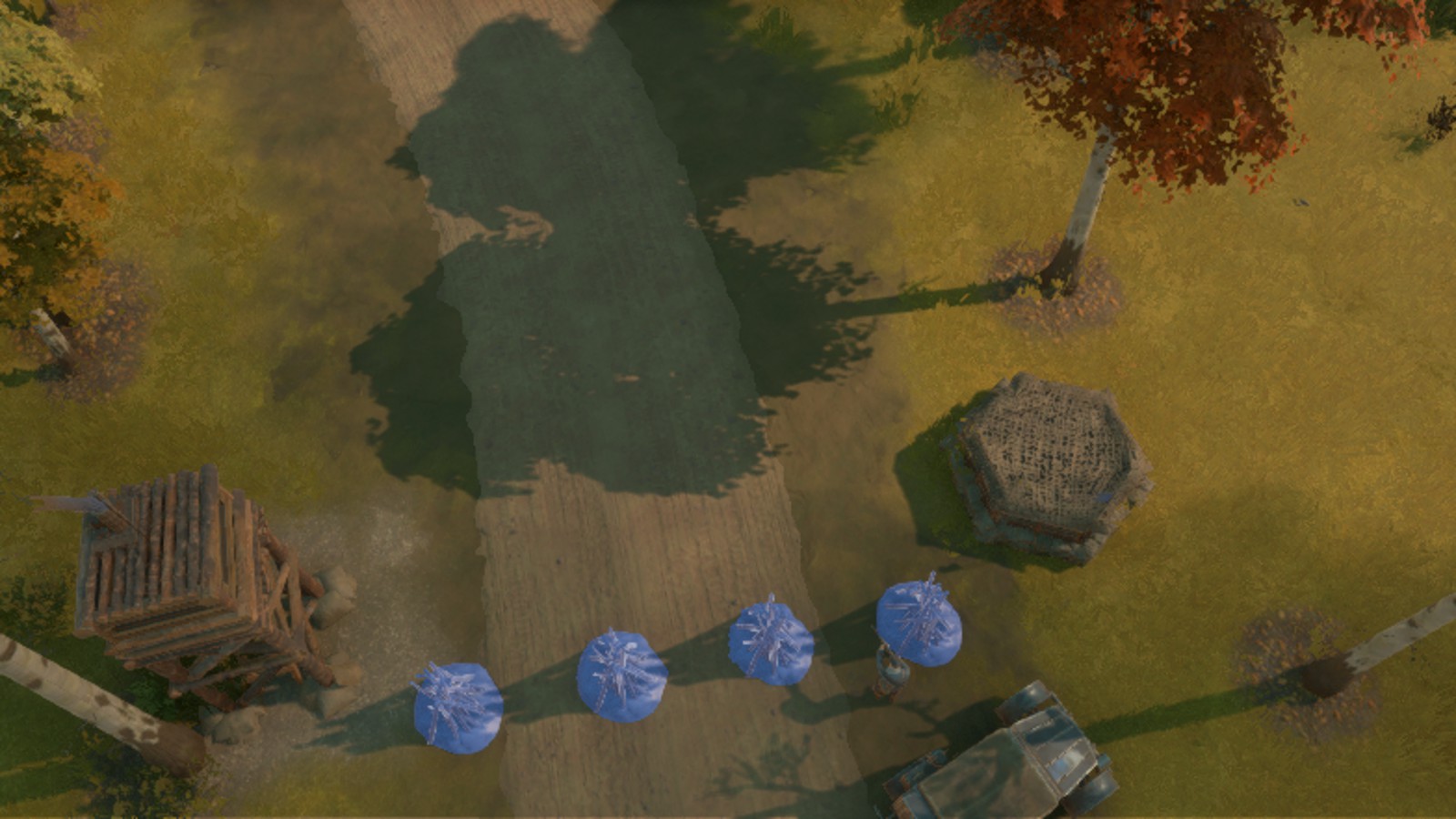 (Optional) Defenses – Build a rifle garrison if you’re planning on being stationary.

Escape route Always have a escape route. Refer to the image above. This setup allows you to quickly get into your LUV and escape in case things go south or you’ve detected a massive QRF coming your way.


Watch towers at roadblocks can be the difference between reinforcements or not. Friendlies get encouraged to roadblock with you if they see you on the map. Also, a more organized group may join in since they know the area is safe thanks to the watch tower. Refer to the image below of a random armor group that joined in due to the map intelligence. 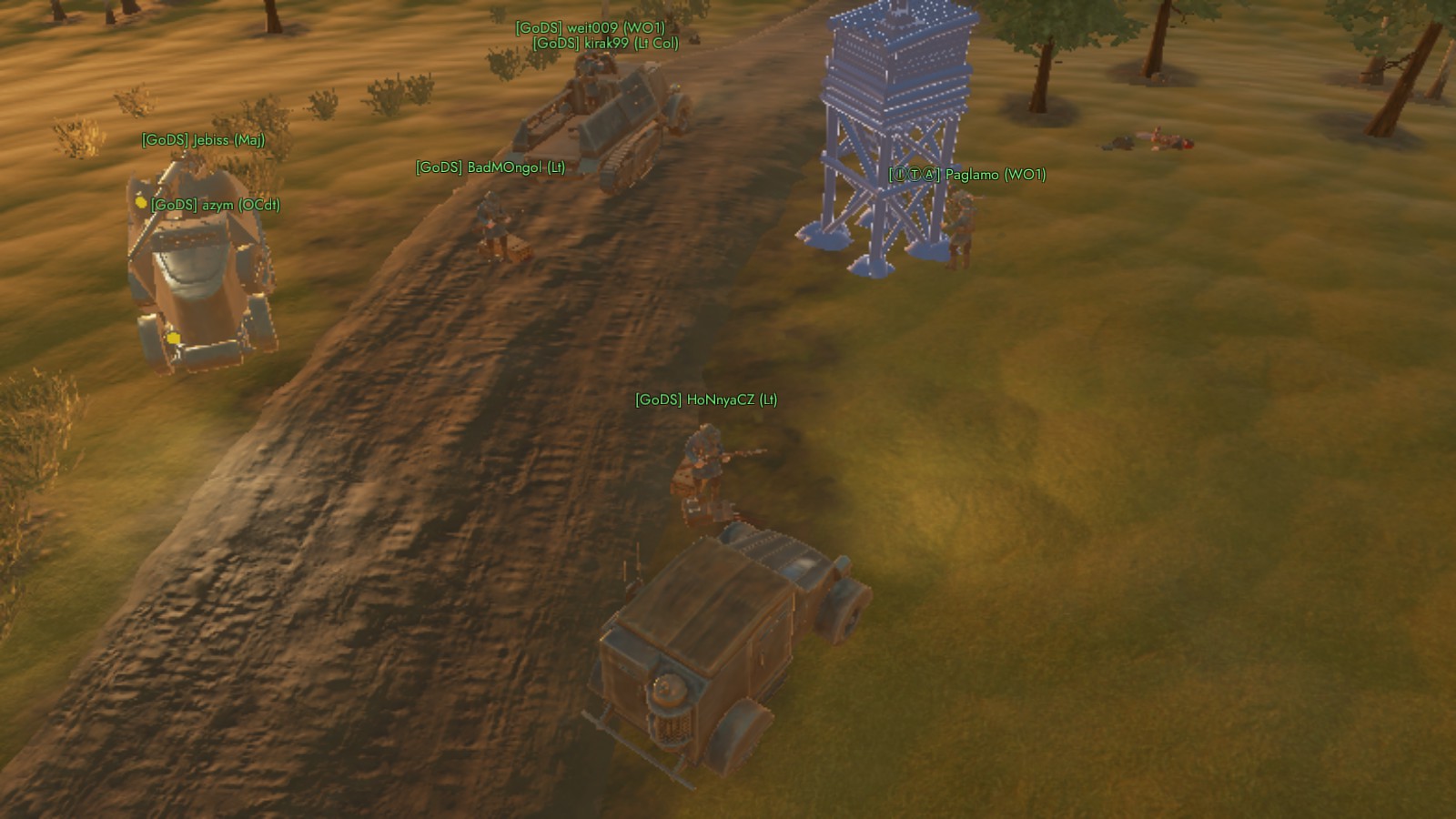 
QRF’s can be small or massive. Either way QRF’s drain a TON of resources off of the enemy team. Instead of those soldiers defending their position / building / healing etc; they’re wasting their time on trying to kill you.


One soldier could cause a front to significantly collapse due to draining the enemy’s manpower.


Refer to the image below of 12+ Colonials from a active front trying to destroy a Warden in a LUV near their logistic route.

As my allies continue to fight at the front and make significant advancements the massive QRF can be seen wasting their efforts as the their front collapses.

Know When it’s Time To Leave


A dead partisan puts people to ease. Logistics feel they can freely move without armed escort. The manpower used to kill you for the most part goes back to the front they came from.


It’s better to be alive to keep your enemies paranoid AND to continually drain their manpower until the front completely collapses.


No point in making these if no one likes them lol.

Here we come to an end for the Partisan – Roadblock & Intelligence – Foxhole guide. I hope this guide has helped you with your gameplay. If you have something to add to this guide or believe we forgot some information to add, please let us know via comment! We check each comment manually by approving them!