This is my breakdown of the characters or “Raifus” in the game, how they work, and ways they can be played.

I tried to avoid getting into cards as much as I could because cards are not selected by each player, they are tied to the maps.

Cards are typically good for any and every character in most situations but I won’t be getting too in depth with general strategies in this guide.

Type: My way of categorizing each character by their strong suit. Every character can shoot and draw cards but “type” simply refers to what they do best.

Strengths: what she’s good at.

Weaknesses: what she’s bad at.

Suggested Strategies: My suggestions on how to play the character. 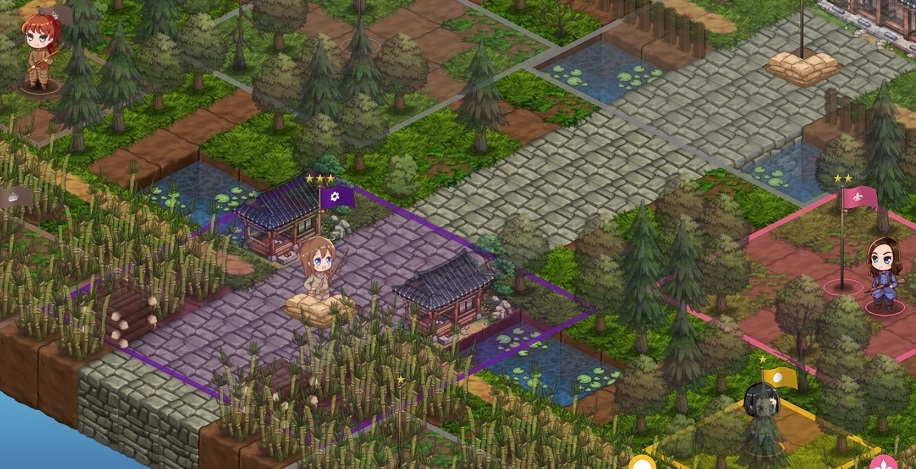 Strengths: Can take risks with a slightly lower chance of being punished for it, good at surviving.

Suggested Strategies: • Stock up on healing cards and try to take advantage of the high HP cap by keeping it full when you can.

• Don’t be afraid to be the first to capture a post, assuming you won’t be completely surrounded without cover by doing so. 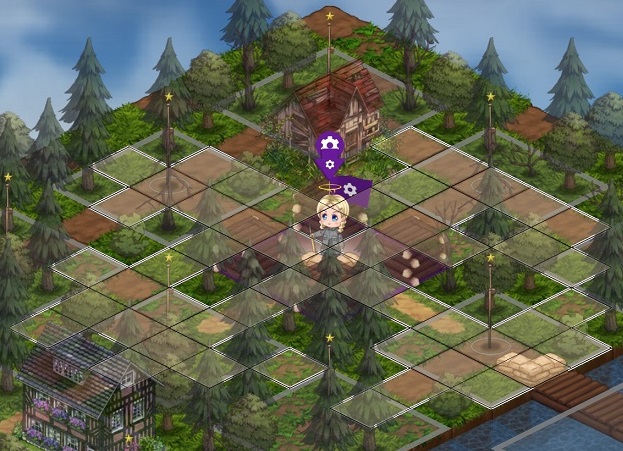 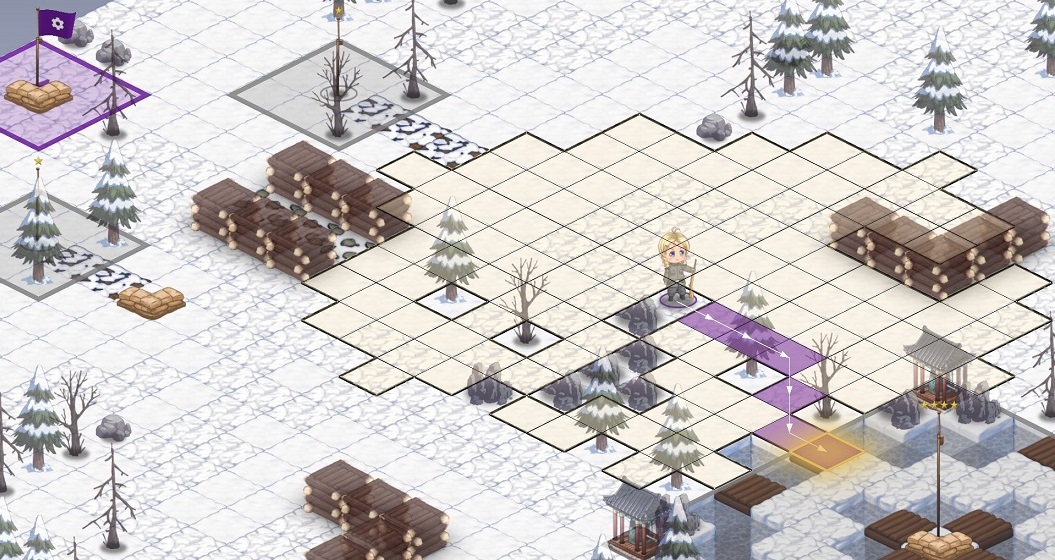 Strengths: Has the most movement range in the game, extremely good at covering lots of distance in very few turns, excels on large maps.

Suggested Strategies: • Capture as many posts as you can, as fast as you can. Those stars add up fast.

• On large maps you can capture the farthest and/or most valuable posts first, then return to level up and then capture the close ones. 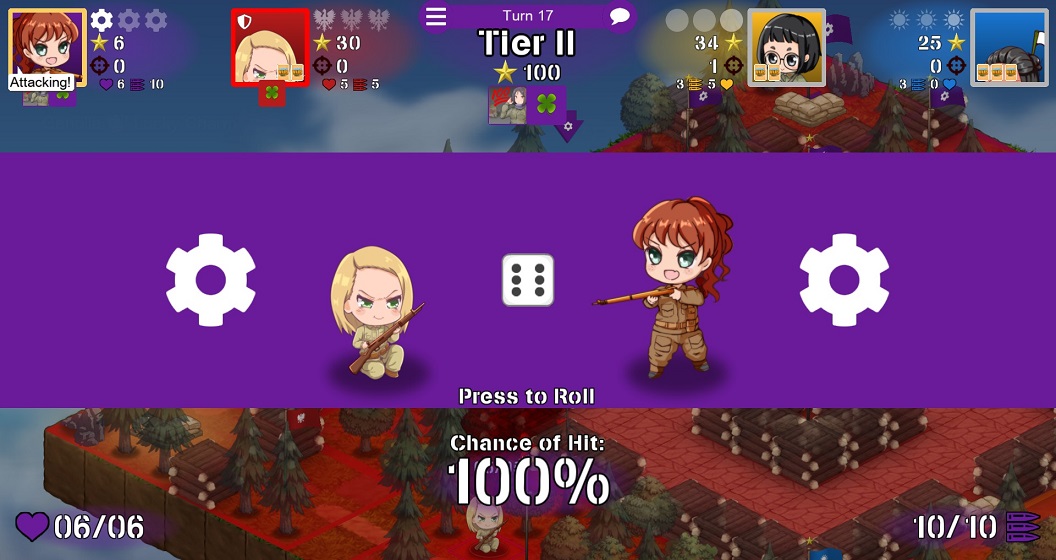 Strengths: Fending off enemies for long periods of time without needing to reload, higher range which can be great with the right cards

Suggested Strategies: • Take chances on shots that have a low chance to land since you rarely need to reload.

• Try to use cards like Lucky Charm (Next Roll will be a 6) and Crack Shot (Next shot is a guaranteed hit) to combo with Enfield’s higher range. 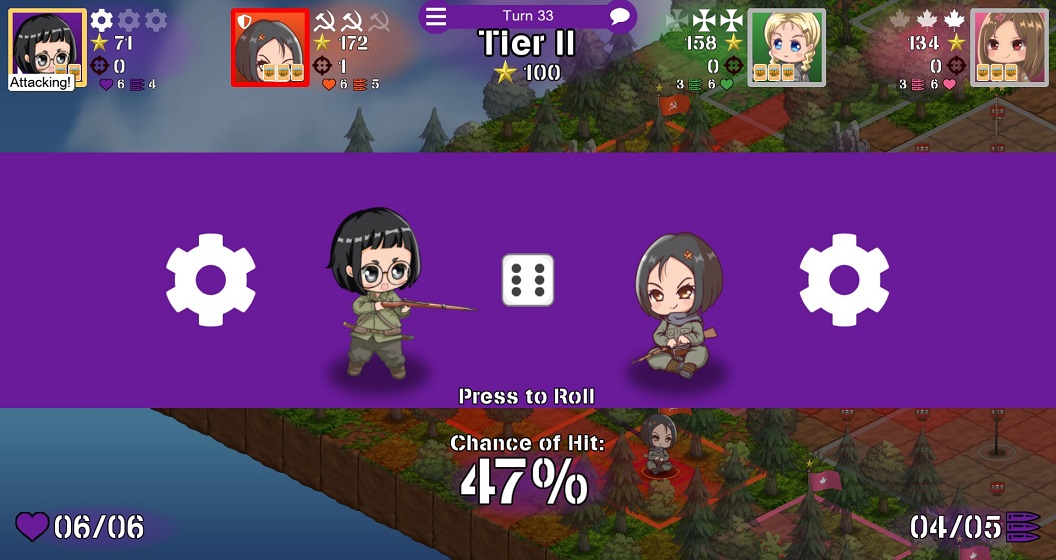 Strengths: Great at getting lots of kills and sometimes even stars depending on how rich your victims are. Standard attacker.

• The closer you are, the higher your odds are of landing your shots, so it’s good to run up on your opponents and hit them with the +1 attack. 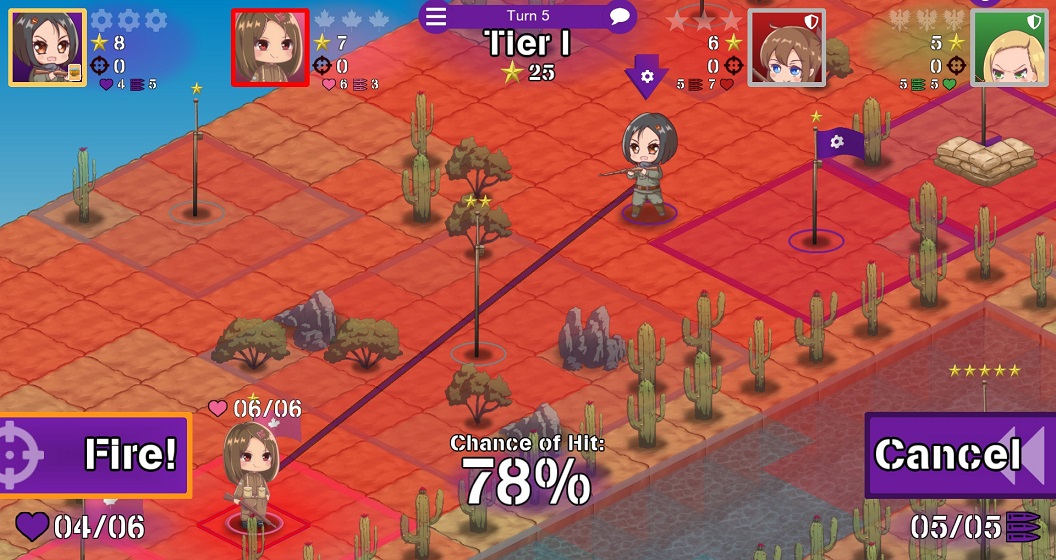 Strengths: Best sniper in the game, can get moderately easy kills from a distance.

Suggested Strategies: • Before hunting your prey from a distance, try to move around any obstacles first as not to waste the deadly accuracy+range combo.

• Just like Enfield your deadliest weapons are Lucky Charm and Crack Shot, but they will be even more effective for Mosin since she truly is the best sniper.

Strengths: Taking risks and reviving immediately without the use of Guardian Angel. Crack Shot completely negates her weakness since it’s a guaranteed hit.

Weaknesses: -10% accuracy is a pain, not very good on large maps.

Suggested Strategies: • Close the distance between you and your enemies while using cover along the way.

• Low accuracy often means you should get as close as possible before attacking.

Have extremely good luck or be very optimistic. 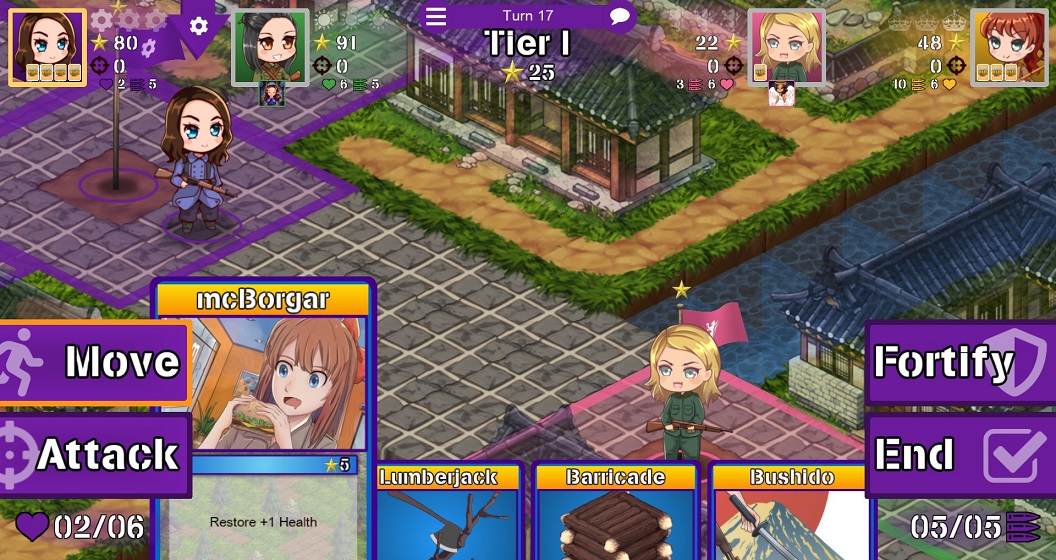 Strengths: Making use of the fact that some cards are extremely good and can easily turn the tables and get you a swift victory, best at stocking up on said cards.

Suggested Strategies: • You chose the card girl, don’t waste her ability by making sure you discard a card when you are about to end your turn while holding 4 cards.

• Keep and eye on the star cost and tier requirement, don’t be afraid to hang onto the high tier or high cost cards for mid/late game shenanigans.

Strengths: Best survivor in the game, can take risks with the lowest chance of being punished for it.

Suggested Strategies: • Don’t be afraid to get aggressive, you’re basically the only Raifu who brought a bullet-proof vest to a gun fight.

• Capture, kill, and keep an eye out for health regain cards. Keeping your HP high is how to make the most out of your trait. 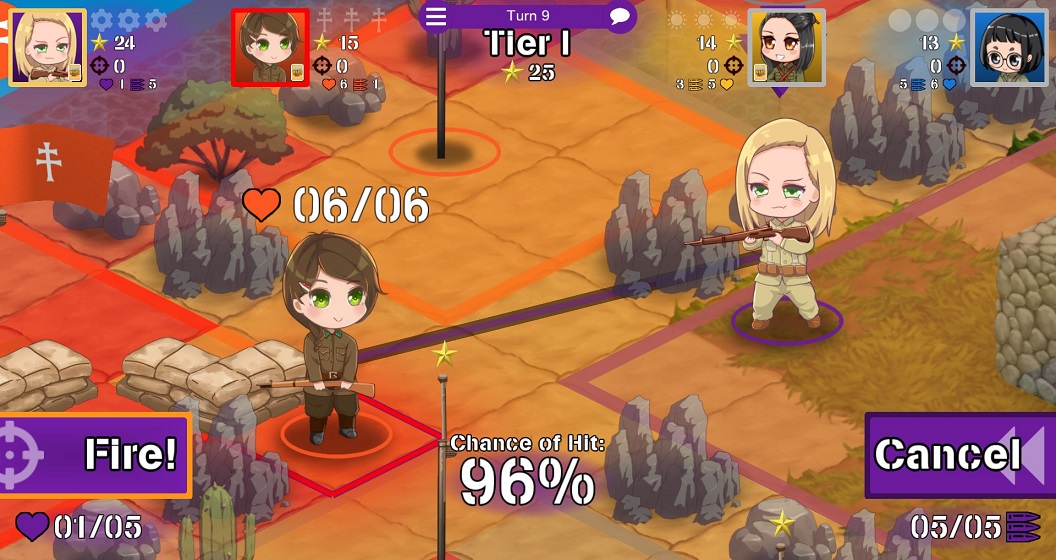 Weaknesses: Large maps can sometimes make it difficult to take advantage of her shotgun-like ability. Has slightly lower health than other units.

Suggested Strategies: • Be very aggressive and get as many kills as you can before you get taken out yourself, that way you Tier when you respawn.

• Run up and shoot your enemies within 4 tiles, try to hang onto healing cards and Retreat. 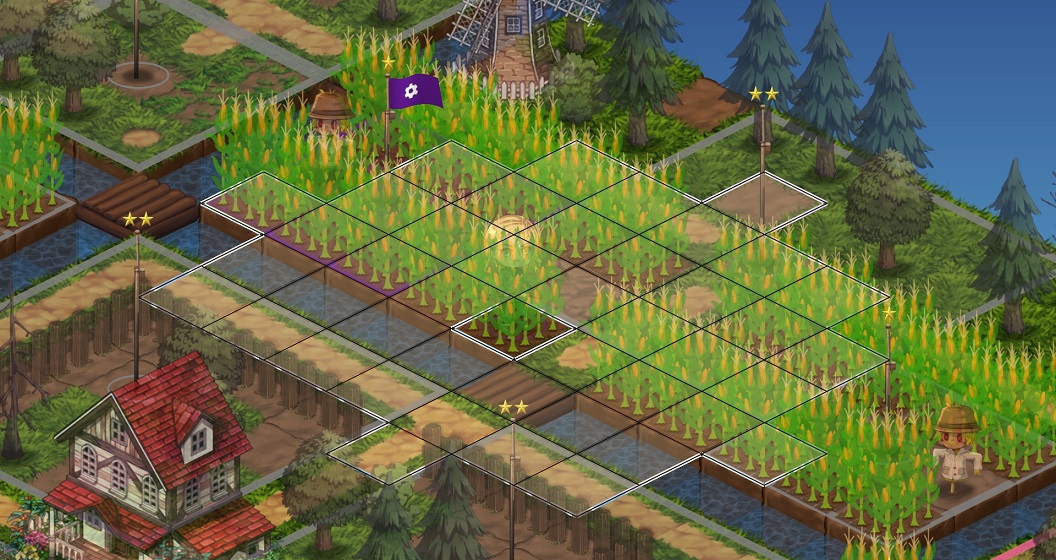 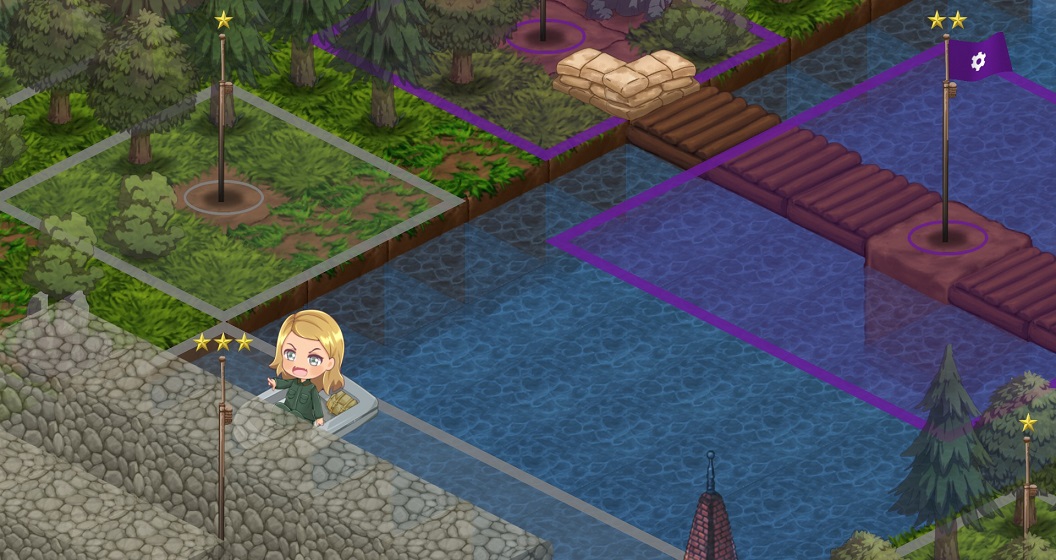 Strengths: Great movement capabilities whether it’s crossing water or walking through obstacles like a ghost

Weakness: None, unless you make a map with no water or obstacles thus turning Krag into a blank character with no traits.

Suggested Strategies: • You can’t attack while you are on water, but you can Fortify, so if there’s a chance of being attacked while on the water, use it.

• Be quick and sneaky as you capture points, and use cover as much as you can especially when retreating. Krag can be very elusive.

• If the map has water, sometimes the best way to use that to your advantage is to capture posts by getting in the water and moving just inside the outer perimeter like in the second image. Just capture and sail away. 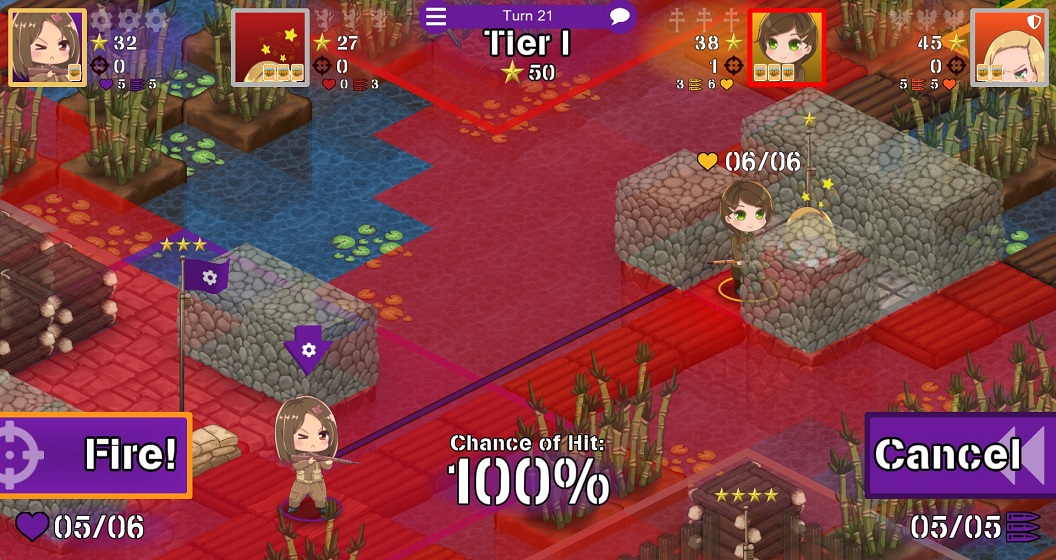 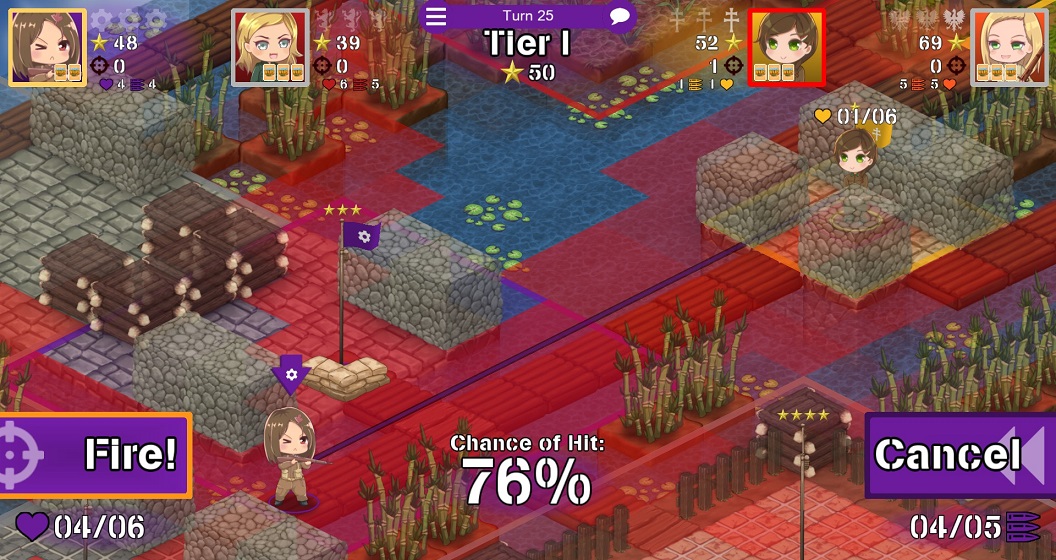 Strength: Has the highest accuracy in the game and therefore is the least likely to miss her shots.

Weakness: -1 Movement adds up over time, not great at capturing posts on large maps as a result.

Suggested Strategies: • Try to get just close enough to your enemies to attack them without being close enough for a deadly counter attack.

Traits: Can tier at any base, draws cards outside territory.

Strengths: Has the most freedom in the game when it comes to Tiering, always draws a card when turn begins when the user’s hand isn’t full.

Suggested Strategies: • Capture the bases in your area, then head to the closest unguarded area and do the same there since you can just Tier and repeat.

• With good card flow and the freedom to Tier at any base you can really do a lot with Puska, especially on larger maps where it’s easier to get away from attackers.

That’s All For Now

I hope you enjoy the Raifu Breakdown // Character Guide – Raifu Wars guide. This is all for now! If you have something to add to this guide or forget to add some information, please let us know via comment! We check each comment manually!