A build that I’ve been using for some time now and I thought I’d share it, because it’s quite fun.

Core idea behind the build

Having at least 1 infamy level is highly recommended here.


The core idea behind this build is that you:

Some skills which are important for this build:

Also, important thing to keep in mind, because of Anarchist and Frenzy + Berserker setup, you’ll be a gla*s cannon. You might go down a lot, if you don’t have much experience with Anarchist. Snipers will become the bane of your existence, if you forget they exist before running out in the open.

Death Wish and Below Variant

After testing some shotguns, my personal favourite is Jouceline O/U 12G, but in reality any shotgun will do. I recommend choosing a shotgun capable of killing in at least 2 shots. 127.75 damage to the head, with no skill damage boosts, on Death Wish, is enough to kill regular SWATs in 1, and heavy SWATs in 2 shots.

Same with the primary, every SMG which has high firerate, high ammo pickup rate and high capacity magazines will do. So far my favourite is Parasubmachine Gun: 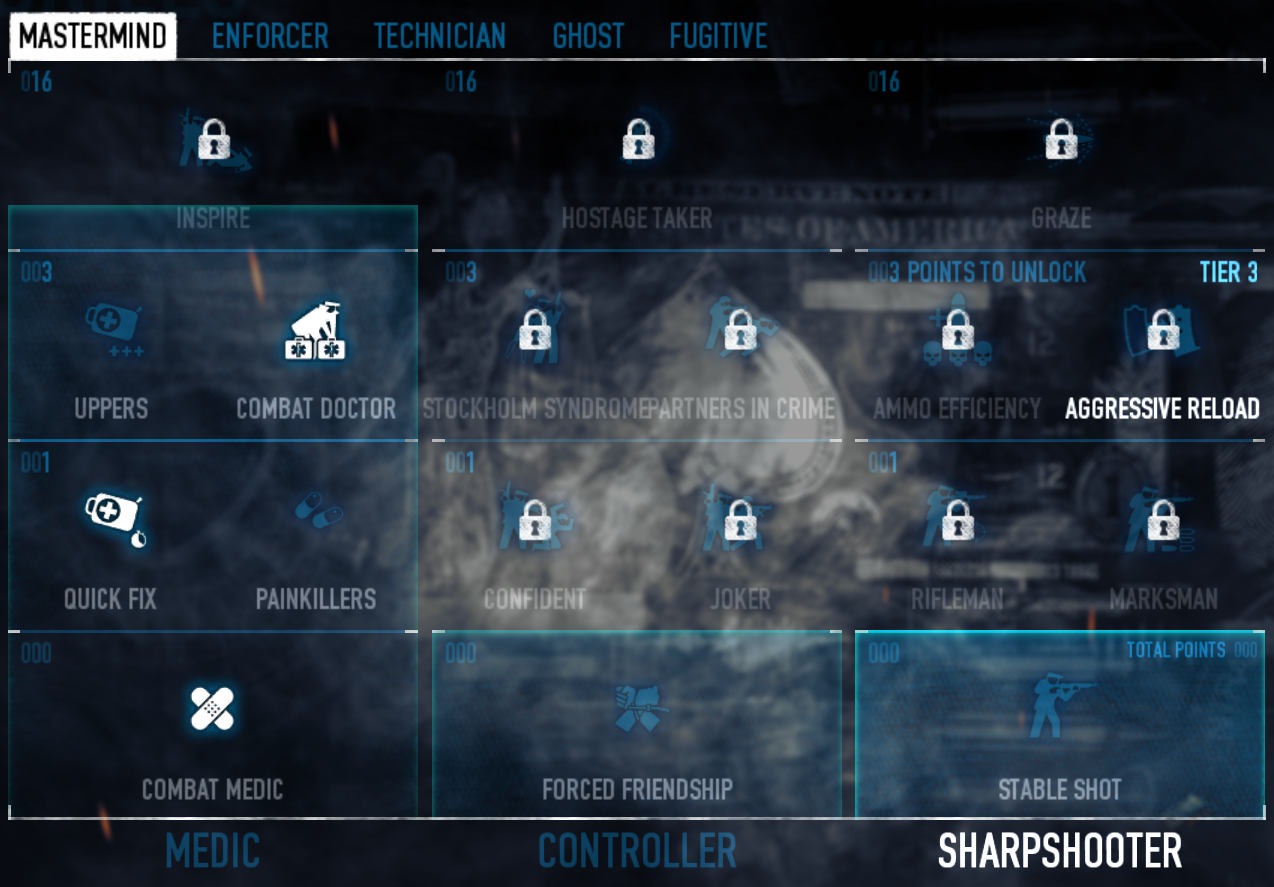 Not much going on here, just some basic Doctor Bag skills. 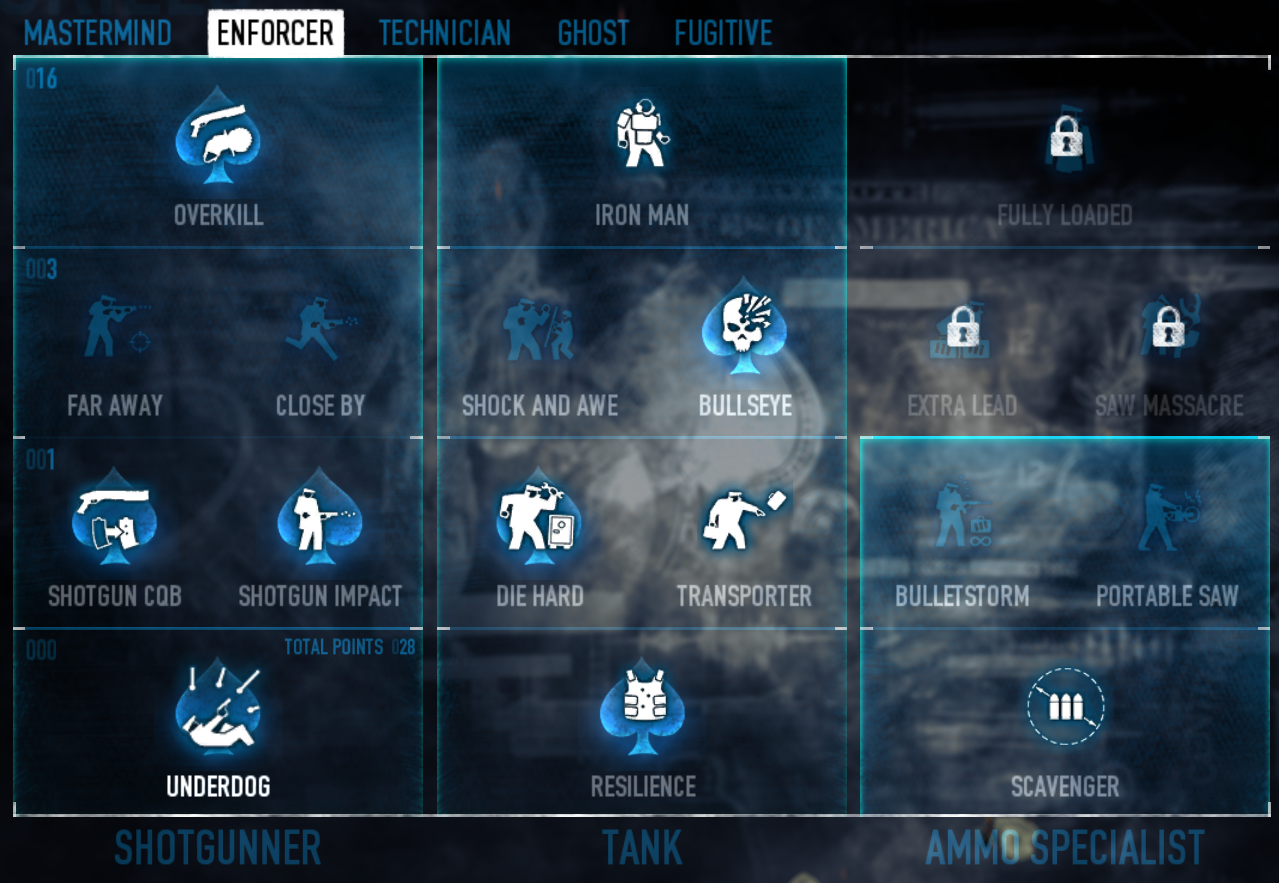 The core of this build. Shotgun skills such as Overkill Aced and Tank skills to boost the Lightweight Ballistic Vest as much as we can. This is also where that “skillpoints spent required” discount from having 1 Infamy comes in handy.

NOTE: If you chose a shotgun with a magazine, consider tweaking the Shotgunner tree to include Close By Aced. It will, however, require that you take some skillpoints from somewhere else, as the shown structure on the picture is the cheapest way to reach Tier 4 skills. 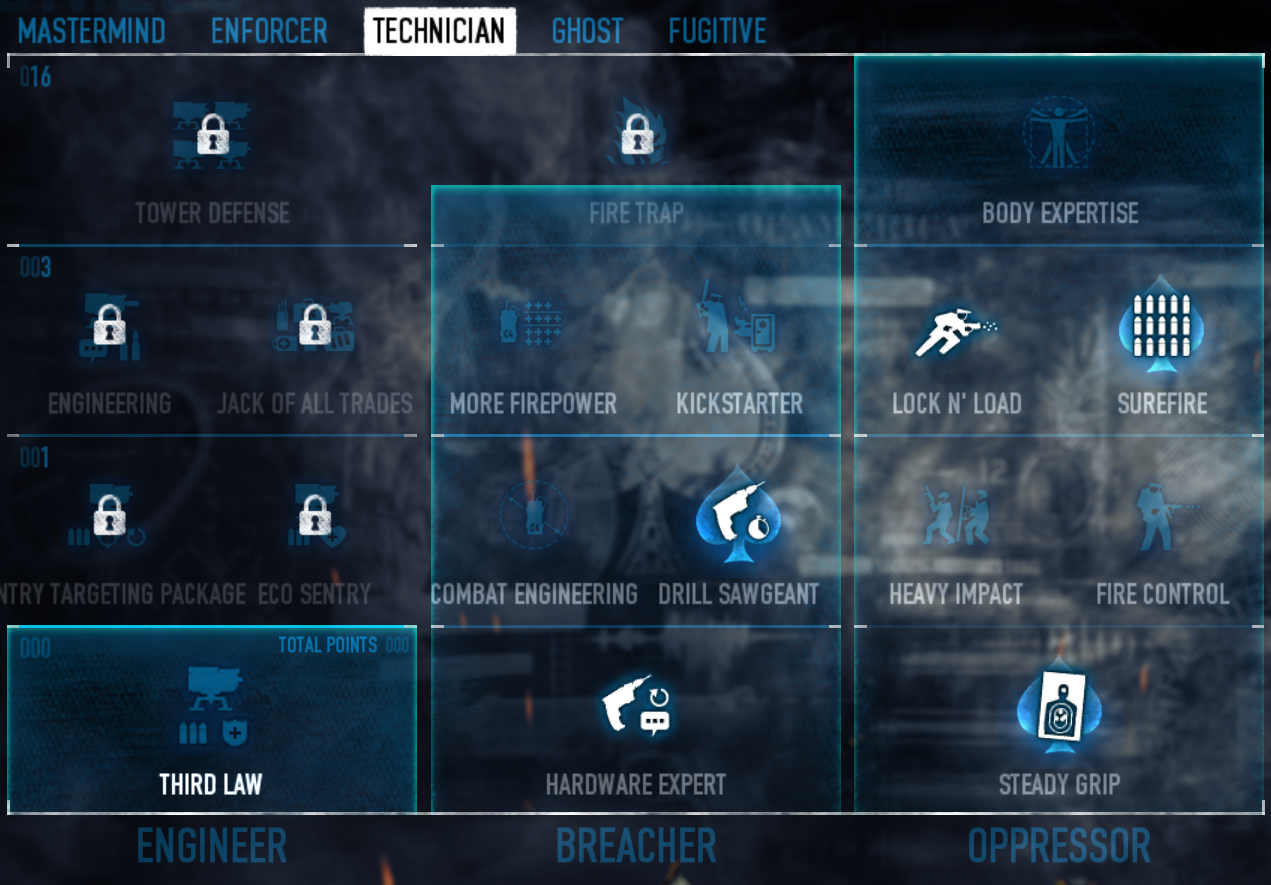 The drill skills are here only for convenience, so is Lock n’ Load Basic. I recommend taking Surefire Basic for that magazine capacity boost for your SMG, and Aced version just to make it more fun. 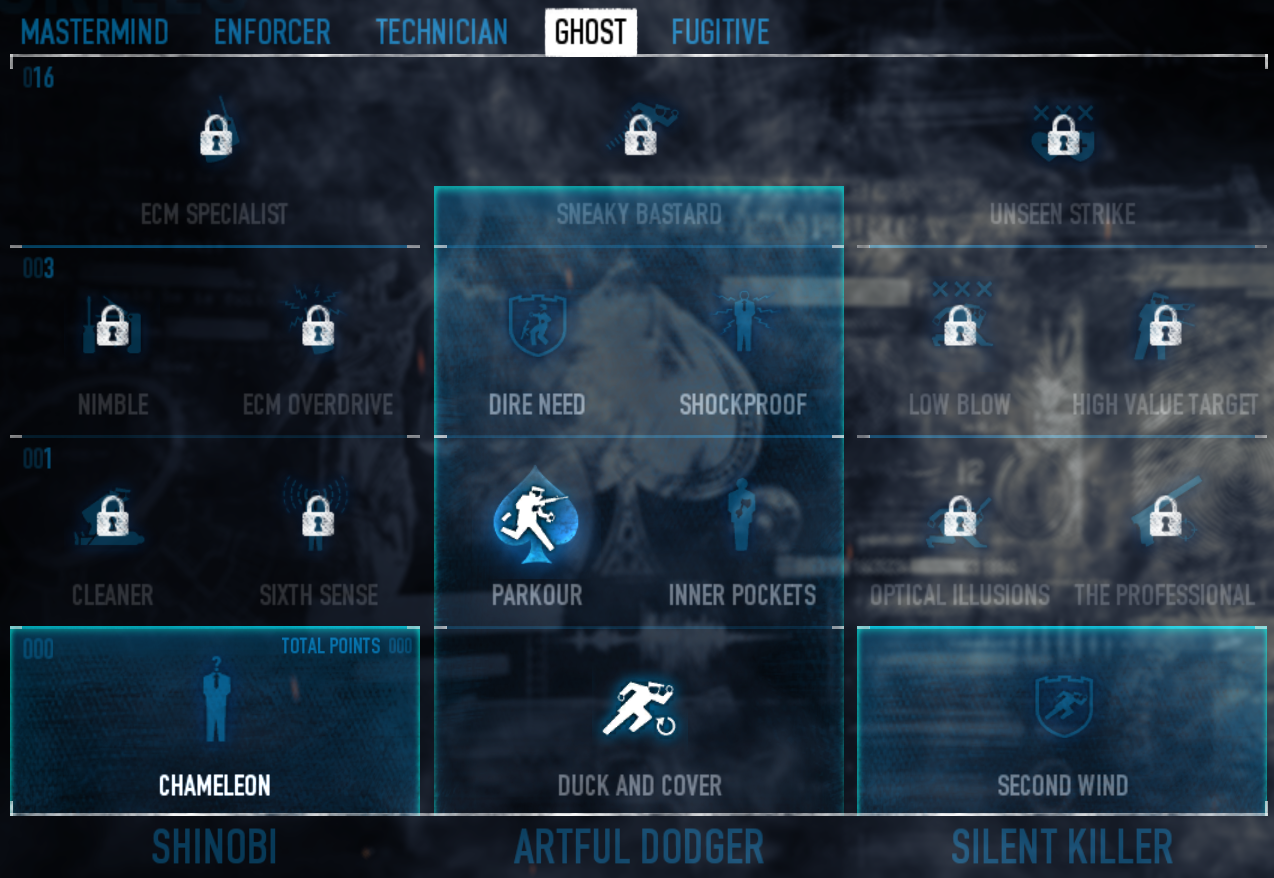 Not much going on here as well, just some movement speed boosts and Parkour Aced for that convenience of being able to reload while you haul a*s to cover or away from danger. 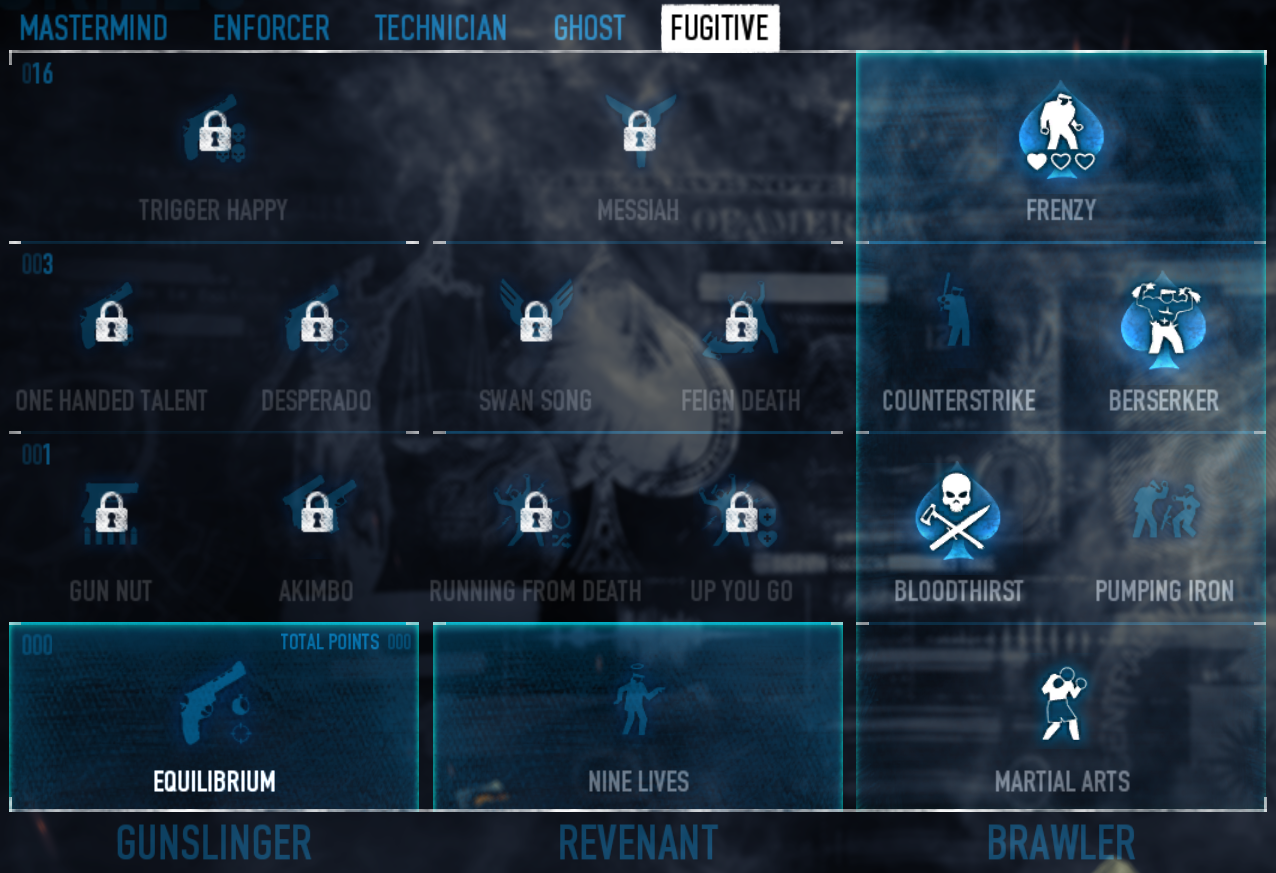 Your standard Frenzy + Berserker setup, not much to explain here. The lower your health, the more damage you’ll deal with your ranged weapons and even more with melee. Rack up some kills before using Bloodthirst Aced.

Anarchist is a perkdeck that allows me to just turn my brain off and as long as I’m scoring headshots, keeps me alive. We also have Frenzy + Berseker in this setup, which goes along well with Anarchist.


Now, why Lightweight Ballistic Vest, and not Two-piece Suit? Well, this isn’t a DSOD variant, your armor won’t get destroyed in 1-2 shots. On Death Wish it’s nice to be a little tankier, which will become evident when you run through open spaces. Unlike Two-piece Suit, LBV can get really tanky with the right skills from Tank tree. LBV with Die Hard Aced and Iron Man Basic changes from 188 to 270, and Two-Piece Suit which can’t benefit from Die Hard Aced can only reach 205. The armor regen timer is also similair to Two-piece Suit, so we retain a similair auto-armorgating potential (Two-Piece Suit regens every 2 seconds, LBV regens every 3 seconds).


Concussion grenades are pretty self explanatory – your usual “get-out-of-a-pinch” free cards when you need to revive a teammate that got downed in the middle of a field full of cops.


The skillset contains skills for the medic bag, but in reality you can choose whatever else you want. If you’re very trigger happy, you might want to reinvest those points into ammobags.


With Bloodthirst Aced, once you get a few kills any melee will be enough to 1-hit any common enemy. Preferably, take something that swings fast and has no delay between letting go of the melee button and actually striking your melee, like the Ice Pick.

This build isn’t really that effective on Death Sentence, the build was meant to be a casual one, not DSOD-viable one, so don’t expect much from it. You might run out of ammo quick when you stumble upon a Minigun Dozer, but usually an a*set-bought ammo bag was enough to keep those helmets flying. Below is my suggested version more tailored for DSOD, using the same weapons from the standard variant.

Inspire Aced on DSOD, how original, eh? Take Painkillers Aced so that your teammates hopefully won’t get downed right after getting revived. 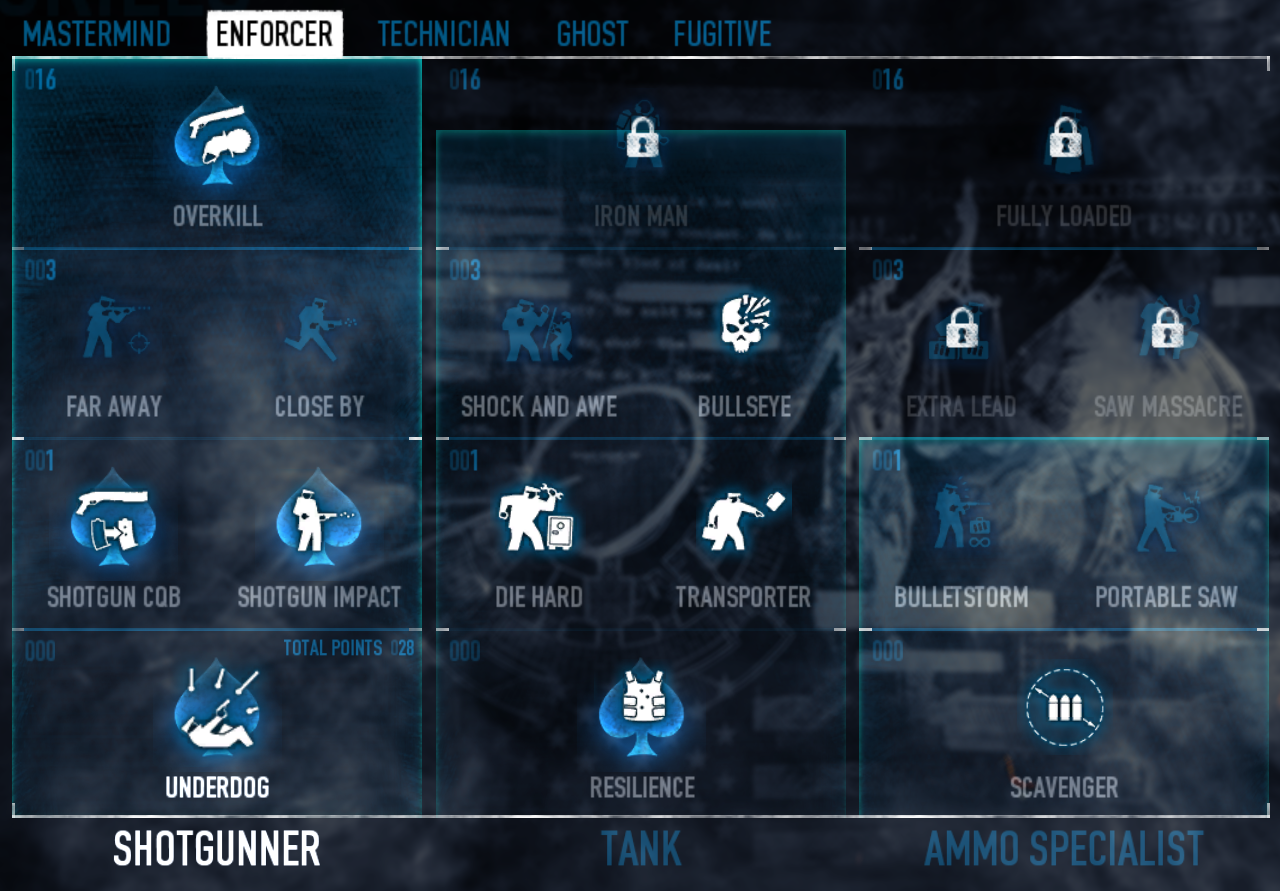 No point in messing around with LBV on DSOD, everyone knows that the biggest crutch is the Suit for its livesaving quick armor regen. Shotgunner tree remains the same. Bullseye Basic is a must have for pretty much every DSOD build, unless you’re using Stoic. 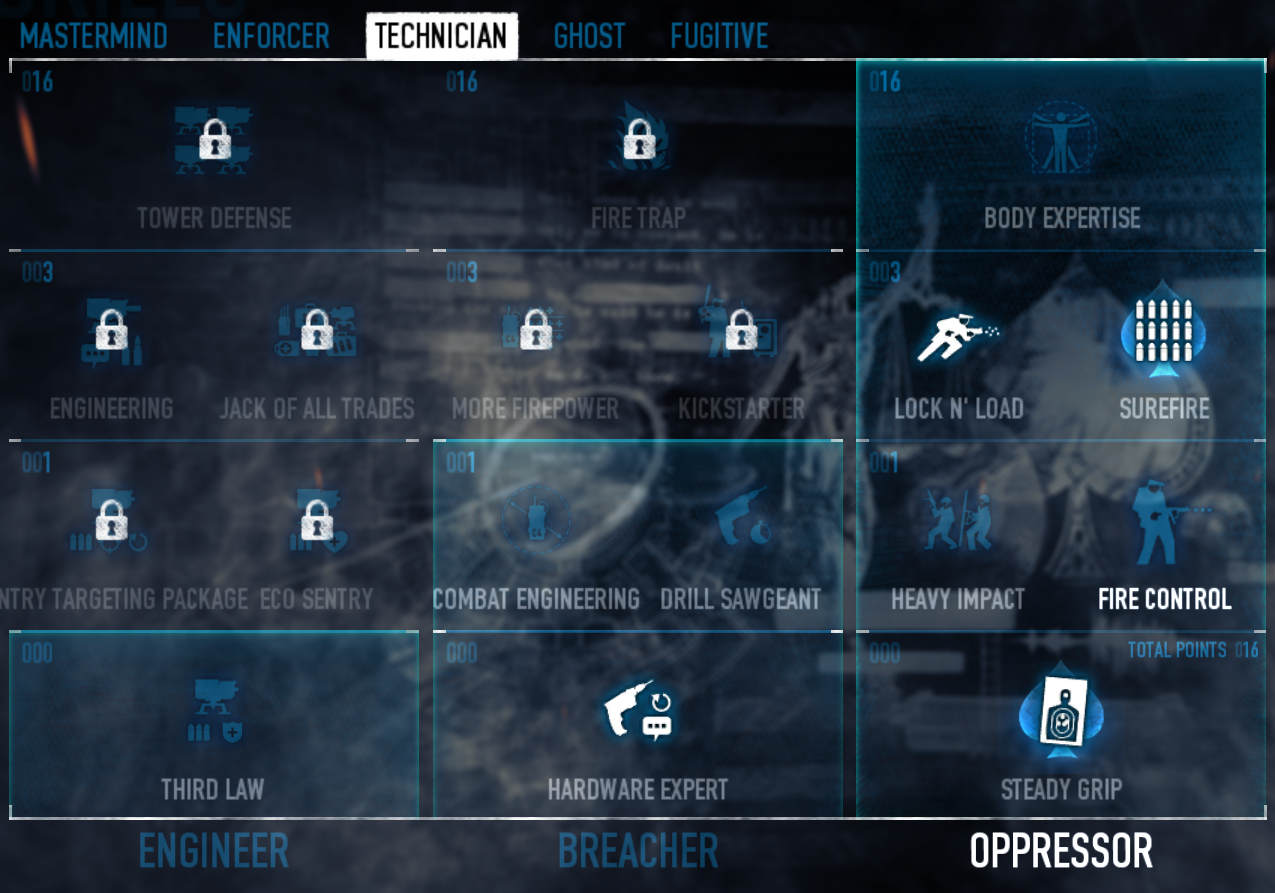 Same application of Surefire Aced for the same reasons. That one point in Hardware Expert is a freebie to be honest, but its always nice to not have to expose yourself while repairing a drill for those 2.5 seconds. 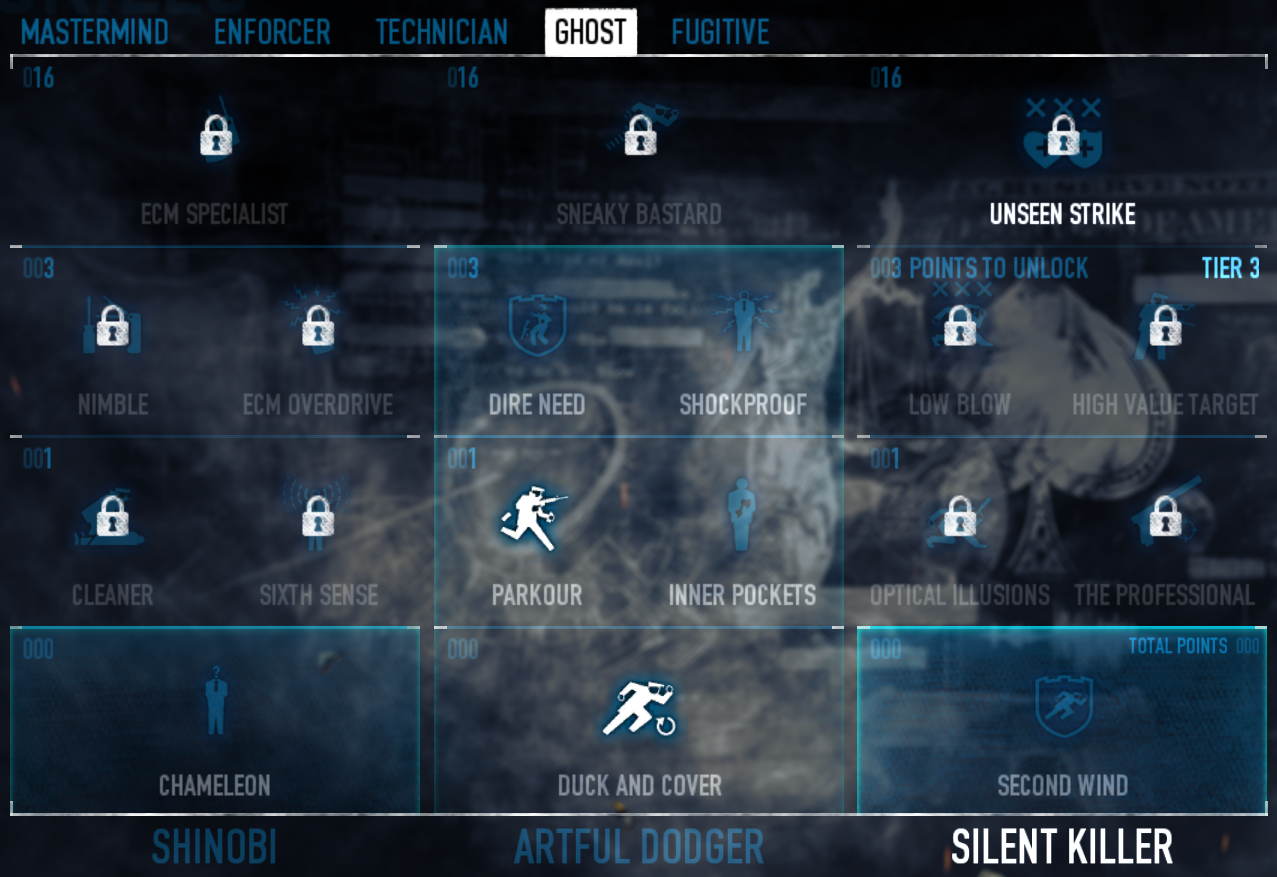 Not much going on here, just basic movement skills. 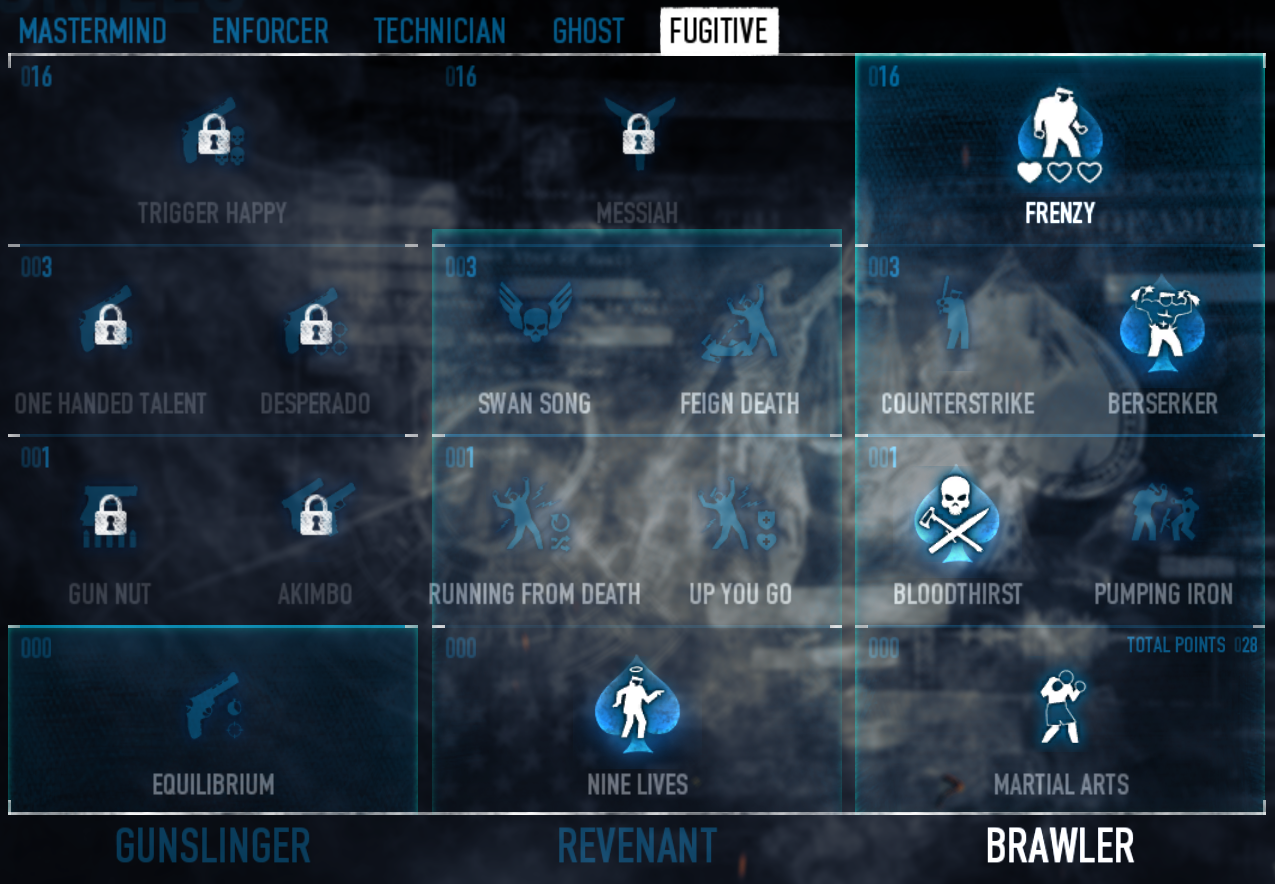 Berserker + Frenzy setup, both Aced. And of course the obligatory Nine Lives Aced, so that you’ll burn through your medic bag charges that little bit slower.

Here we come to an end for the Shotgun Blam + SMG Spam Build – PAYDAY 2 guide. I hope this guide has helped you with your gameplay. If you have something to add to this guide or believe we forgot some information to add, please let us know via comment! We check each comment manually by approving them!