This is a guide to the various blocks in the Star Trek Mod Pack. 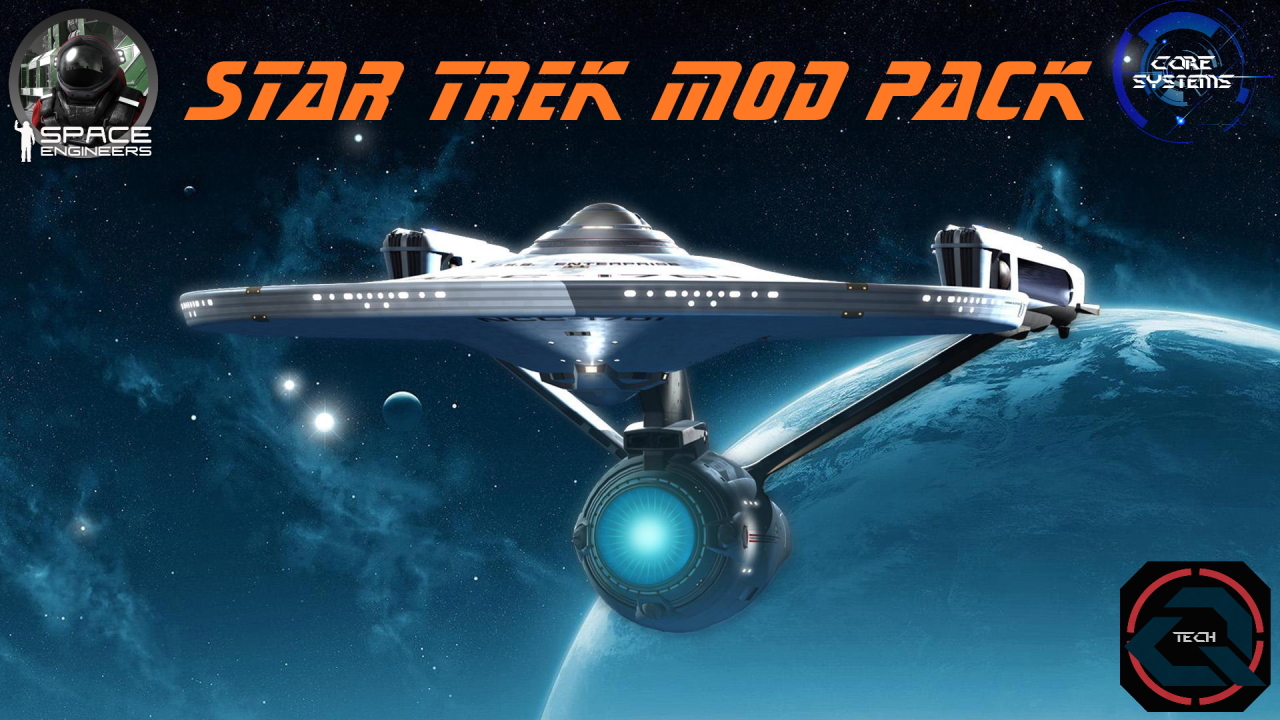 Welcome to the Star Trek Mod Pack – [steamcommunity.com]  by Q-Tech. This is a collection of all my Star Trek themed mods assembled together into one pack. This mod pack requires WeaponCore to function, so make sure you have that loaded in your world.


This guide is an introduction to the different mods in the pack. 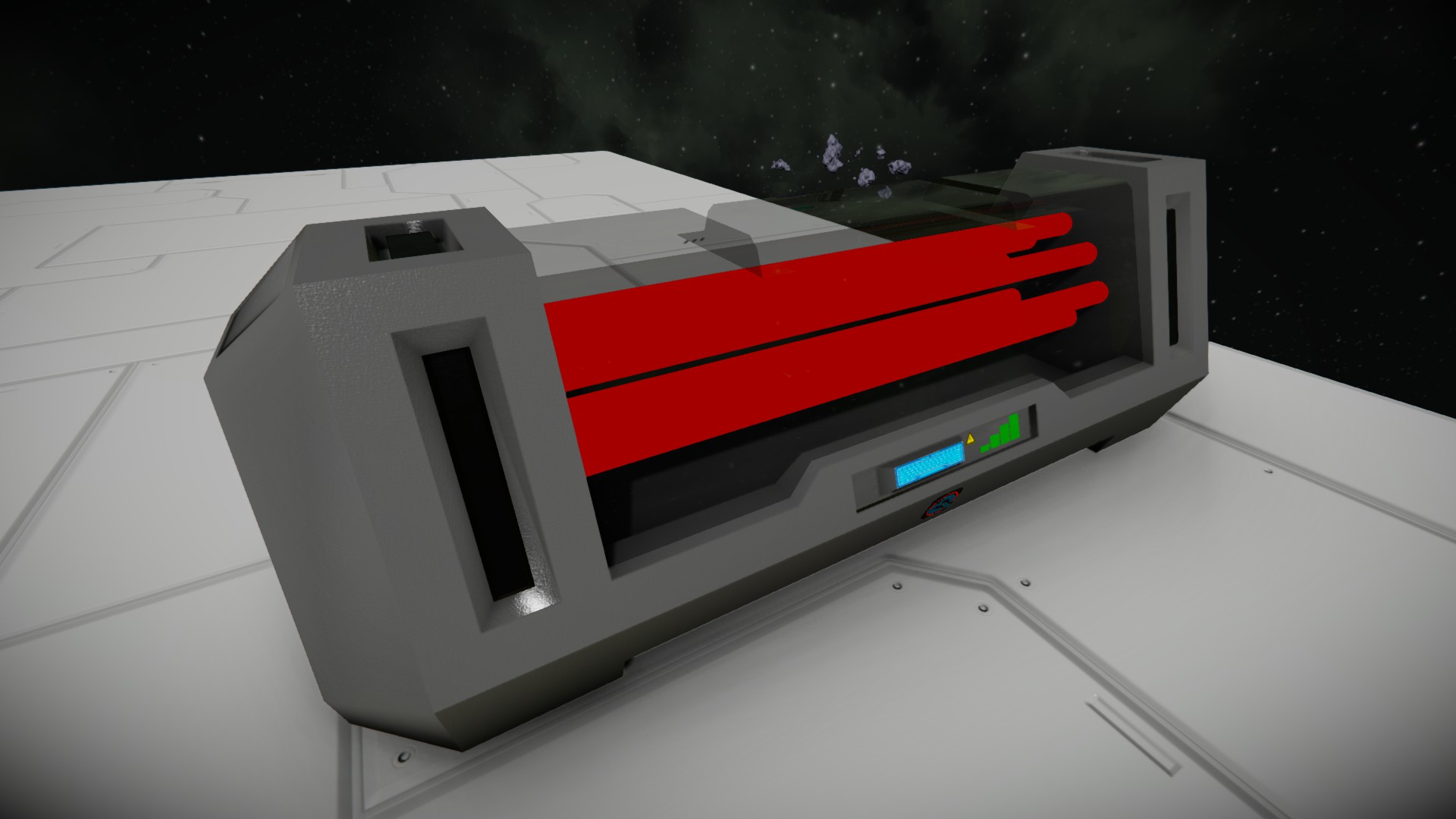 The Auxiliary Power Coil is a battery block for large and small block grids. 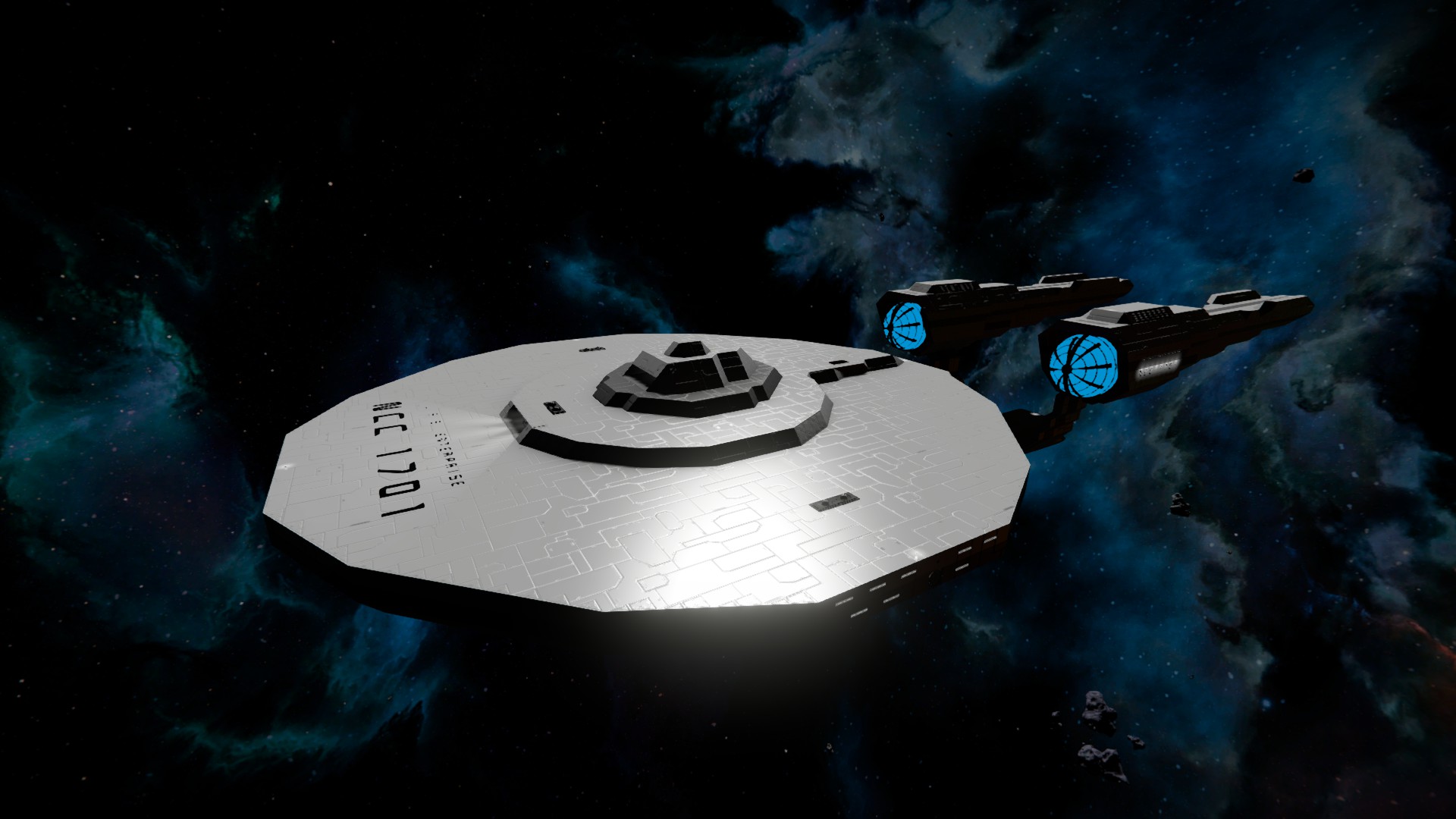 The Bussard Collector is a custom warp nacelle front end for Kirk era ships (TOS and the J.J. Abrams reboot). It is purely decorative and has no actual function. Because it is a WeaponCore weapon inside, the animation is controlled using the Shoot On / Off function. The rotating section is a colorable emissive that can be painted like any other block. 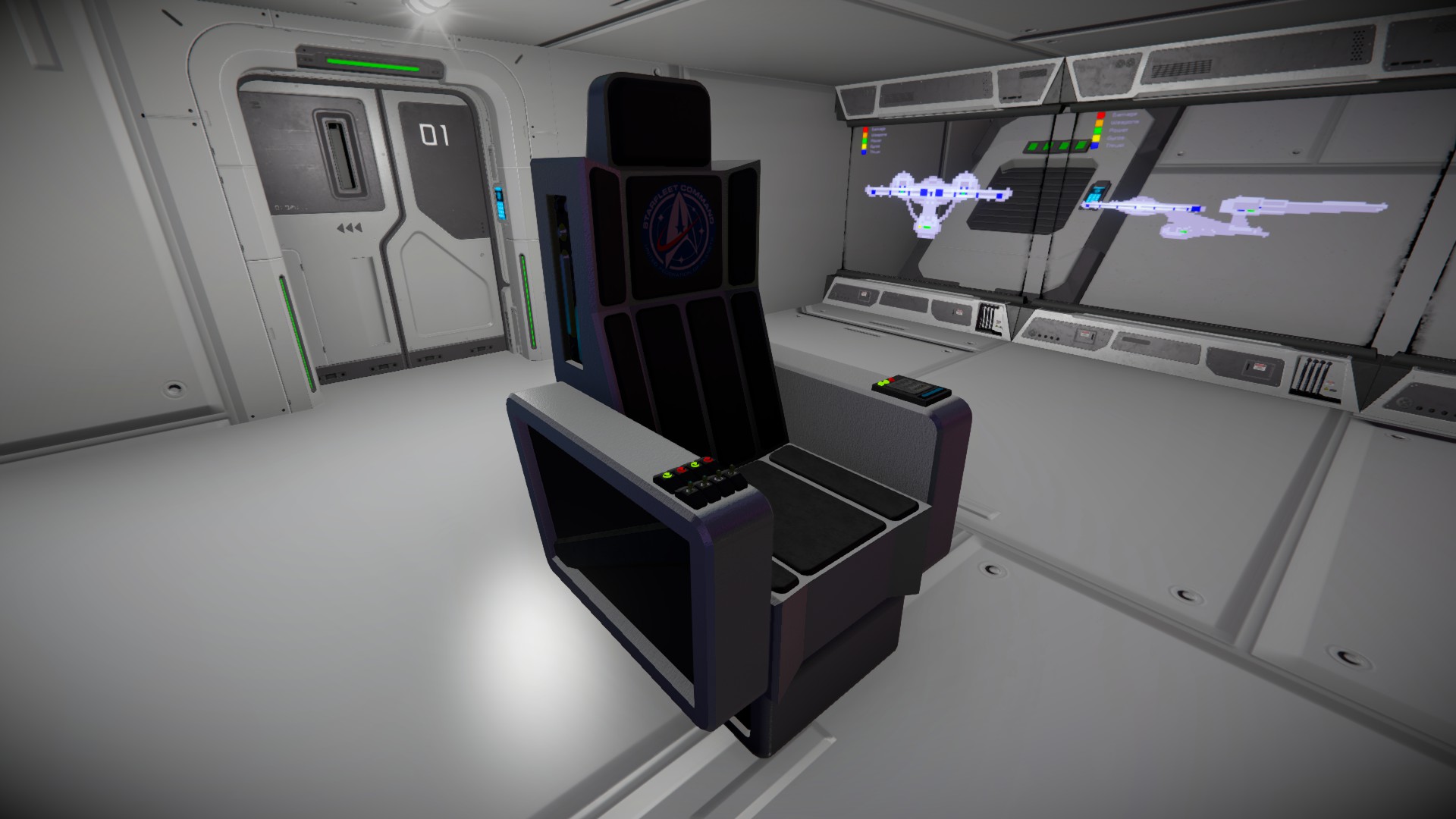 The Captain’s Chair is a cockpit block designed to look a bit more like what you’d find on the bridge of a Fderation starship. There are two variants, both for large block grids. 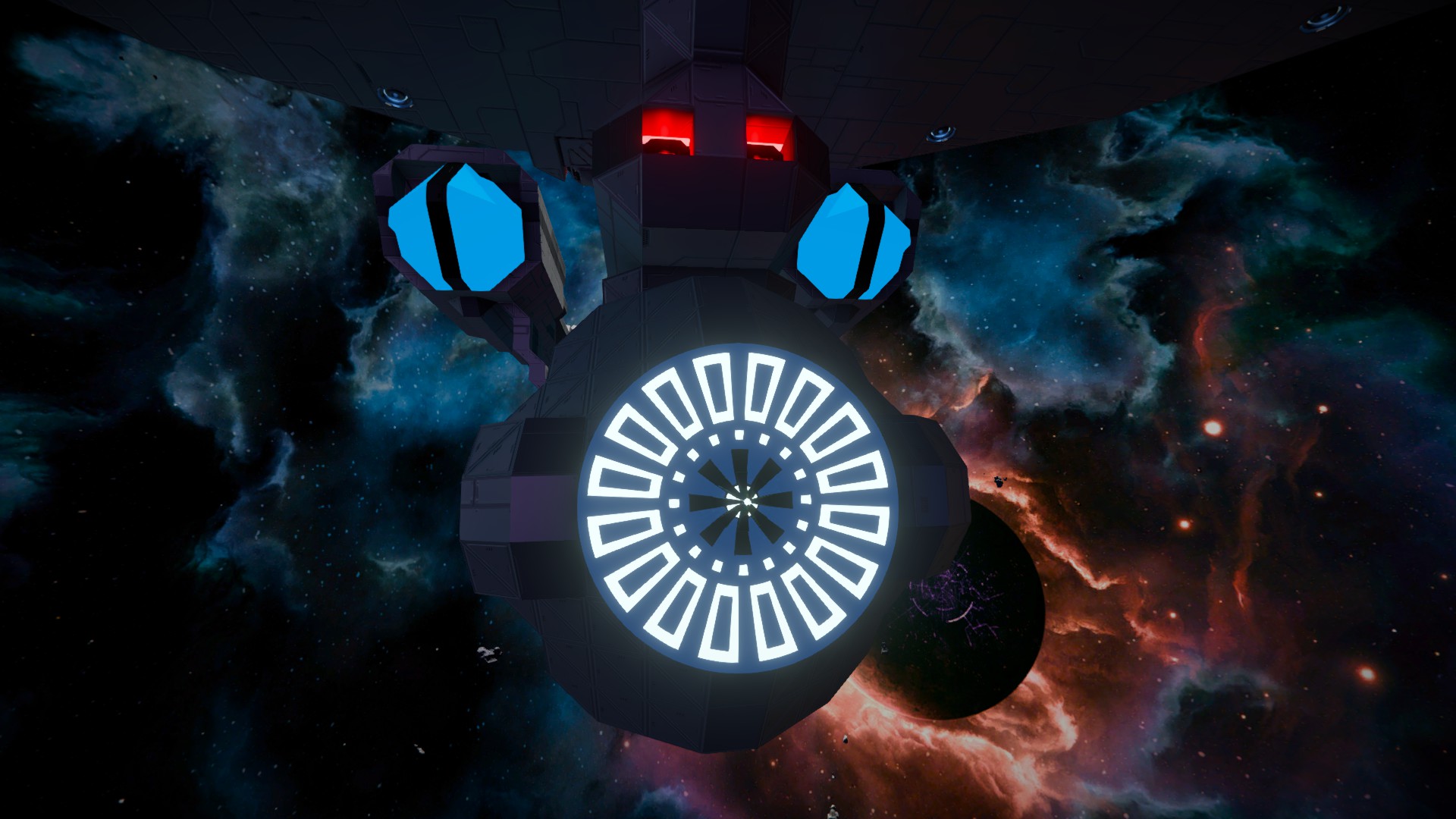 The Deflector is an antenna block with a standard 50km range. It is available for large block grids only. 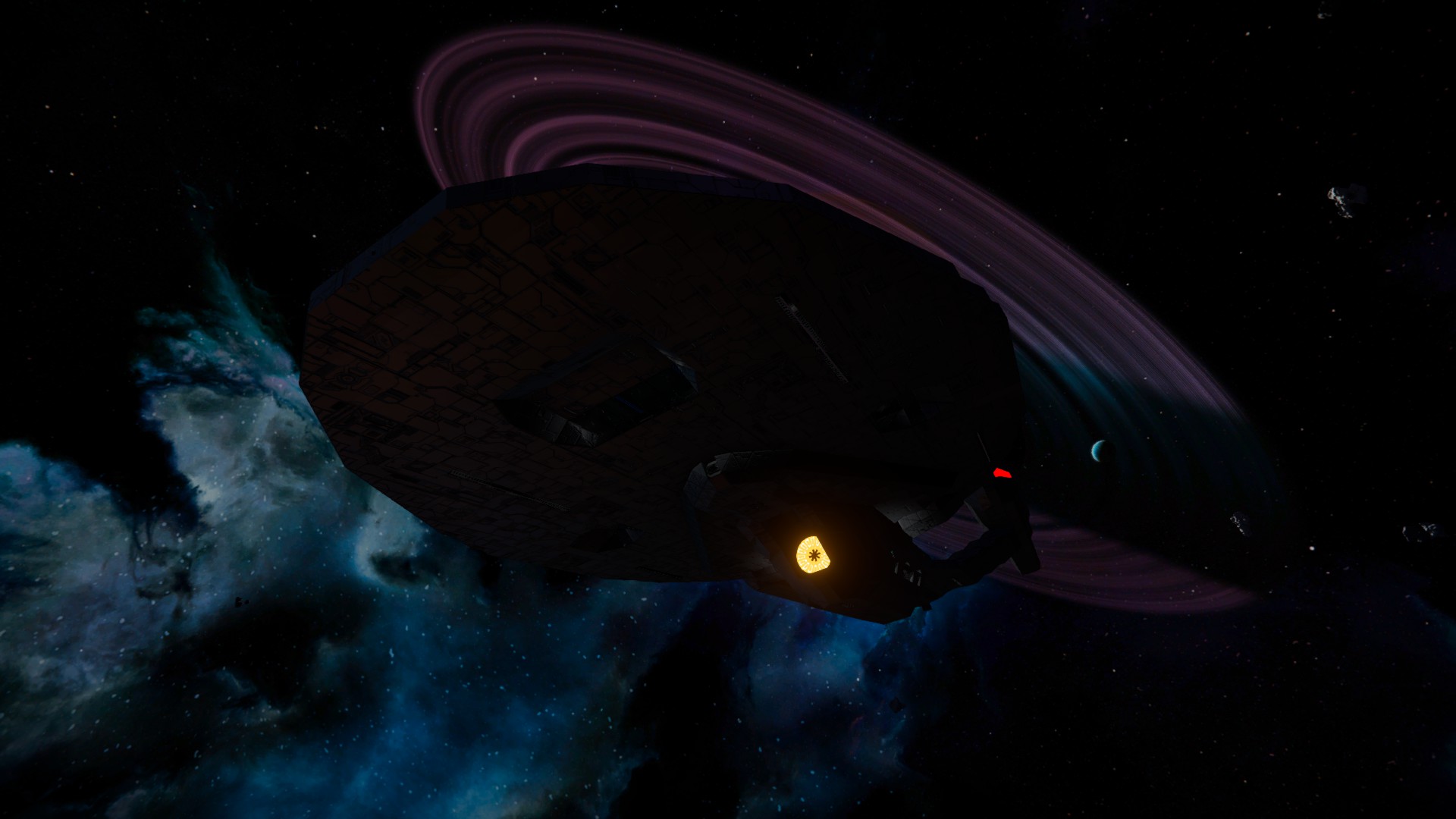 There are three variants, all of which feature a fully colorable emissive dish. 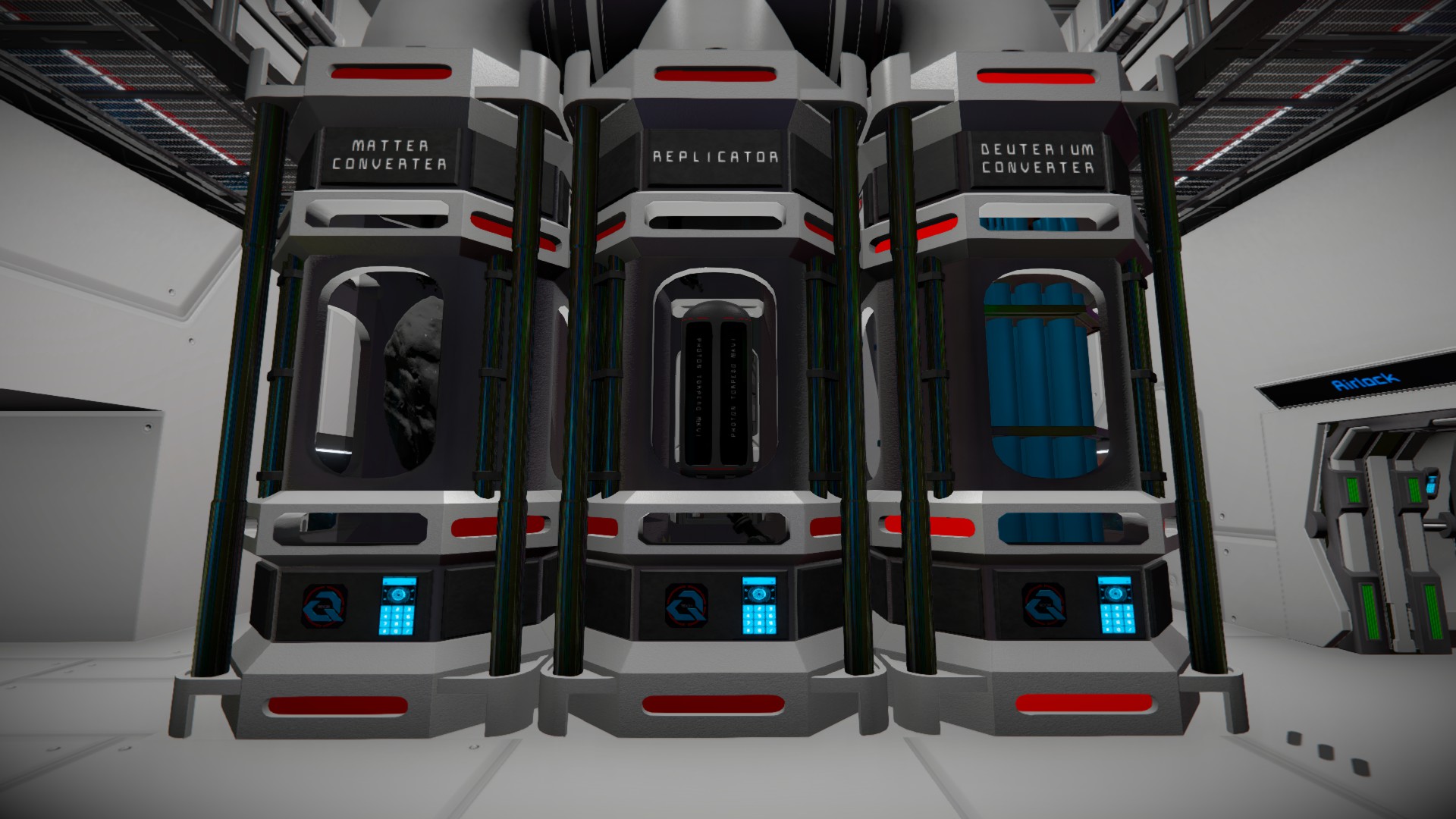 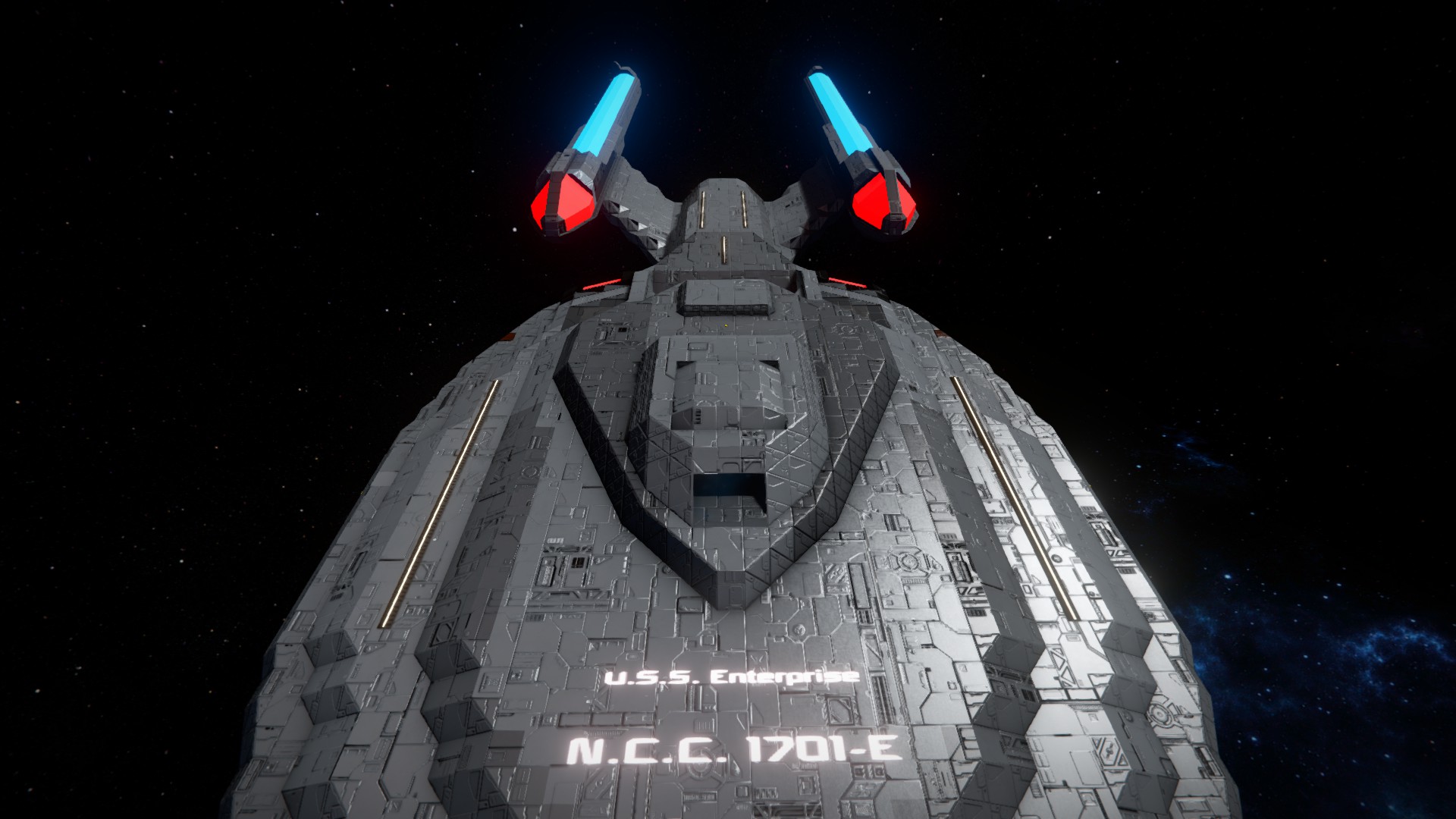 The Name Plates are transparent, frameless LCDs for ship names (or anything else really). There are five sizes, all for large block grids.

The Phase Cannon is a retractable Enterprise NX-01 style turret. 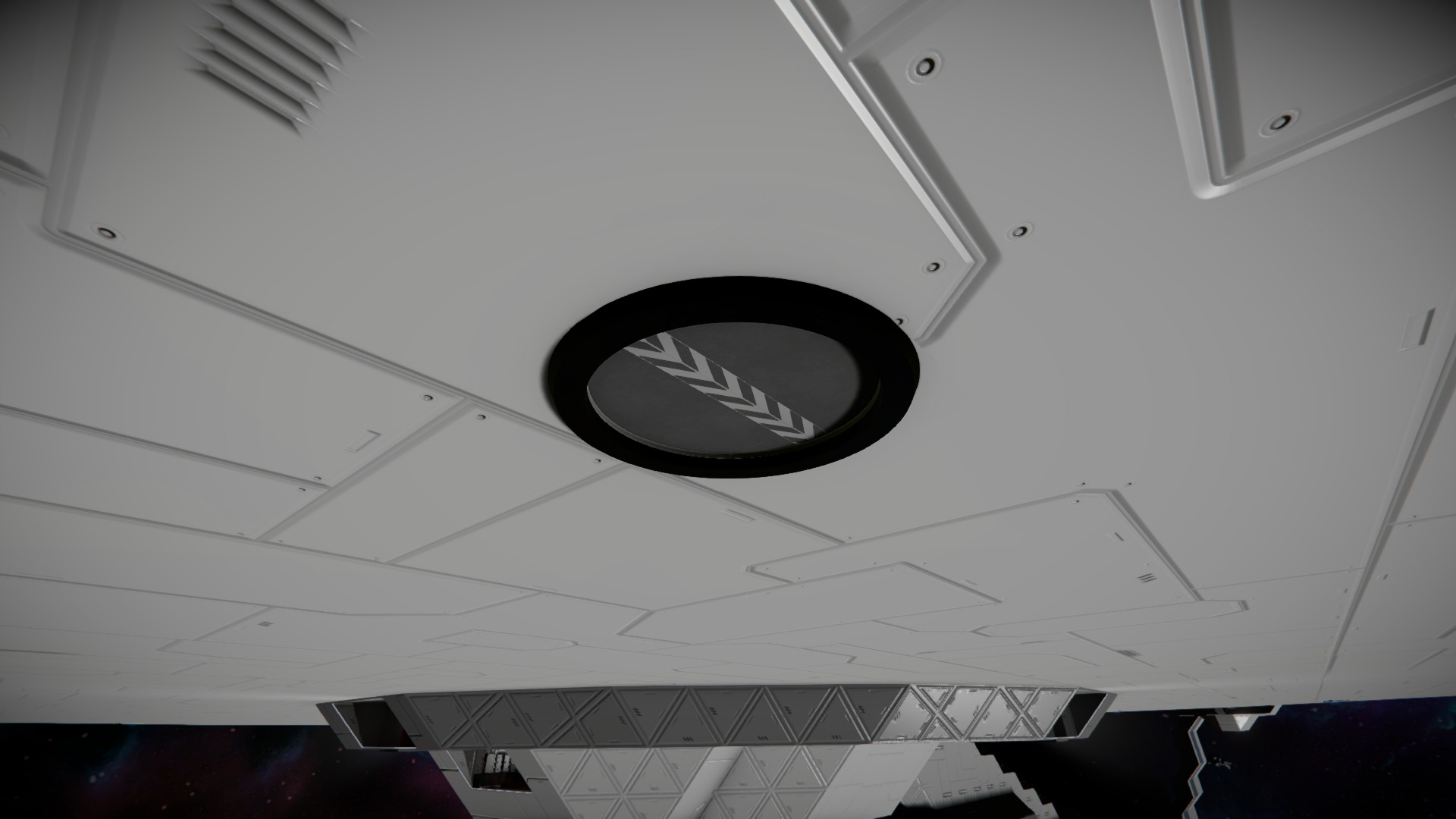 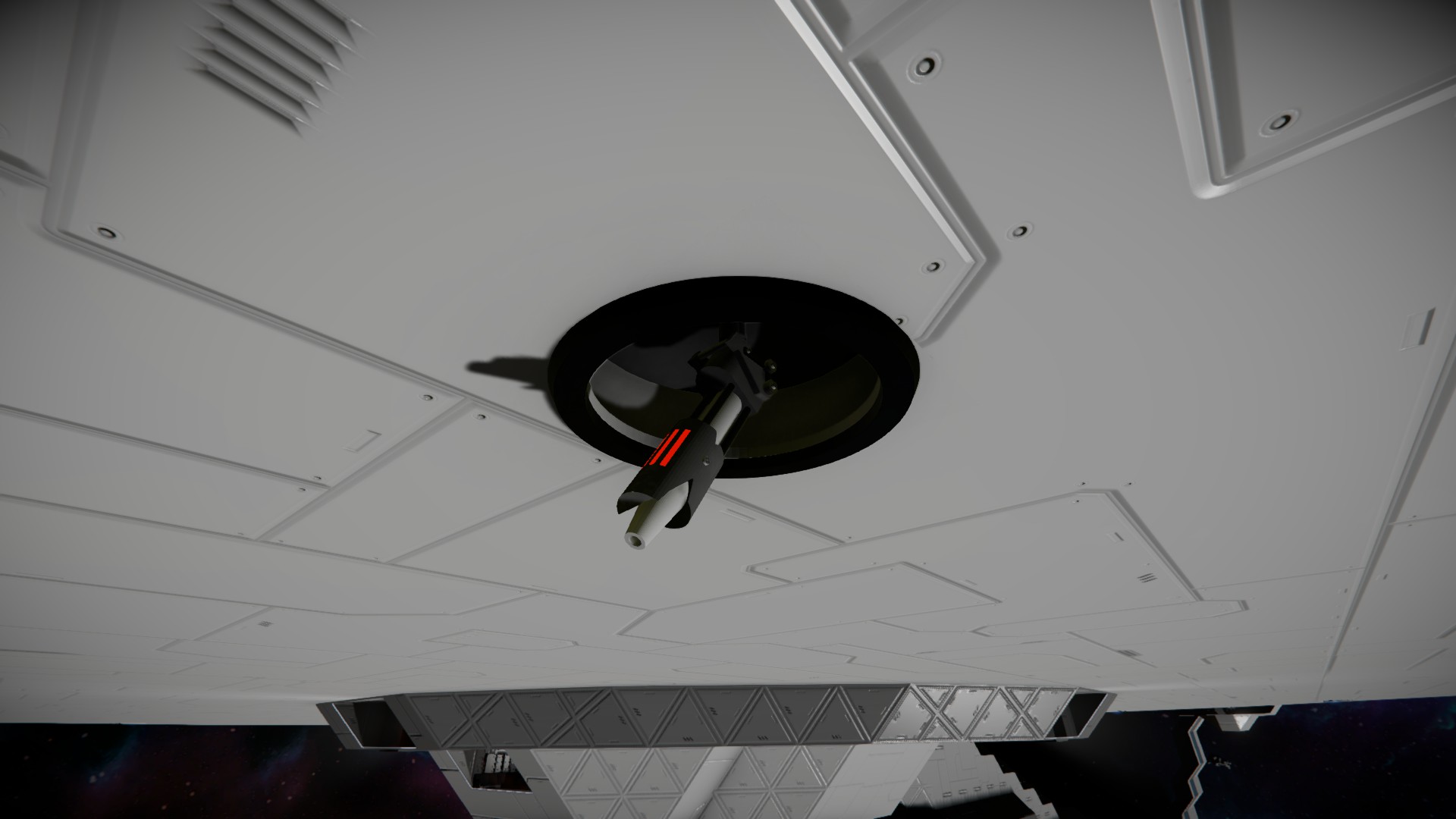 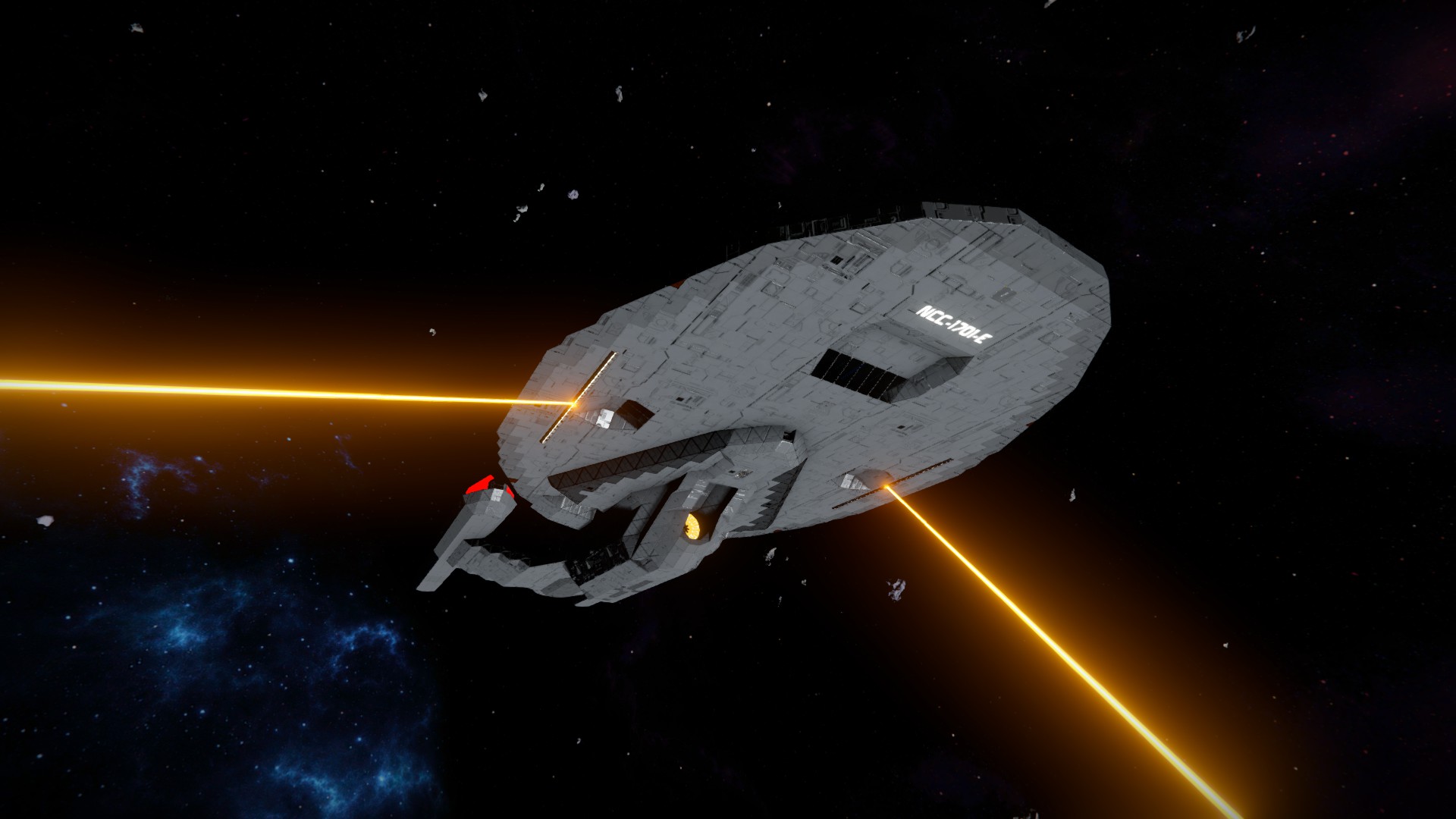 The Phaser Array is a TNG style turret. There are eight different types for both large and small block grids; MK1A-H and MK2A-H. All the phaser arrays are identical in range and power; the difference is in the length of the “runner” animation on either side. See the screenshot below for the ideal setup for each block.

The Support and Support End blocks serve two purposes. They are cosmetic in nature in that they provide the look of an actual Phaser Array when the animation is running. They also function as decoys and can be set in the Terminal to “mimic” various ship subsystems to attempt to draw enemy fire away from vital systems. 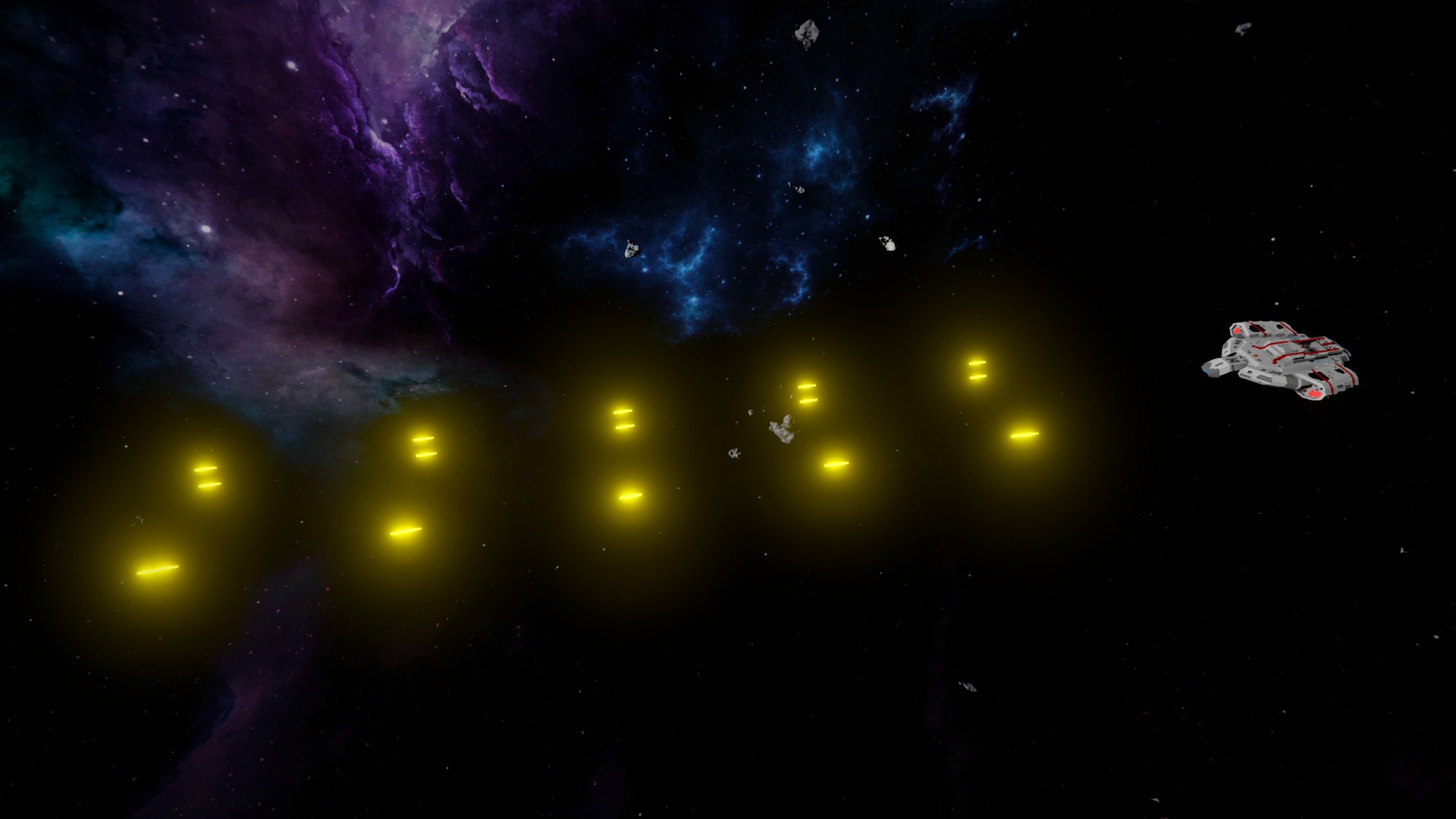 The Phaser Cannon is a Star Trek DS9 style fixed weapon as fitted to the U.S.S. Defiant. 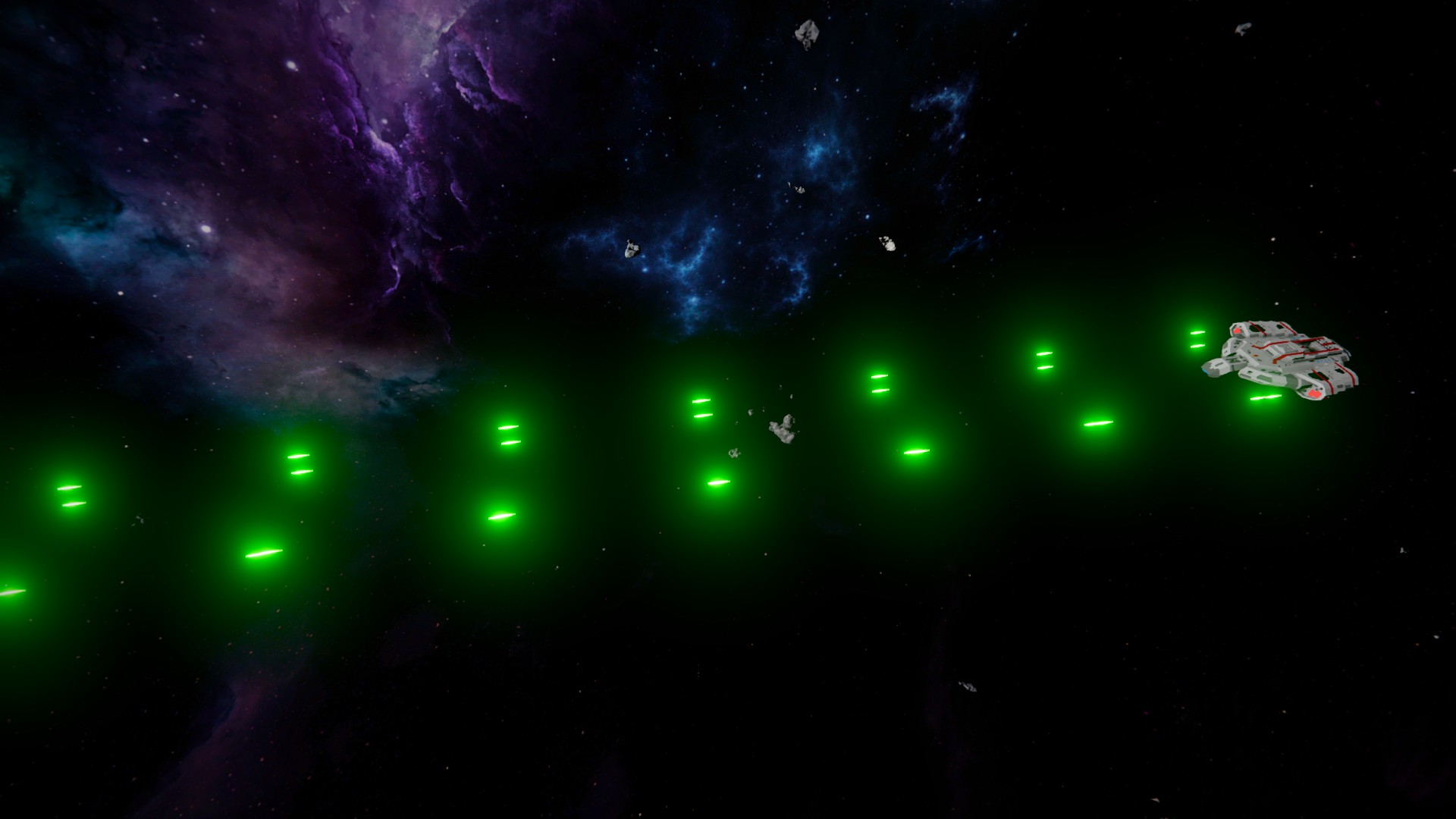 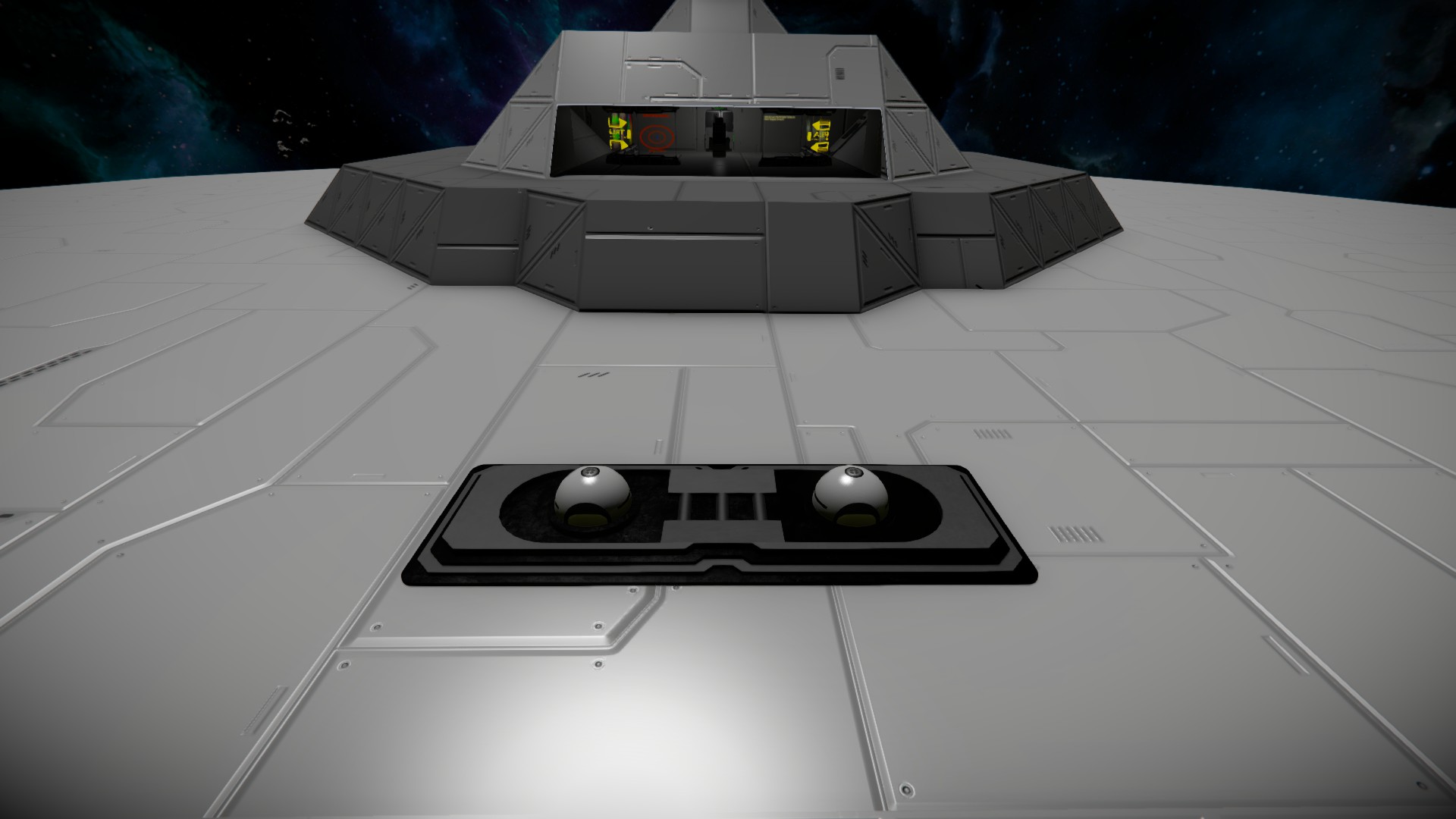 The phasers are more traditional phaser turrets made to fit the older style Federation ships. 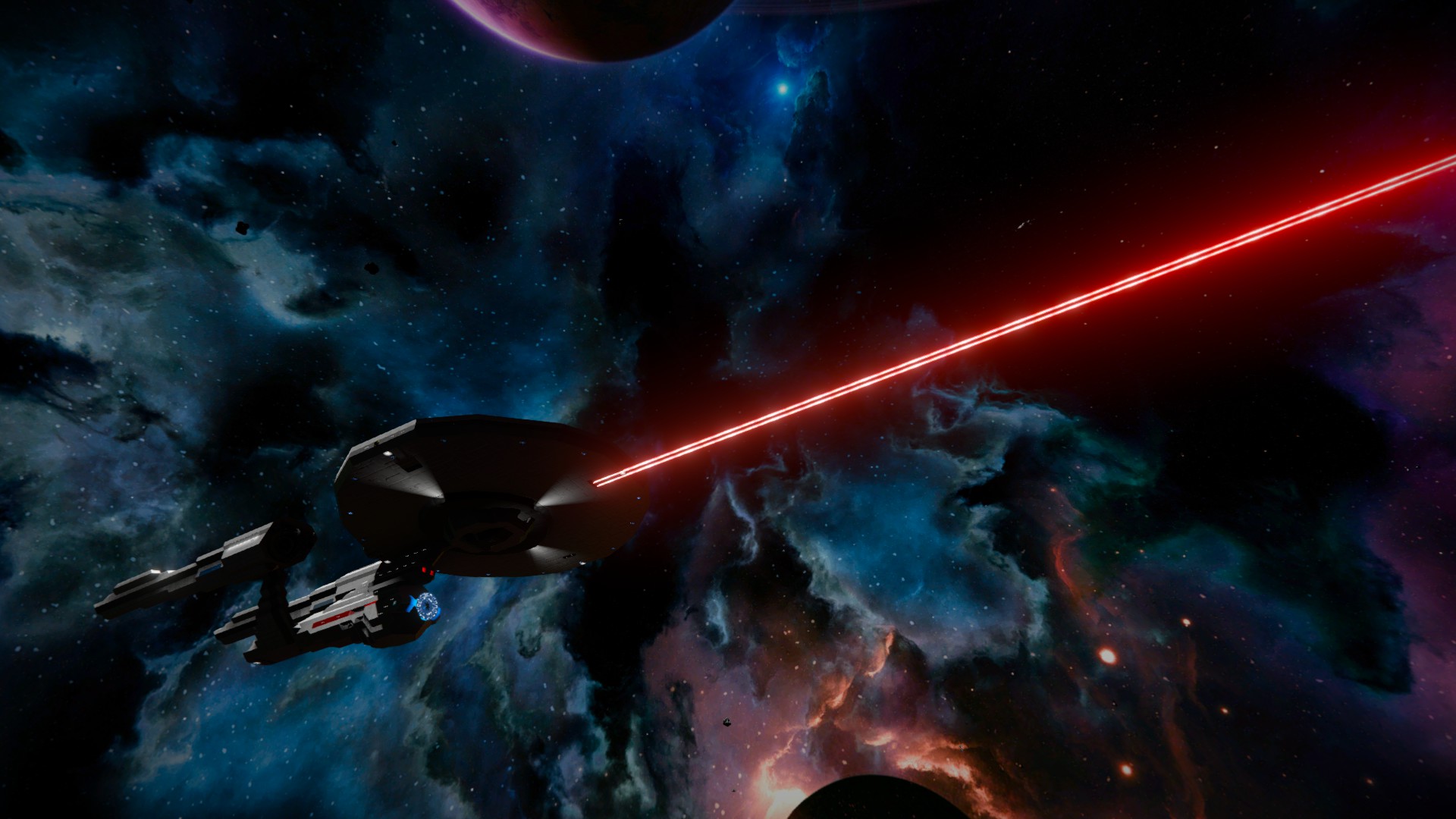 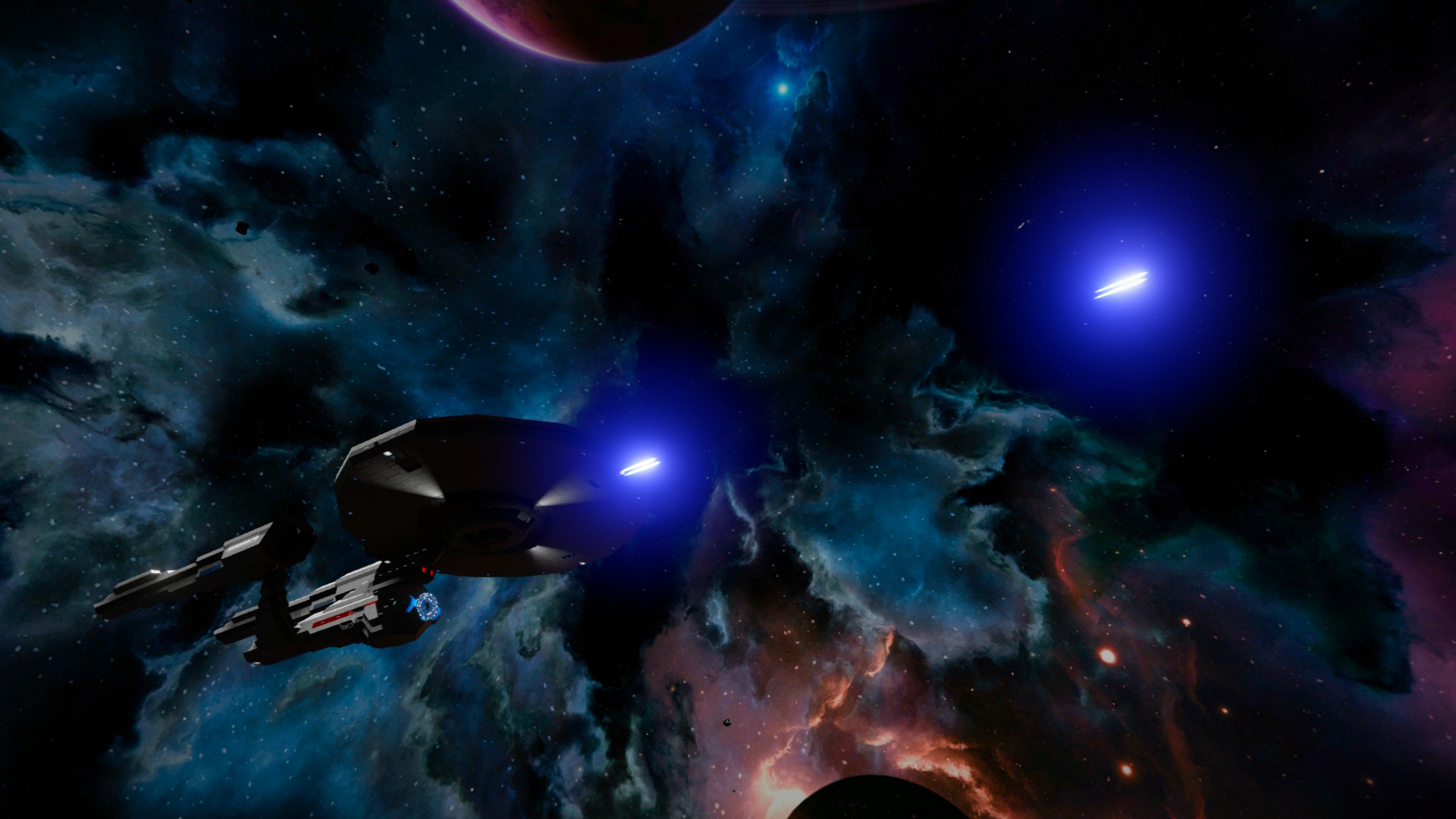 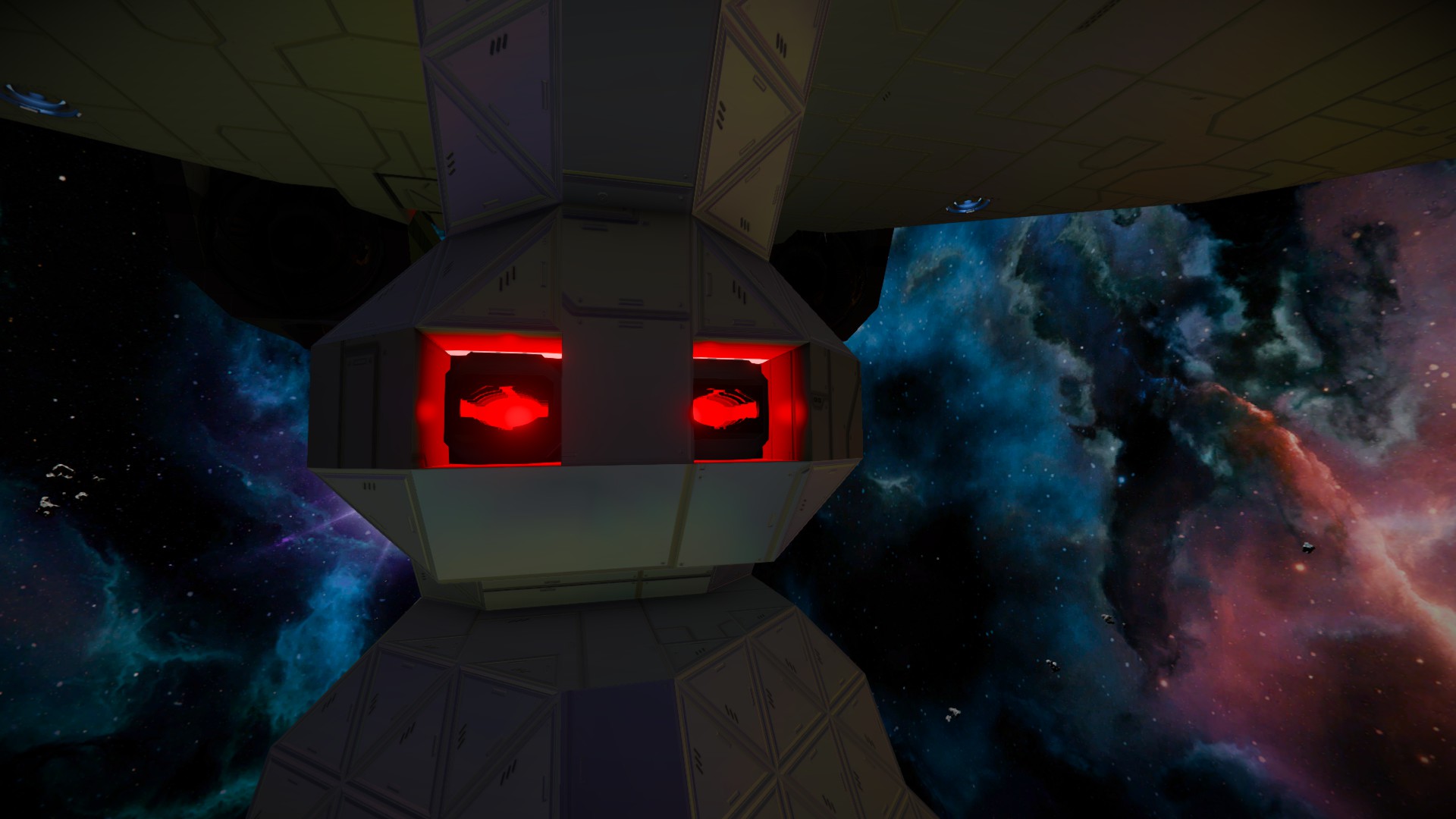 The Torpedo Launcher is a fixed weapon for firing a variety of Star Trek type torpedoes. 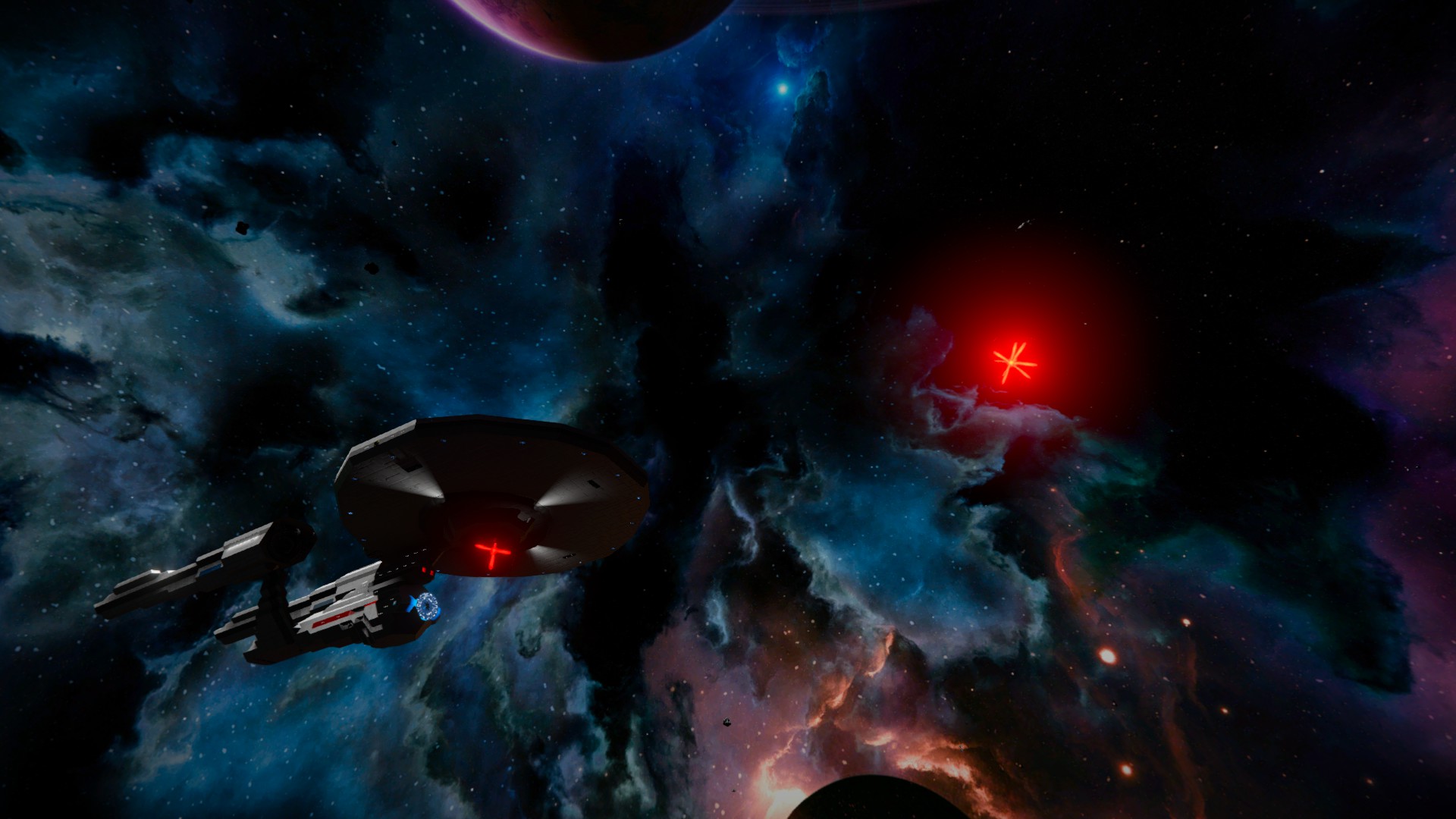 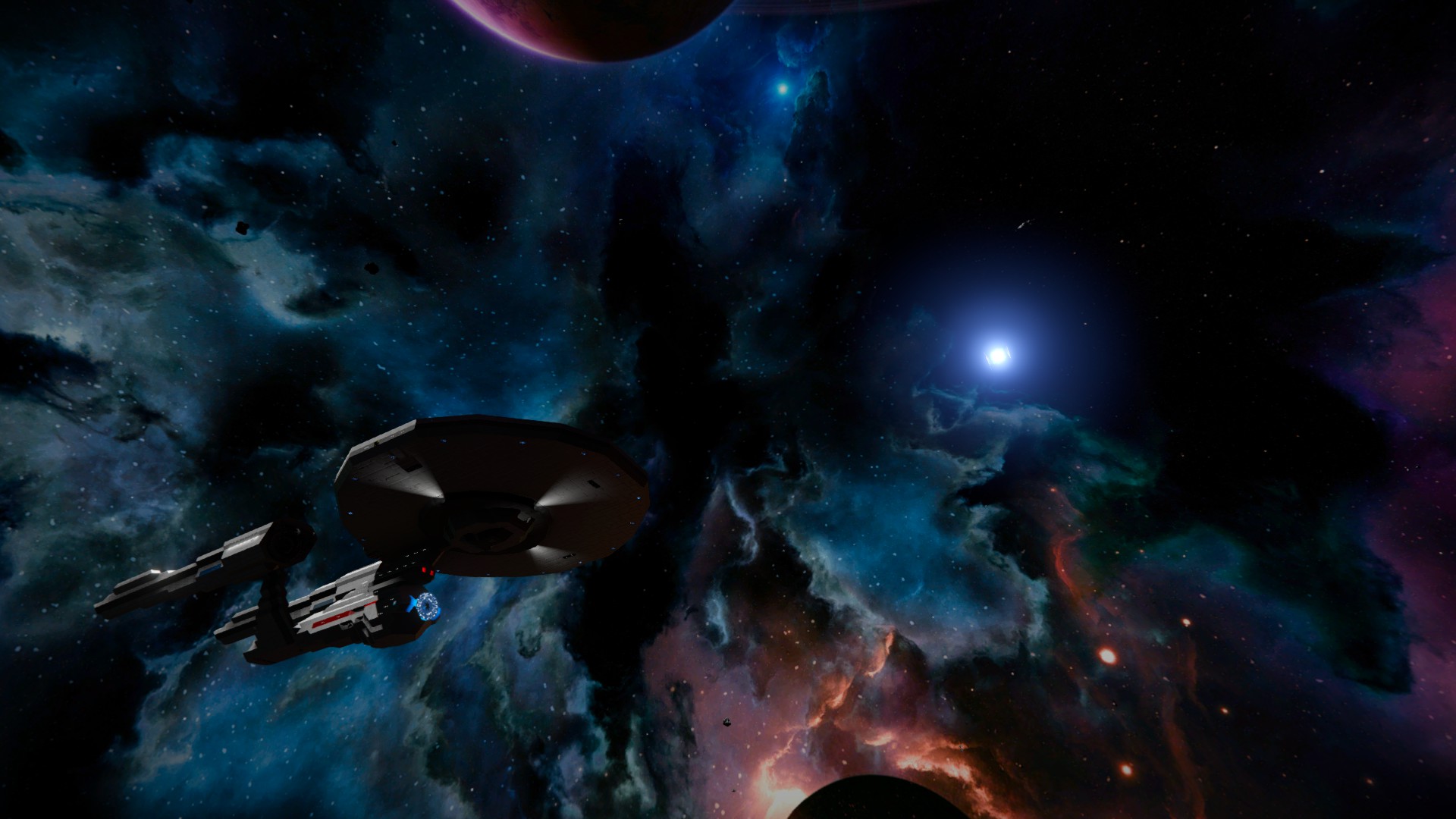 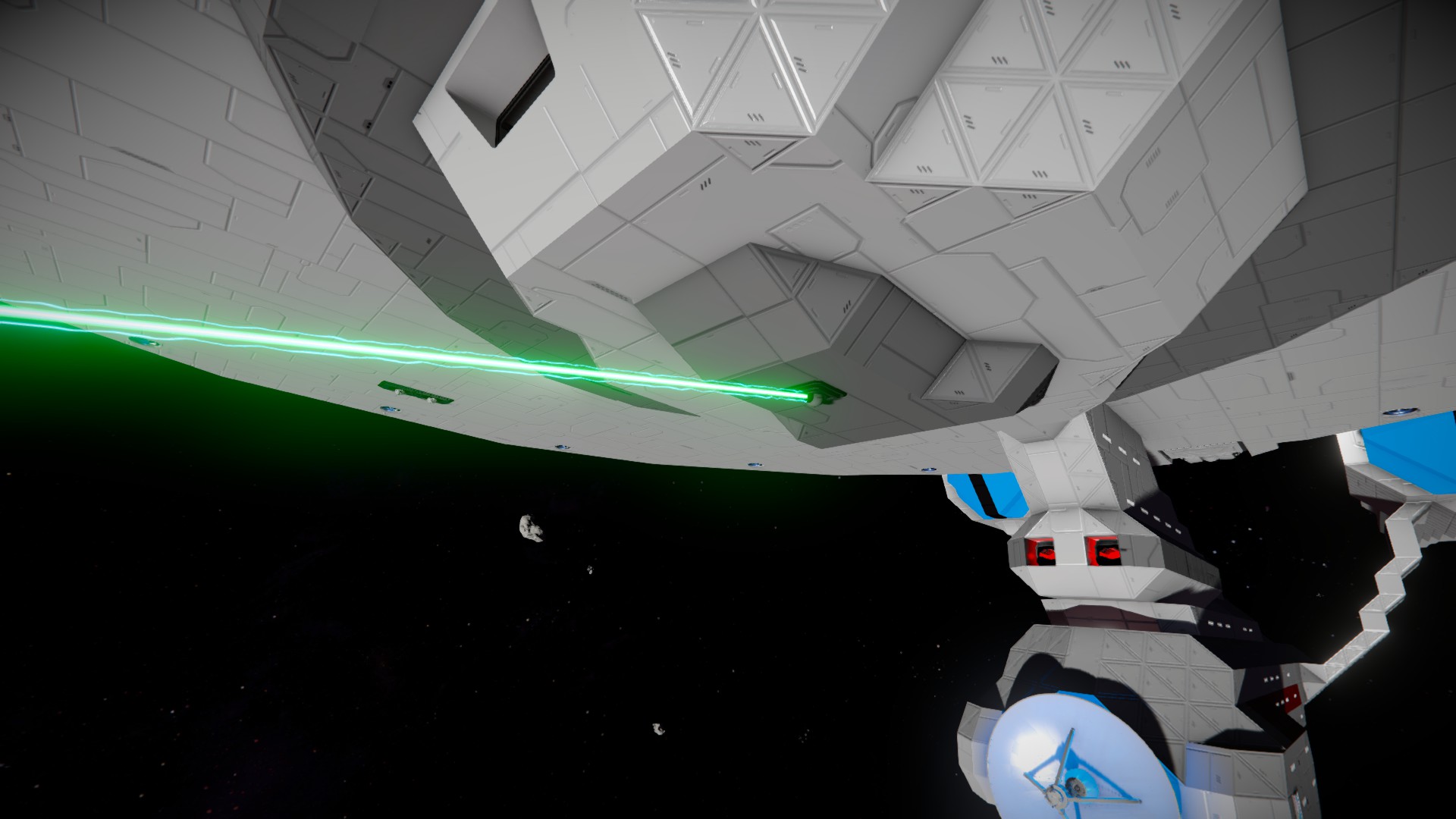 The Tractor Beam is a retractable turret that will pull a ship towards you until it is within approximately 10% of the max range from you, then it will hold it in place. 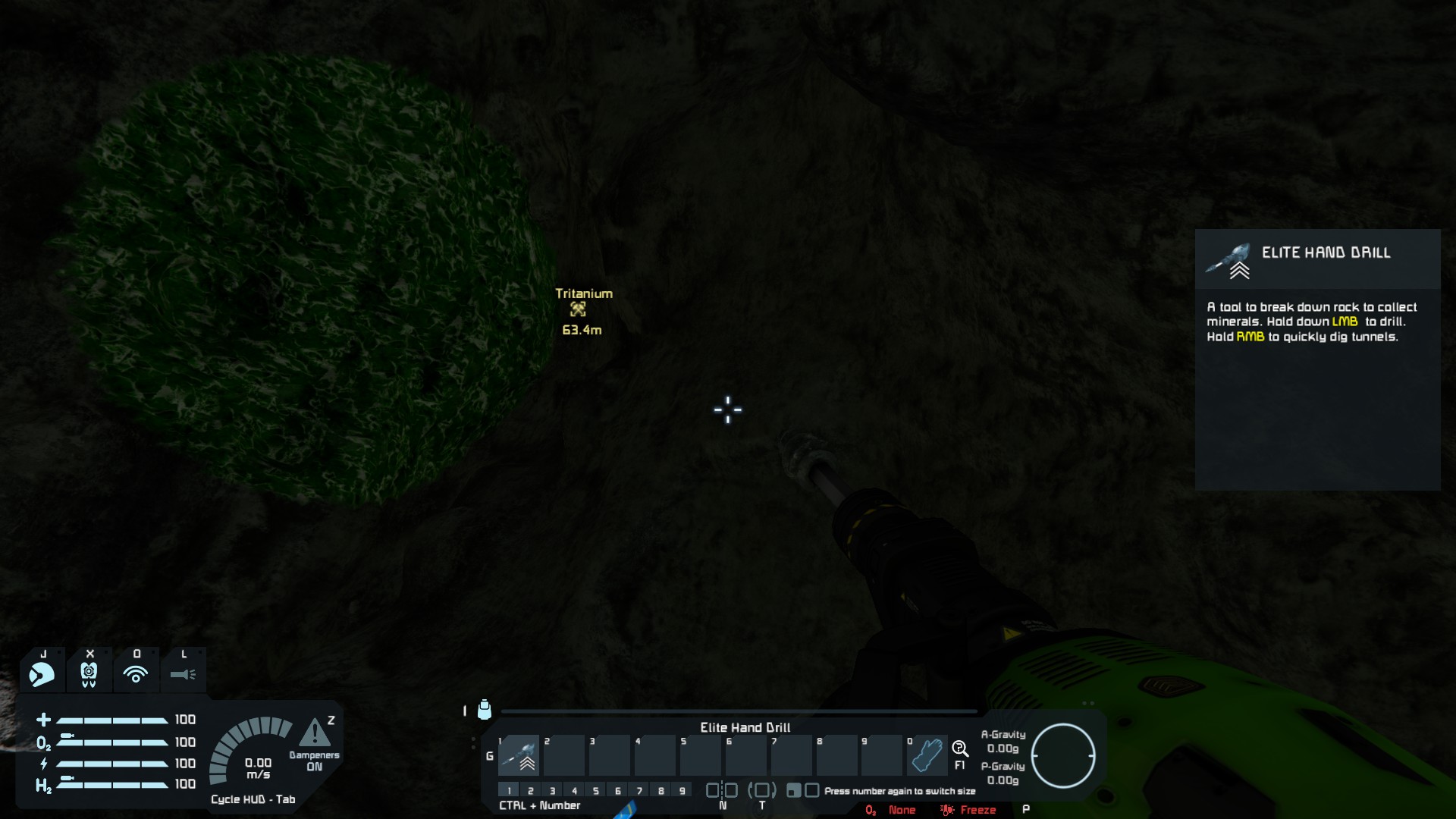 
There are also three new ores to mine and refine. Tritanium is green in colour, Duranium is blue in colour and Aluminum is silver in colour. 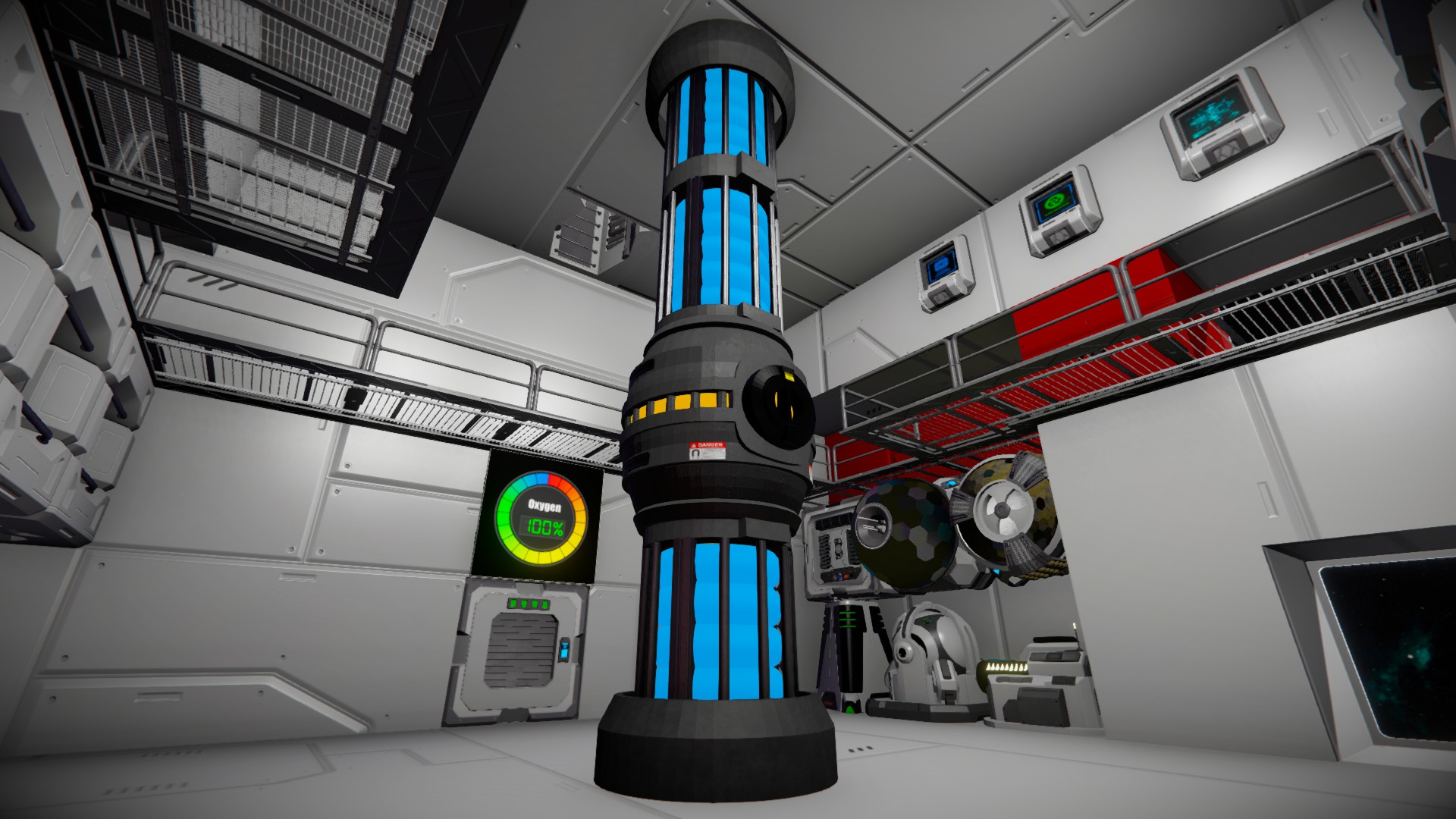 The Warp Core is a modular reactor system; each of the three parts is a large block 10GW reactor or a small block 2GW reactor. It is fuelled with Deuterium and Antideuterium produced in the Deuterium Converter from ice. Both fuel types are required for the reactors to run. The emissives on the Warp Core can be colored any color you like. 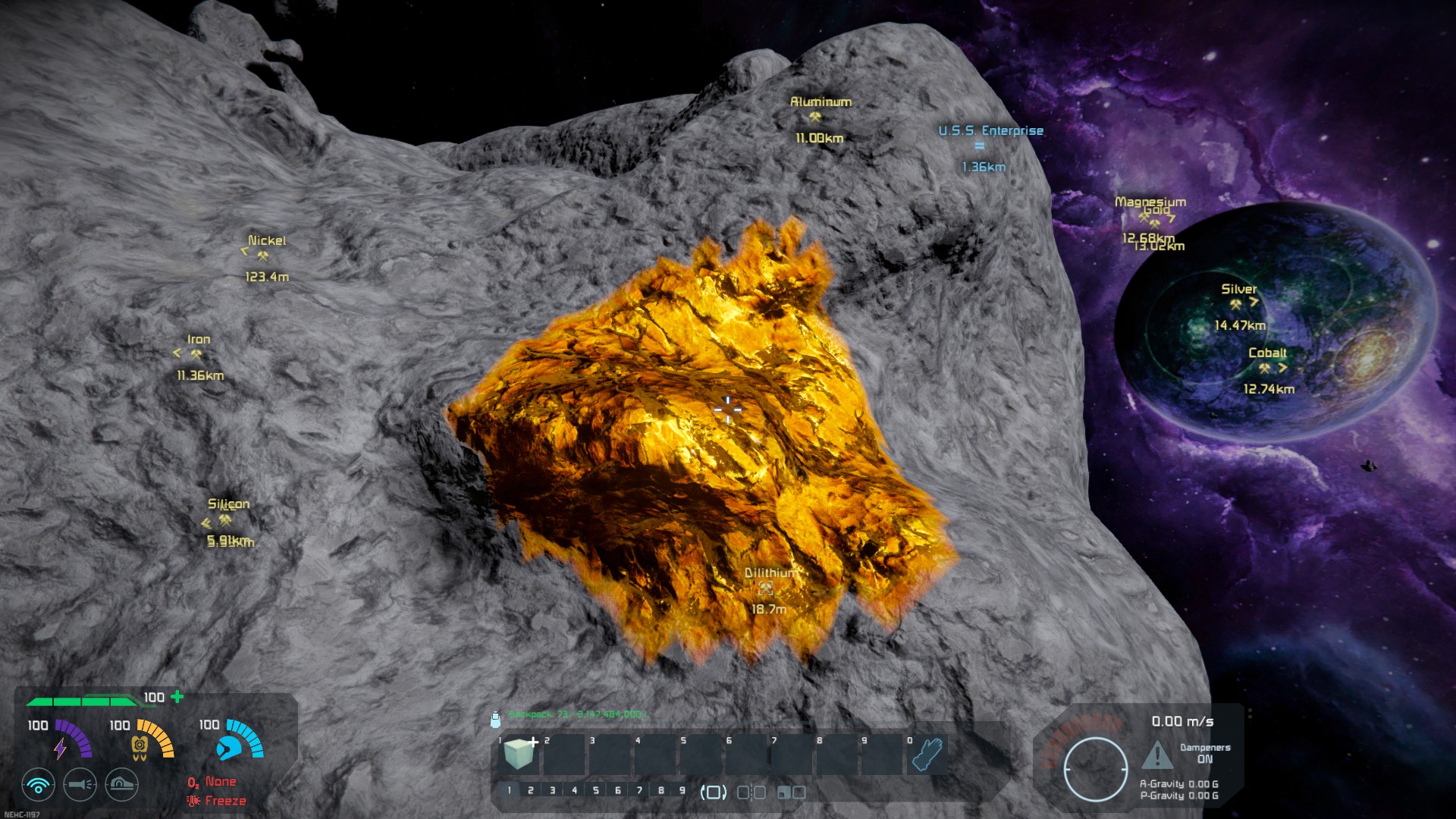 Sometimes things go wrong. Modding is not an exact science and sometimes things will break. If something doesn’t work then it’s tempting to just blame the modder; goodness knows we do mess up from time to time. However, before jumping on the internet and reporting bugs left, right and centre it can be helpful to do a bit of cleaning up first. Space Engineers leaves a lot of files lying around over time and cleaning these out is a bit like cleaning out your browser’s cache. It can help remove old things that should no longer be there. Most of them are harmless and just take up space, but sometimes they can cause conflicts.


If a mod is not behaving the way it should, or your world won’t load or your game crashes to desktop, run through the following steps to see if you can fix the problem yourself.

Sometimes you will find that my mods conflict with other mods on the Steam Workshop. There is not much I can do about that I’m afraid.


If you’ve gotten this far without falling asleep, well done and I hope it was useful to you in some small way. Enjoy the mods!

I hope you enjoy the Star Trek Mod Pack Guide – Space Engineers guide. This is all for now! If you have something to add to this guide or forget to add some information, please let us know via comment! We check each comment manually!