This is the sad tale of the purple kingdom, nicknamed “Disney Kingdom”. it is a tale of bravery, loss, hope, and despair. This WON’T be for the faint of heart.

Basically this era was in the first 50 years where society was created, and many kingdoms came along, but they were all conquered by the purple nation, which were quickly renamed “Disney Kingdom” because they took over the world just like disney. And the king of disney (his original name not known) changed his name to mickey mouse.

This lasted from the age 50-186. since the people of this unnamed world didn’t die of old age, humanity’s numbers rose in this newfound peace. However, the entire known world was surrounded by a large mountain range that was made from an unknown mineral. an unbreakable one. For the longest time people wanted to know what lay beyond. little did they know, they would soon find out….

This age lasted from 187-200. No one knows what caused the cataclysmic event that unfolded in those 13 years. On Mickey Mouse’s 187th birthday (he was one of the first humans), he heard a massive BOOOOOOM! (it sounded kinda like a nuke or something) that shatter the south-west portion of the mountain range, killing Mickey….what was behind the mountains…? Horrible, bright red demons that have completely ravaged the outside world for the last 187 years! 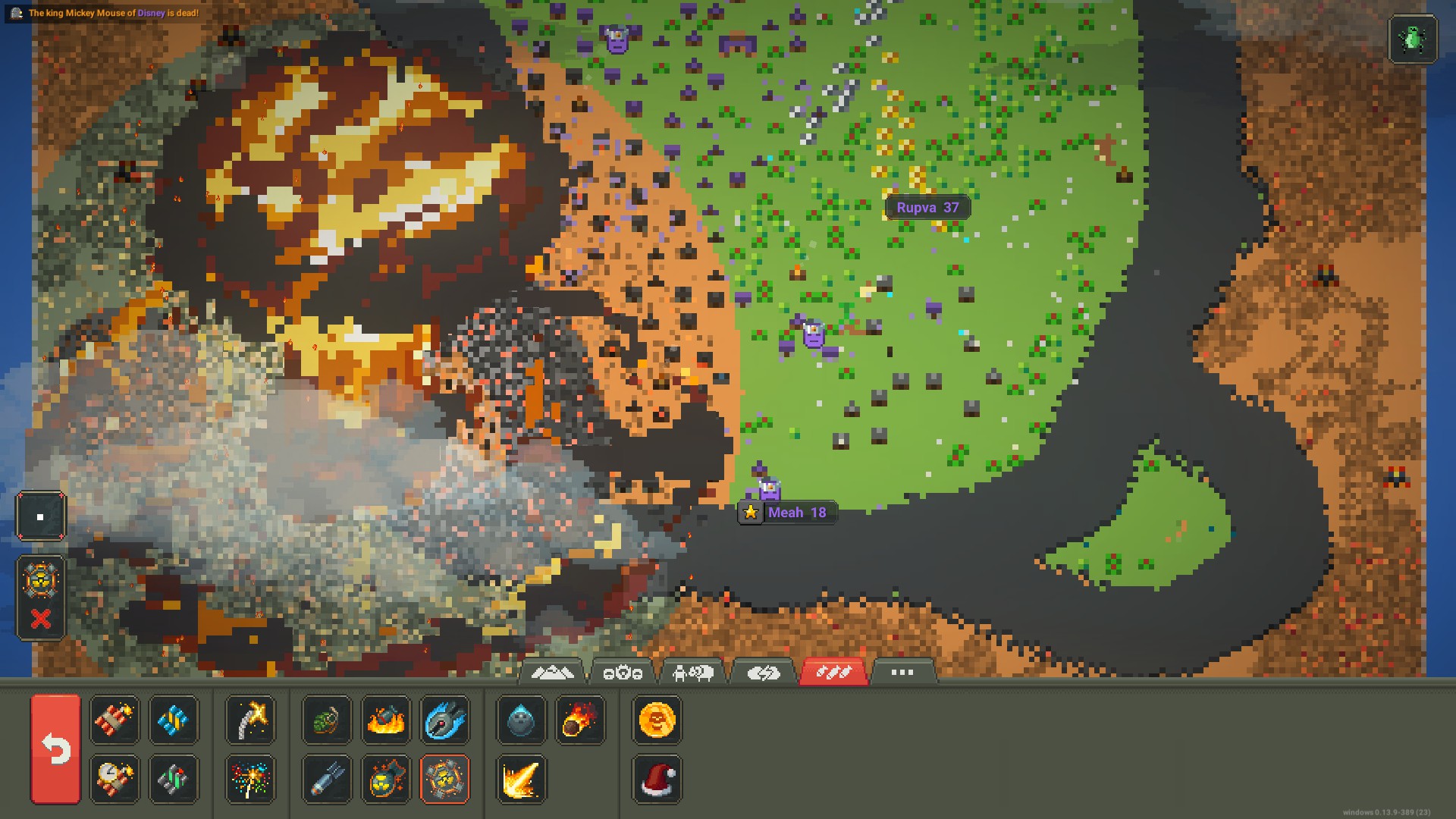 They couldn’t stop the demons. They sliced through humans as if they were butter. in the next 13 years humanity lost 3/4 of the human territory to the demons… 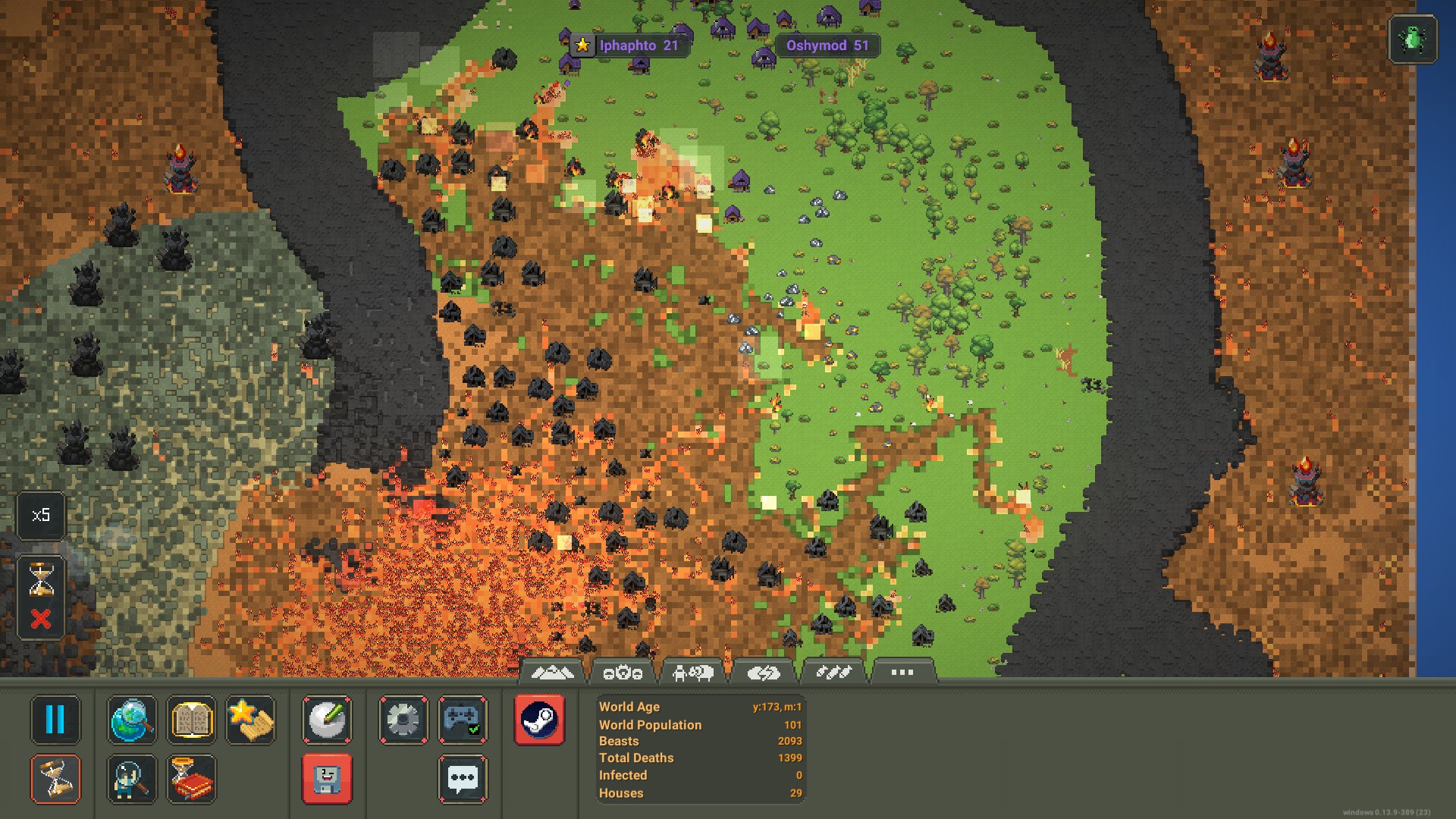 Humanity holed up in the 1/4 they still had. 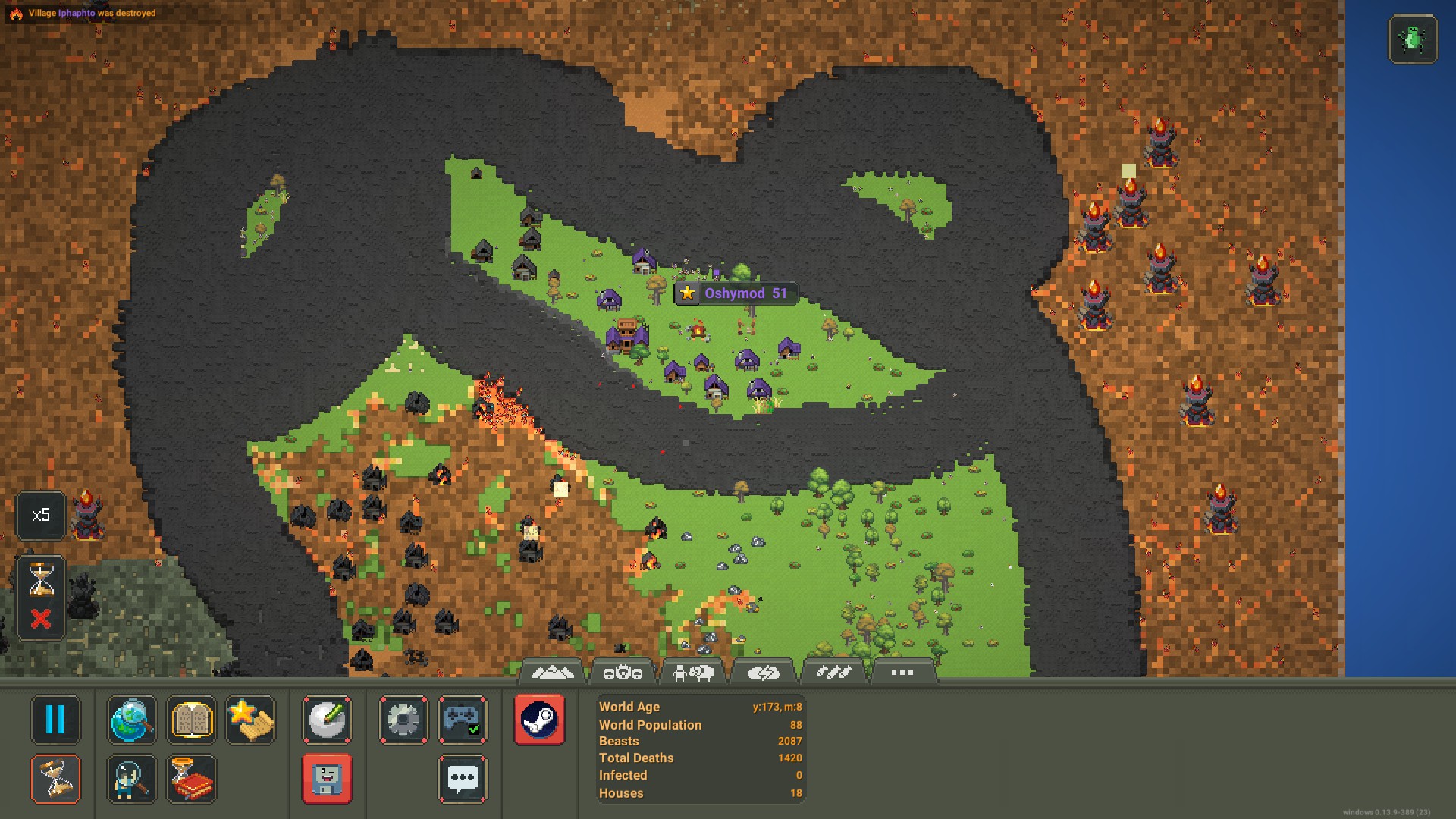 The Age of the Counter-Attack

It had been a full century since humanity holed up in the patch of land they had left. They feared the nuk- uh, whatever caused the mountains to be destroyed. The demons have destroyed the outside world, building towers to assert dominance on anyone who was left behind outside the wall. 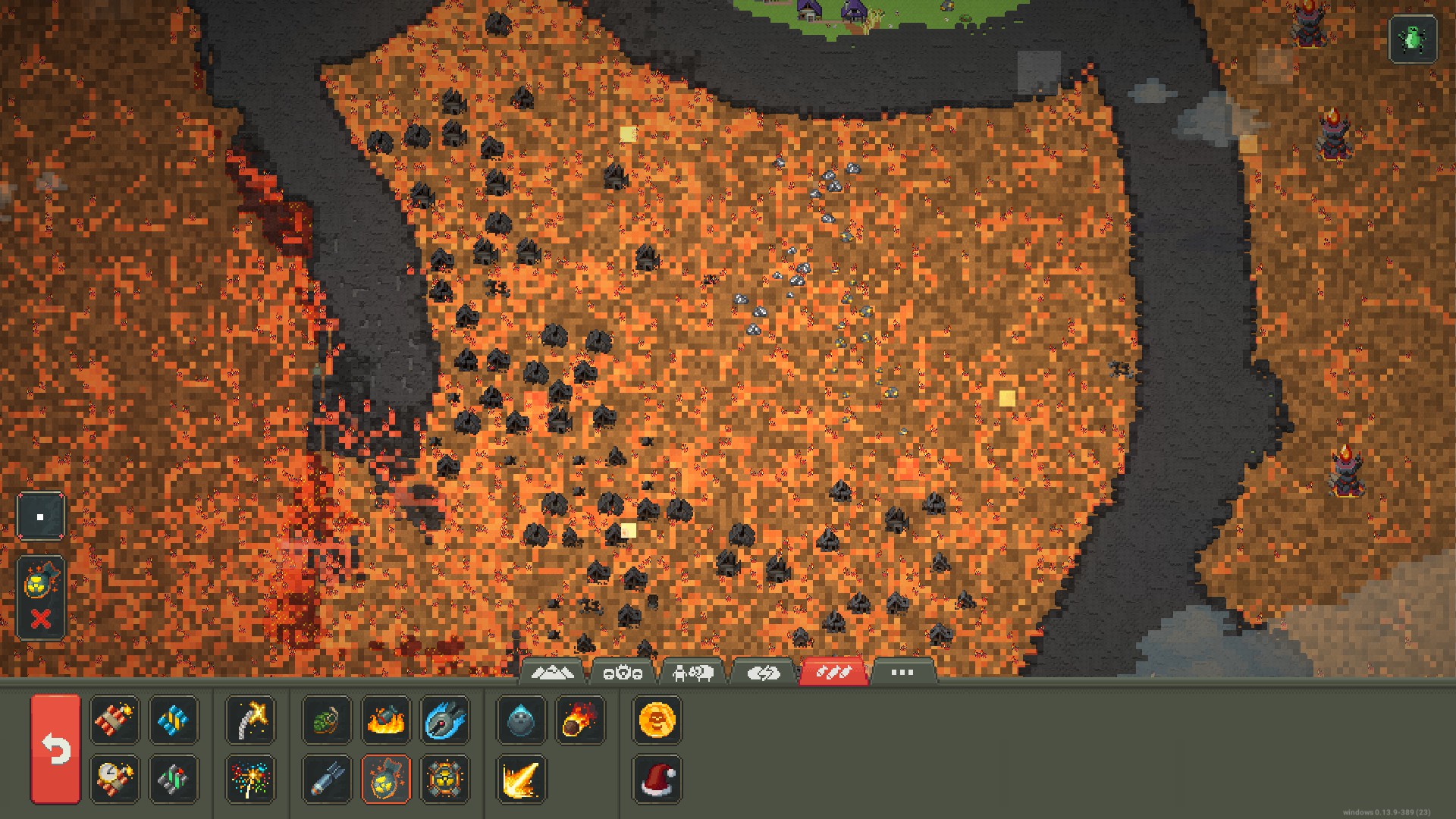 BUT, humanity had one last plan. A plan that Mickey invested in decades prior if something like this happened, and they just now broke through and discovered the secret…to nuclear energy. But many were fearful if it back fired, and they ended up destroying the only defense they had against the demons. the wall. But before they could decide, the demons made a new kind of tower. An offensive tower. A tower that could shoot a beam of heat at the wall! When demons fired it, it melted the wall. 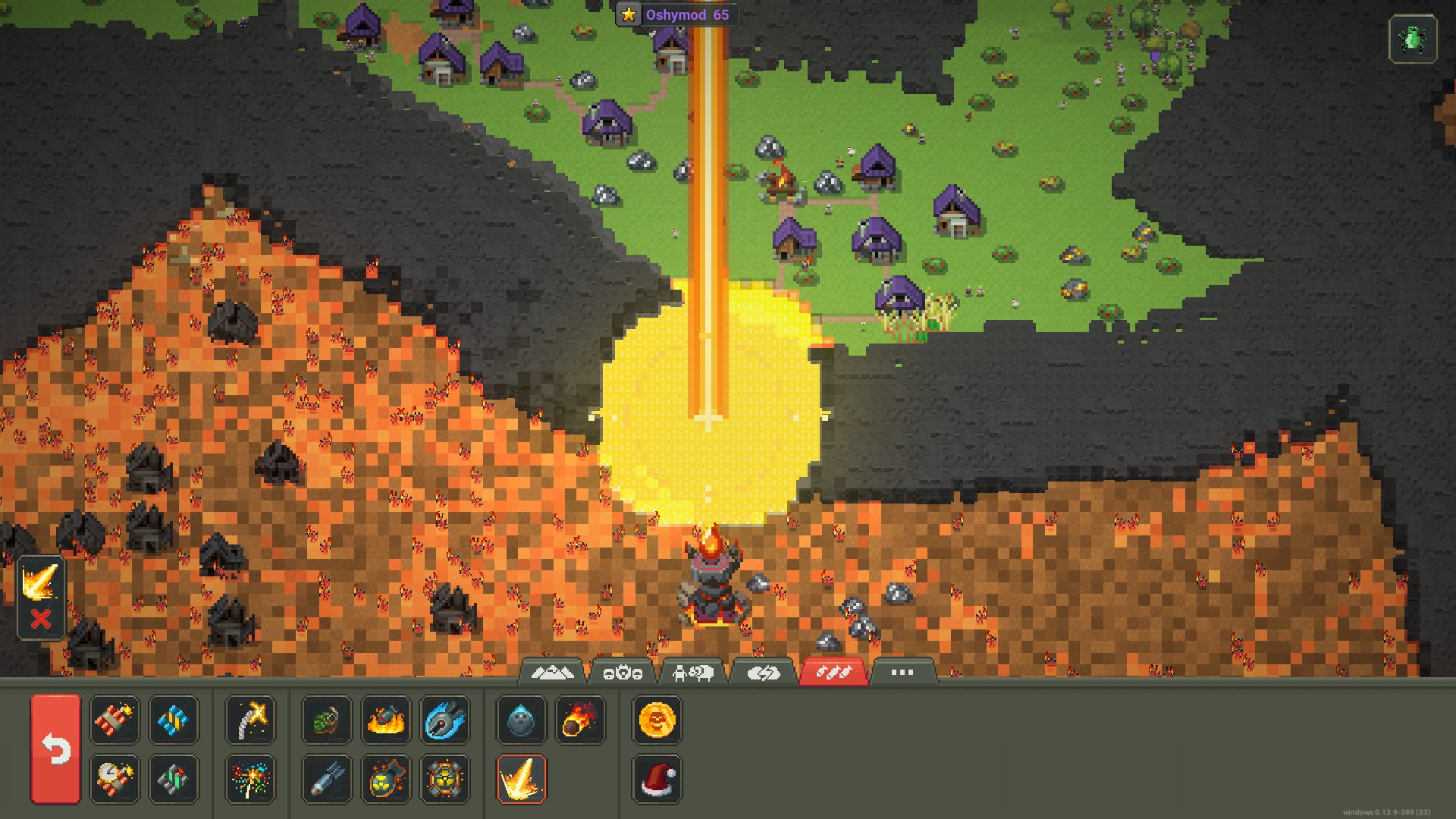 The demons came and attacked, but the people had a defense. A last resort. Nuke EVERYTHING and hope that it wipes out the demons. 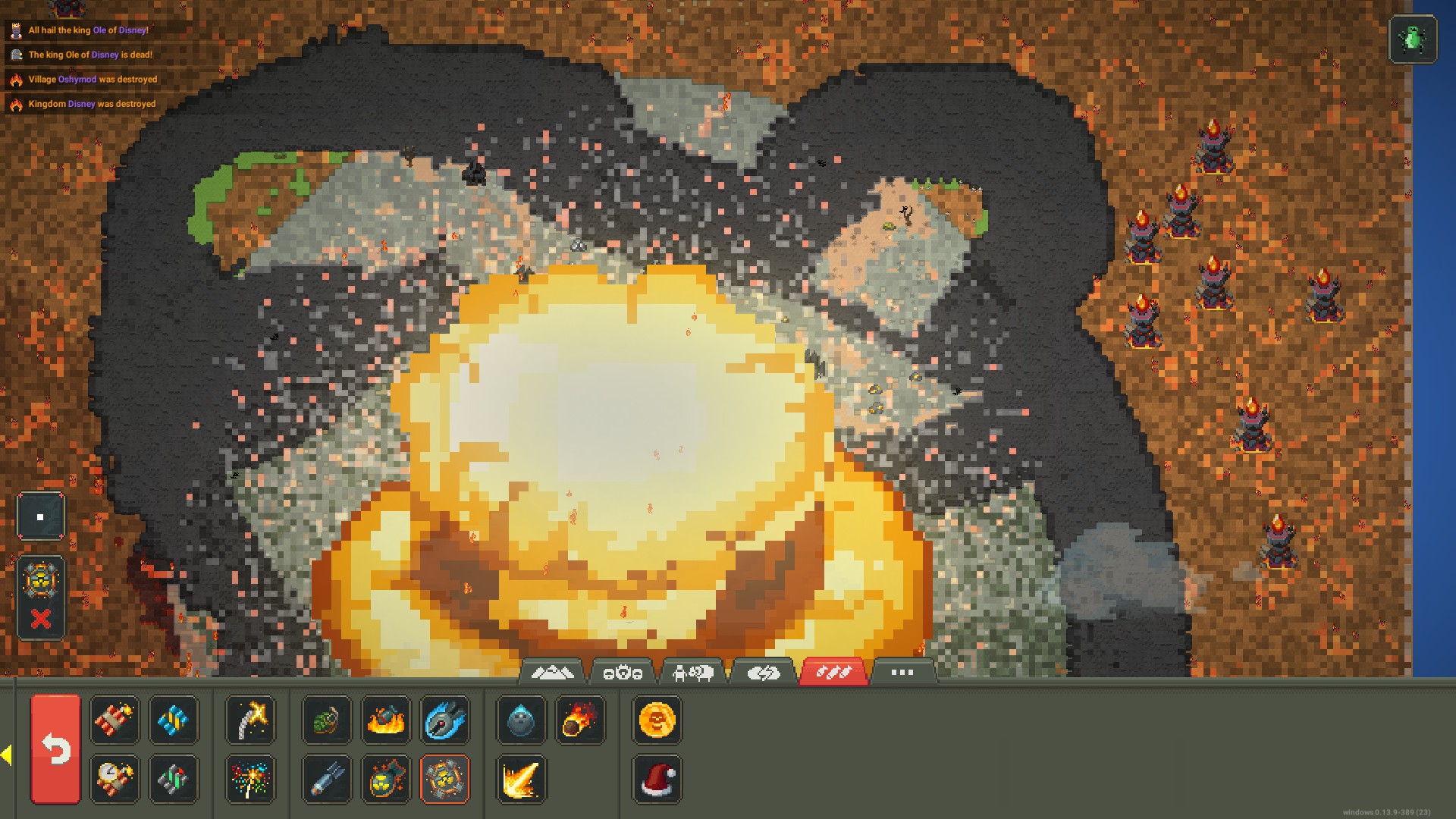 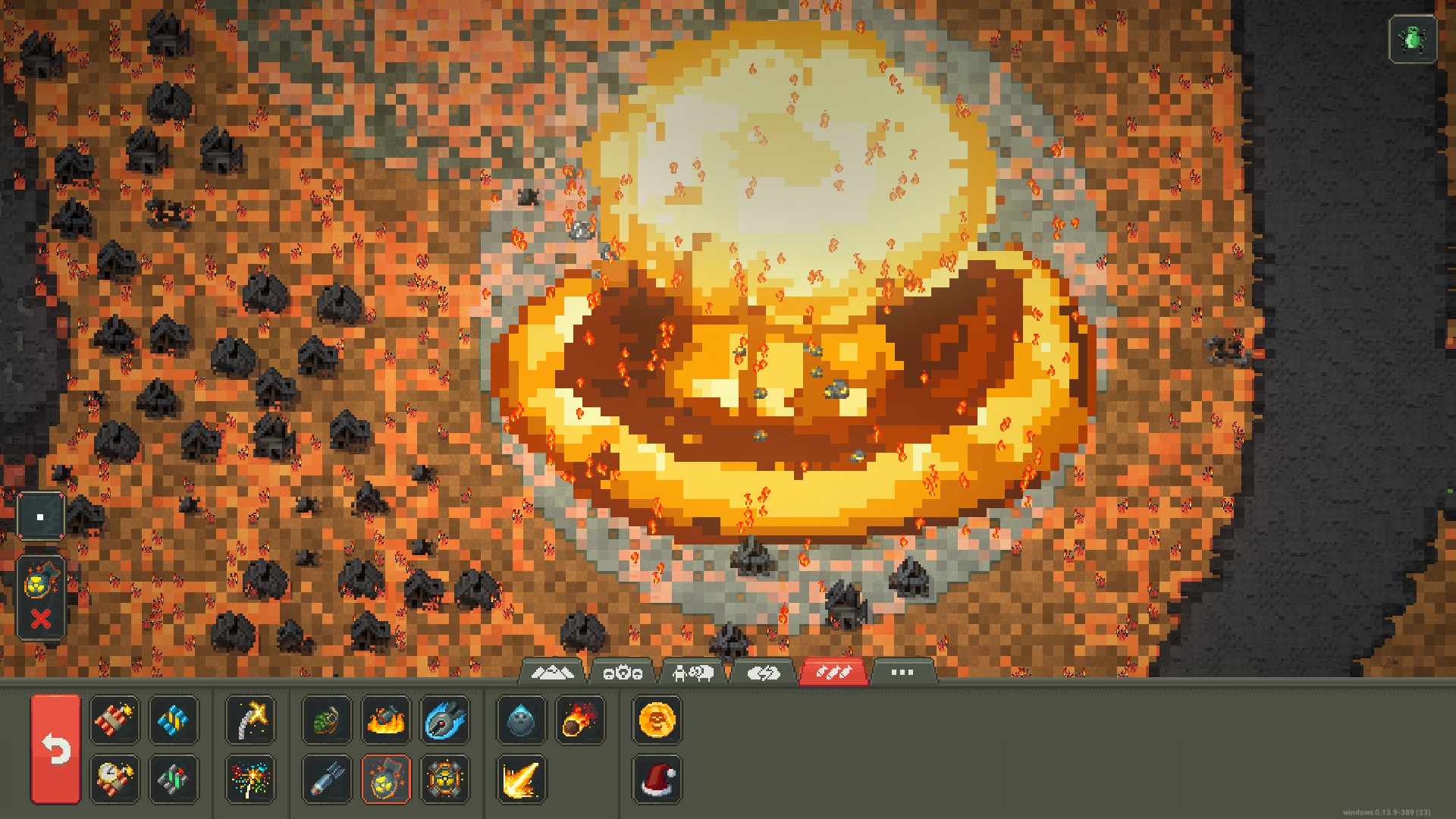 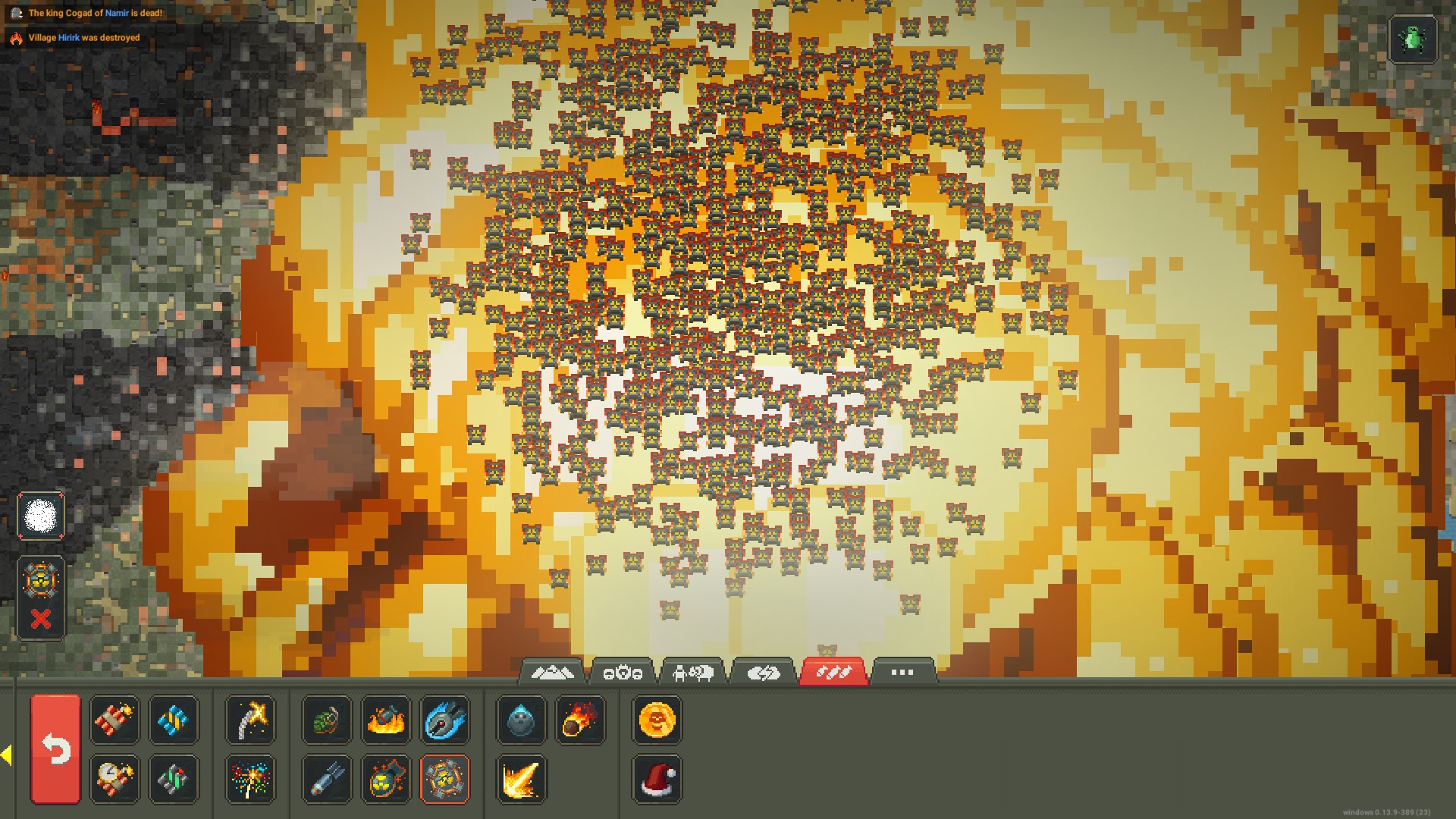 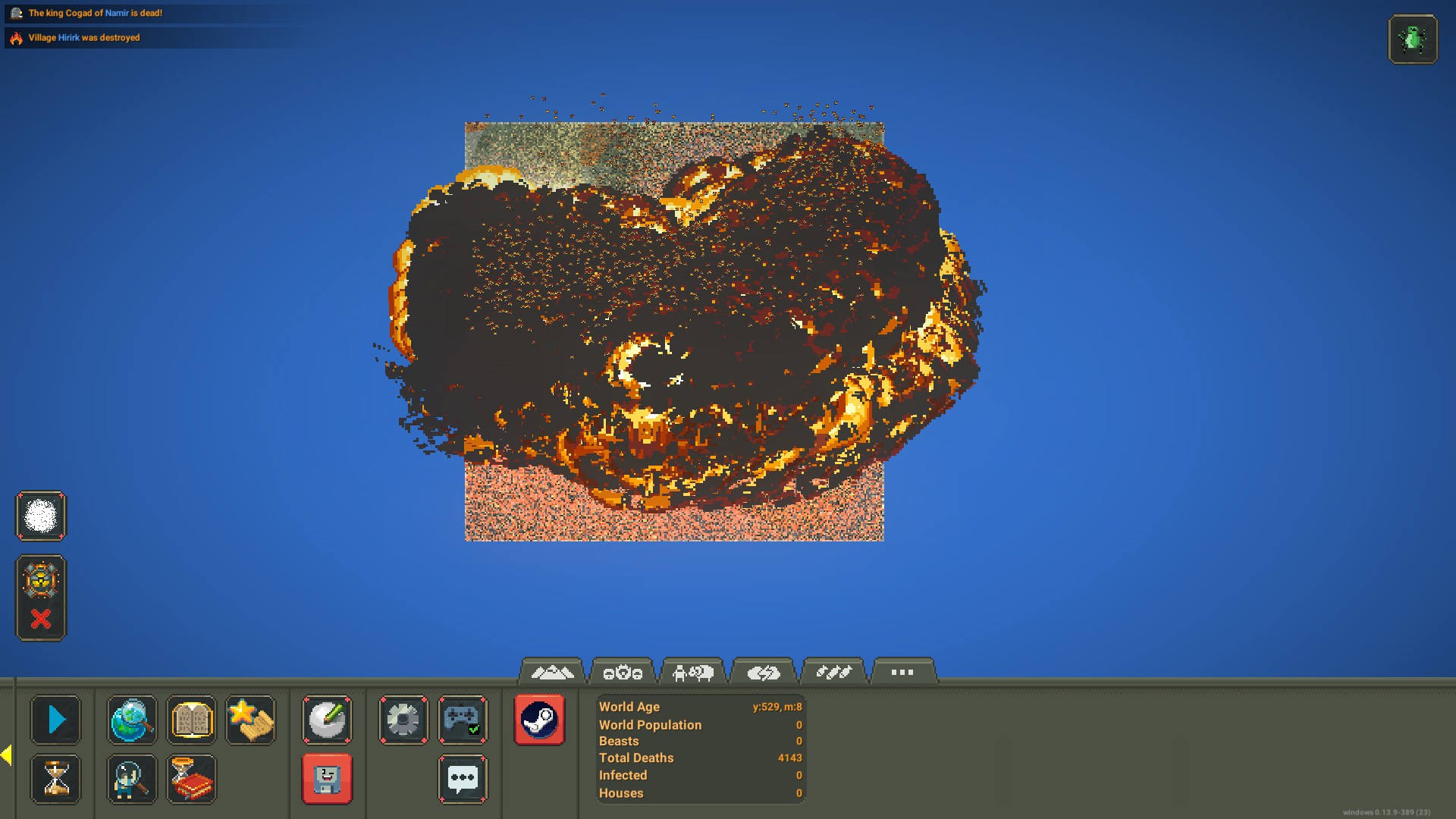 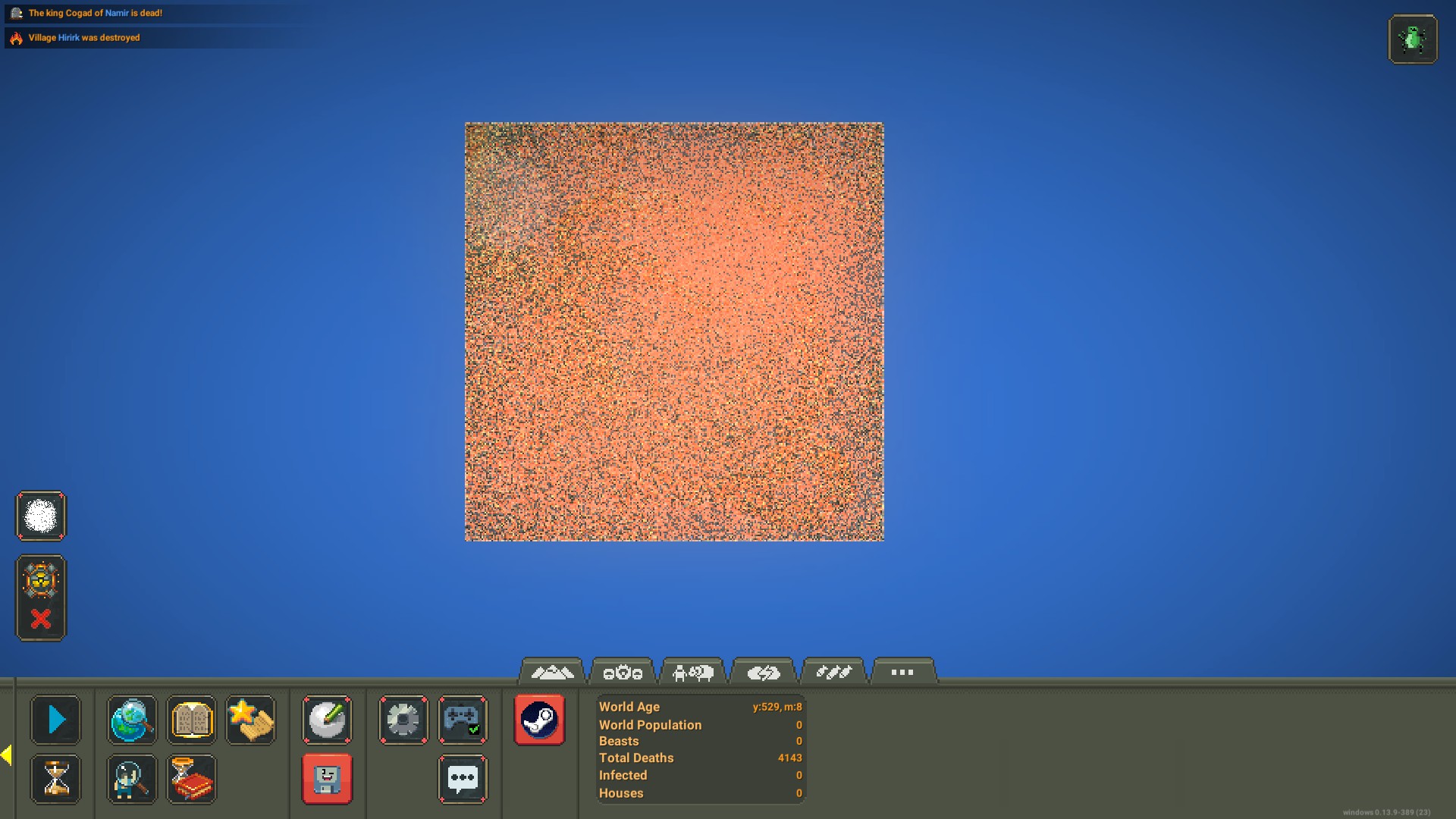 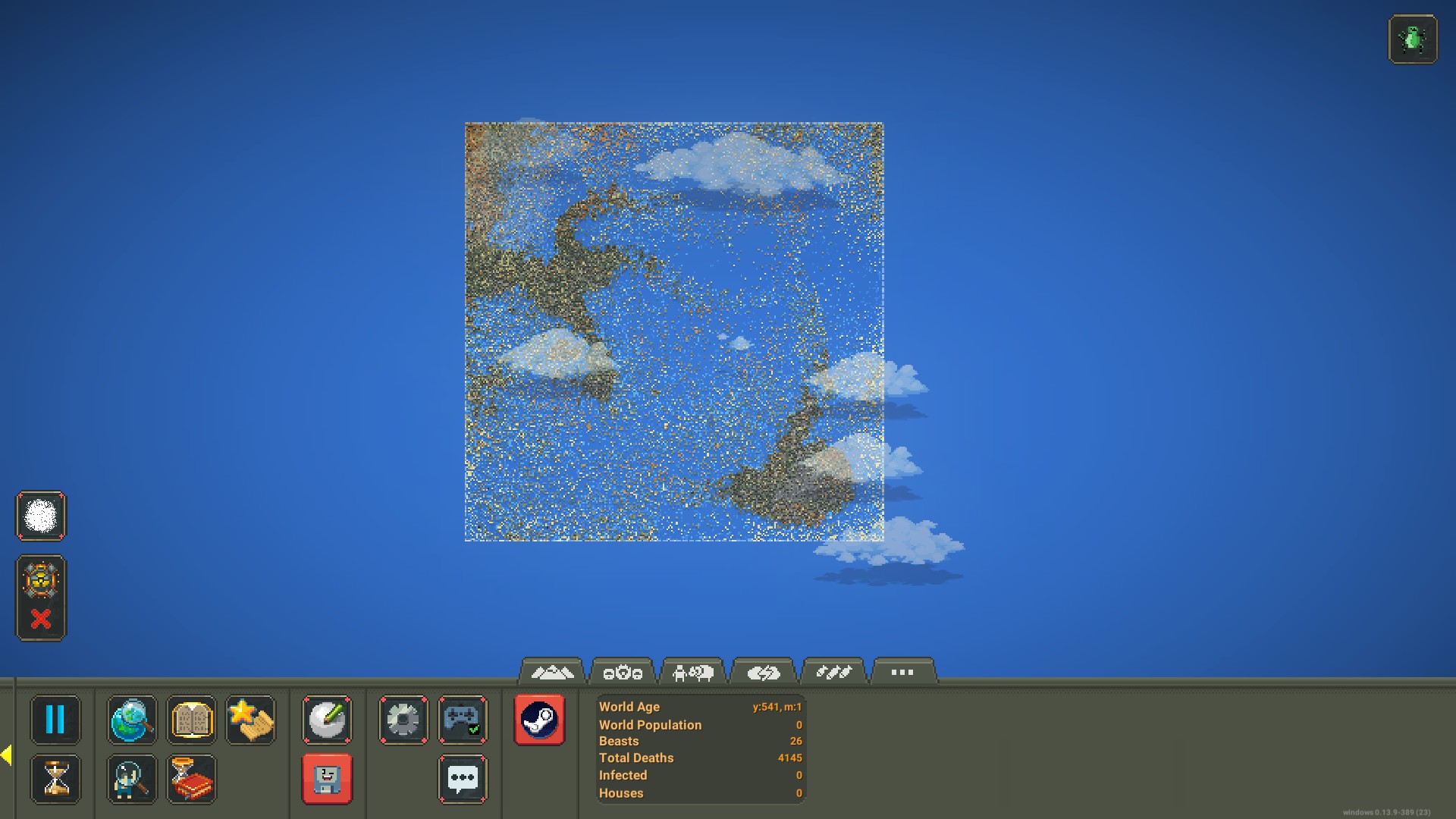 Sentient beings may return, should the crabs still alive evolve to become sentient, or God just feels like giving humans another chance. Who knows…

I hope you enjoy the The tragedy of the Disney Kingdom – WorldBox – God Simulator guide. This is all for now! If you have something to add to this guide or forget to add some information, please let us know via comment! We check each comment manually!