Playing Mechwarrior 5 after having played a lot of BattleTech? Here’s a few quick tips to ease the transition from turn based to live action. The guide should be useful for anyone looking to go the other direction, too.

Mechs Can’t be Killed as Easily

In BattleTech, if all four of your mechs attack one enemy mech in a single turn, that enemy is going to be seriously hurt. If you’ve got pilots good enough to do called shots to specific parts, you can take down a mech per turn. If MW5 battles went that way, battles would be over in less than a minute! That wouldn’t be fun at all! So, you’ll need to hit mech parts a lot more times before they break.

In BattleTech, particularly at the start of the game, you do a lot of missing because the chances to hit light mechs are low and your pilots don’t have much skill. In MW5, the fast mechs are harder to hit, but not all that much harder. I’ve never seen anything official, but apparently weapons do less damage to something that’s moving fast.

Mechs have a lot of armor compared to the weapons they have. Helicopters and turrets have almost none: a good blast from a medium laser will finish them off. LRM and SRM carriers go down very easily, too. Early tanks don’t take much, either. The thing is, your allies are controlled by AI. In this game (and many others), AI tends to prioritize whatever has been hurting it. That means that, once the battle gets going, they will likely be prioritizing the mechs that have been shooting at them. You’ll need to prioritize the pesky little bothers yourself or, if a helicopter has gotten above your head where you can’t shoot it, you’ll need to give orders to your squad to take it down. (Or just switch to a different mech.) 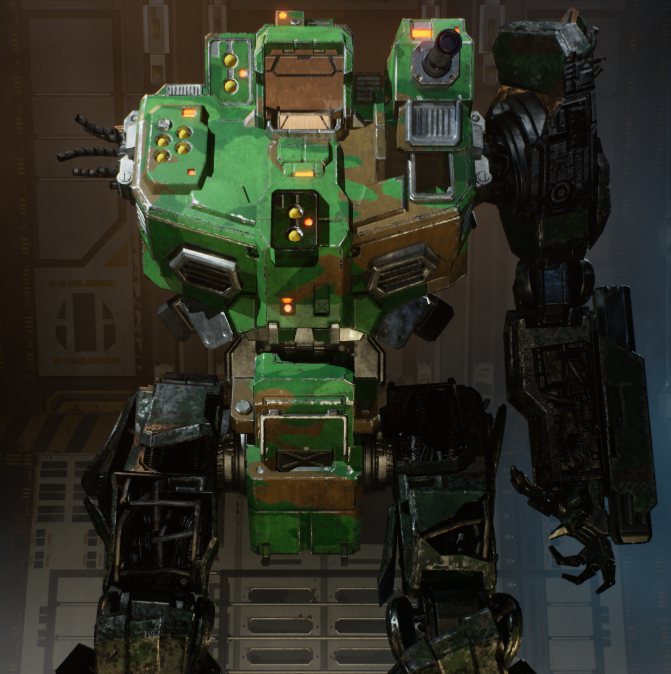 Arms get blasted off a lot in this game. They’ve got a much larger range of fire than torso weapons, so don’t just write off all arm mounted weapons as bad, but you do need to get comfortable with the fact that arms are going to be destroyed in many missions. If you get a fancy, high-tier weapon, you better put it in a torso slot where it will be better protected.

While arms are dropping like leaves in the fall, legs are surprisingly safe. They can certainly get blown off, but I think I’ve seen right and left torsos blasted off more than legs. That makes them pretty safe places to store things like ammo and heat sinks. (Personally, I like to put a heat sink in the head. I think it’s funny to imagine pilots running the mech’s cockpit heater with the windows open to try and keep the engine cool. 😉

Your Commander is Most Important

If a mech in your lance gets destroyed, the pilot may die or the pilot may be able to escape, but the rest of the team fights on. If your own mech goes down, you lose the mission. If your mech has lost all center torso armor, you had better start hanging back! Or better yet, switch to a different mech, then tell the pilot of your old mech to go stand somewhere safe while you press on.

Salvage Isn’t the Best Way to Get New Mechs

In BattleTech, buying a complete mech is very expensive while getting pieces and putting them together is fun and pretty easy.

In MechWarrior 5, it’s not an effective way to get good mechs. In the early game, when you’re looking for some medium mechs, even maxxing out your salvage shares may not be enough to get a new mech unless you’re doing a mission that gives you a bonus for bad weather. If no mechs drop that you want or can afford, you have to waste all those shares on equipment. 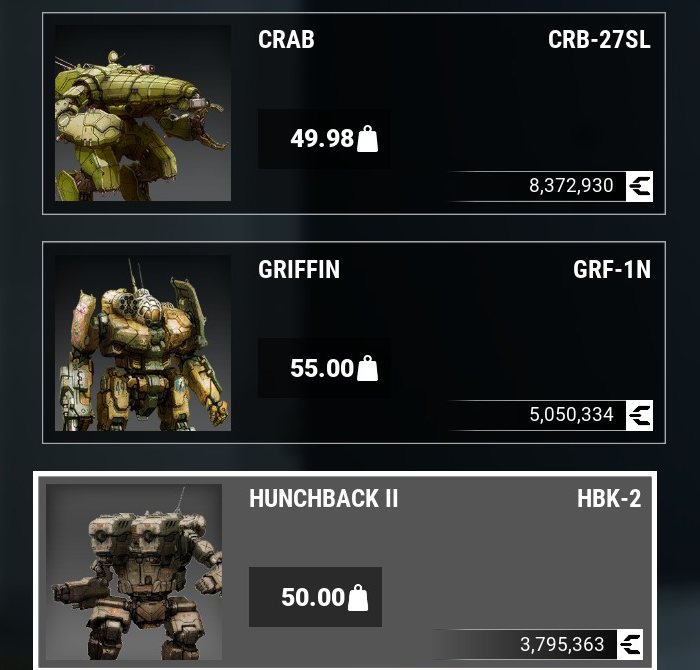 I’ve found it’s far better in MW5 to maximize your cash. Once you get about 8 million saved up, save the game and go on a shopping tour! Go to an industrial hub and see what they have for sale. Be sure to look at the hero mechs but there’s plenty of good “common” mechs out there, too, so don’t ignore them. Oh, and keep an eye out for better pilots, too. If you find nothing in your travels, fall back to your save game and take a different tour.


In fact, after the game goes through the tutorial and initial escape-the-system missions, you’ll be in a good position to do a shopping tour. You certainly need some pilots and it would be good to get another light mech, too, so save the game and check out that industrial hub!

Hero mechs often have armor that’s extra light weight, special engines, and other perks that allow them to hold more armor/weapons than typical versions (not to mention cooler paint jobs). This is a big boon in a game that limits what you can take by weight! The game is also nice enough to mark where they are in an industrial zone so you can find them quickly. 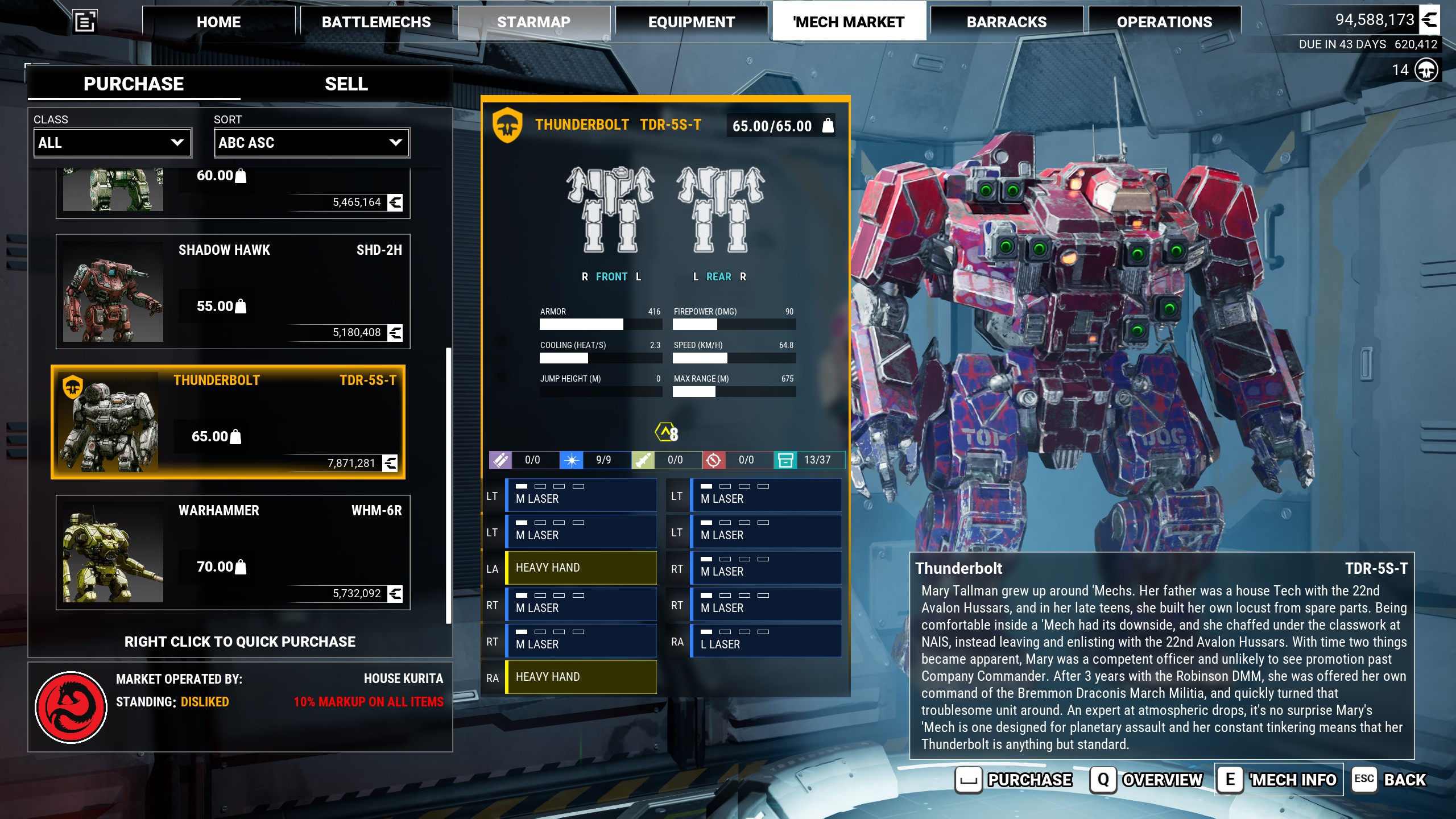 Be careful with the rare mechs. Typically in video games, rare means better. In MW5, it just means it isn’t a commonly found mech. They can certainly be excellent mechs, but so can the not-rare mechs. Don’t let the salesman fool you into buying a mech with the old “be the only mechwarrior in your sector with this mech” line!


Note: hero mechs show up even if you don’t own the Heroes of the Inner Sphere DLC.

You’ve got some more freedom in BattleTech to mount weapons. BT will tell you that a given section can mount some number of weapons in a given class, say 3 energy weapons. If you want to cram 3 PPCs in there (and the torso is big enough), you can do it. In MW5, there are slots with size ratings. A heavy energy weapon like a PPC requires a heavy energy weapon slot. A heavy energy slot can also hold lighter weapons, but small slots can’t hold heavier weapons.


Otherwise, the games are pretty similar. You can still put heat sinks and ammo anywhere. The weapon in your right arm will fire just as well whether the ammo is along side the weapon in the right arm or if it’s stored clear down in the left leg. The heat from the weapon can exit out the left arm just as well as the right, too. There is a difference in that BattleTech treats small weapons (machine guns, flamers, and small lasers) as its own classification while MW5 puts MGs in ballistics and the other two into energy, but it doesn’t factor in much.

LRMs (and certain, rare types of SRMs) require lock on, which isn’t in BattleTech at all. Once you get lock, your missiles will steer toward the target wherever it goes! You can lose target lock if the target goes behind a hill, ridge, or building or if you switch to a new target. Also, some weird bug will make you lose target lock on VTOL aircraft as they come toward you.


If you shoot missiles without lock on, the missiles will try to go vaguely toward where you’re pointed. If you lose lock on, missiles will go toward the last known position of the target – so you can still hit turrets and sometimes tanks if you lose your lock.

Unless you actually walk through lava pools, the environment has no effect at all on heat in MW5. You’ll cool off just as well near a volcano as you do on a glacier! 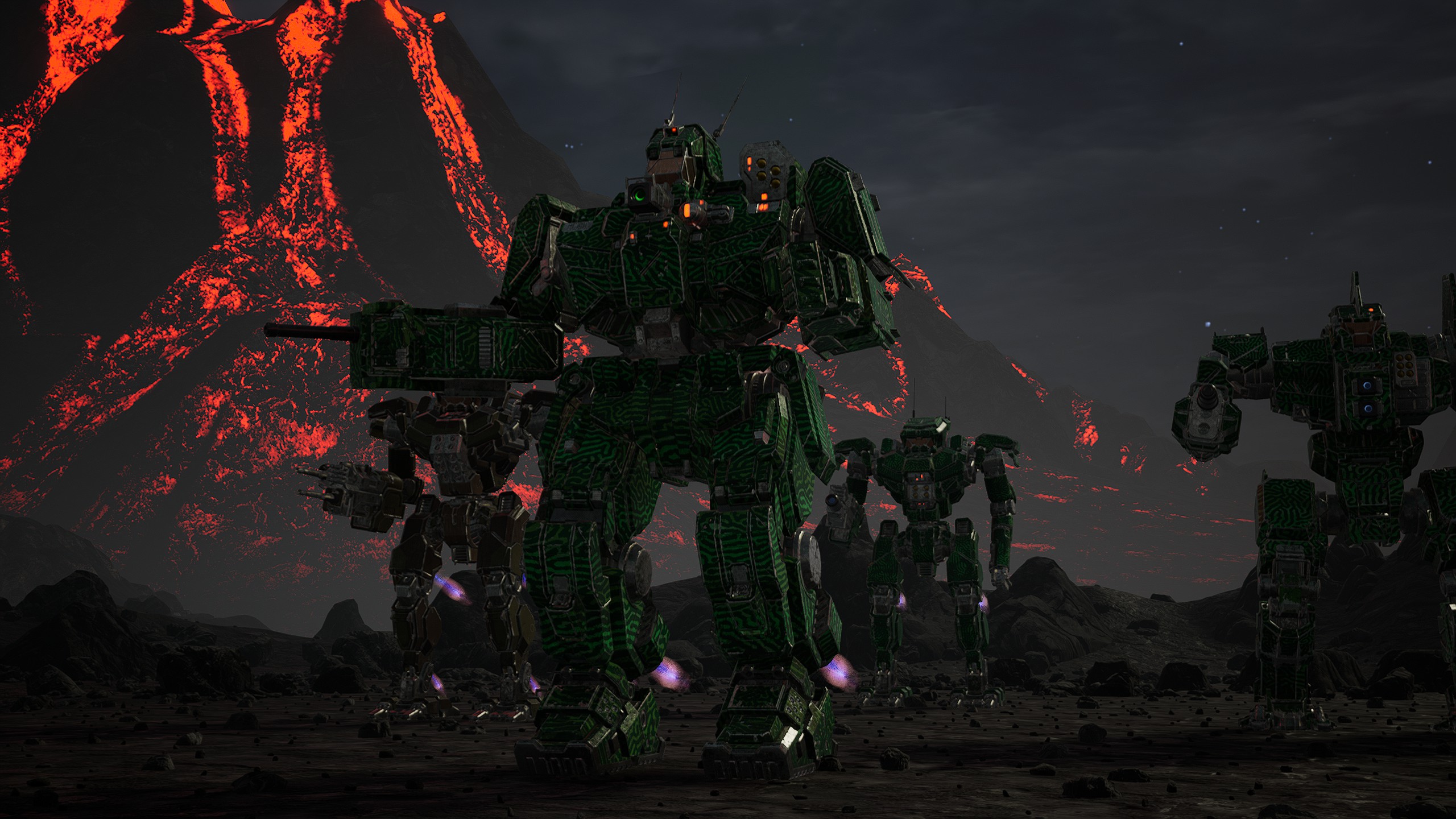 Here we come to an end for the Tips for BattleTech Veterans – MechWarrior 5: Mercenaries guide. I hope this guide has helped you with your gameplay. If you have something to add to this guide or believe we forgot some information to add, please let us know via comment! We check each comment manually by approving them!