This guide gives a brief explanation as to what Trade Value actually is, and then goes into how it can be managed or utilized to best help your empire, or to best fit your play-style.

What is Trade Value?

To begin to understand how to manage your Trade Value, it’s a good idea to first figure out what exactly it is. It’s not as self explanatory as “Minerals” or “Alloys” where the name of the resource clearly depicts the physical resource being collected. Trade value rather, represents a more abstract, less physical resource. To put it bluntly, Trade Value is a resource that determines the value of any given trade route, and we as players (or empires) profit from this value by taxing the trade routes that run through our territory. I’ll go into the specifics of how the taxes work in the “What Can I Do With Trade Value” section. 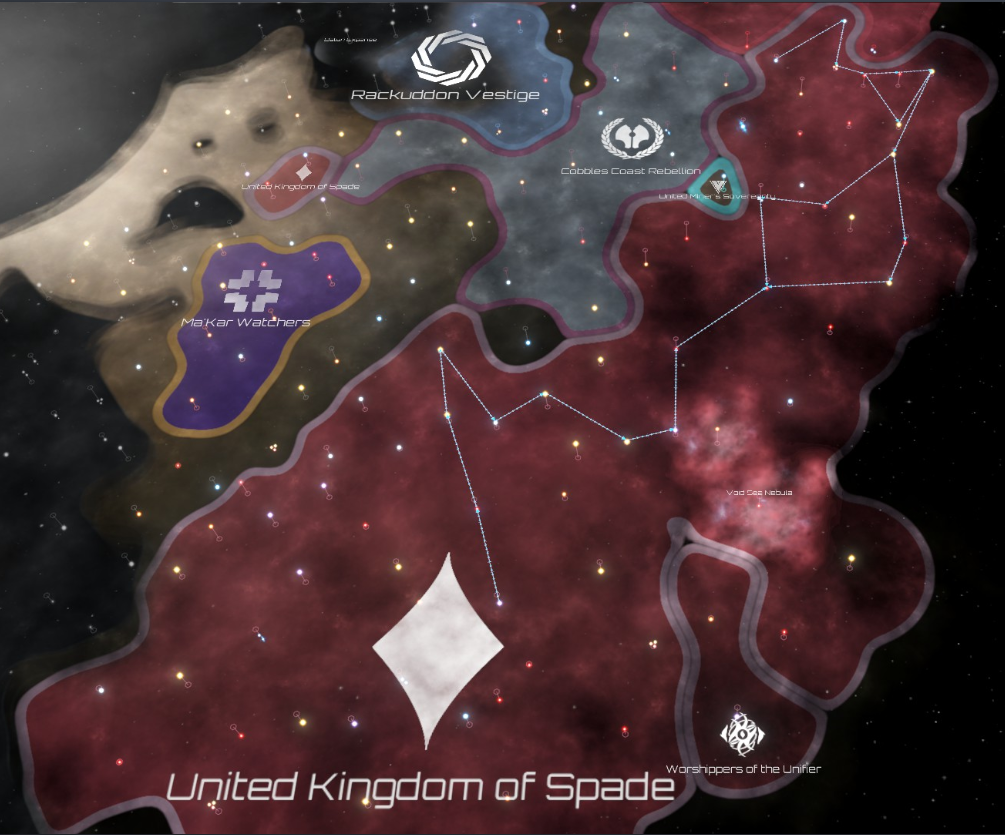 How Do I Produce Trade Value?

There are two main methods of producing Trade Value, the easiest and most effective of which is through your empire’s many colonies and systems. Many jobs and buildings that exist on your planets will produce Trade Value as a resource, though the most common job to do so is the Clerk job, which can typically be produced by the construction of either City Districts or Commercial Districts, additionally, the construction of Trade Districts on Habitats will have a similar effect. There are technically three other methods of gaining trade value, the most common of which is by securing a commercial pact with a fellow empire. Securing a commercial pact will essentially give your empire a cut of their total trade value, while giving them a cut of your total trade value. I believe the way this works from a roleplay perspective is that your empires allow corporations within your sovereign nations to conduct business freely, and in doing so, you partially combine your trade routes. After commercial pacts, the next most common way to gain trade value is actually by just straight up finding it. I know it sounds kind of weird, and I’m not entirely sure what it’s meant to represent aside from just strategic locations, but Trade Value can be discovered as an orbital deposit resource, just as one might find minerals or energy credits. It is worth mentioning that Trade Value as a resource has a spawn rate lower than Minerals or Energy Credits, but higher than strategic resources like exotic gasses or rare crystals, the spawn rate is certainly a lot closer to that of a strategic resource though. The last way to gain trade value is by allowing a megacorporation to establish a branch office on a colony or system that you own. The megacorp will be able to create jobs that produce Trade Value that adds to your planet’s Trade Value, the only reason I’m listing this separately from the first and most common method is because this method requires cooperation to do, and can’t be done by yourself, as in you would need to work with an AI or another player in order to produce Trade Value this way. 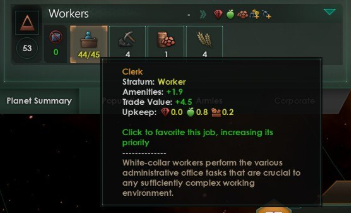 How Do I Collect Trade Value?

Regardless of where your Trade Value is produced (with the exception of a commercial pact) you will have to collect it in some way shape or form in order to profit from it. This, I think, is one of the easiest concepts to grasp in the game, but essentially, if you plan on taxing the trade that occurs within your empire, you first need to establish locations for this trade to take place. The most common and easy way to do this in the early game is by constructing trading posts on your starbases. For every trading post that you build on a starbase, that base’s Trade Value collection range will be increased by 1 system. 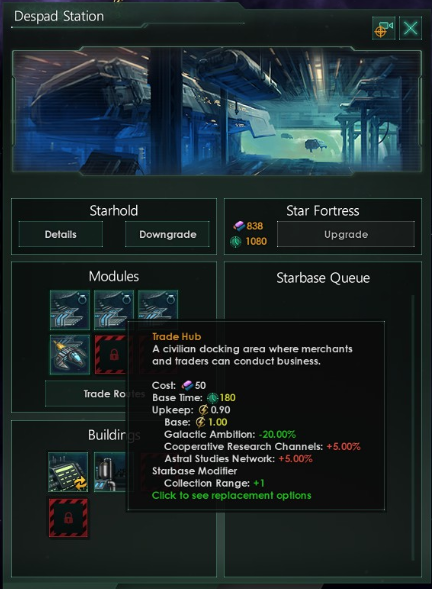 What Can I Do With Trade Value?

Trade Value acts as a form of passive income for your nation. It can be manipulated to allow a player to rush early traditions, to jump start a dying economy, or just to make an already prosperous empire more so. How you change the way you use your trade value is by changing your trade policy, which can be found in your side menu under “Policies”. The three basic trade policies are Wealth Creation, where the empire taxes its shipping lanes for credits, Consumer Benefits, where the empire takes a cut of the products being shipped and in return taxes less actual credits on the goods, and Marketplace of Ideas, where the empire simply lowers all taxes on shipping lanes within their empire, increasing the national Unity. 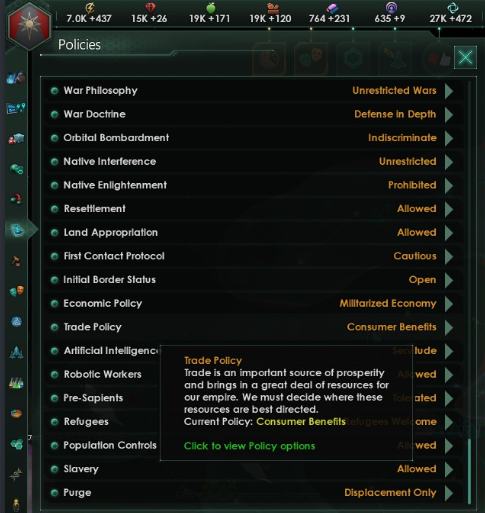 I hope you enjoy the Trade Value Mechanics and Basics – Stellaris guide. This is all for now! If you have something to add to this guide or forget to add some information, please let us know via comment! We check each comment manually!