Feeling overwhelmed by the size of Brynn? Well, I’m lost too, but I’ll make sure that you know where the important locations are.

I made this guide solely because I got lost for a long time at Brynn, not because it’s huge but rather because the majority of the locations are inaccessible and I had a hard time discerning places I can and can’t go to.


Just like the game, I’ll be adding more contents to this guide periodically.

This area is directly south of where Verren parks the carriage, so it’s gonna be the first thing you see.

My guess is that this is supposed to be an information booth. Thankfully there is nobody there for now, otherwise you won’t be reading this guide. There is also a human vegetable seller close 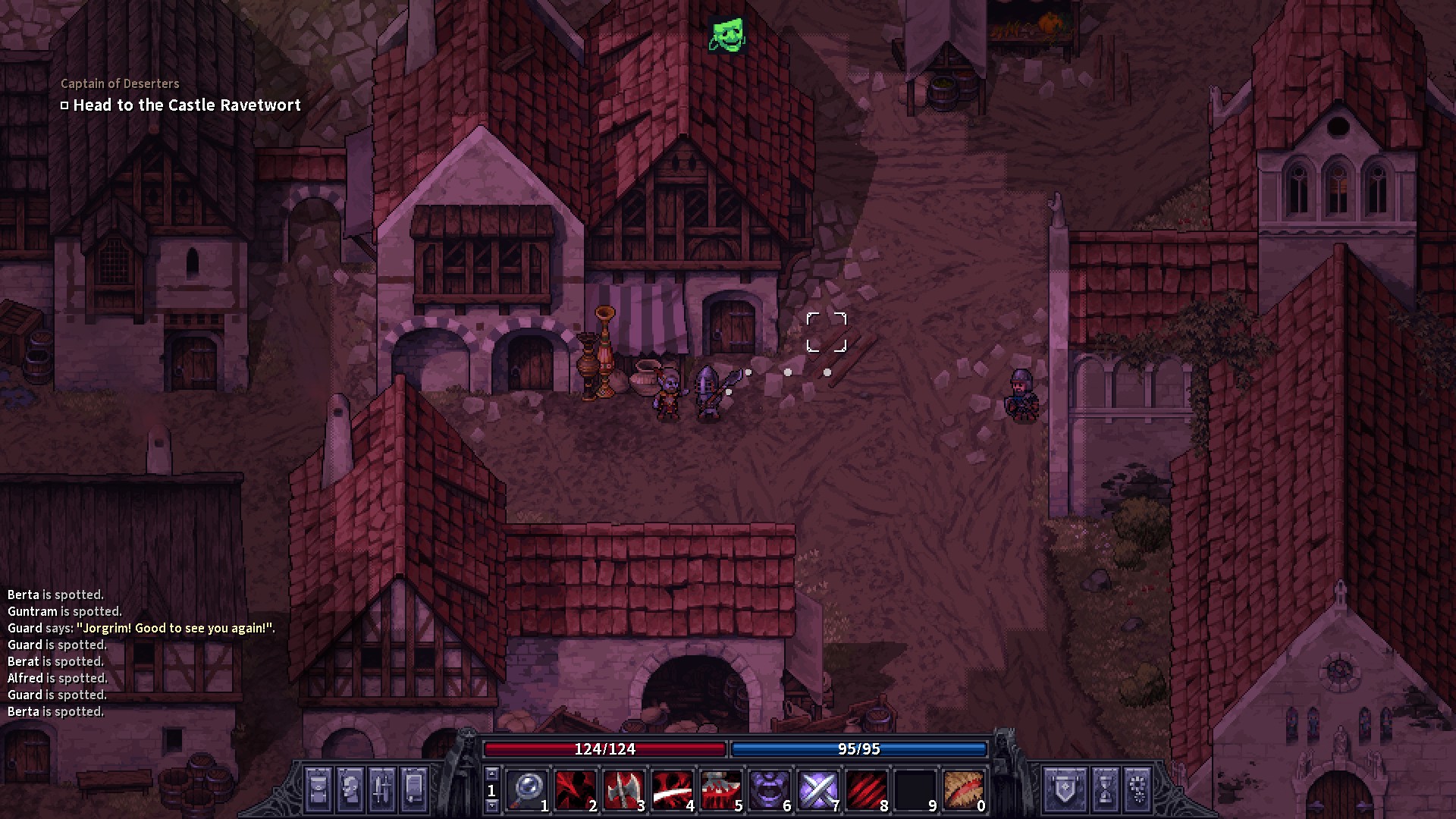 This is where the elves gets segregated into ala winterhold. There is an elven merchant who will sell you many overpriced but unique goods. This guy have no unique dialogue so you might miss him easily 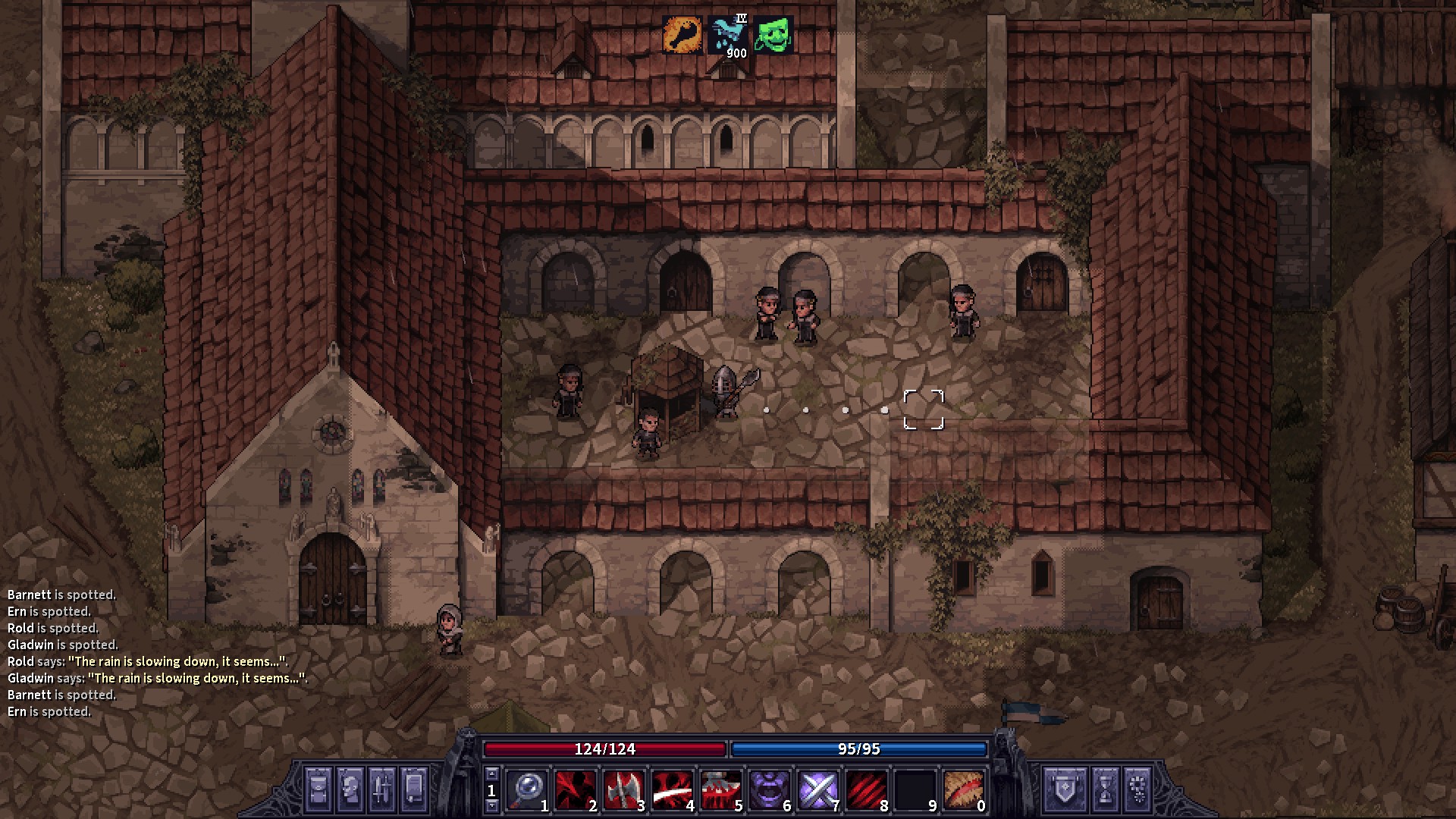 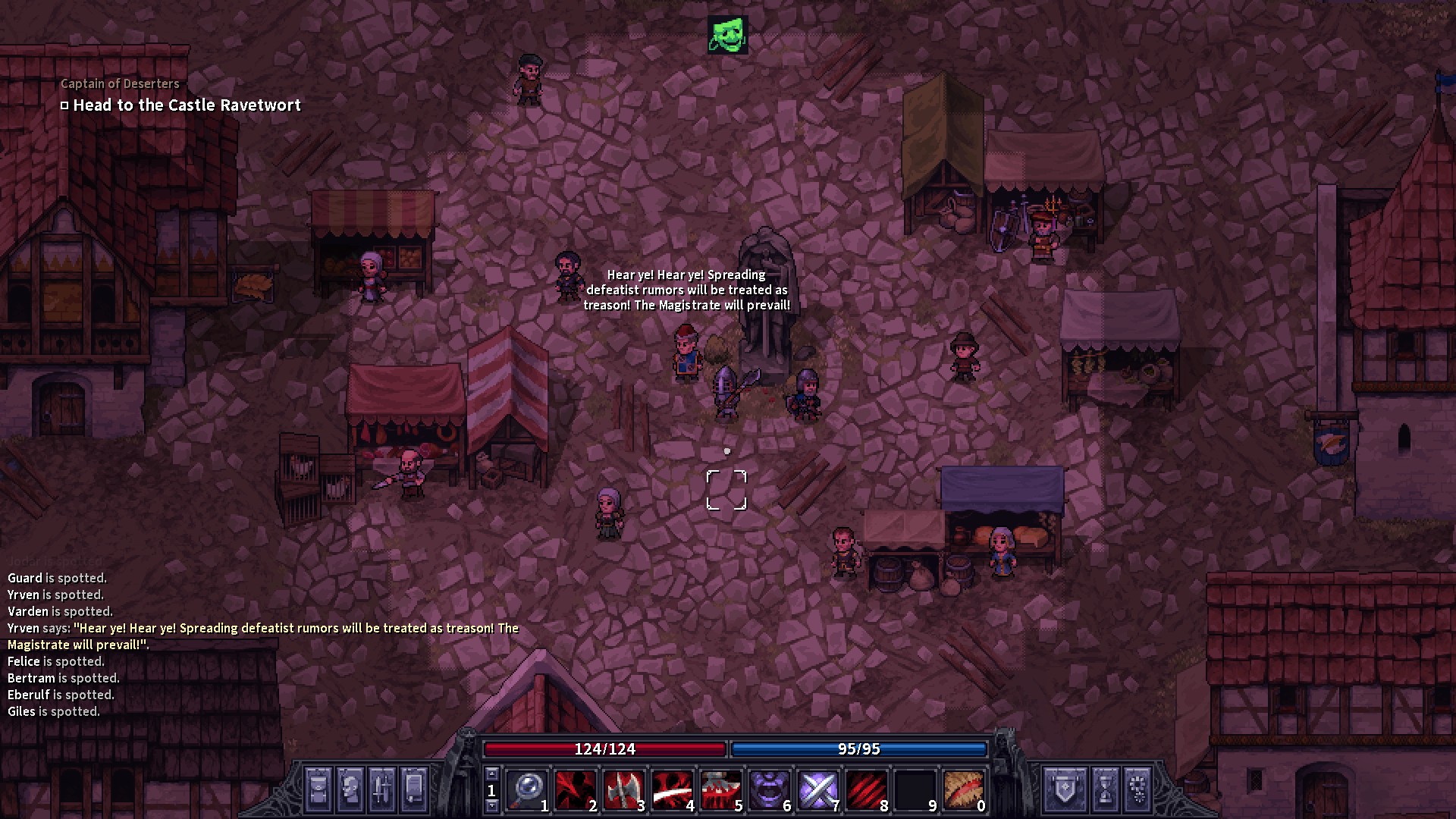 There are 5 different market stand for Fruit, Butchery, General Goods, Medicine, and Dairy. Keep in mind that merchant will still pay better for trinket and jewelries than than the pawn shop 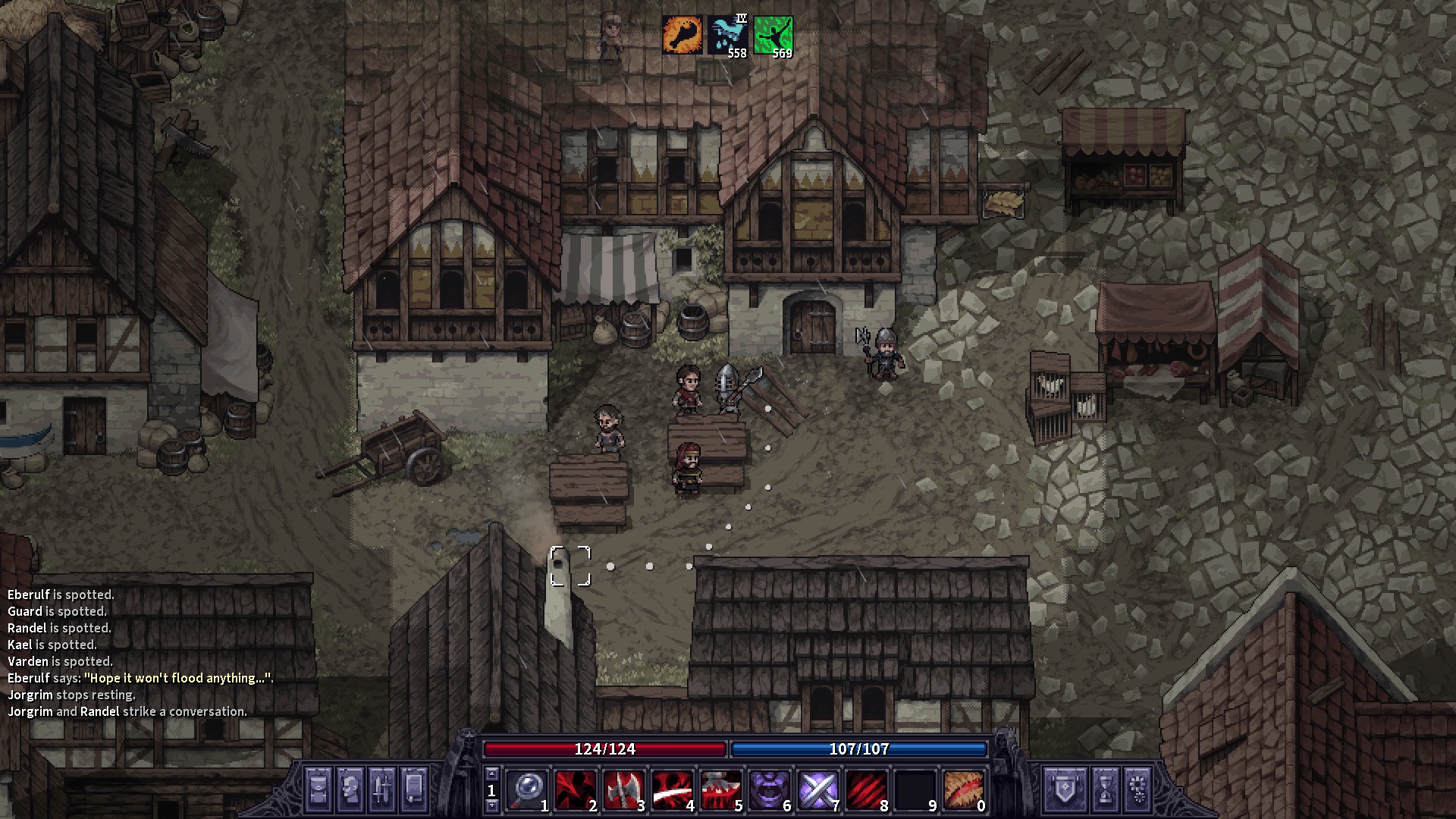 Possibly one of the many inn the town will have. There are npc standing on top the bench, and nothing else of interest 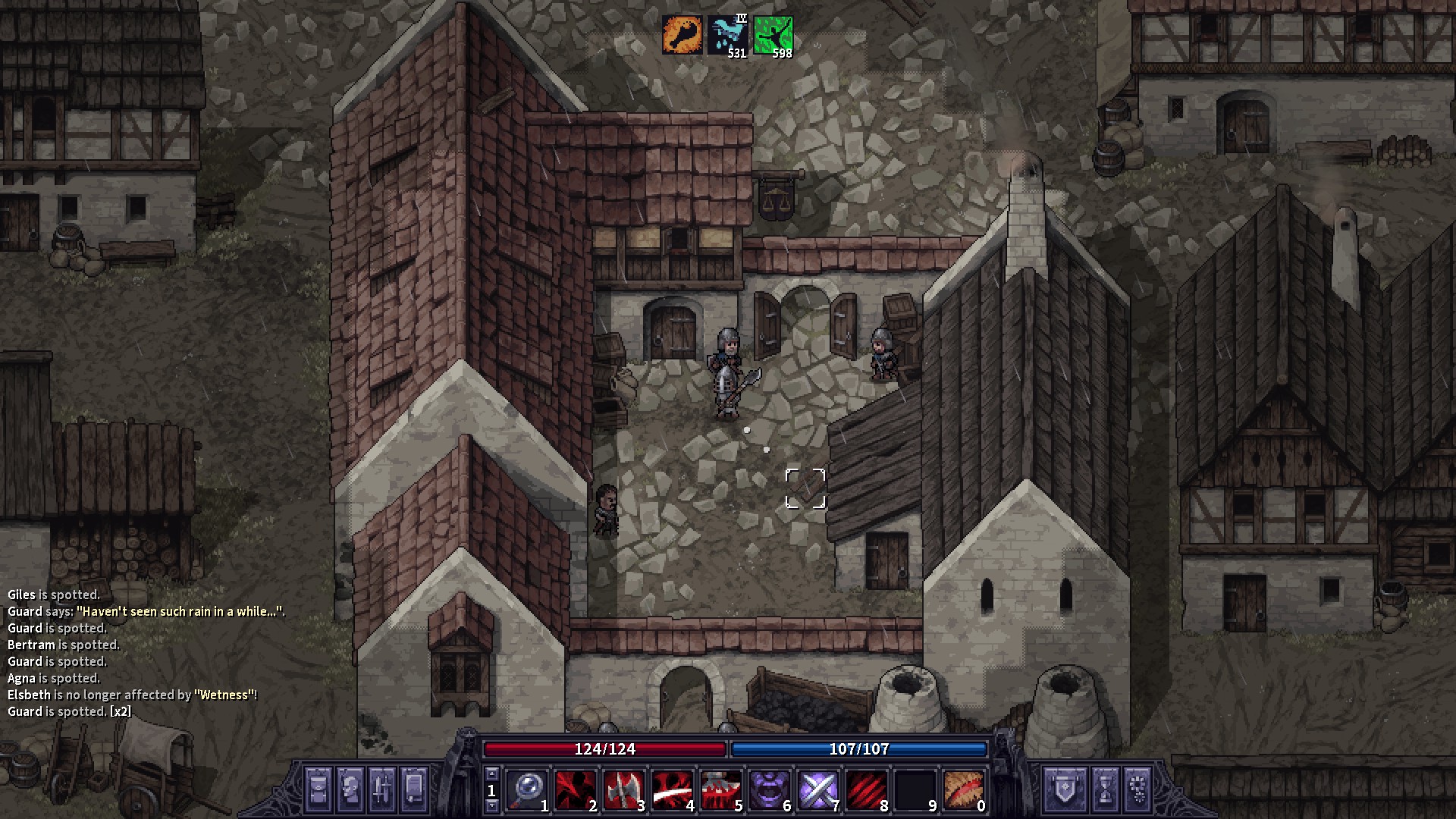 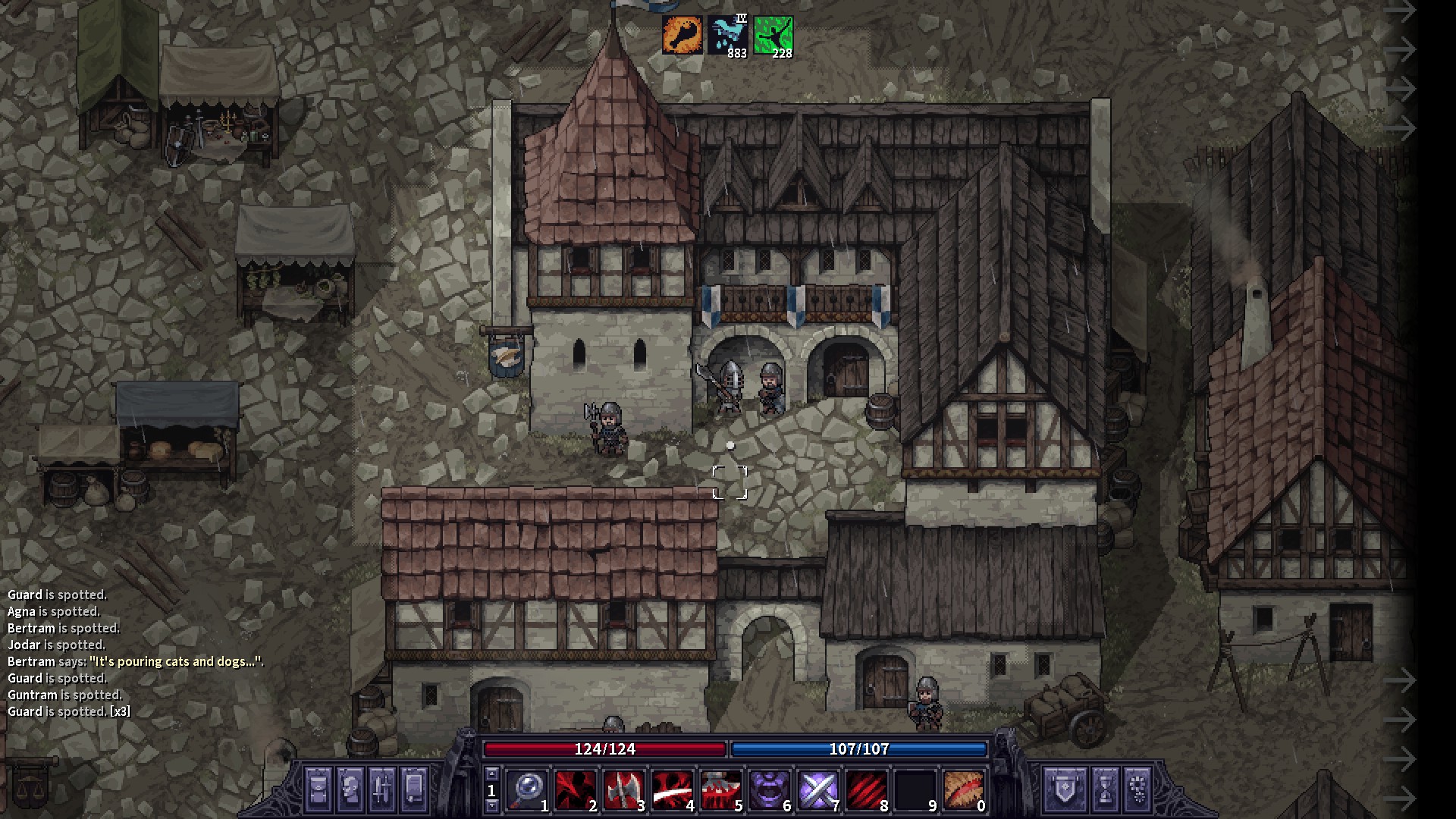 Could be a post office too, idk for sure

This is where you’ll be most of the time because it’s where the stuff you actually need is located.

There is a quartermaster who will sell you armor and weapons (for now). The contract he provide pays out for 1000+ crowns. 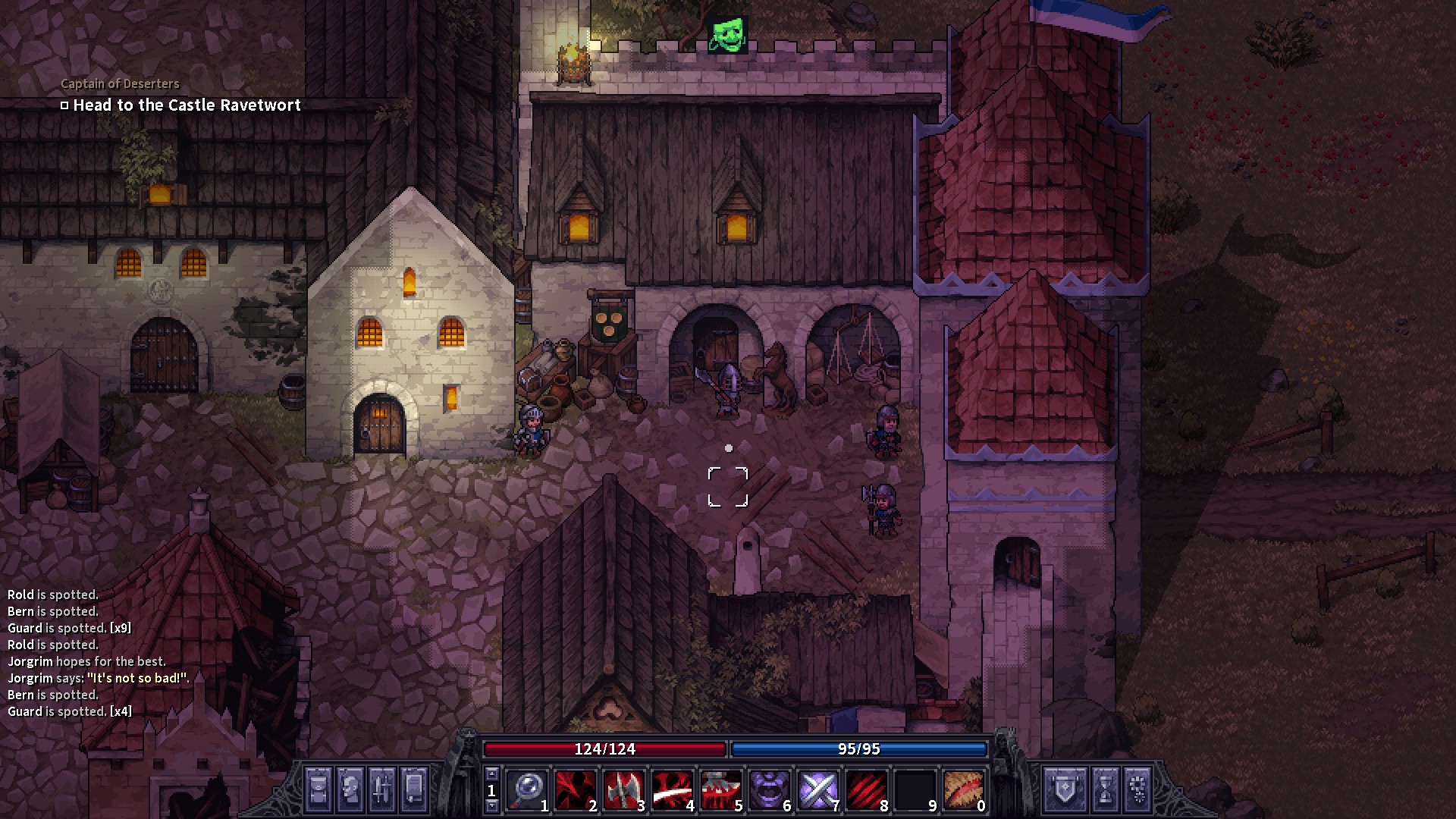 The Pawn shop will buy literally anything at fairly unfair prices. Only sell your stuff here if you’re too lazy to ride back to Mannshire, the pawn shop will pay 10% less for anything compared to the respective merchants. He will also sell marked up equipment at higher level than the quartermaster’s 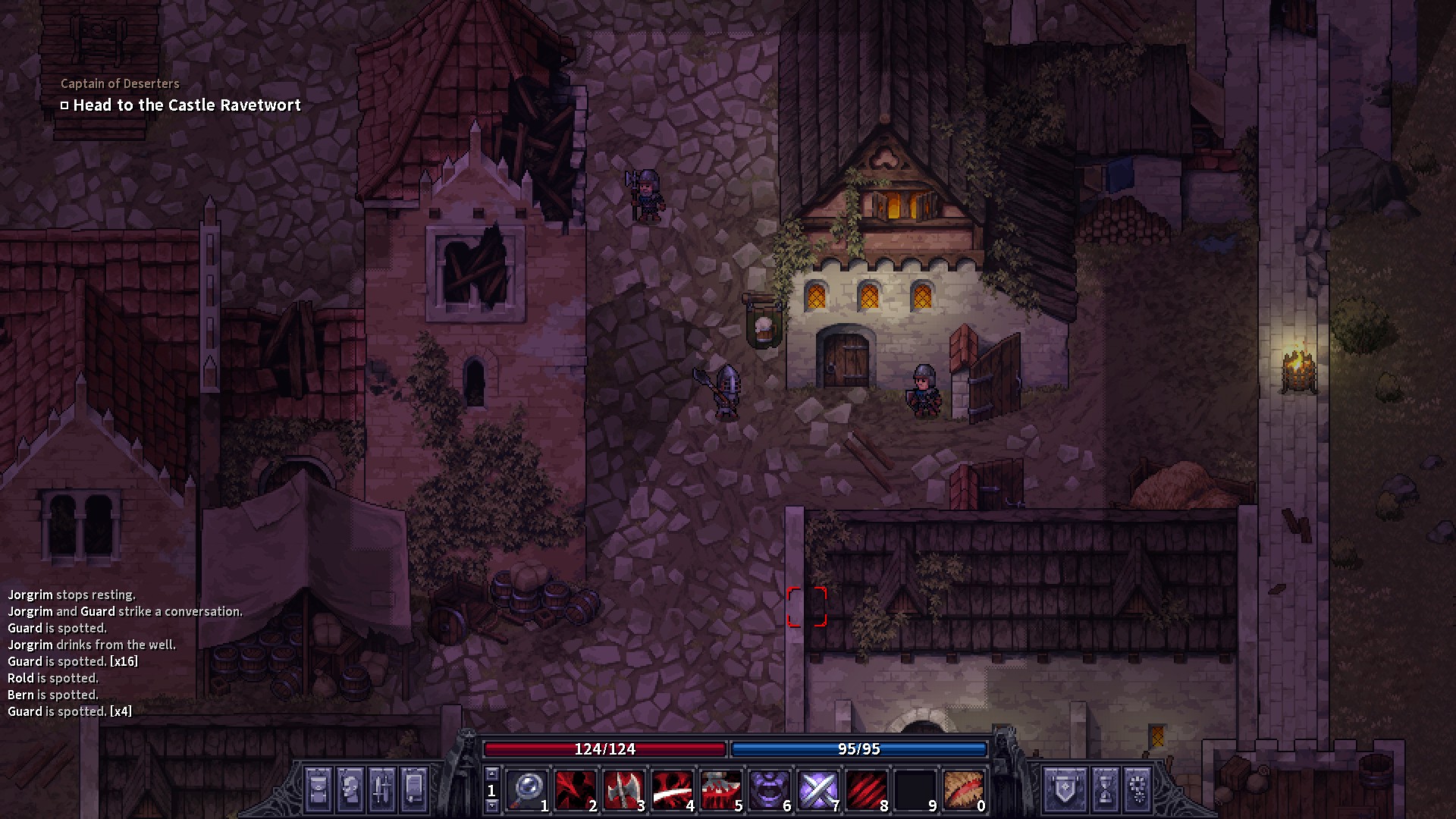 After several threads complaining about having to go back to Mannshire to save, this Inn became the first location to be implemented. Do be aware that the food here is slightly overpriced but it still beats having to ride back to mannshire 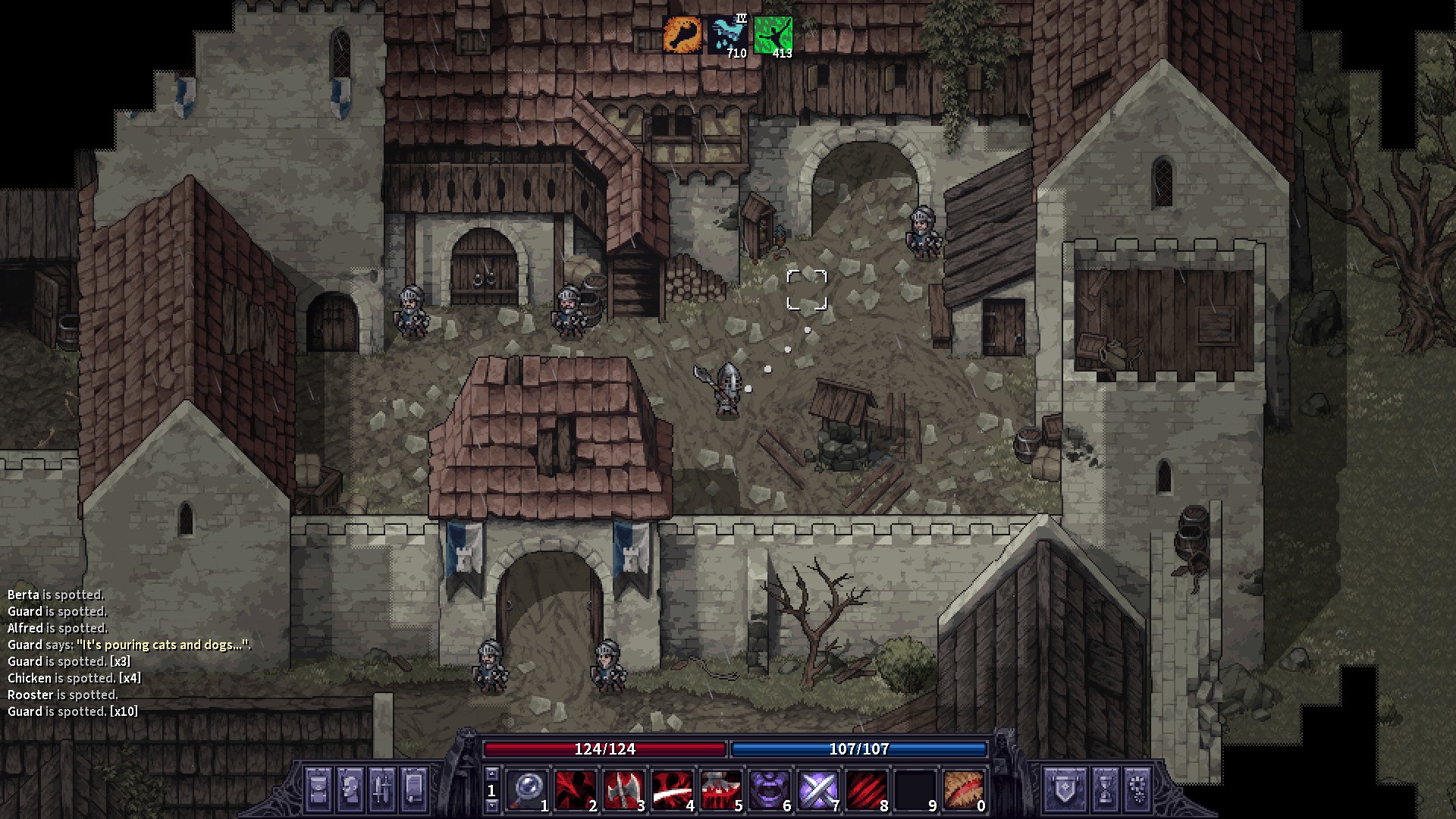 Not much of an interest for now. You’ll be here often just cause the well is located here. There is a jail being added a bit sooner as a grim reminder that Crime mechanics is a thing now 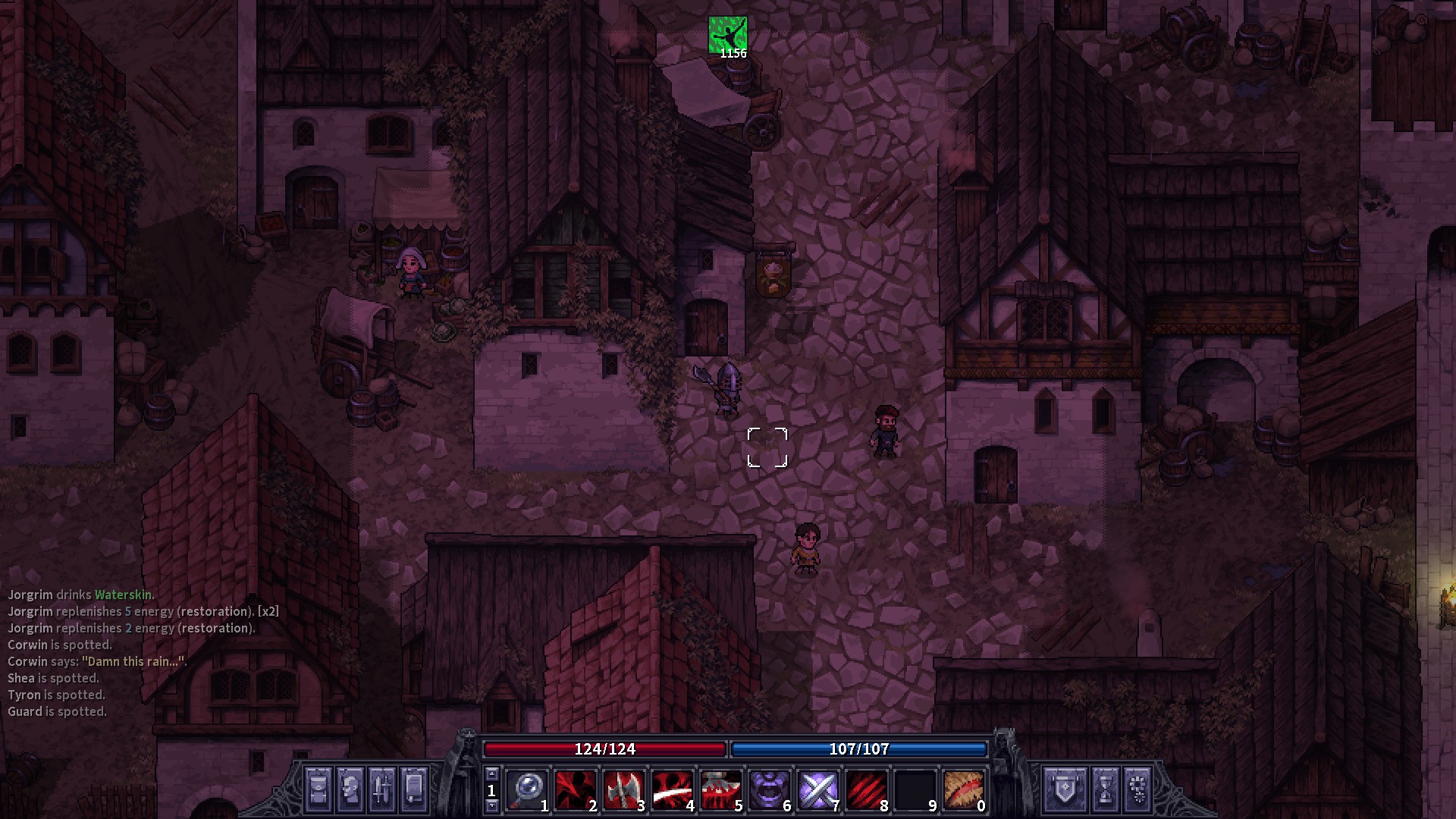 Grocery Status: Implemented (as in 30 November alongside the Bakery)

This place sells many types of base food and several exclusive meals that deals with morale. While what he sells are expensive, it’s still slightly cheaper than the Inn. There is also a lady just outside of the store that sells lots of forage and vegetables 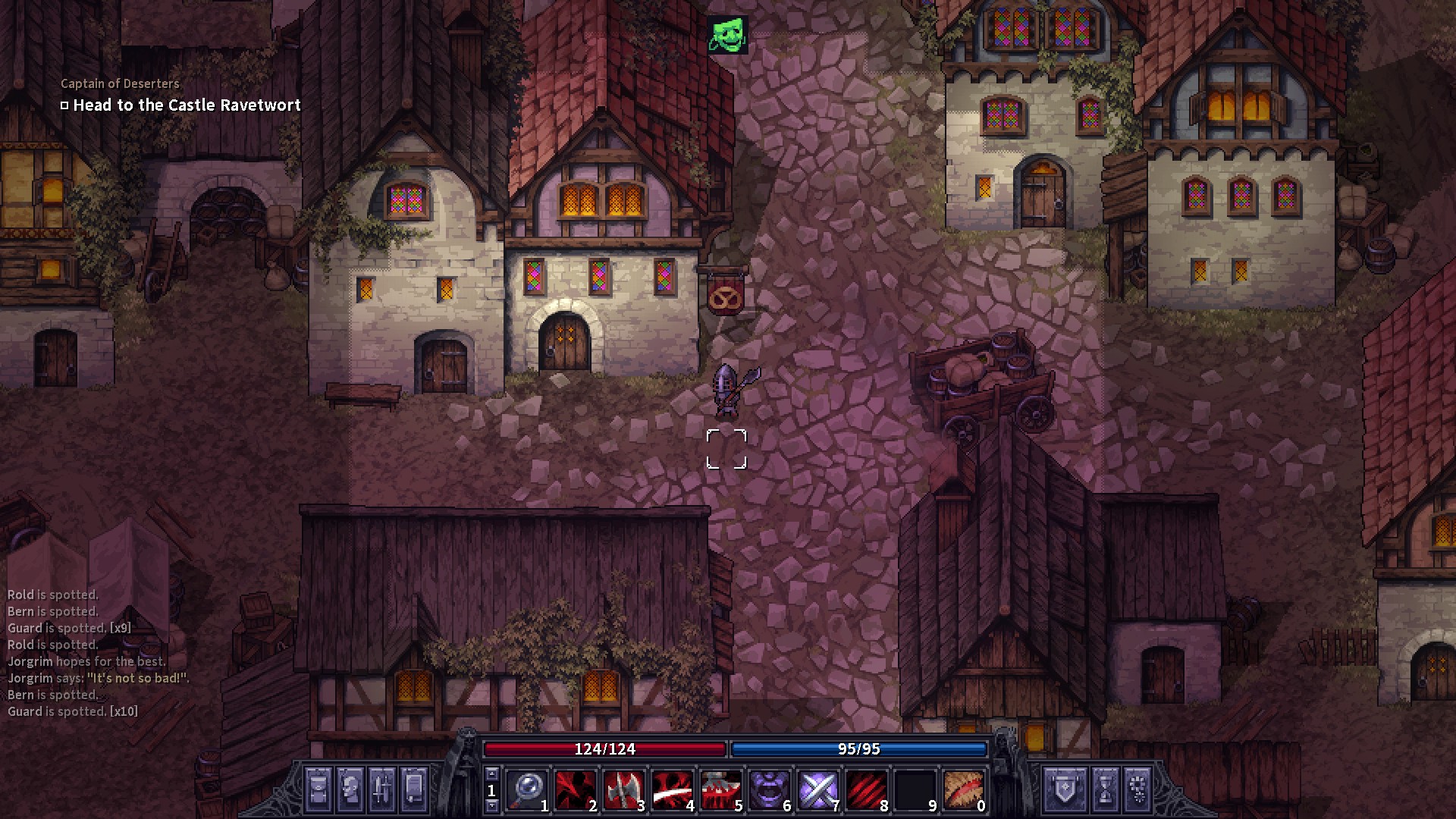 Bakery Status: Implemented (as in 30 November alongside the Grocery)

Located in the lower left corner of the town. This store sells a large amount of baked goods, some of which are exclusive to this location. One of the food he has for sale is the bilberry pie which had been my long time favorite. Like every other store in Brynn, the selections are slightly overpriced

Mostly unfinished, check this place later. This will be where you can buy a lot of equipment and (hopefully) new capes. 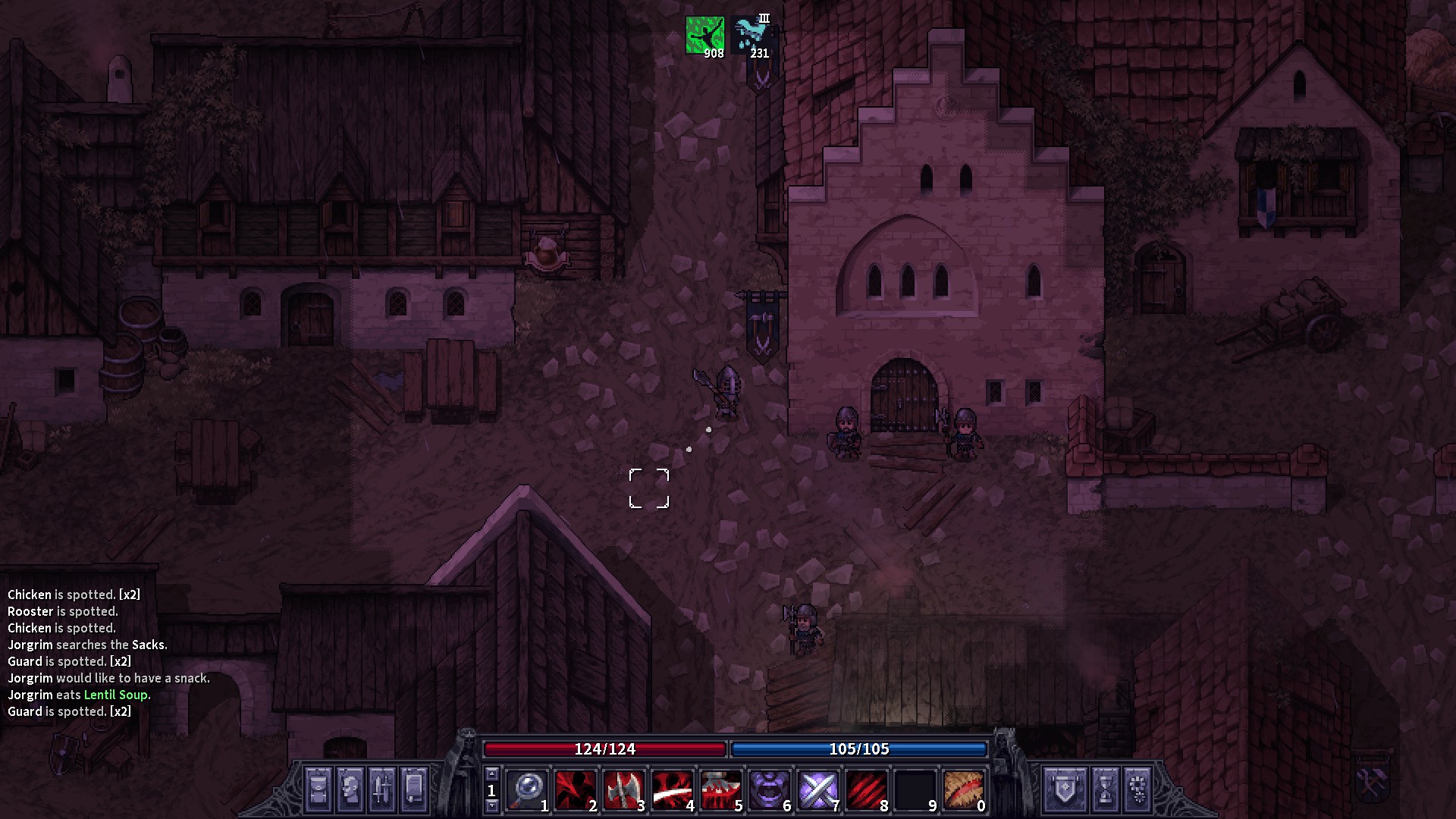 This is where the guy that everyone dislike lives in. There will probably some major questing here 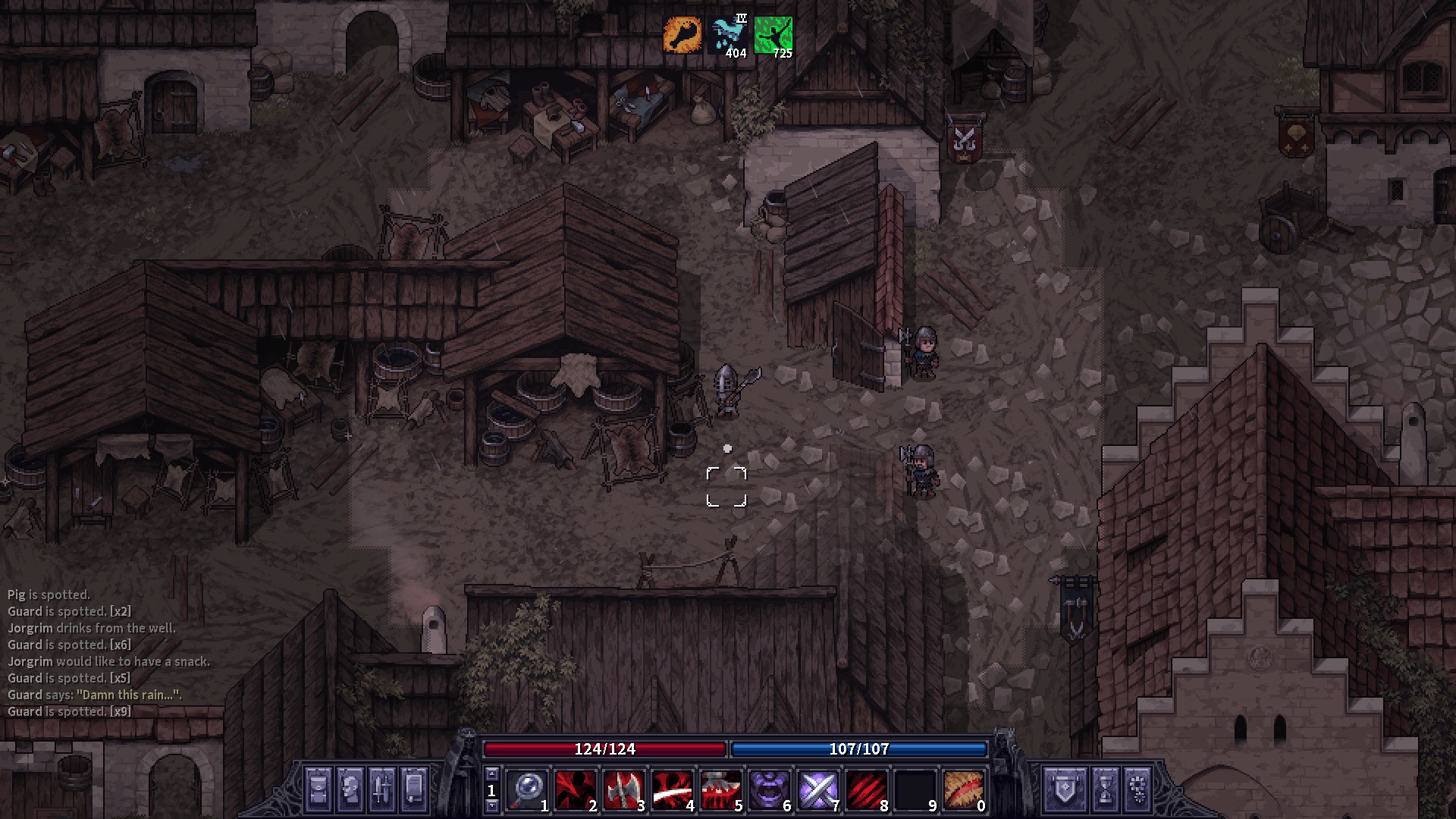 Tannery Status: Unimplemented (but it will be very soon) 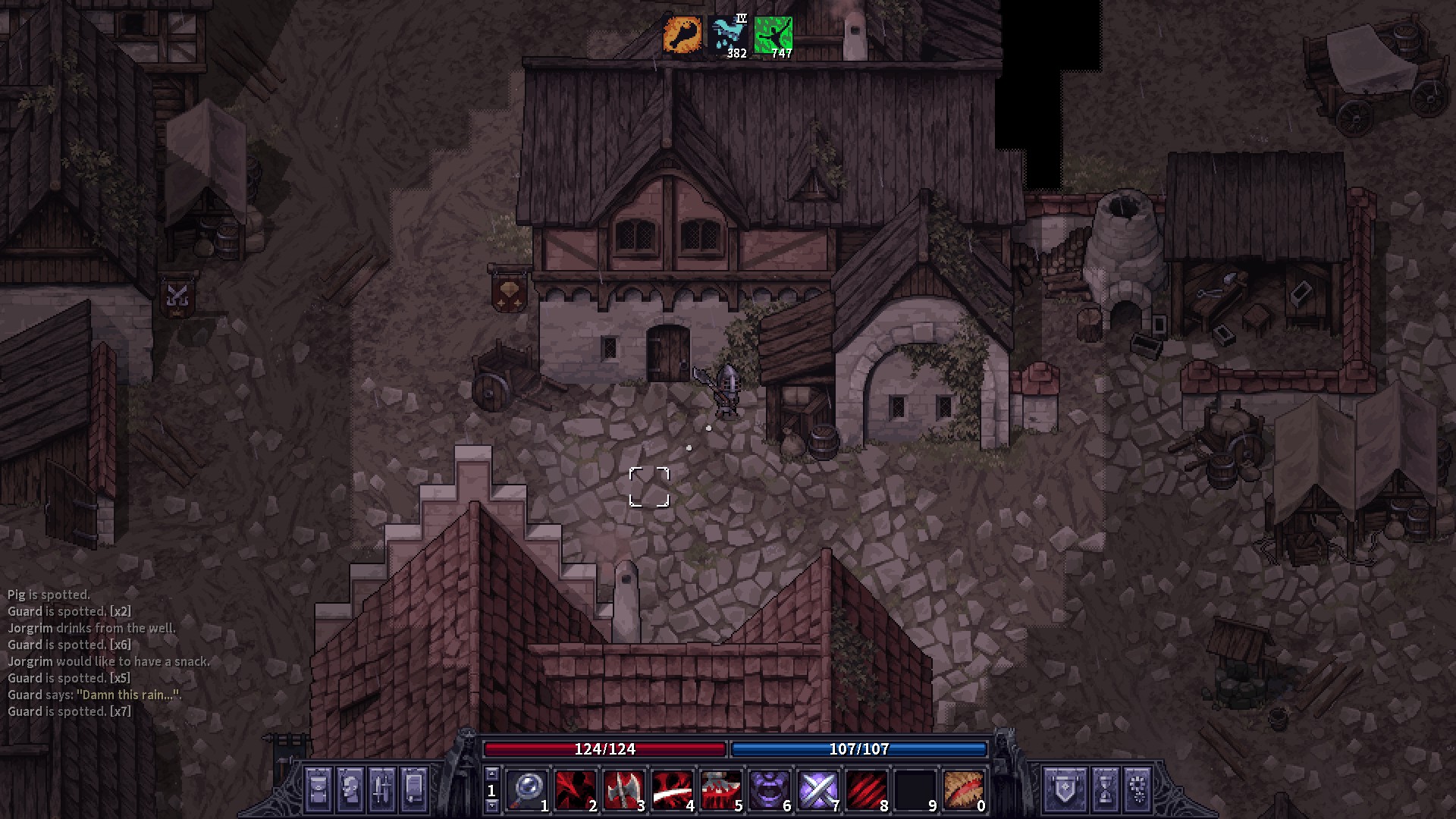 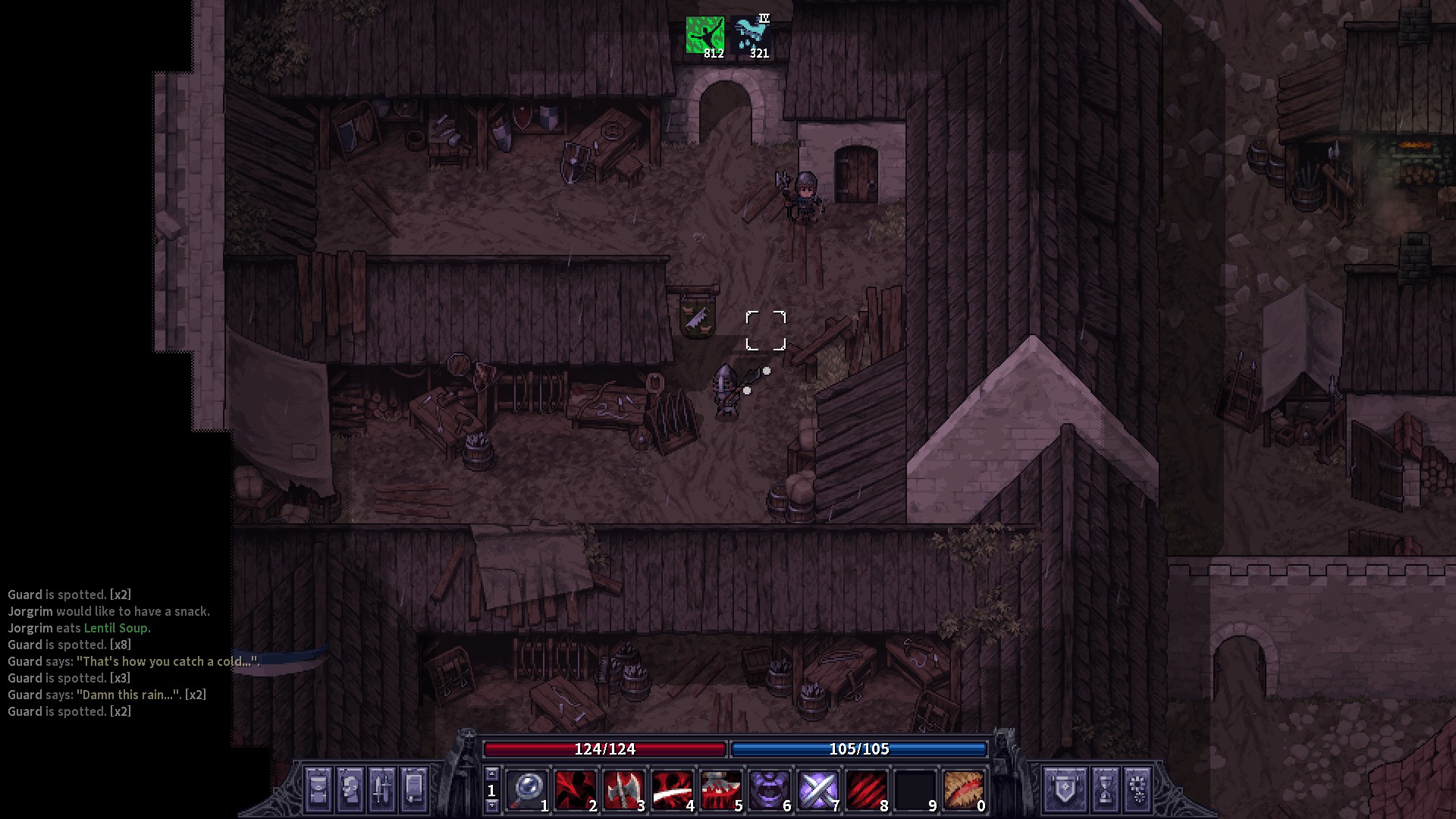 Carpenter Status: Unimplemented (but it will be very soon) 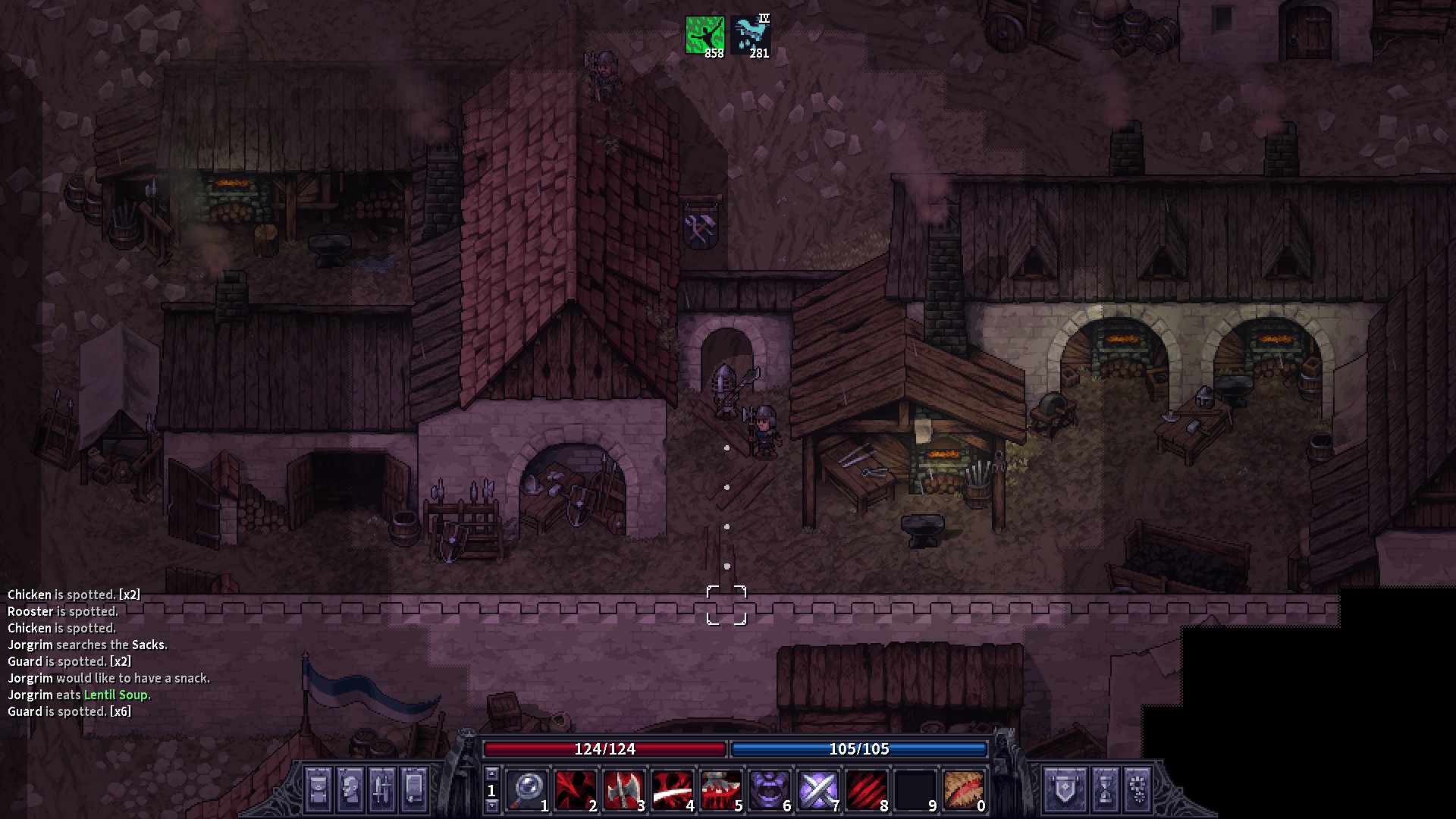 SmithyStatus: Unimplemented (but it will be very soon)

Unfinished too, come back later. 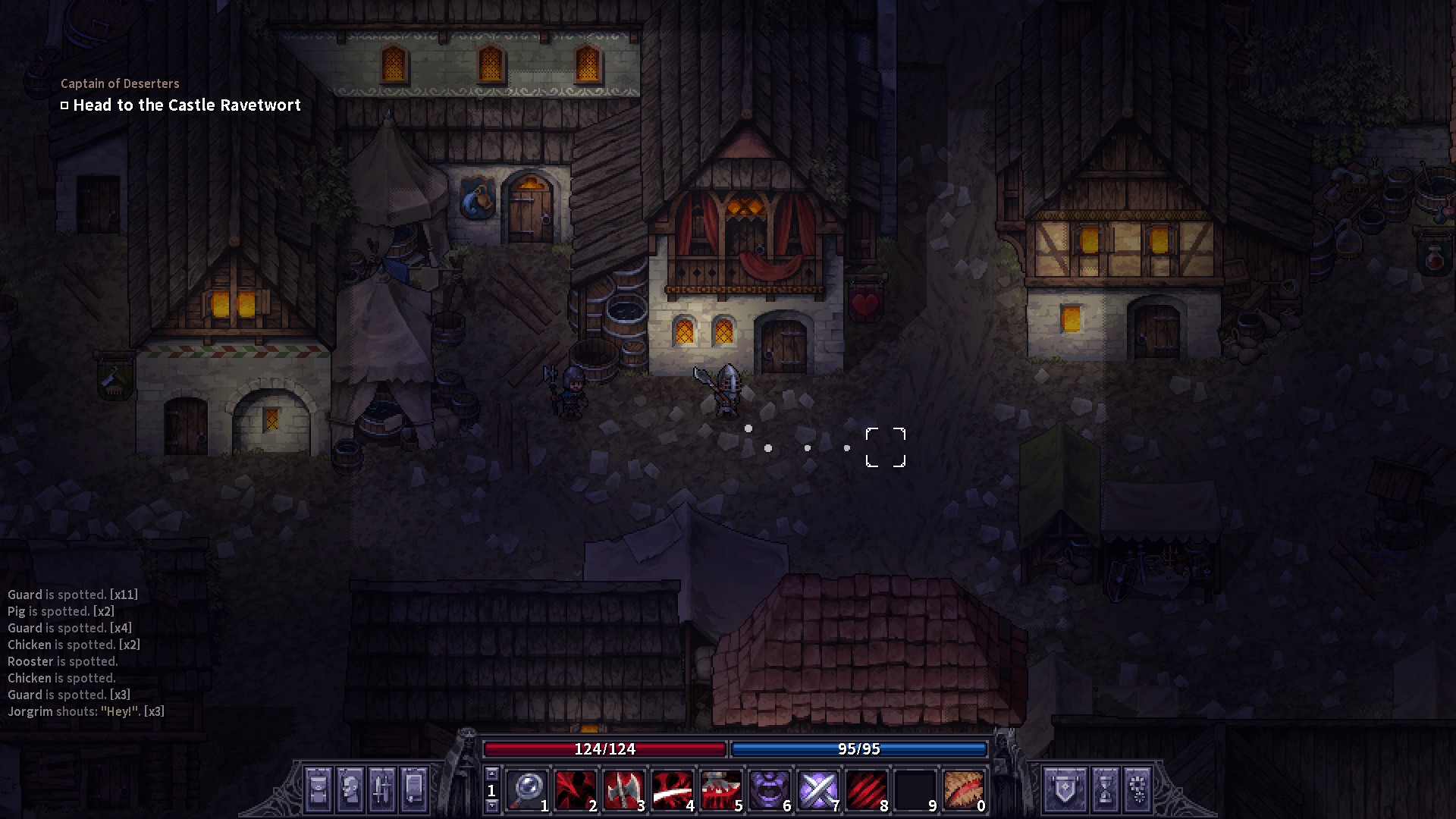 Comes 3 in 1 with a threshing shed, hot bath, and a brothel. I know you guys are really curious about the whorehouse but it will probably the last place they’ll add. There is also an empty general merchant stall and a well just across. 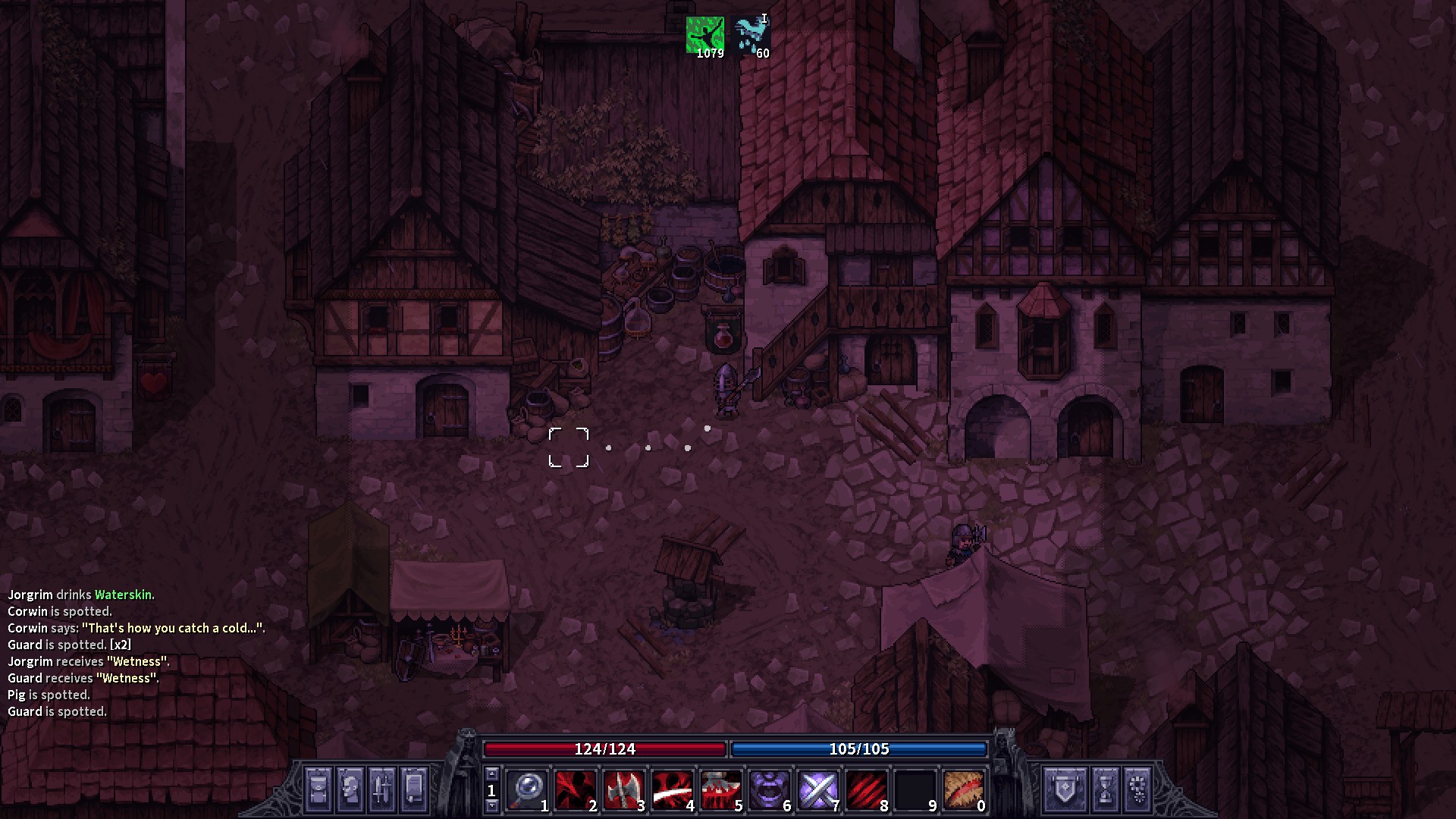 Where you could find potion strong enough to defeat a dragon, unfortunately, the seller is not implemented yet 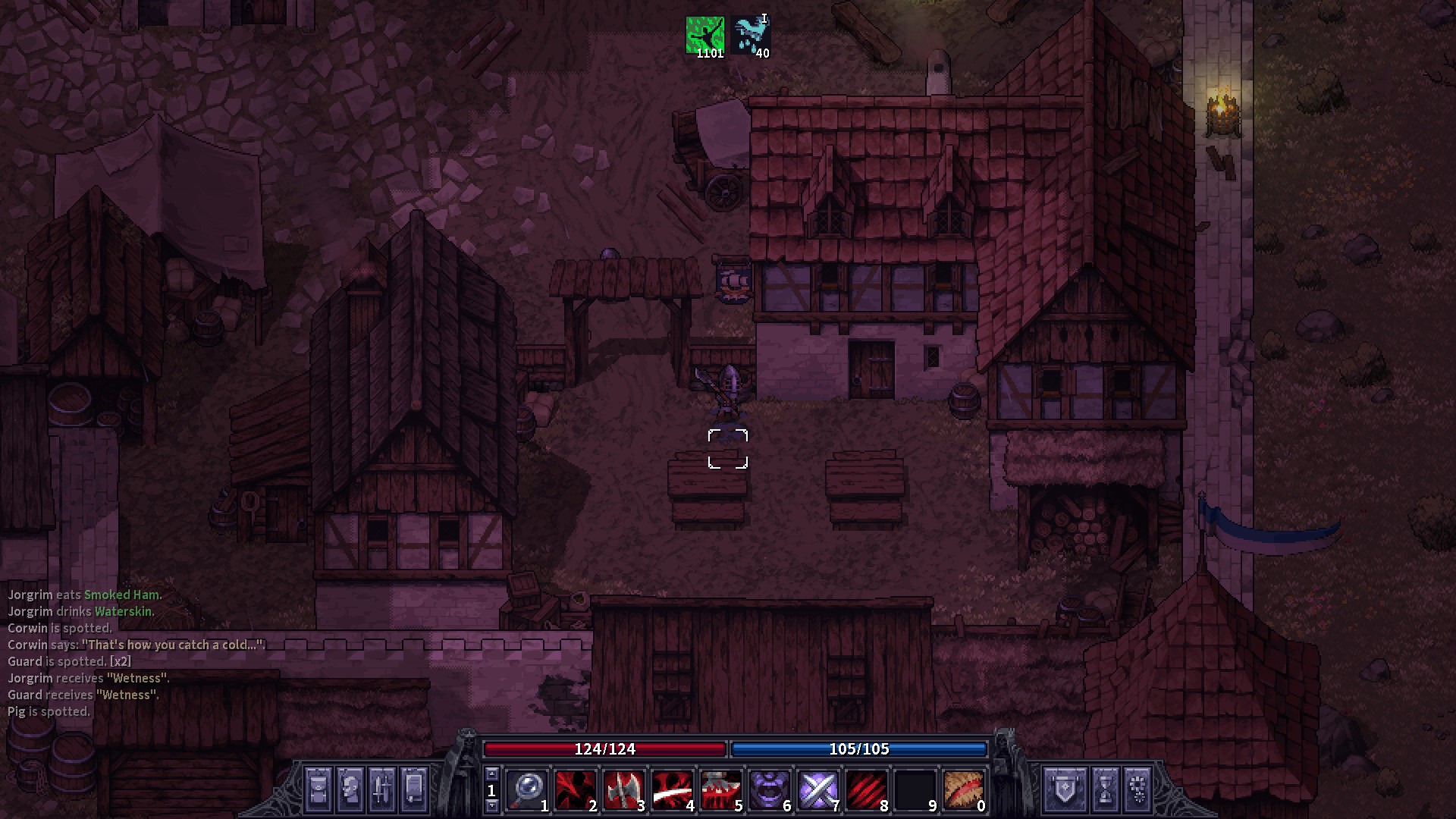 Or maybe a shipwright’s office, idk for sure. 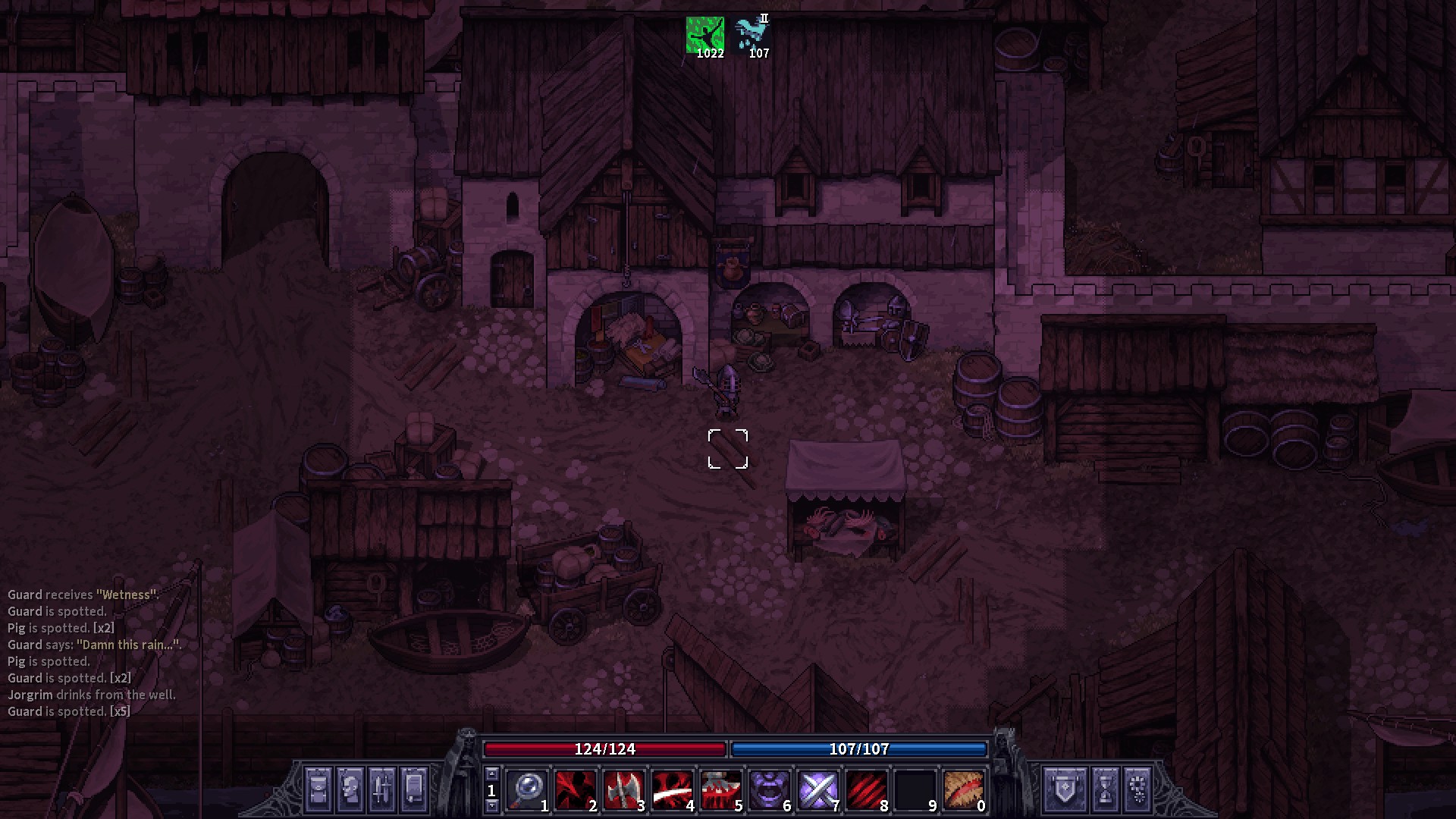 There will definitely be merchants here, my bet is they will be selling trade goods for the upcoming major update

A small coastal dock, absolutely nothing else of interest here aside from an insanely huge amount of leeches

I’m feeling rather optimistic that this guide will get increasingly more questions as the updates begin to roll in. So for now, I’ll just make up my own questions to fill in this section


Q: Where can I buy lockpicks?


Q: How do I repair my equipments?

A: Go back to Mannshire for that


Q: Anything else of Interest?

A: Try finding the Rotten Willow Tavern if you can (hint: It’s nowhere in brynn) 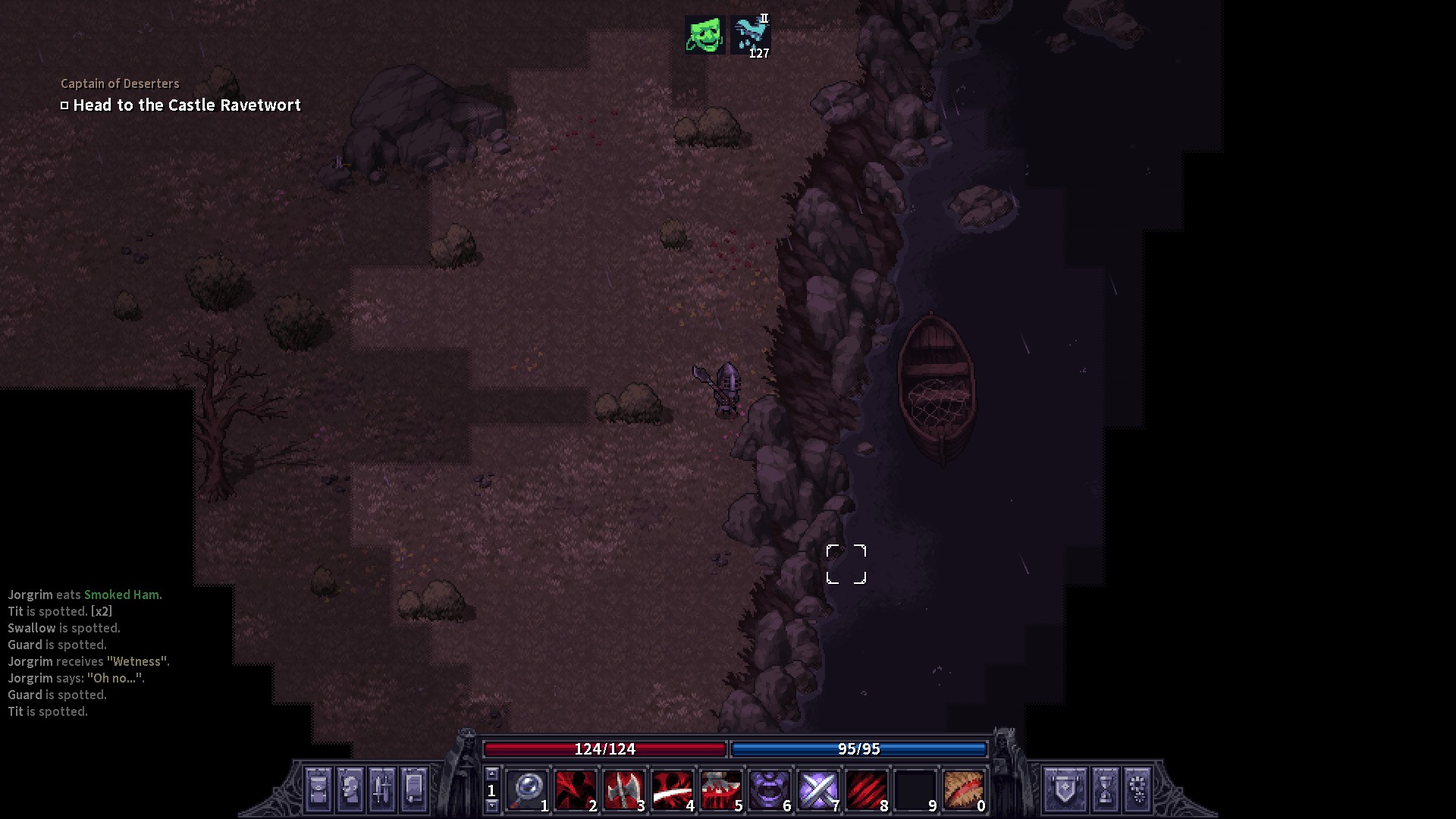 Here we come to an end for the Traveler’s Guide to Brynn – Stoneshard guide. I hope this guide has helped you with your gameplay. If you have something to add to this guide or believe we forgot some information to add, please let us know via comment! We check each comment manually by approving them!